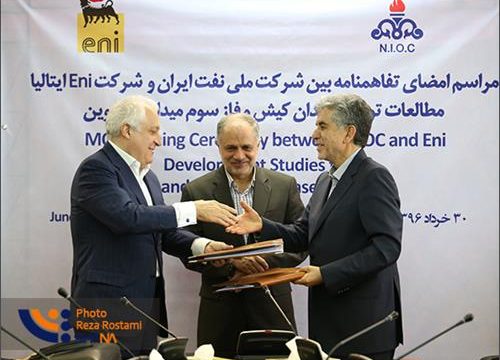 Shana — The National Iranian Oil Company (NIOC) and Italy’s Eni Company signed a memorandum of understanding (MoU) for Eni to carry out studies over Kish and Darquain fields in Iran.

The two sides inked the document on Tuesday at NIOC’s headquarters in Tehran.

Based on the deal, Eni will carry out appraisal studies for developing the two fields and will seek out Iranian or foreign partners for the project, said Ali Kardor, managing director of NIOC, during the signing ceremony of the MoU.

So far NIOC has signed 75 similar documents with foreign and Iranian developers and has so far received the results of studies for 22 projects.