A Look at Iranian Newspaper Front Pages on June 20

Iran Front Page- IFP has taken a look at the front pages of Iranian newspapers on Tuesday and picked headlines from 14 of them. IFP has simply translated the headlines and does not vouch for their accuracy.

The top story today was the Islamic Revolution Guards Corps’ attacks on ISIS positions in Syria’s Deir ez-Zor, and the worldwide reactions to the Sunday night’s move.

Newspapers also covered the remarks made by Ayatollah Seyyed Ali Khamenei, the Leader of Iran’s Islamic Revolution, about the slap Iran will give terrorists. 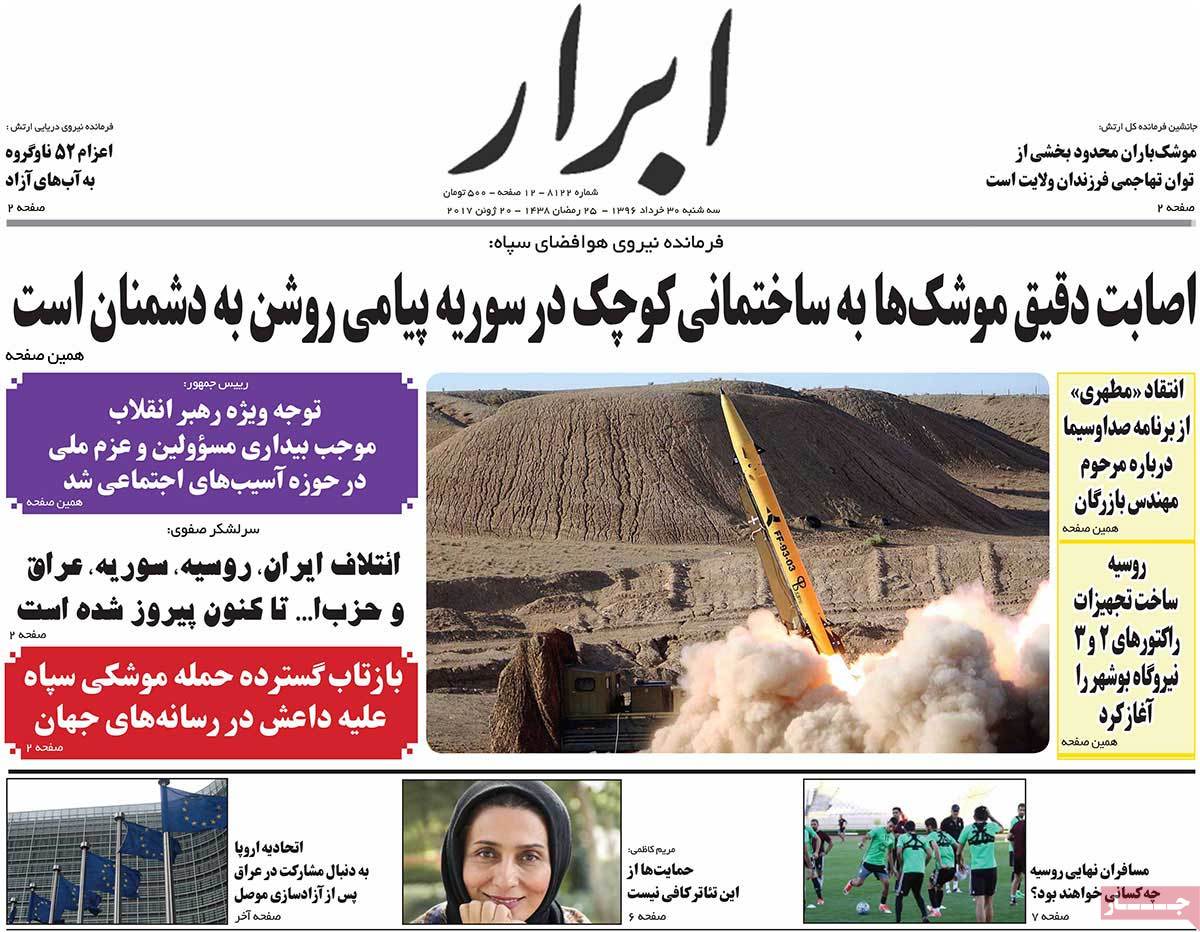 3- Countdown Begins for Oil Extraction from Joint Field with Iraq 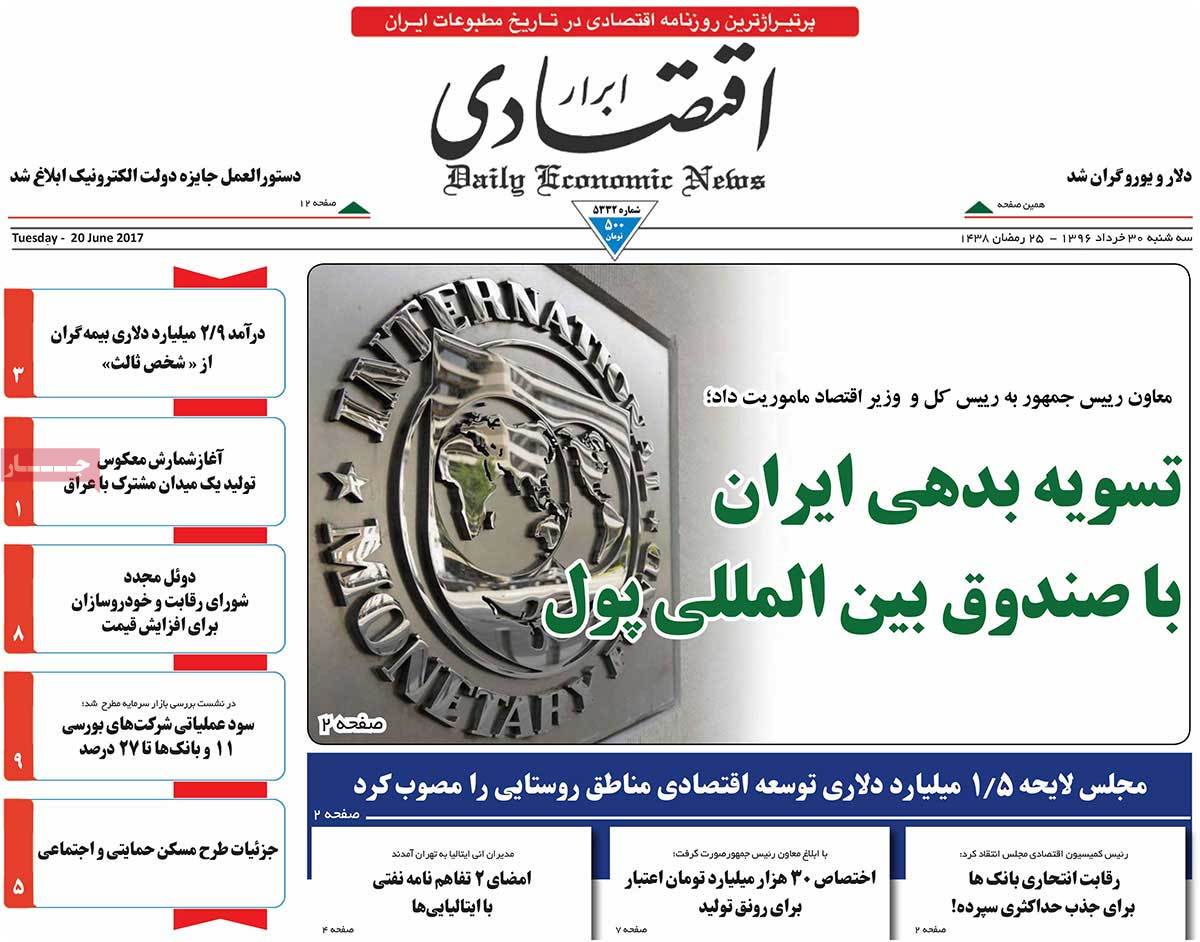 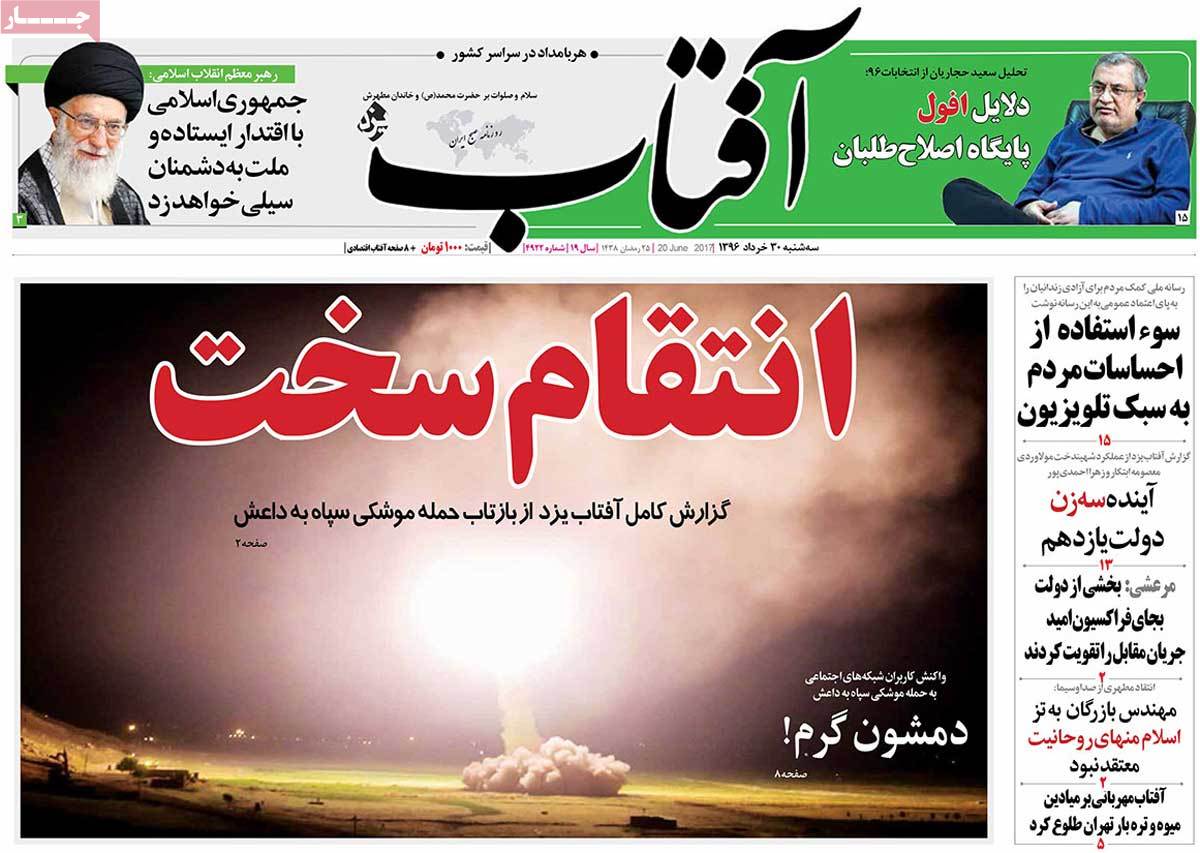 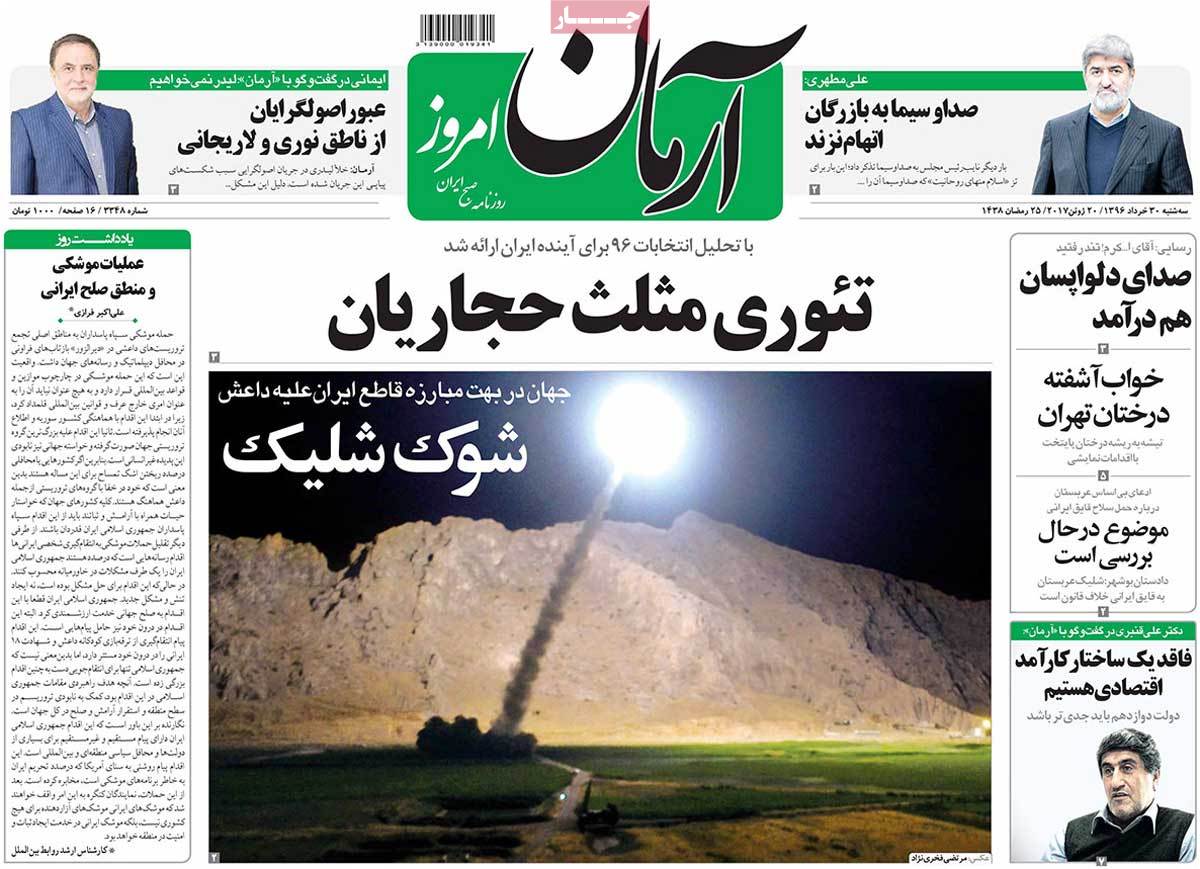 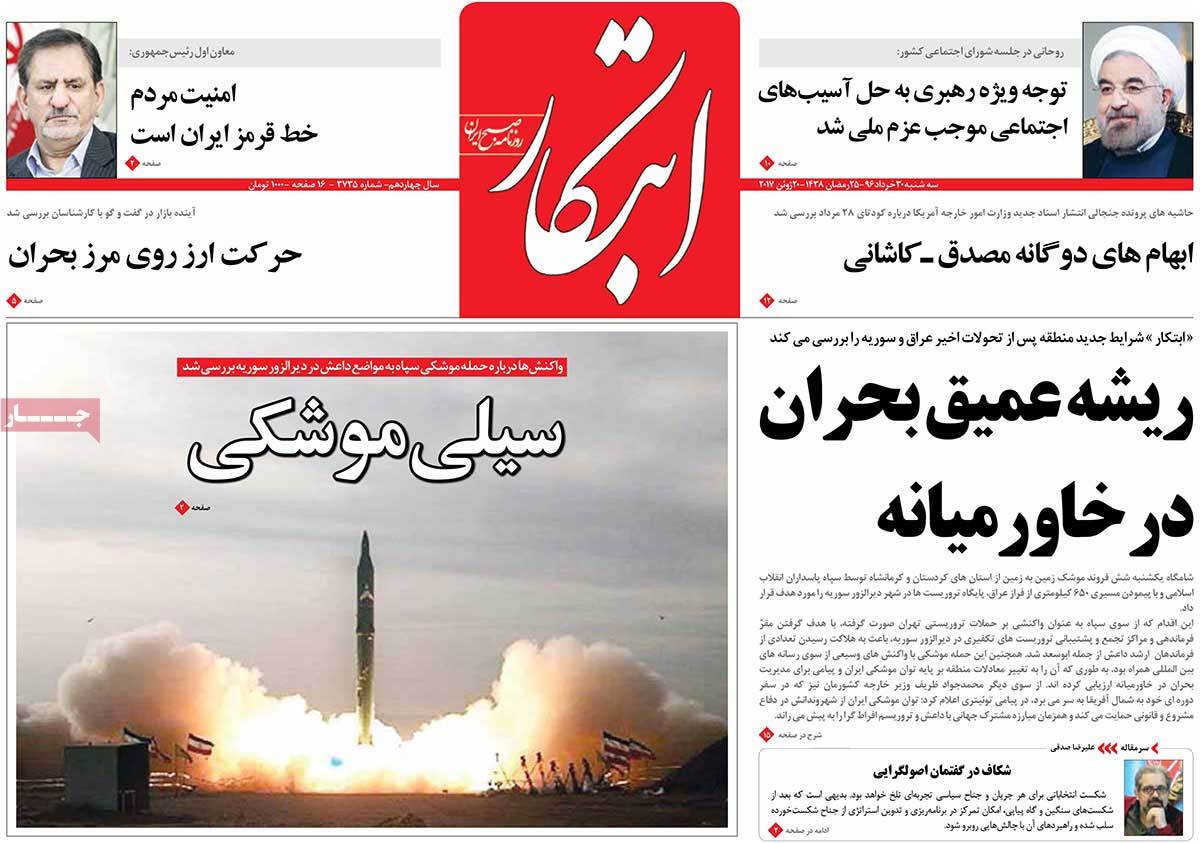 2- Many of ISIS Elements Killed in Attack; Their Equipment, Weapons Destroyed 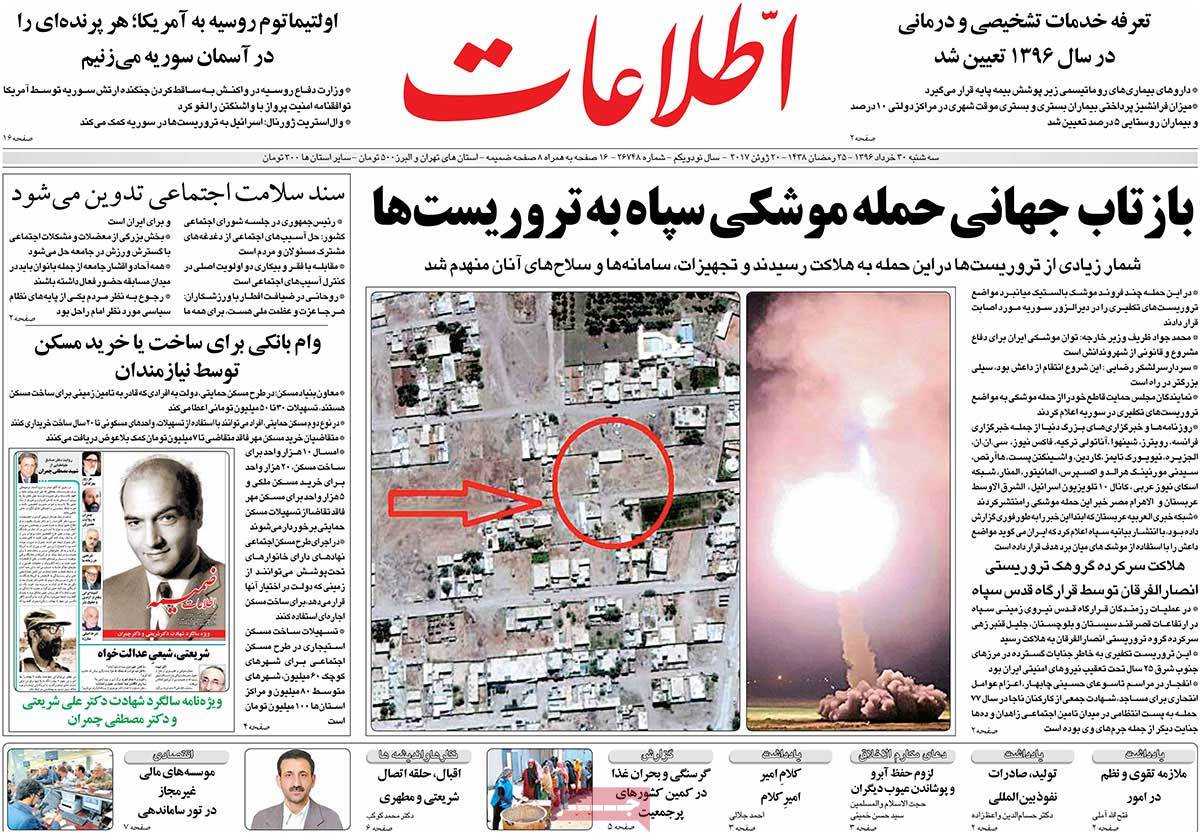 1- Shooting ISIS in the Head: Widespread Reactions to Iran Attacks

2- Iran’s Top Officer: Hegemonic Powers Not Capable of Fighting against Iran for Now 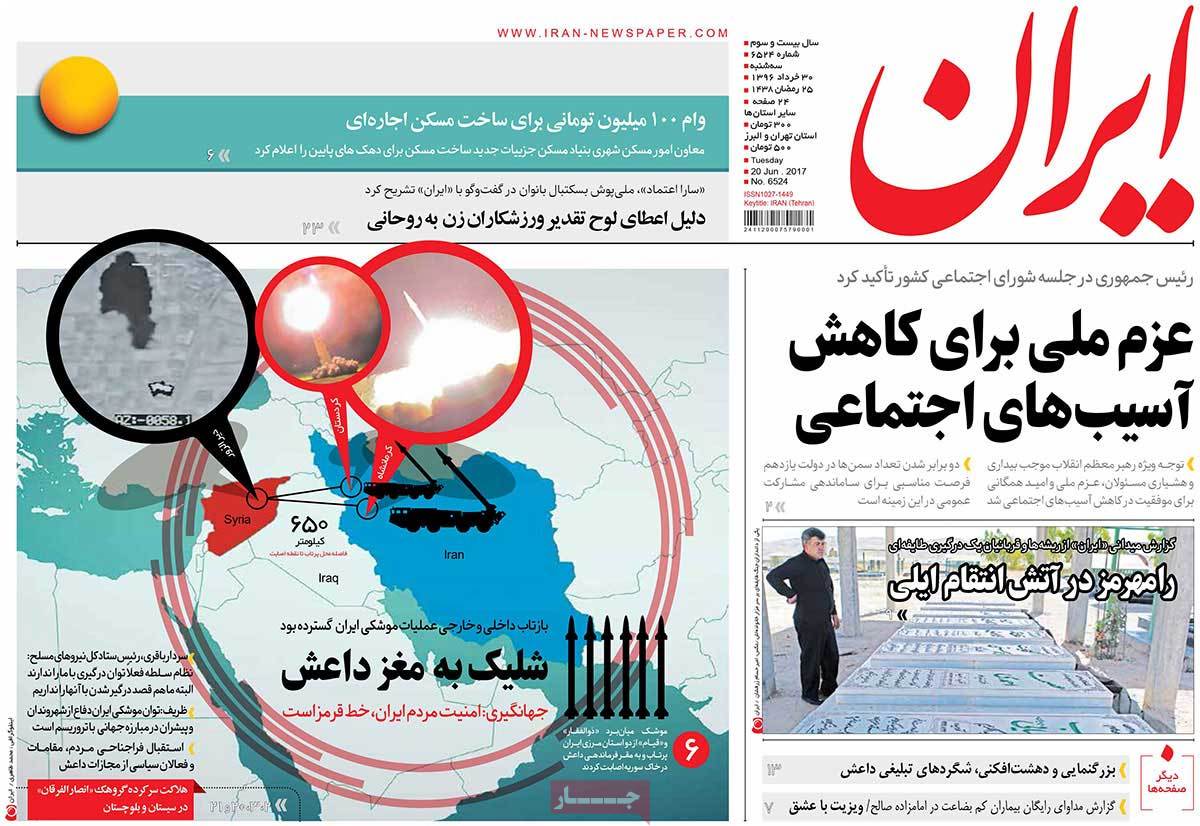 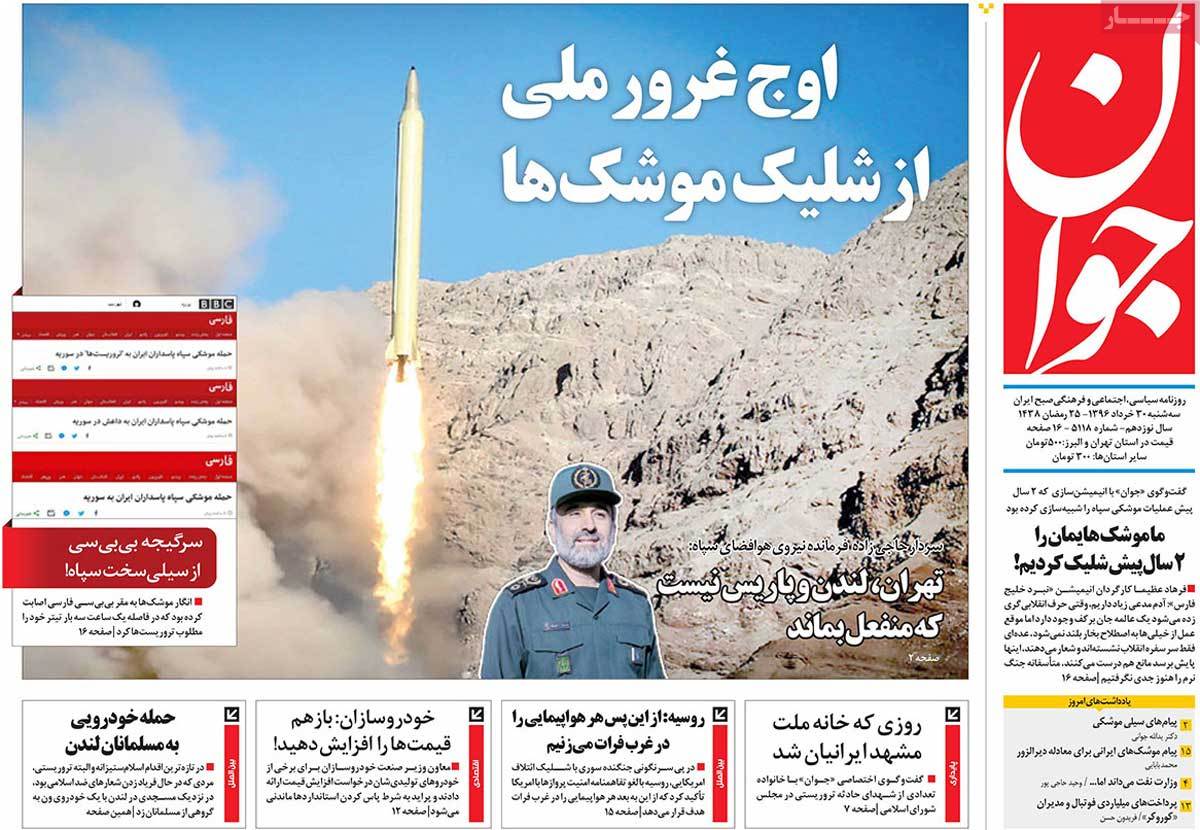 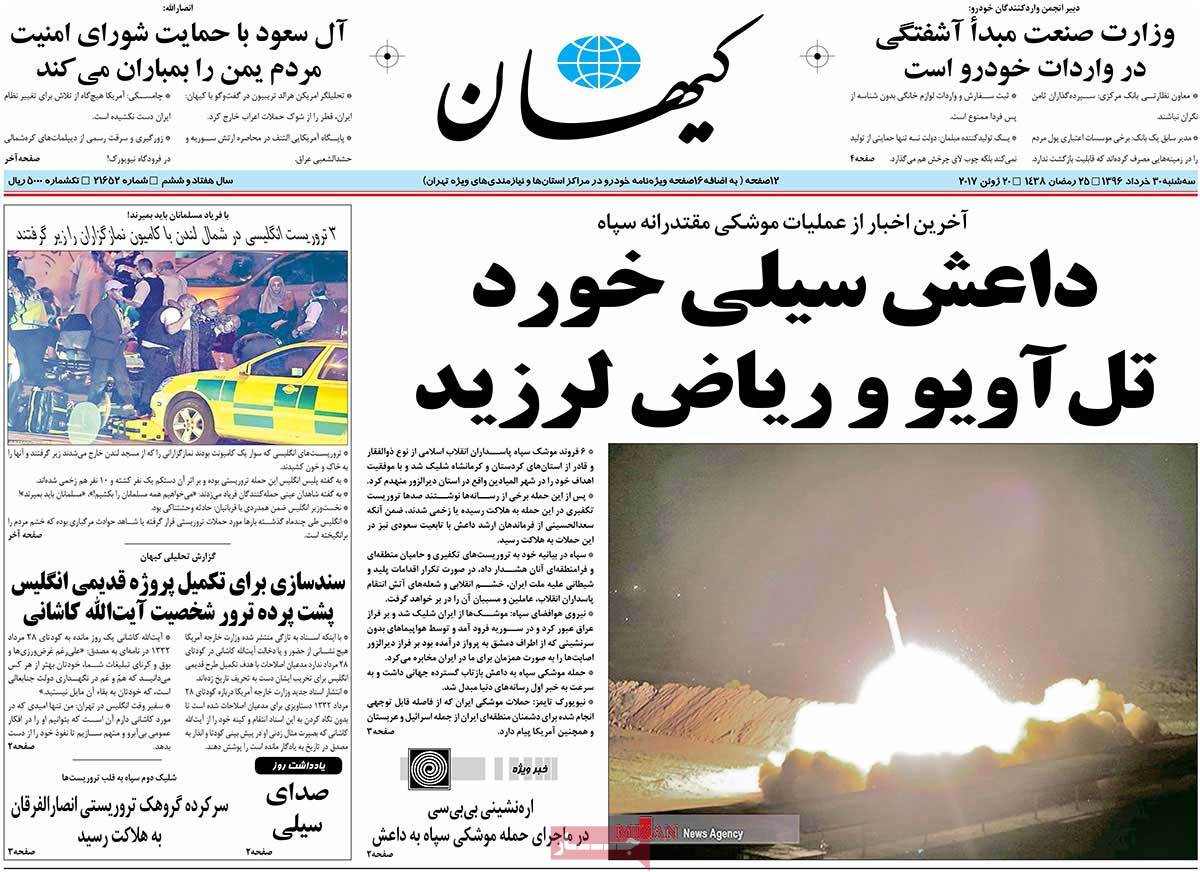 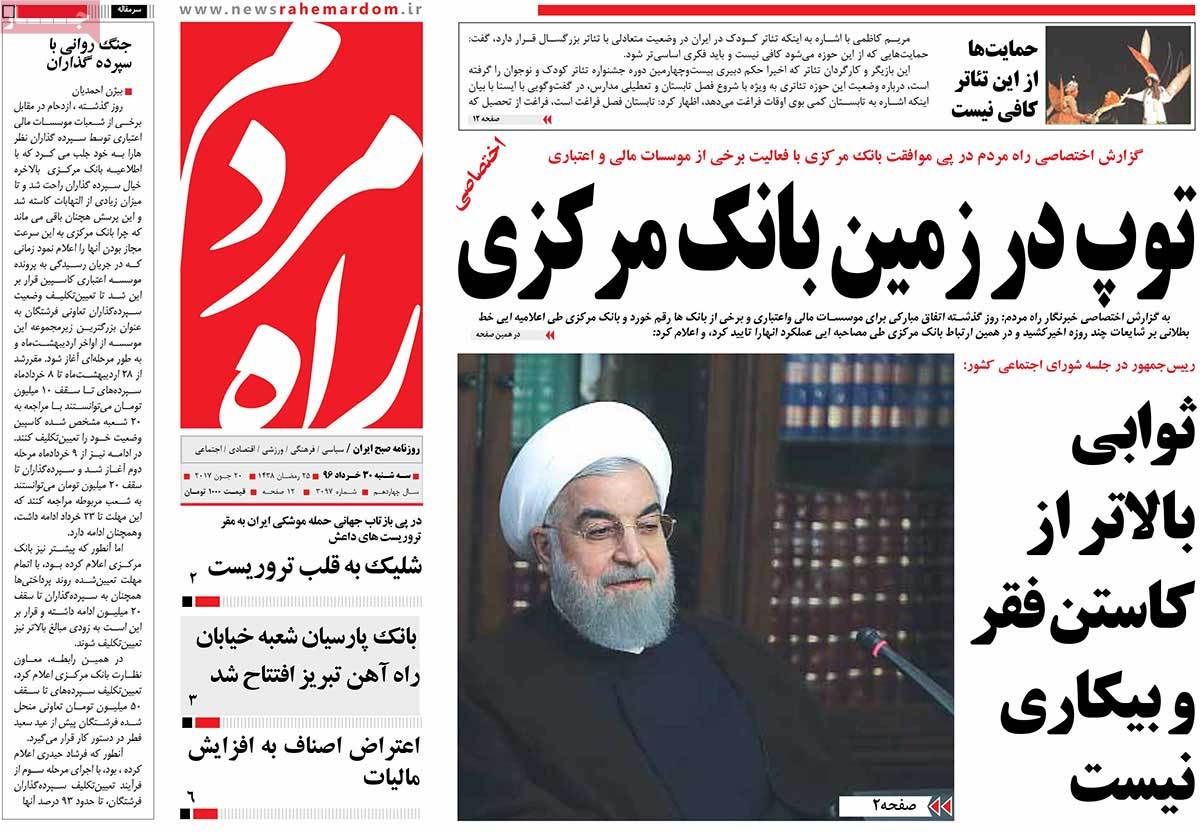 2- Judiciary Chief Warns Those Who Cooperate with Enemies 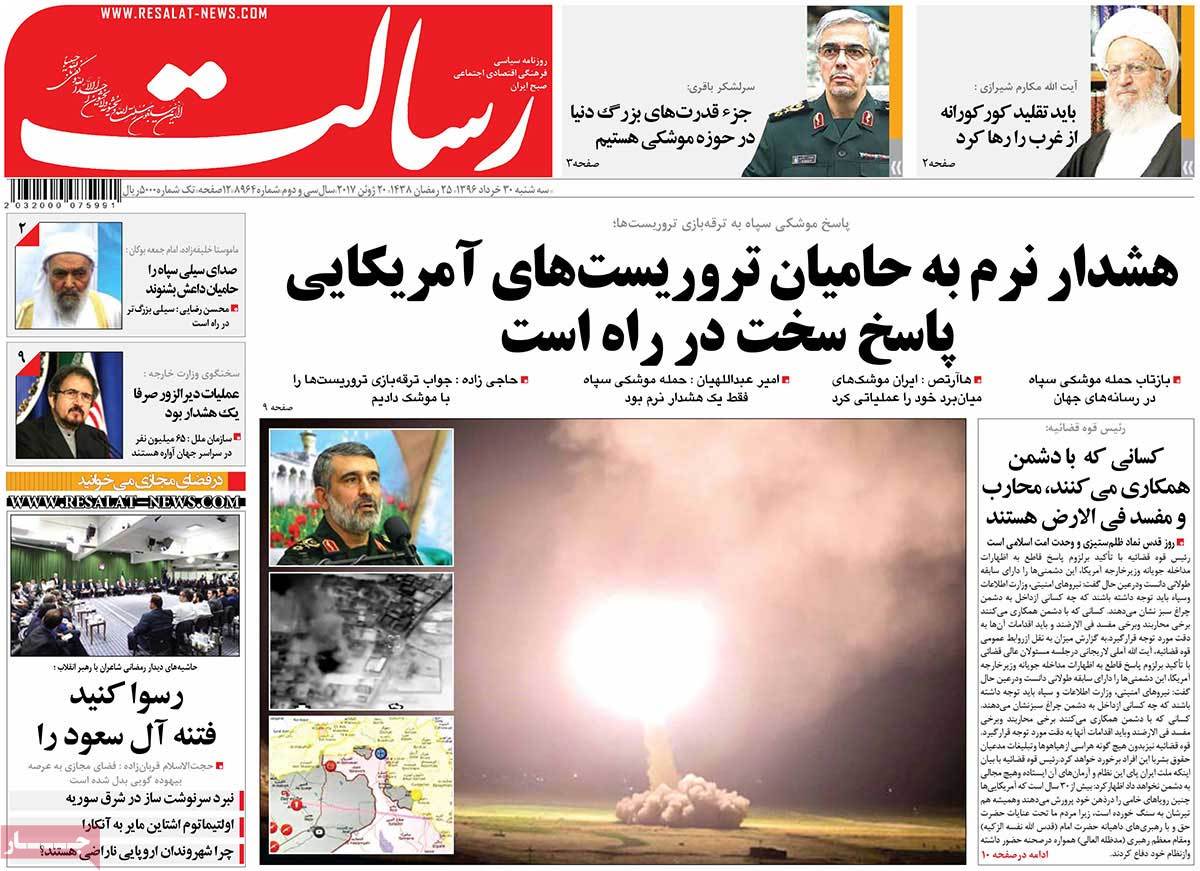 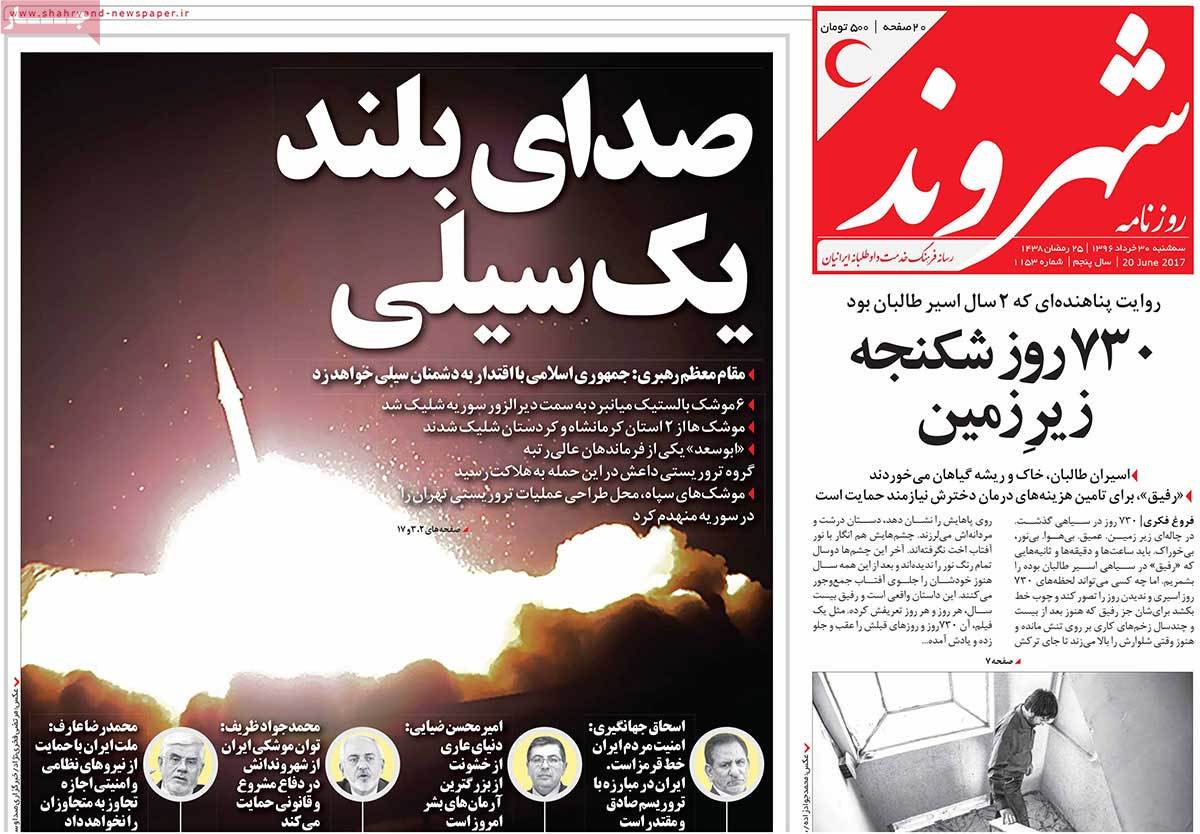 2- Leader: Those Who Wish to Change Islamic Republic Will Take Dream to Grave 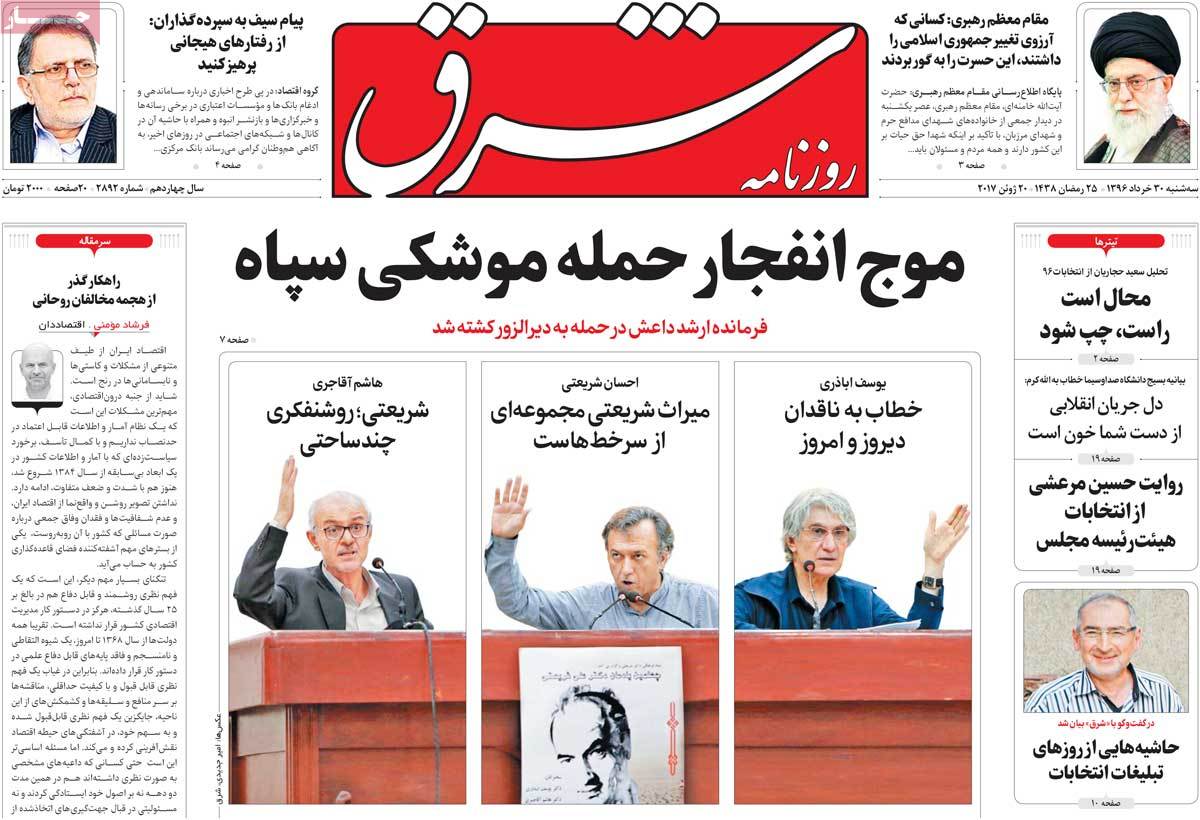 3- Last US Envoy to Damascus: Game Is Over, US Was Defeated, Iran Won 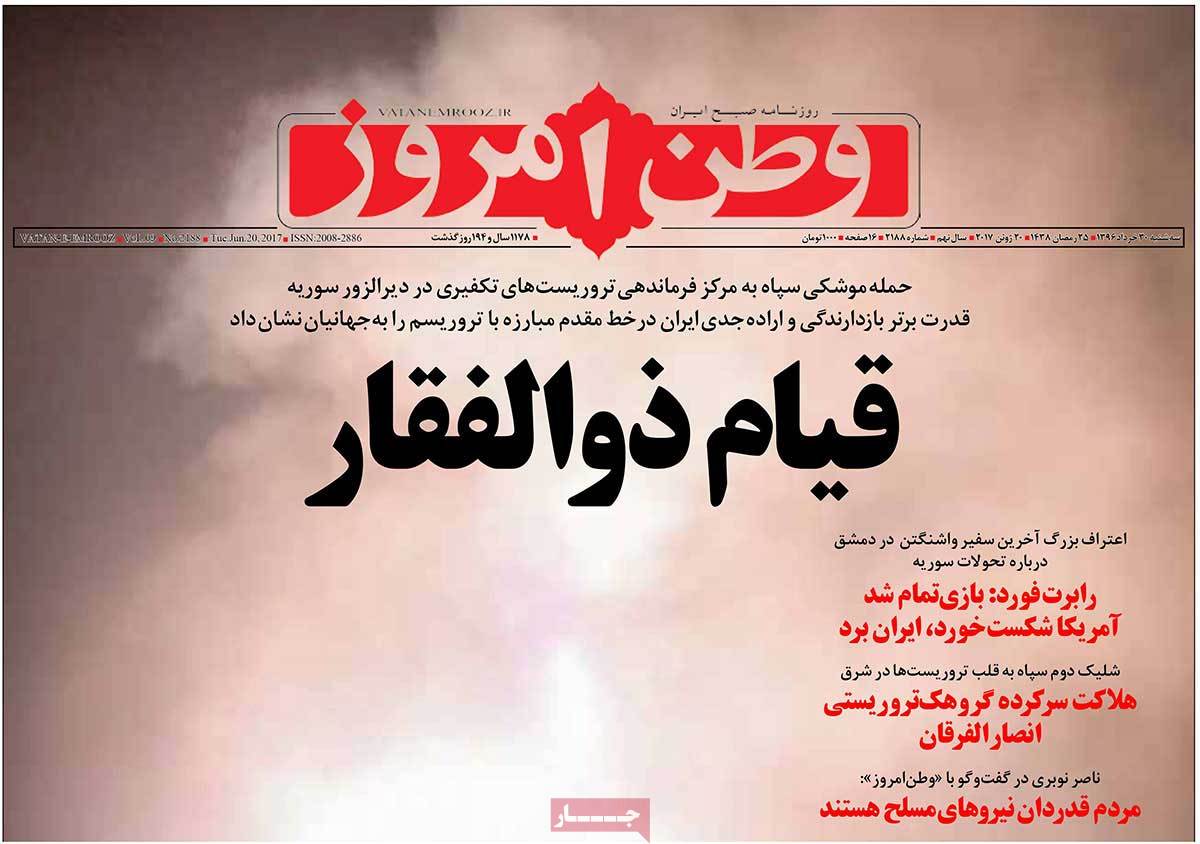