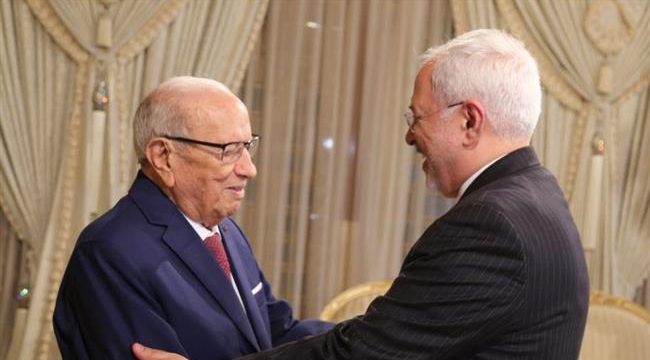 Zarif met with Essebsi on Monday, after being officially received at the airport in Tunis by his Tunisian counterpart Khemaies Jhinaoui.

The Iranian foreign minister arrived in Tunisia earlier in the day in the final stage of a tour of North African countries. Before that, he traveled to Mauritania and Algeria, where he met with official and dignitaries.

Earlier, Iranian Foreign Ministry Spokesman Bahram Qassemi announced that Zarif was on this tour via an official request.

“The aim of this trip is for negotiating regional topics such as Syria and the Persian Gulf Issues,” he said.