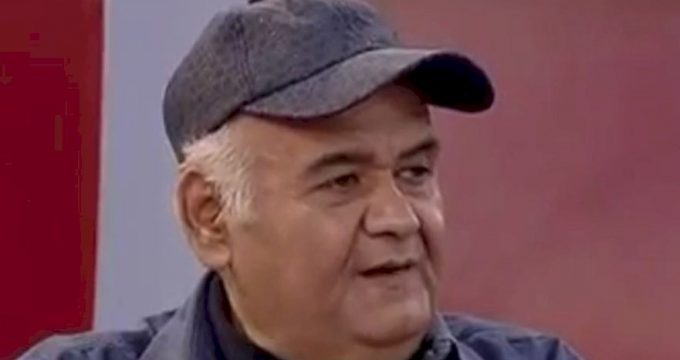 Financial Tribune- The cinematheque of Iranian Artists Forum (IAF) in Tehran will review some of the best works of the popular actor Akbar Abdi for a week.

A total of seven movies will be screened at a program titled ‘Akbar Abdi in the Frame of Cinema’ from June 21-27, cinematicket.org reported.

Mostly known as a comedian, Abdi, 56, is of Iranian-Azeri descent from Ardebil. He began his career with the children’s TV series ‘The Traffic Neighborhood’ in 1981. He proved his talent through another series for children ‘I am Late for School Again’.

Abdi has chosen diverse characters to play in various movies and is respected as a classic movie star with a successful career. He has played a broad array of comedy roles during his artistic career including ‘The Actor’ directed by Mohsen Makhmalbaf (1993) and ‘The Snowman’ by Davoud Mirbagheri (1995).

He is the only Iranian male actor who has assumed the role of women in three different films ‘The Dreamy’ by Fereydoun Jeyrani (2013), ‘I Feel Sleepy’ by Reza Attaran (2010) and ‘The Snowman’ (1995). His performance in ‘I Feel Sleepy’ where he played the role of an old woman brought him the Crystal Simorgh for the best supporting actor at the 30th Fajr Film Festival.

The accomplished actor also has a brilliant performance as a mentally-challenged person in the late filmmaker Ali Hatami’s acclaimed film ‘Motehr’ (1991) for which he won his first Crystal Simorgh for the best supporting actor at the 8th Fajr Film Festival.

According to the IAF cinematheque program, the following films will be shown every night at 9:30 from Wednesday June 21 respectively: ‘The Tenants’ directed by Dariush Mehrjui, ‘Motehr’, ‘Oh Iran’ (1990) by Naser Taqvai, ‘Reyhaneh’ by Alireza Reisian, ‘The Love-Stricken’ by Ali Hatami (1992), ‘The Game Rules’ by Ahmadreza Motamedi and ‘I Feel Sleepy’.