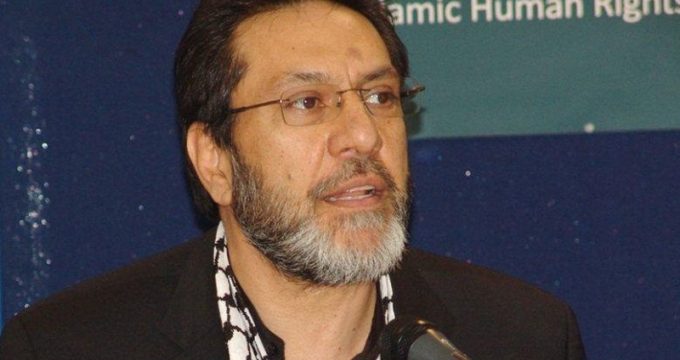 IRNA – Chairman of Islamic Human Rights Commission Massoud Shajareh believes that after years of Al-Quds day demonstrations in London, it has become part and parcel of UK’s events.

Al-Quds day is the largest annual demonstration anywhere in the world. It is commemorated in the Muslim world in places from Africa to Western world.

Every year from the information that we receive it is further expanded into other parts of the world and this is the significance of it.

This has become part and parcel of the programme of the year. Even the Police sometimes contact us before the day and tell us that the Al-Quds day is approaching, so it is part of their calendar now.

The significance of Al-Quds day goes far beyond that. Al-Quds demonstration is the one that is objected by the Zionists in Britain and Israel.

Every year, Zionists try to stop this demonstration to take place. One of the reasons that they offer is that the event is the only pro-Palestinian rally and against the atrocities of Israelis which is a Muslim platform and it is joined by Jews, Christians, Muslims, people of no faith, and people of all different backgrounds.

They are all Palestinians who are against the atrocities and war crimes committed on the daily basis everyday, every year for the last 70 years in illegal occupied land of Palestinians.

It is in support of the resistance of the Palestinians and therefore it has become targeted every year
This year we have seen similar targeting taking place.

On the details of this years’ programme, Shajareh said,’This year we are starting the demonstration from BBC and then we march towards American Embassy. There is combination of organizations who are supporting and some new groups have joined.

The Zionists do everything to divert attention. They try to bully and as usual accuse the demonstrators by either being anti Semitic or that they are supporting terrorism.

As a matter of fact when you look and study the Zionist institutions, you see that every time any one from anywhere in the world with any background that criticizes Israel for committing apartheid, illegal war crime and occupation, they come up with the same thing, either using the bullying tactic by calling them anti-Semitic or calling them terrorists.

As long as they are concerned, whoever criticizes Israel is not a human being. This is a tactic of bullying but we are not going to stop.

This year, they were campaigning for the last three months, writing letters to the Mayor trying to stop Al-Quds day and stop people bringing Hezbollah flag claiming that this is a support for terrorism, but the fact is all these acts are legal, it is legal for people to go into the streets and stand up for justice for Palestine and it is legal for them to carry Hezbollah flag because we argued that the flag belongs to the whole organization; it is for HEZB ALLAH meaning the Party of Allah, so it is a political flag and its not part of the military wing of Hezbollah so people have the right to support it.

Recently we had a discussion with the police and we have cleared this matter.

People are gathering at 3 o’clock this Sunday and speakers are speaking on the platform from all different backgrounds. In this gathering, we have very large number of religious Jews, secular Jews, Jewish organizations, we have Christian clerics, we have Muslim Imams as well as Jenny Tonge who is a member of the House of Lords who is speaking there.