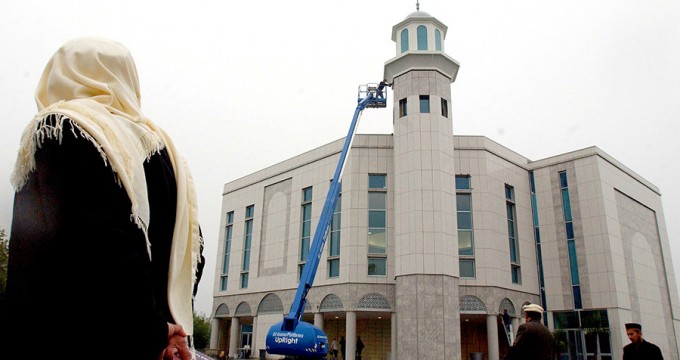 1 dead in crash near London mosque suspected as terrorism

AP — A vehicle struck pedestrians near a mosque in north London early Monday morning, killing one man and injuring 10 other people in what police are investigating as a terrorist incident.

Police said the 48-year-old man who was driving the car has been arrested and taken to a hospital as a precaution. He will be given a mental health evaluation.

The crash occurred at a time when the multiethnic neighborhood was crowded with Muslims leaving the Finsbury Park mosque after Ramadan prayers. Muslim leaders called it a hate crime and asked the public to stay calm.

Police said the driver was detained by the crowd until police arrived.

The crash occurred shortly after midnight, when police received reports of a collision between a van and pedestrians. Police said eight of the injured were hospitalized; the other two had minor injuries and were treated at the scene.

Eyewitnesses reported seeing police give emergency heart massage to at least one of the injured.

A leader of the Muslim Council of Britain called for extra security at mosques in light of the apparent attack. The group’s general secretary, Harun Khan, described the incident as a hate crime against Muslims.

“During the night, ordinary British citizens were set upon while they were going about their lives, completing their night worship,” he said. “It appears from eyewitness accounts that the perpetrator was motivated by Islamophobia.”

London Mayor Sadiq Khan, the first Muslim to serve in that position, said extra police would be deployed.

London police closed the area to normal traffic. A helicopter circled above the area as a large cordon was established to keep motorists and pedestrians away.

Eyewitnesses told Sky News and other British media that the van seemed to have veered and hit people intentionally.

Mohammed Shafiq of the Ramadhan Foundation, a Muslim organization, said that based on eyewitness reports, it seems to be a “deliberate attack against innocent Muslims.”

The Finsbury Park mosque was associated with extremist ideology for several years after the 9/11 attacks in the United States, but was shut down and reorganized. It has not been associated with radical views for more than a decade.

It is located a short walk away from Emirates Stadium, home of the Arsenal football club in north London.

Prime Minister Theresa May described the crash as a “potential terrorist attack” and said she would chair an emergency security Cabinet session later Monday.

She said her thoughts were with the injured, their loved ones and emergency officials who responded to the incident.

Britain’s terrorist alert has been set at “severe,” meaning an attack is highly likely.

Earlier this month, a van veered into pedestrians on London Bridge, setting off vehicle and knife attacks that killed eight people and wounded many others on the bridge and in the nearby Borough Market area. Three Muslim extremists who carried out the attack were killed by police.

Manchester was also hit by a severe attack when a bomber killed more than 20 people at an Ariana Grande concert.