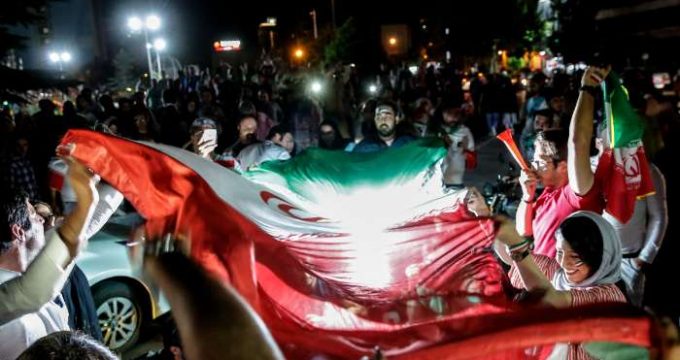 Oslo Forum 2017 opened Tuesday with participation of officials from numerous countries and international organizations, including Iran’s Foreign Minister, the US former Secretary of State, Indonesia and Norway Ministers of Foreign Affairs.

Iran’s Supreme Council of the Cultural Revolution decided on Tuesday that Tehran should back out of the UN-devised global education agenda, known as Education 2030, citing the country’s own detailed documents in the field of education.

The former US Secretary of State has been quoted as saying that the Obama administration was under heavy pressure from certain countries in the Middle East to bomb the Islamic Republic of Iran.

European Union on Wednesday confirmed Iran’s commitment to nuclear deal and recalled the importance of ensuring the necessary resources for the Agency to carry out its mission of verification and monitoring of Iran’s nuclear-related commitments.

Senate passes measure to expand sanctions on Iran and Russia

The Senate on Thursday overwhelmingly passed legislation that would impose new U.S. sanctions that would target Iran’s ballistic missile program, human rights violations, and yet it would still comply with the Iranian nuclear deal.

Zarif’s correspondence with Mogherini over US breach of JCPOA: MP

A senior Iranian lawmaker said Foreign Minister Mohammad Javad Zarif’s recent letter to EU Foreign Policy Chief Federica Mogherini was a reaction to the West’s default on the nuclear deal between Tehran and the P5+1 group.

Iran’s parliament to weigh retaliatory move after US sanctions bill

The Iranian lawmakers are going to discuss a motion to take reciprocal measures in retaliation to a bill the US Senate has passed to impose new sanctions on Tehran, an Iranian MP said.

The Atlantic Council (an American think tank) is scheduled to hold a meeting Sunday on the future of Iran nuclear deal also known as Joint Comprehensive Plan of Action (JCPOA).

Commander of the Ground Force of Islamic Revolution Guards Corps (IRGC) Brigadier General Mohammad Pakpour elaborated on the anti-terrorist operations in Qasr-e-Qand and denied any conflict along western borders of the country.

Saudi Arabia’s coastguard has killed an Iranian fisherman in the waters south of Iran, a senior border official of the Islamic Republic says.

Iran has cleared more than 40% of the fine it was told to pay Turkey by an international tribunal for overpricing natural gas it sold to the Eurasian country, said Asadollah Gharekhani, spokesman for the Majlis Energy Commission.

Iranian banks’ progress in adapting to their financial statements with the new model set by the Central Bank of Iran was around 20-30% during the previous Iranian year (ended March 20), said a private bank’s board member.

Iran expects to sign a long-delayed gas deal with French oil major Total (TOTF.PA) in the next few weeks, Iranian Oil Minister Bijan Zanganeh was quoted as saying on Saturday.

Iran, Russia, Turkey working on agenda of next Syria talks in Astana

Tehran, Moscow and Ankara, as the main initiators of the intra-Syrian talks in Astana, are working on the agenda for the next round of Syria peace talks in Kazakhstan’s capital.

Russia’s Defense Ministry says its airstrike may have killed Daesh leader Abu Bakr al-Baghdadi in the Syrian city of Raqqah.

New photos have been released showing senior commander of the Islamic Revolution Guards Corps, Major General Qassem Soleimani, on a pilgrimage to the holy city of Karbala.

The Latest on developments in Syria (all times local):

Iranian actor Bahram Radan will be one of the torch bearers of the 2018 Winter Olympics known as PyeongChang 2018.

President Rouhani met with the coach, players and the coaching staff of the national football team and commemorated the Qadr nights and said: “Imam Ali (AS) is the great example of valour and courage”.

Filmmakers from 40 countries are set to participate in the 30th International Film Festival for Children and Youth, which will open in Iran’s historical city of Esfahan later this month.

Today, around the world, over 250 million people are directly affected by desertification.  About 1 billion people – in over 110 countries – are currently at risk of its consequences.