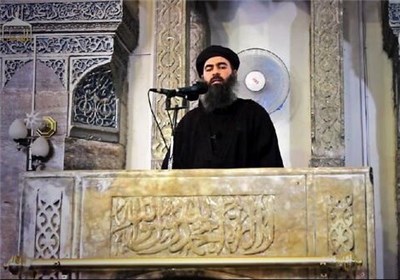 How reported death of al-Baghdadi could affect Daesh

Sputnik News– On Friday, the Russian Defense Ministry reported that Daesh leader Abu Bakr al-Baghdadi may have been killed as a result of a Russian airstrike south of Raqqa in late May.

The Daesh leader may have been alongside other leaders of the extremist group and 330 terrorists killed in the airstrike.

“As a result of the Su-35 and Su-34 airstrikes, high-ranking commanders of the terrorist groups who were part of the so-called IS [Daesh] military council, as well as about 30 mid-level field commanders and up to 300 militants of their personal security, have been killed,” the ministry said in a statement.

The death of al-Baghdadi has not yet been confirmed though.
On Friday, Russian Foreign Minister underscored that the Russian military did not have 100 percent proof of the Daesh leader’s elimination.
He noted that the possible elimination of Baghdadi shouldn’t be overestimated.

“All examples of such actions on the destruction, ‘beheading’ of terrorist groups have always been presented with great enthusiasm, however, history shows that the fighting capacity of these structures [terror groups] were then restored,” Lavrov told a news conference.

Does Daesh Have a Leader?

According to Russian senator Alexei Pushkov, the death of the Daesh leader would speed up the defeat of the terrorists.

“The death of al-Baghdadi will be a severe blow to IS [Daesh], if confirmed. The group is in full retreat. The death of its leader will prompt a military defeat,” Pushkov wrote on Twitter.

In an interview with Sputnik, Deputy Chairman of Russia’s Federation Council Committee on International Affairs Andrei Klimov underscored that the death of the leader will weaken Daesh but it will not decide the fight against terrorism.

“The reported death of Al-Baghdadi does not mean that it is time to stop combat actions [against terrorists],” Klimov said.

The alleged death of al-Baghdadi could help facilitate the liberation of Raqqa, the de facto capital of Daesh, according to Russian Senator Viktor Ozerov, chairman of the Council of the Federation Committee on Defense and Security.

“Ultimately, this will help solve the task of freeing Raqqa,” Ozerov told Sputnik.

According to the lawmaker, the death of the leader usually breaks the commanding structure of a group, and this will happen to Daesh if al-Baghdadi’s death is confirmed.

At the same time, Russian military expert Viktor Murakhovsky questioned the fact that al-Baghdadi is the real leader of Daesh.

“He may have been there at the moment of the Russian airstrike and he may have been killed. But this would not have any serious impact on the course of the conflict in Syria,” Murakhovsky told Sputnik.

According to the expert, as a militant organization Daesh operates rather as a net-centric structure.

The reported death of al-Baghdadi will not disorganize the Daesh ranks, according to Egyptian military expert Gen. Nabil Fuad.

“This will not lead to a strategic breakthrough. Such organizations are based on the principle of rotating leadership in the event of the death of their leader. Possibly, the reported death of al-Baghdadi will be negative for terrorists’ morale,” Fuad told Sputnik.

He noted that there have been several reports of al-Baghdadi’s death, none of which was confirmed.

Later on Friday, the Russian military released a photo demonstrating the results of the airstrike conducted on May 28 against the Daesh headquarters in Raqqa.

In military terms, the airstrike was very well planned and carried out, according to Russian military expert and journalist Igor Korotchenko.

“The released pictures prove that the target was complex, comprising of several buildings. All of them were destroyed in the airstrike. All of the terrorists inside must have been killed there. There can be no survivors after such an airstrike,” Korotchenko told Sputnik.

He also noted that intelligence did very well, including revealing the plan of a “military council” and providing all necessary information for a “sudden pinpoint strike.”

According to Korotchenko, the operation was planned with the use of satellite images, data from radio-radar intelligence and information from drones.