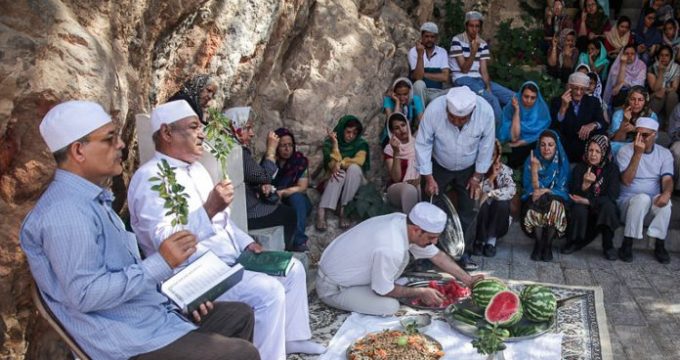 ISNA | Mehraban Afsar Keshmiri: Each year from June 14–18, thousands of Zoroastrians from Iran, India and other countries flock to an ancient fire temple at Pir-e Sabz or Chak Chak village in central Iran. The village Chak Chak is part of Ardakan County in Yazd province, central Iran. A fire temple located in the village is the most sacred of the mountain shrines of Zoroastrianism. Chak Chak serves as a pilgrimage point for pious Zoroastrians who annually flock to the site from Iran and all around the world.