Iranian ICT Minister Mahmoud Vaezi who was in Geneva for a specialized meeting of the International Telecommunication Union (ITU), held talks with a number of ministers from African countries on the sidelines of the World Summit on the Information Society (WSIS) on Friday.

During the meeting, Vaezi said that Iranian companies active producing communication equipment are currently exporting some of their productions to a number of African countries, noting the possibility of exporting Iranian software to the countries in this region as well.

Vaezi also voiced Iran’s readiness to participate in joint projects, research and development, and human resource training with these countries. 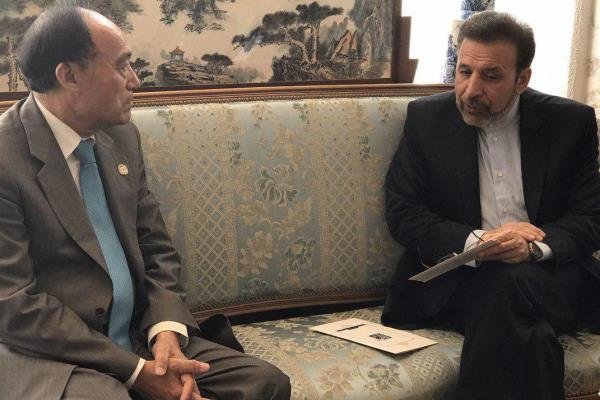 The Iranian ICT minister also held talks with ITU Secretary General Houlin Zhao on Thursday, during which he stressed that Iran was willing to hold specialized ICT courses for students from Asia Pacific countries.

Houlin Zhao, for his part, thanked Iran for active and constructive participation in various meetings of the ITU.

He also expressed hope that the Islamic Republic would be able to play an effective role in the upcoming World Telecommunication Development Conference (WTDC-17) which will be convened in Buenos Aires, Argentina, from 9 to 20 October 2017.