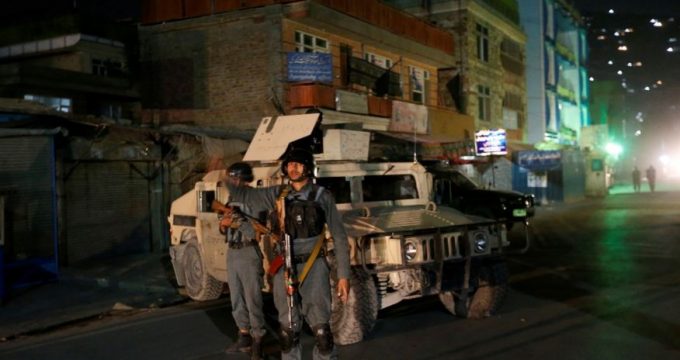 Press TV – Takfiri terrorists have killed at least four people and wounded several others in a bomb attack on a Shia mosque in Afghanistan’s capital city of Kabul amid escalating violence in the country.

On Thursday night, an assailant detonated his explosives when he was prevented from entering al-Zahra mosque in western Kabul, prompting an exchange of fire between police and other attackers.

Daesh Takfiri terrorists claimed responsibility for the attack, which according to the police, killed four people, including three civilians, and injured five others. Local media, however, said the attack claimed the lives of six people.

Witnesses said the exchange of fire continued for almost 30 minutes after the explosion.

It was still unclear whether any dignitaries were among the victims, as the mosque is often visited by officials and politicians.

The Taliban denied responsibility for the attack, claiming they never targeted mosques. However, the group killed more than 140 mostly unarmed soldiers coming back from prayers in an attack near the mosque of an army base in northern Afghanistan in April.

The attack came on top of a string of deadly assaults on civilians in Kabul during the holy month of Ramadan.

On May 31, a truck bomb attack in Kabul’s diplomatic quarter killed over 150 people and injured nearly 400 others. It was followed by a protest in which demonstrators demanded better security in the capital that ended with at least five people killed and dozens injured.

The next day, six people were killed and 90 others wounded when a trio of bomb explosions struck the funeral of a slain protester. The gathering was attended by senior government officials.

On Sunday, the Afghan presidential palace announced in a statement that two of the country’s top security officials, Kabul Police Chief Gen. Shah Hassan Frogh and Kabul Garrison Commander Gen. Gul Nabi Ahmadzai, were suspended from duty after an investigation by the attorney general’s office found they were responsible for lapses in security.

On Wednesday, UN Secretary General Antonio Guterres made an unannounced visit to Afghanistan as the United States mulls sending more troops to the war-torn country.

Afghanistan is still suffering from insecurity and violence years after the US and its allies invaded the country in 2001 as part of Washington’s so-called war on terror. The military invasion removed the Taliban from power, but militancy still rages on in the country.