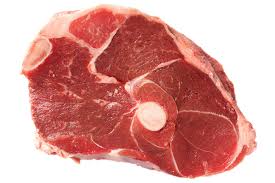 Iran to start exporting meat to Qatar in days

Tehran Times – Iran will start exports of 170 tons of meat per day to Qatar in coming days, Tasnim news agency reported on Wednesday.

According to the report, 80 tons of the total 170 tons required meat for exports will be supplied by Iranian tradesmen.

Iran’s daily meat production stands at 210 tons, 120 tons of which is consumed domestically. Accordingly, the exported meat to Qatar is provided from other countries but no Iran including Armenia, Georgia, and Kyrgyzstan.

In the biggest diplomatic crisis in the region in years, Saudi Arabia, Bahrain and the United Arab Emirates, plus Egypt and Yemen, last Monday announced they were cutting all ties with Qatar, accusing it of supporting extremism.

The diplomatic rift has provided a unique opportunity for Iran to tap into the billion-dollar food market of its Persian Gulf neighbor.

Iran started sending cargoes of food products to Qatar in recent days and as Iranian officials announced it will continue sending such cargos while there is still request from the Qatari side.

Three ships loaded with 350 tons of fruit and vegetables were also set to leave an Iranian port for Qatar.