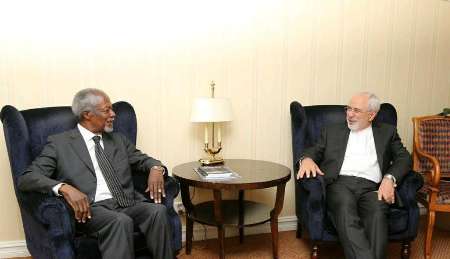 During the meeting, Zarif and Annan discussed a range of international and regional issues.

Two-day Oslo Forum was also attended by US former secretary of states John Kerry as well as number of foreign ministers from different countries.

Zarif also talked with his Slovakian and Croatian counterparts as well as a number of intellectuals and researchers from Europe and the US on the margins of Oslo Forum.