A Look at Iranian Newspaper Front Pages on June 14

Iran Front Page- IFP has taken a look at the front pages of Iranian newspapers on Wednesday and picked headlines from 15 of them. IFP has simply translated the headlines and does not vouch for their accuracy.

Newspapers today covered the remarks made by Iranian Foreign Minister Mohammad Javad Zarif during the Oslo Forum 2017, which was held in the Norwegian capital on Tuesday.

Former US Secretary of State John Kerry’s statements during the Forum were also highlighted. He has been quoted as saying that Mideast leaders had asked him and Obama to bomb Iran.

Newspapers also covered the remarks by EU Foreign Policy Chief Federica Mogherini in support for the nuclear deal between Tehran and world powers.

A decision by Iran’s Supreme Council of Cultural Revolution to back out of the UNESCO’s 2030 Education Agenda also received great coverage today. 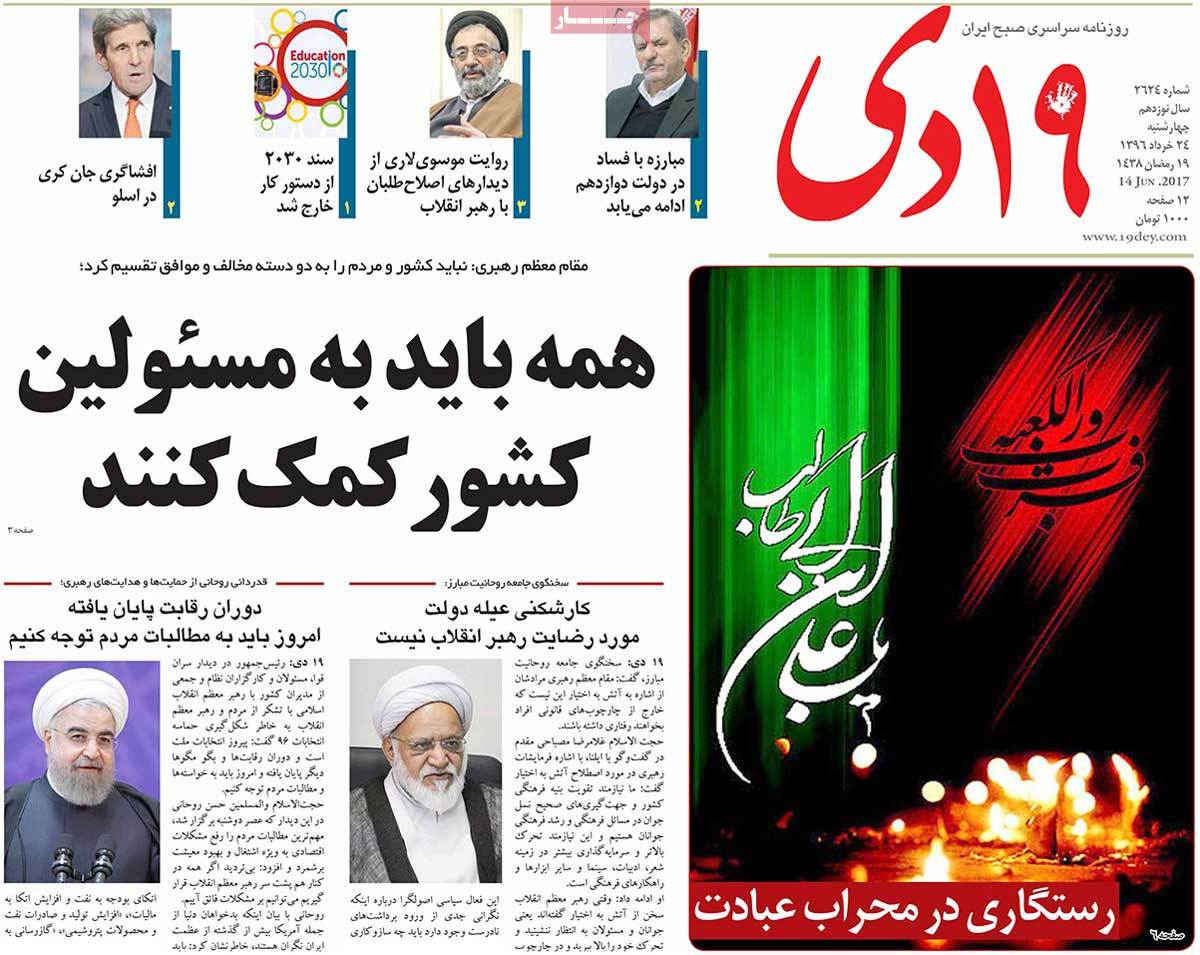 1- ISIS Spokesman: We Should Attack US, Russia, Iran, Other Countries! 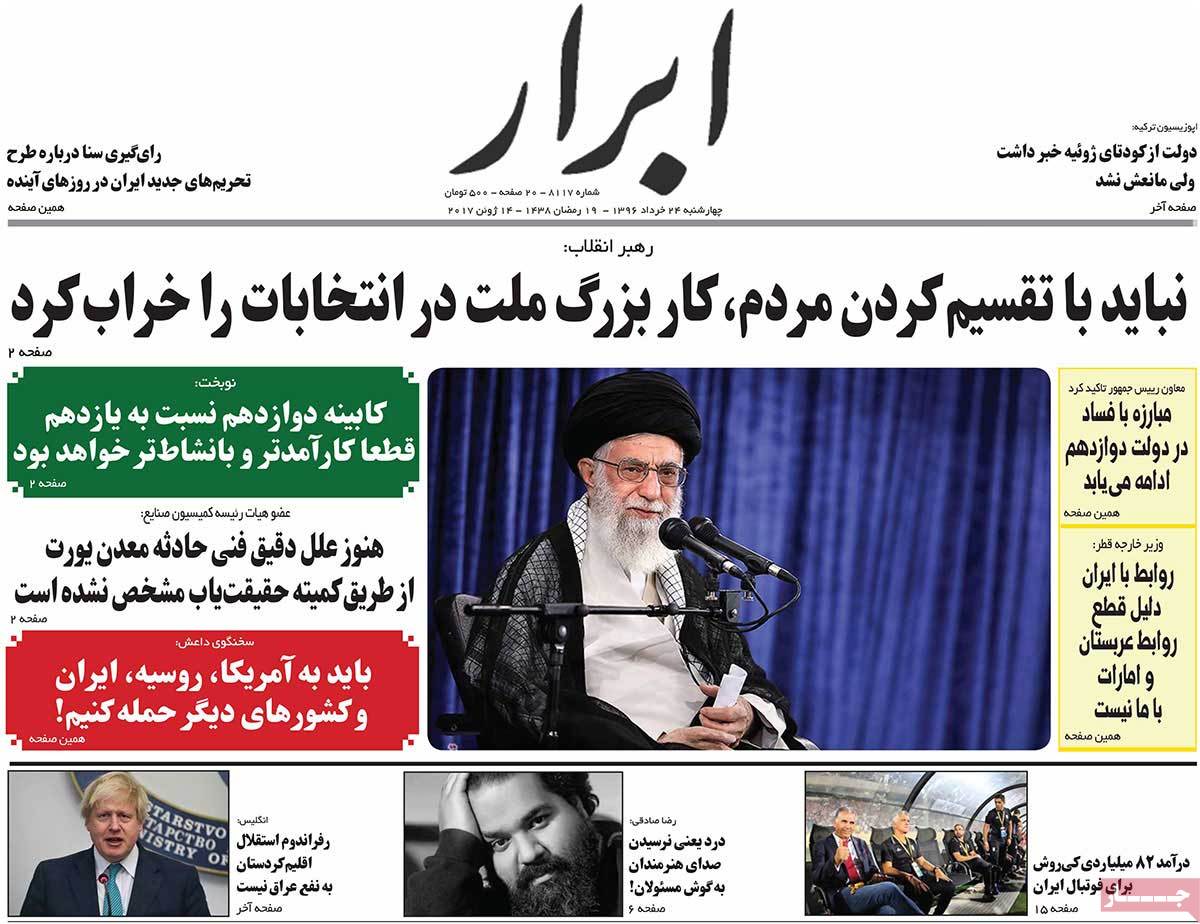 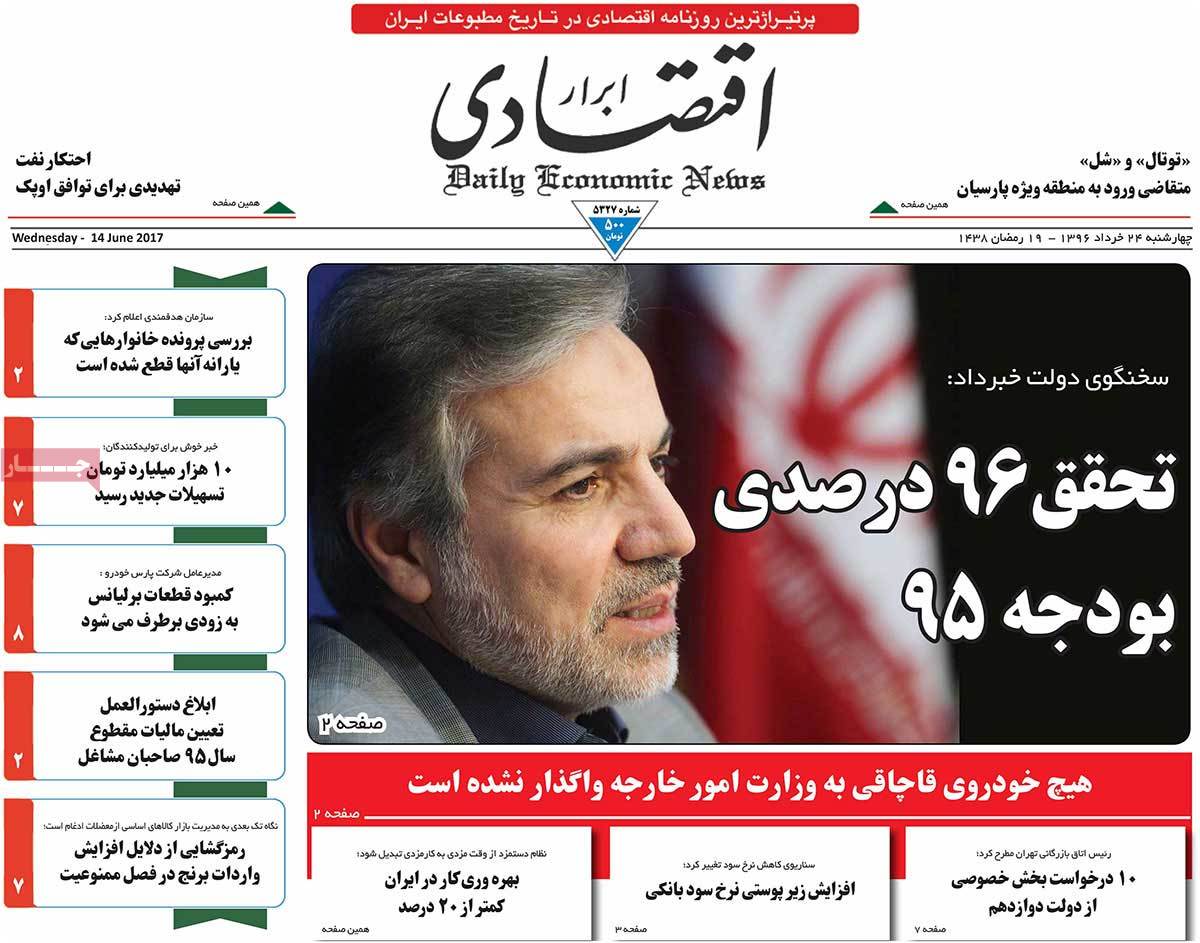 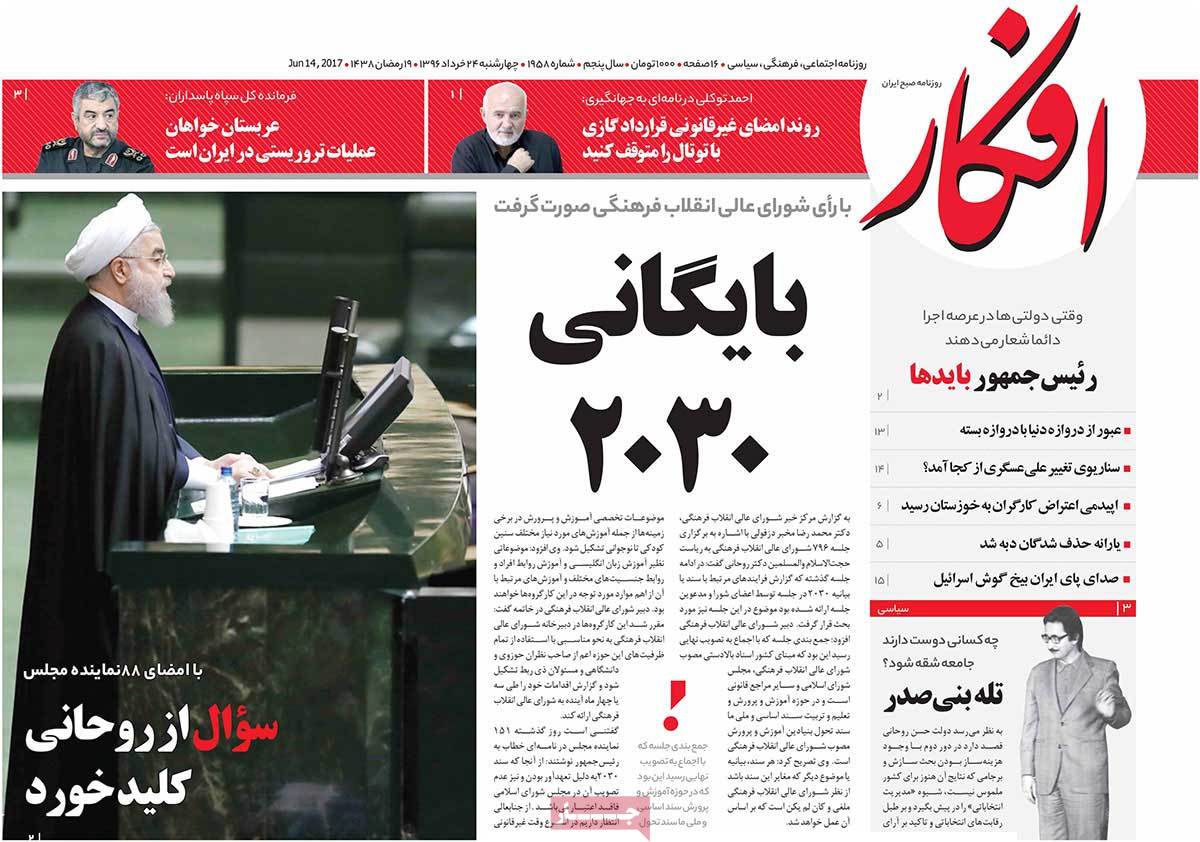 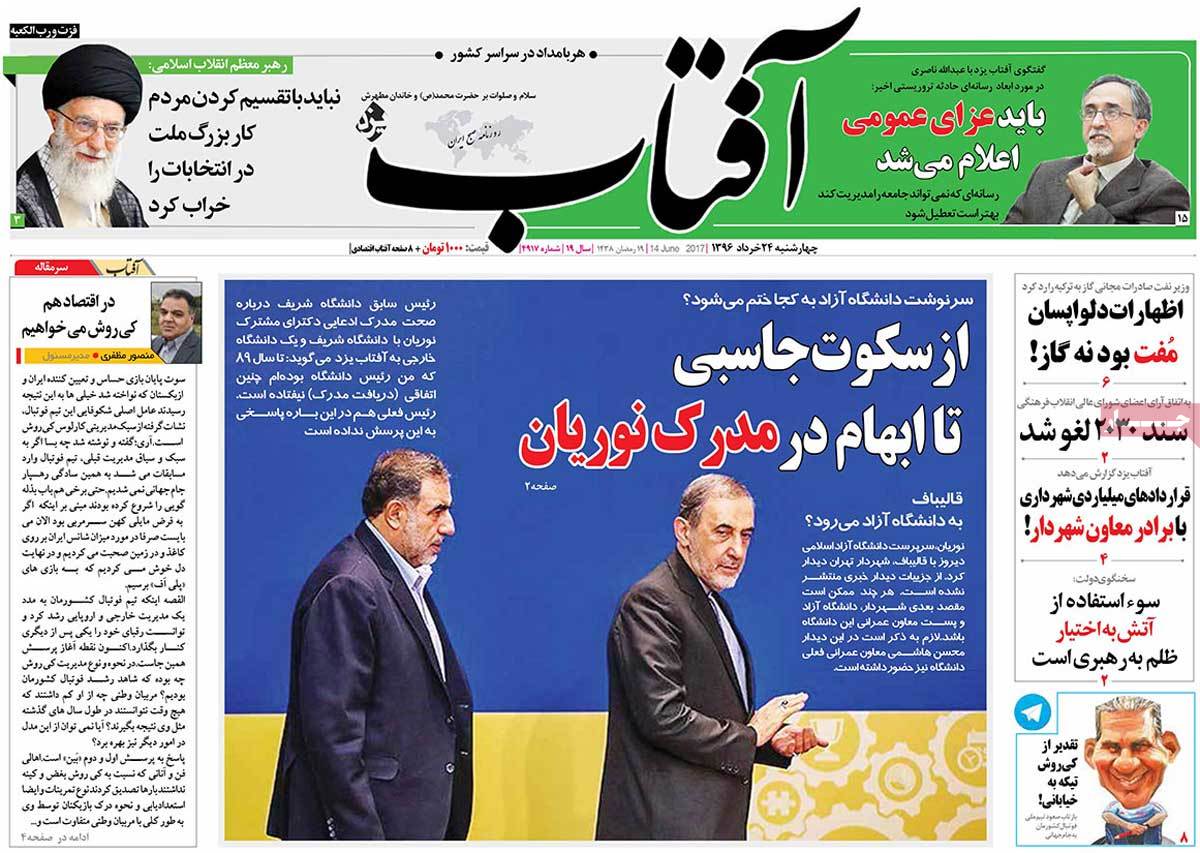 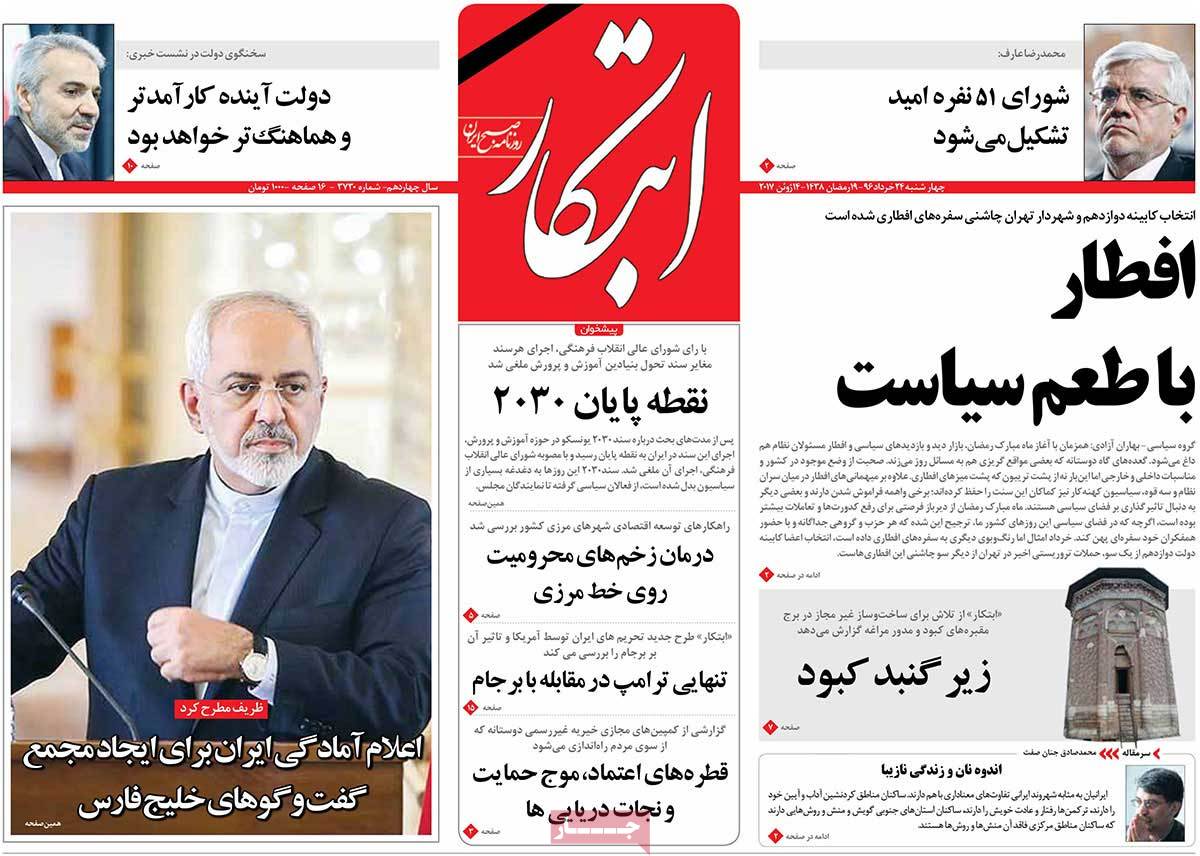 2- Kerry: Iran Fulfilled Its Commitments, Others Should Stick to Theirs 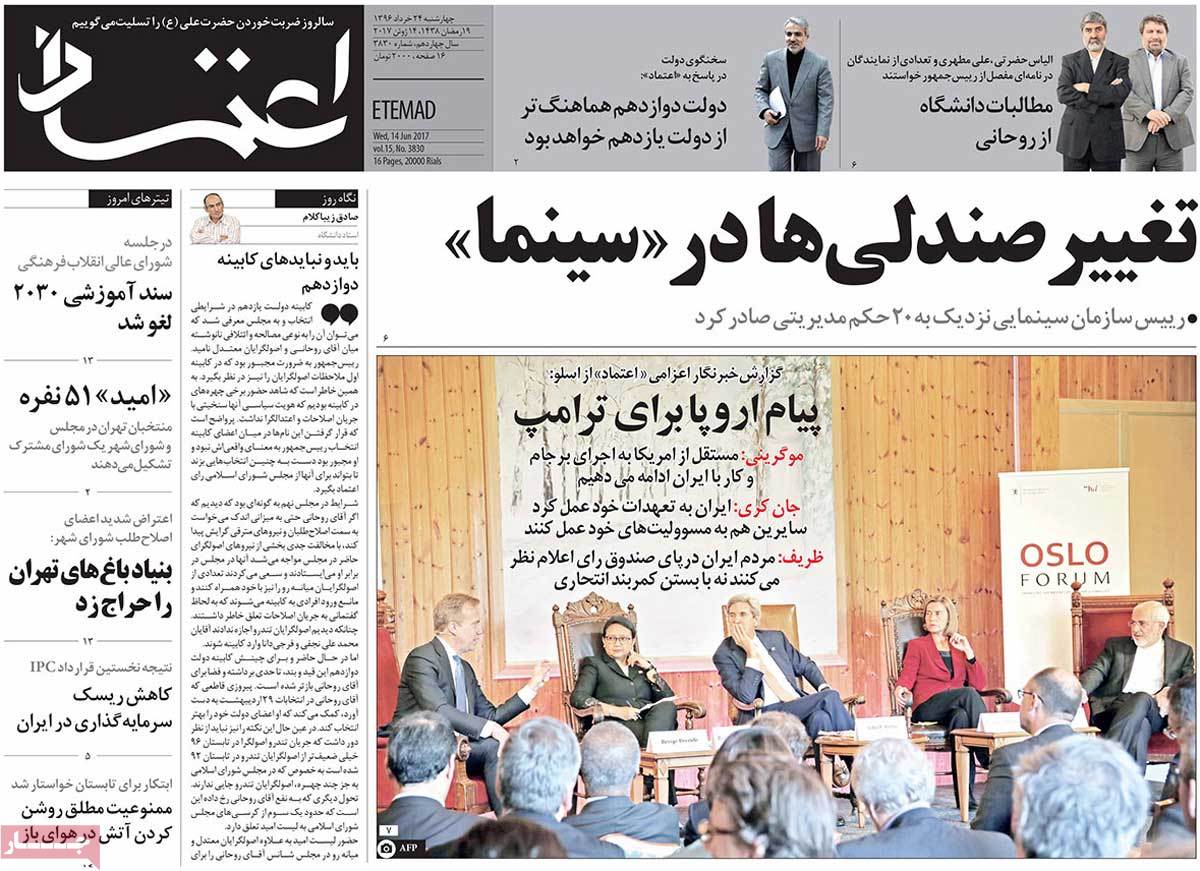 2- First VP: Fight against Corruption to Continue in Next Gov’t 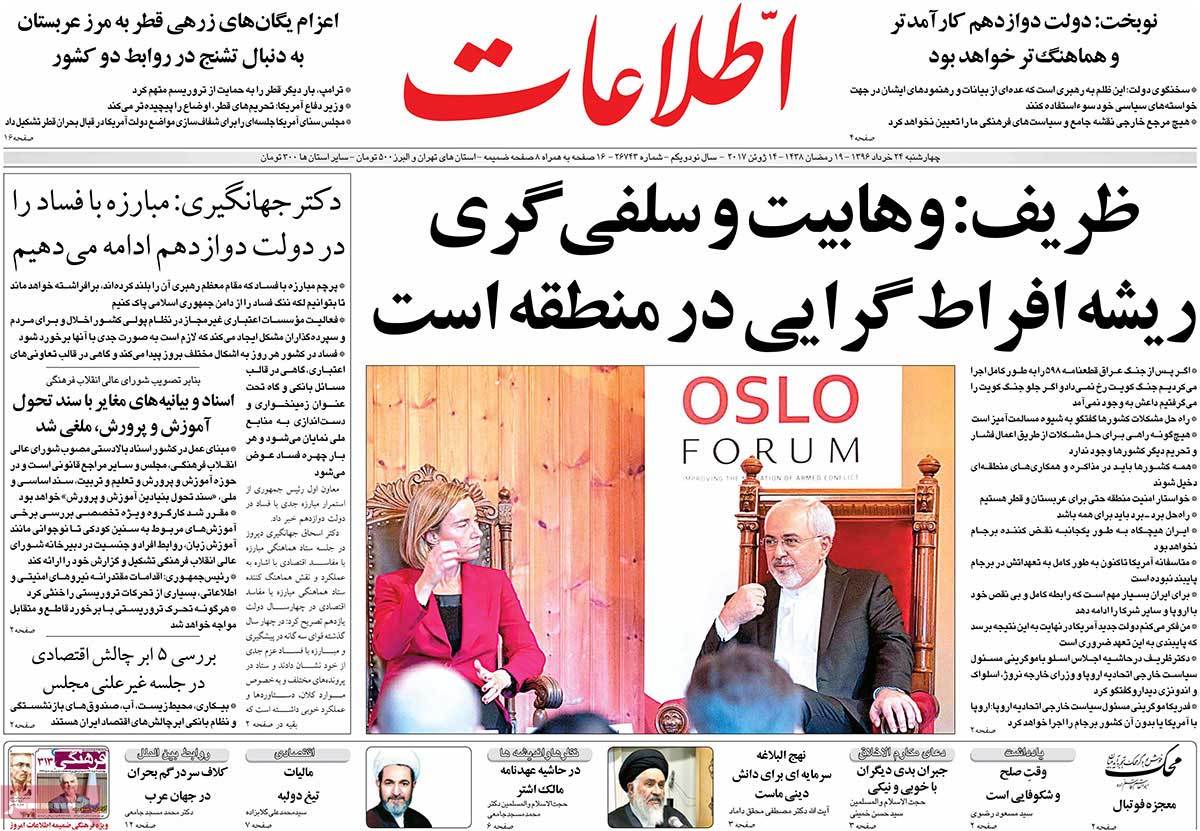 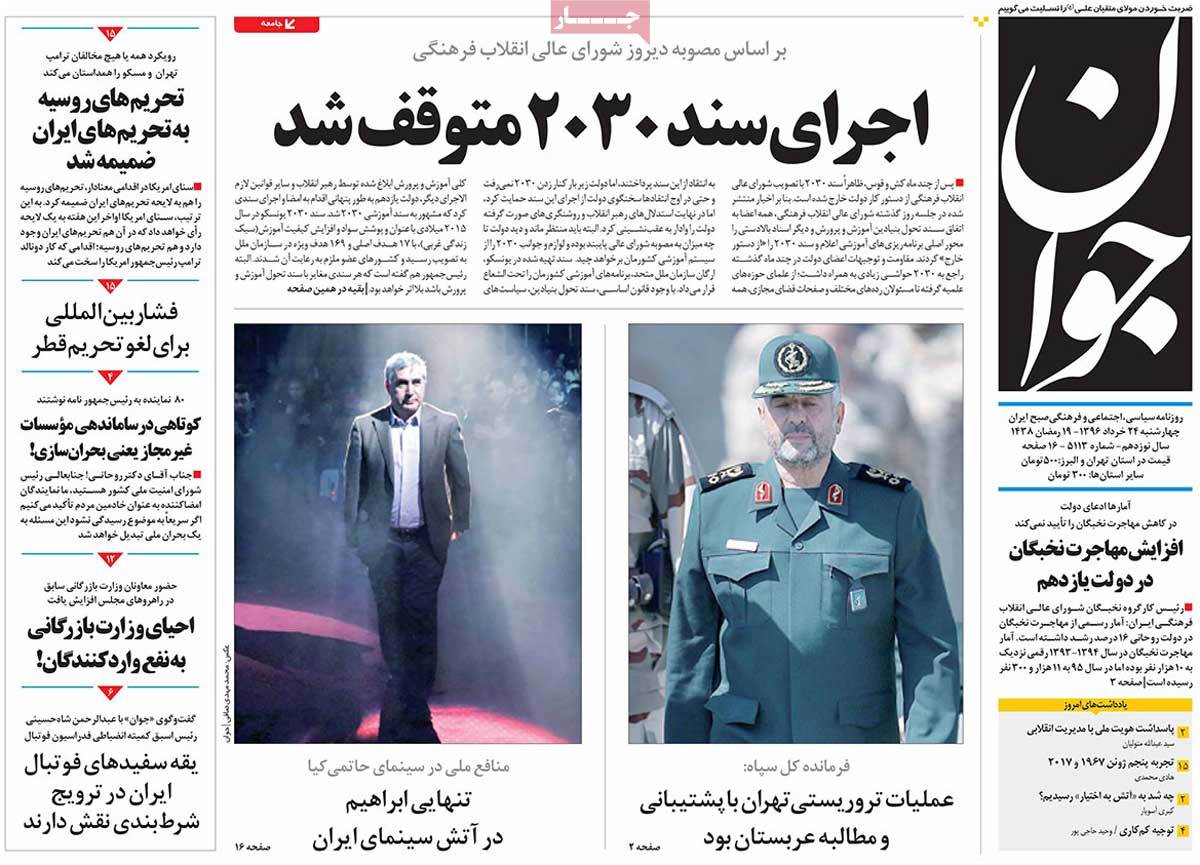 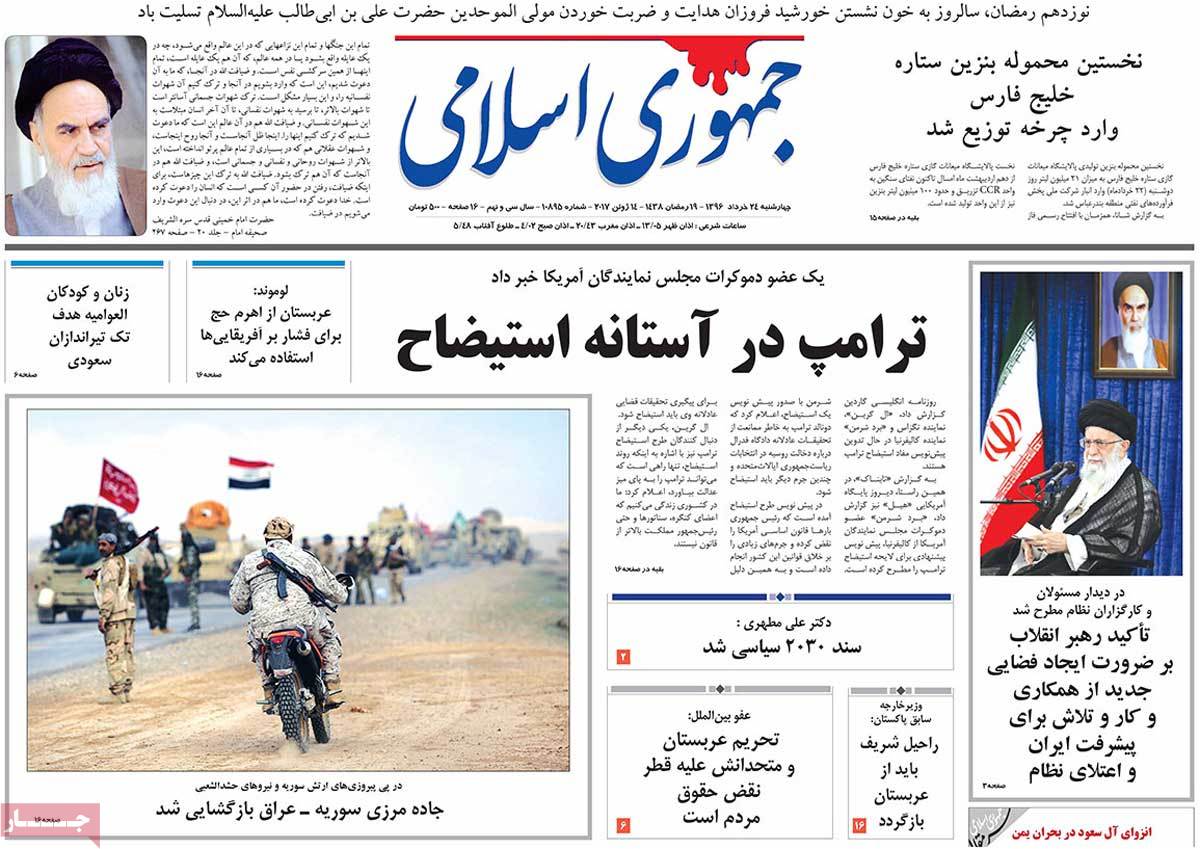 2- US Defence Secretary Surprised by Low Level of US Army’s Preparedness! 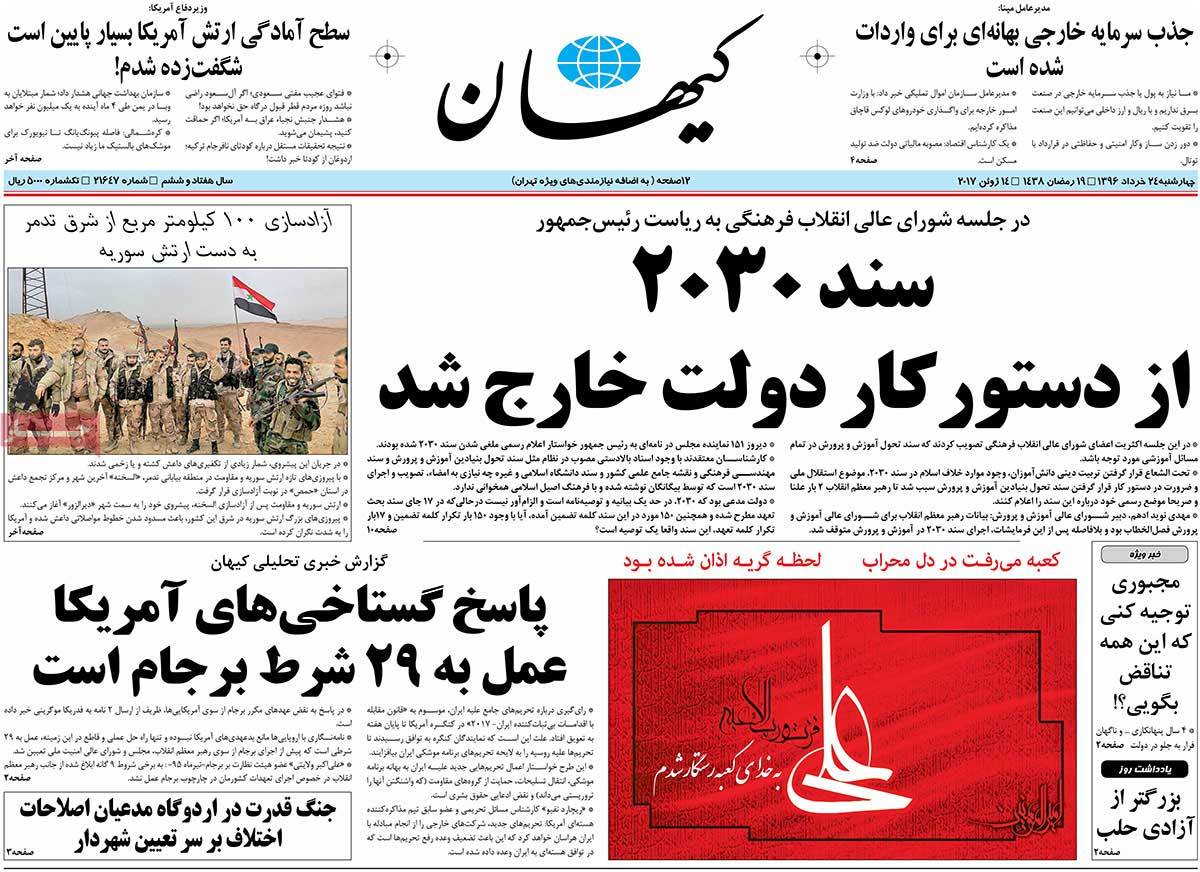 1- Zarif, Kerry, Mogherini Once Again Sit beside Each Other: Unity for Peace

2- Conflict over Trump’s Qualification: Will He Be Impeached? 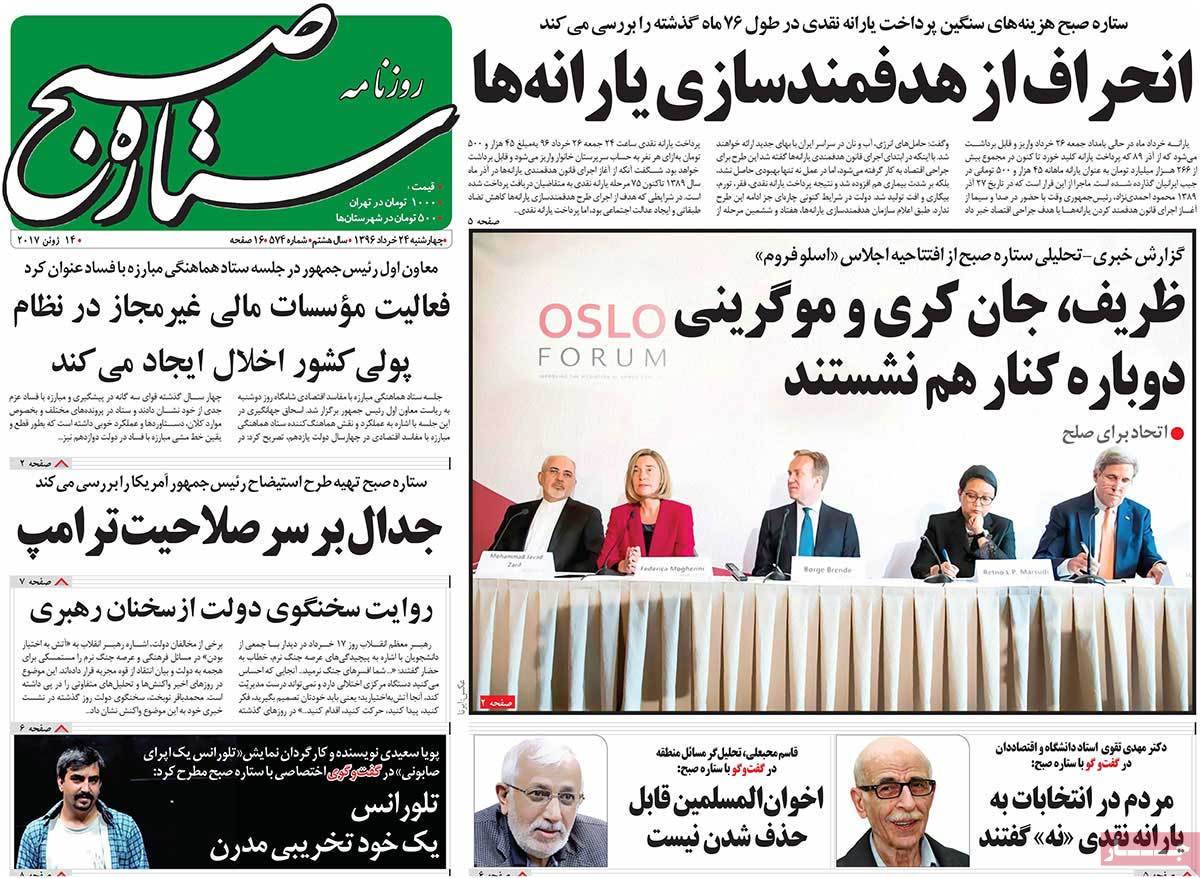 1- Yemen under Boots of Death: Report on Humanitarian Crisis in Yemen 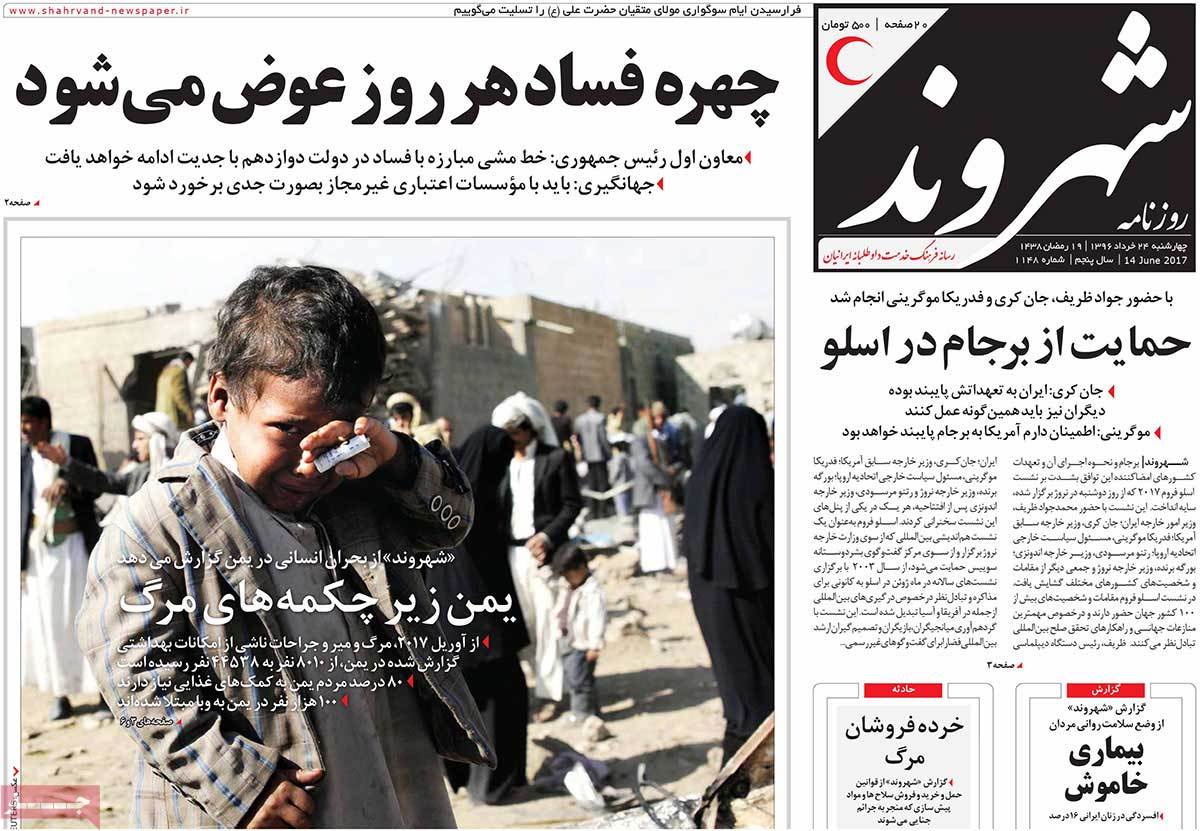 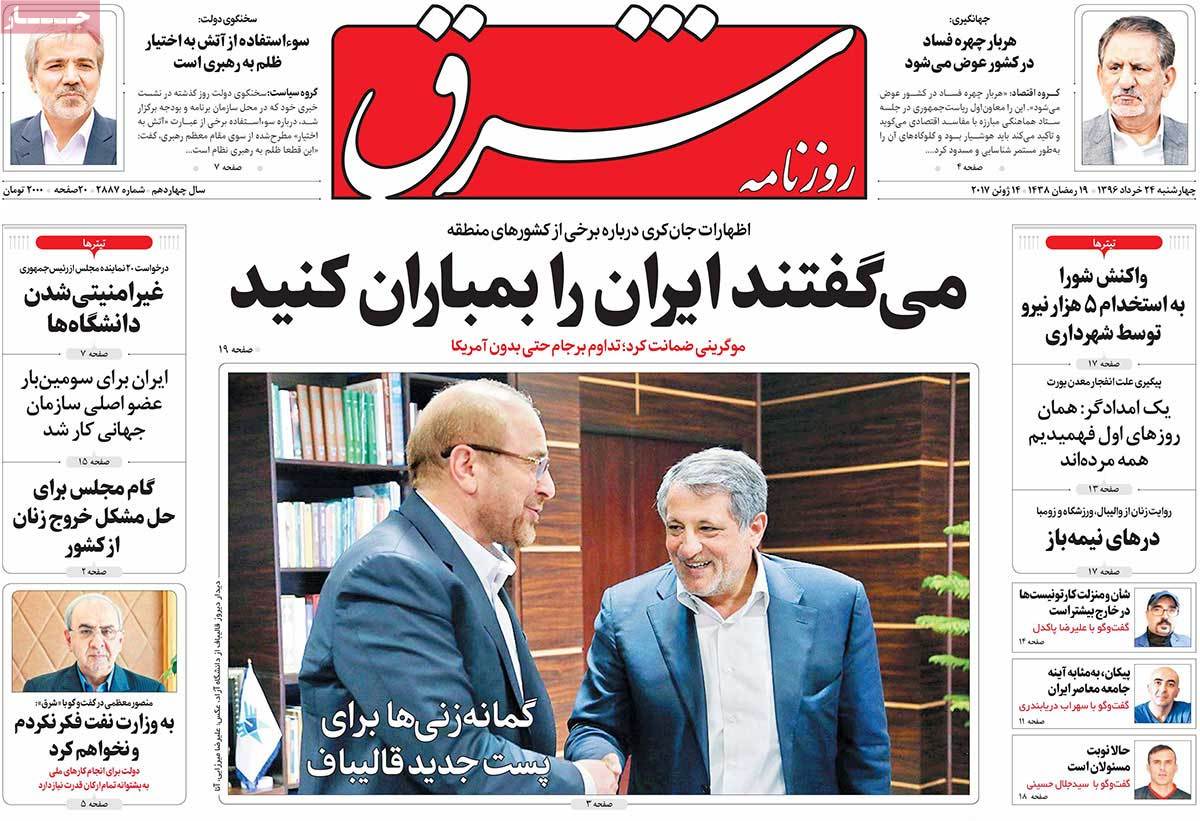 1- Yes to Iran’s Independence: Iran Backs Out of 2030 Agenda 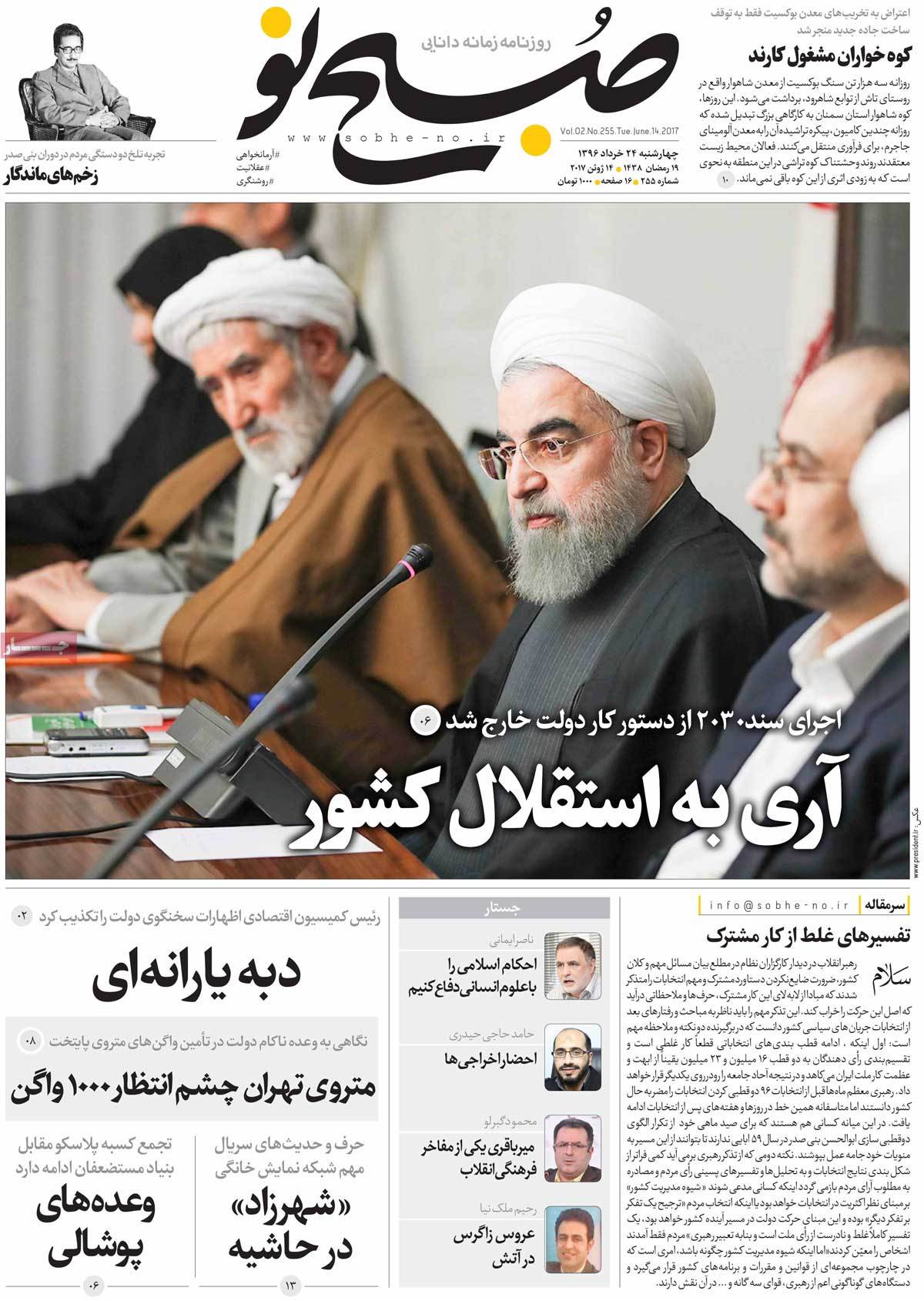