A Look at Iranian Newspaper Front Pages on June 13

Iran Front Page- IFP has taken a look at the front pages of Iranian newspapers on Tuesday and picked headlines from 13 of them. IFP has simply translated the headlines and does not vouch for their accuracy.

The top story in Iranian newspapers today was the remarks made by the Leader of Iran’s Islamic Revolution Ayatollah Seyyed Ali Khamenei in a meeting with high-ranking officials. 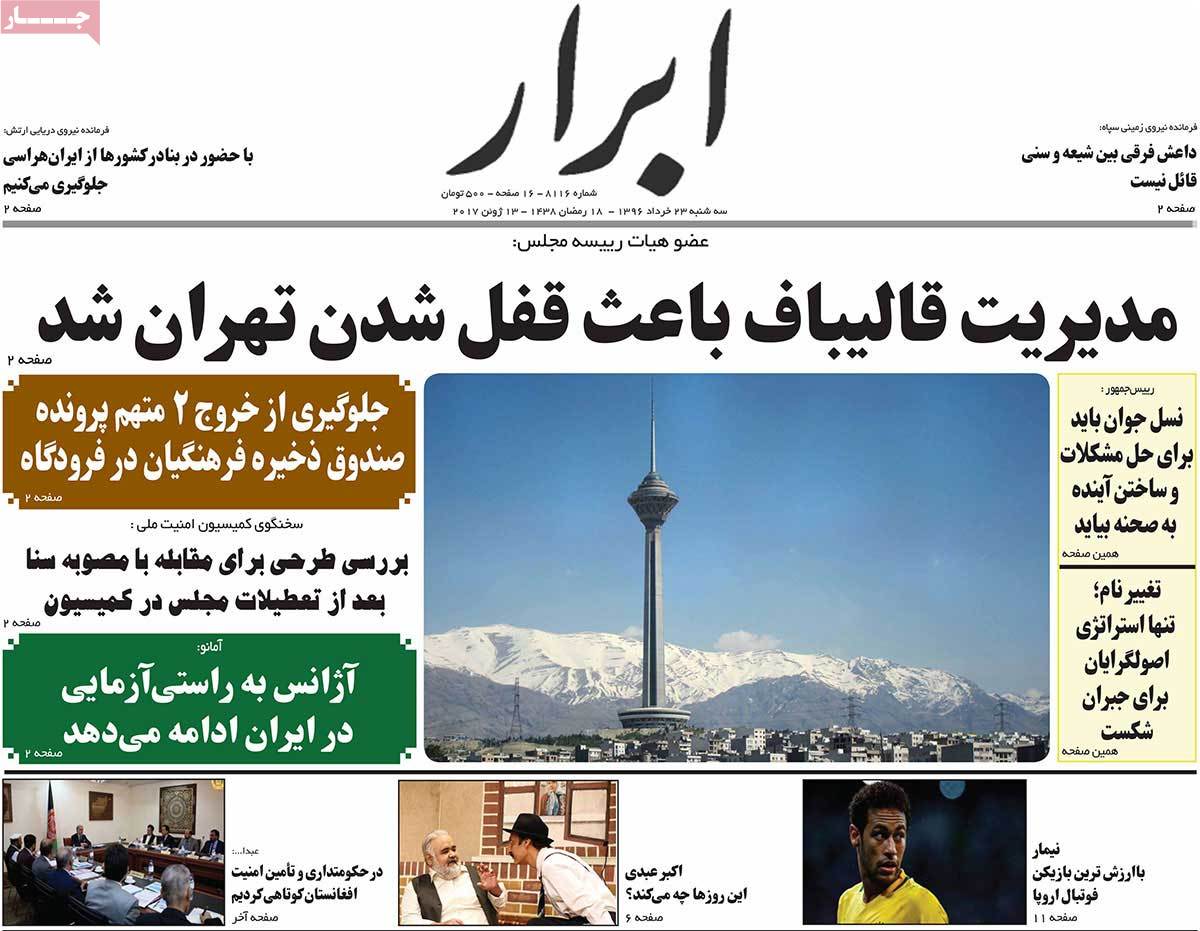 2- In Nuclear Talks, Obama Worried about Iranians Getting Upset by US 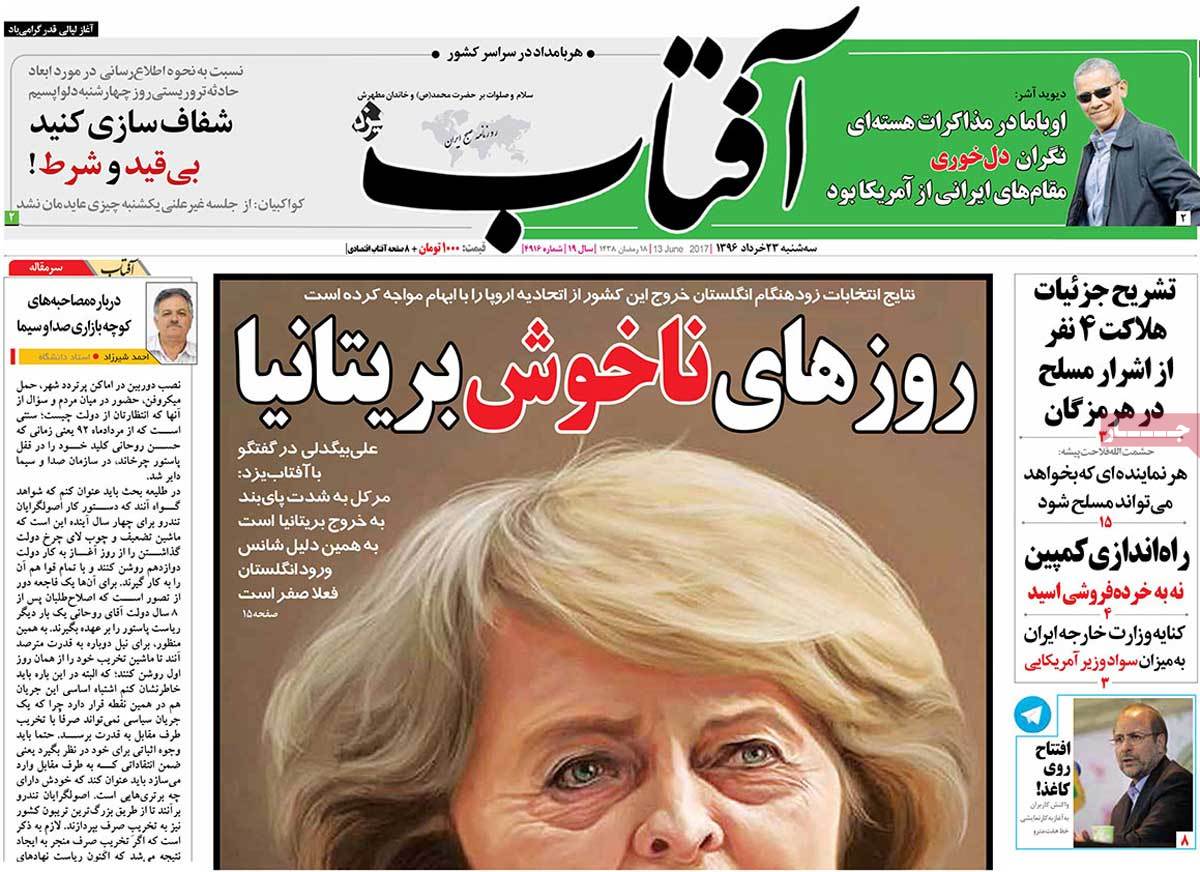 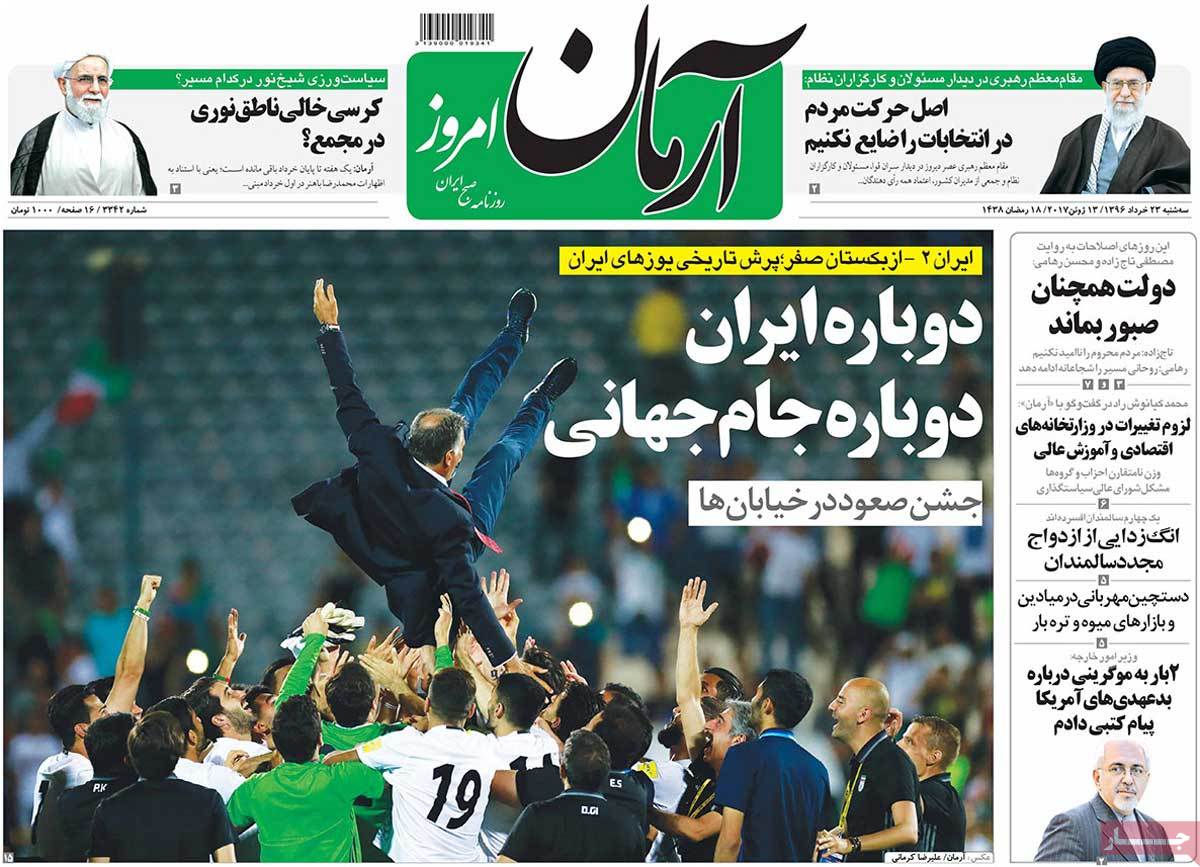 2- ISIS Elements to Cause Disasters across Iran without Iranian Fighters in Syria: MP 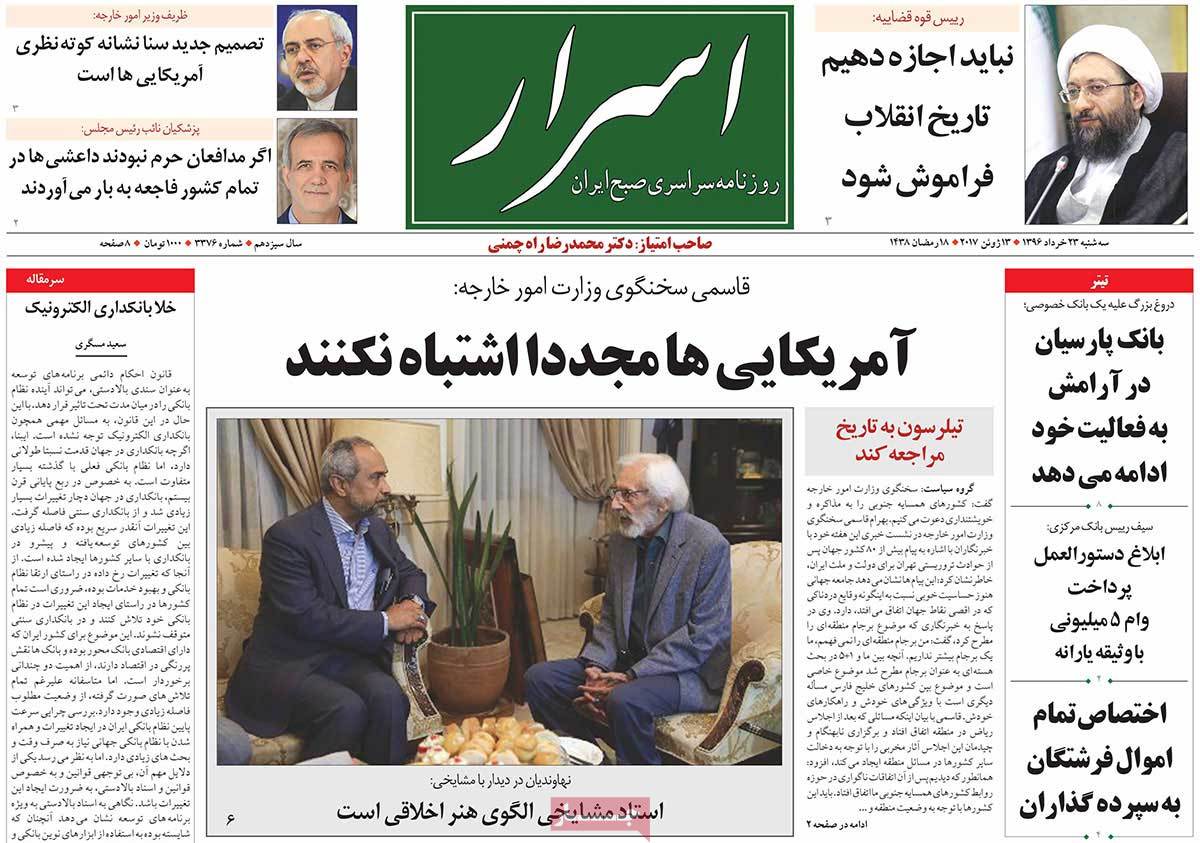 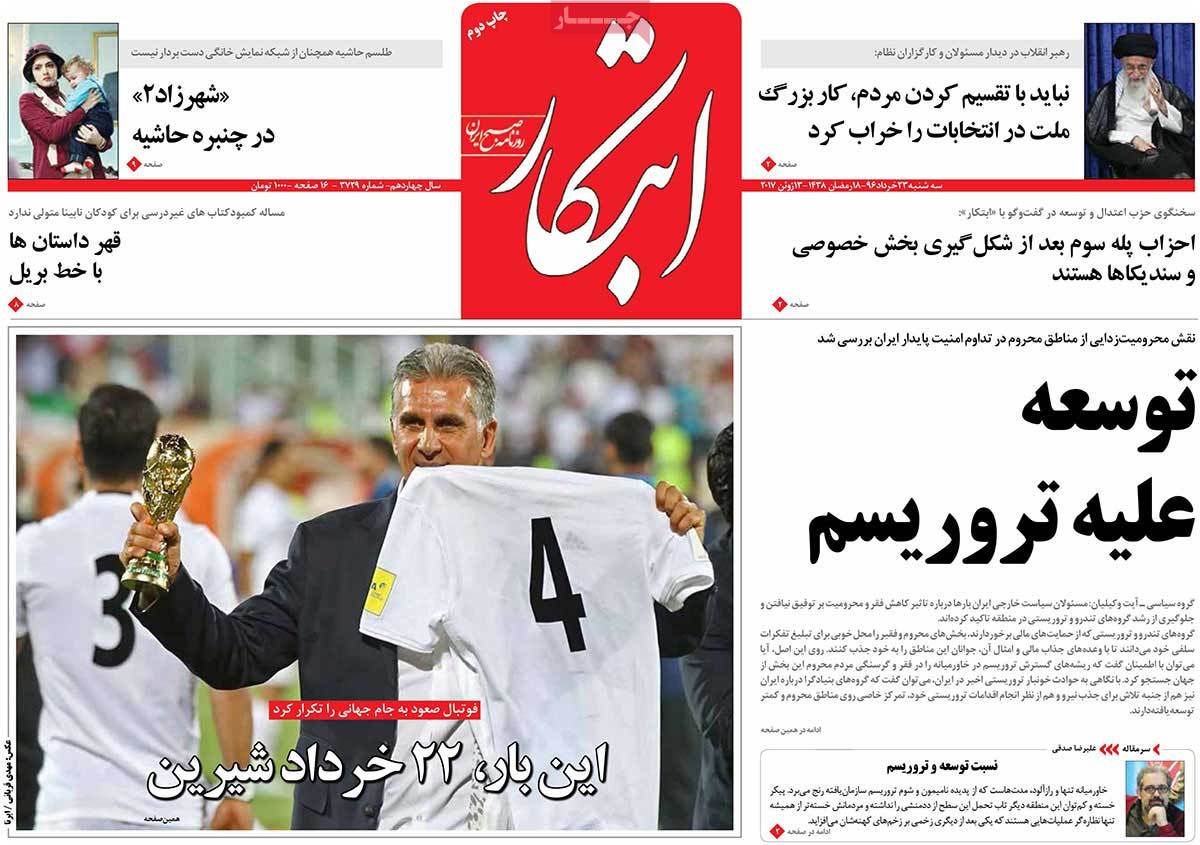 3- Iran to Respond to Any US Move: Zarif 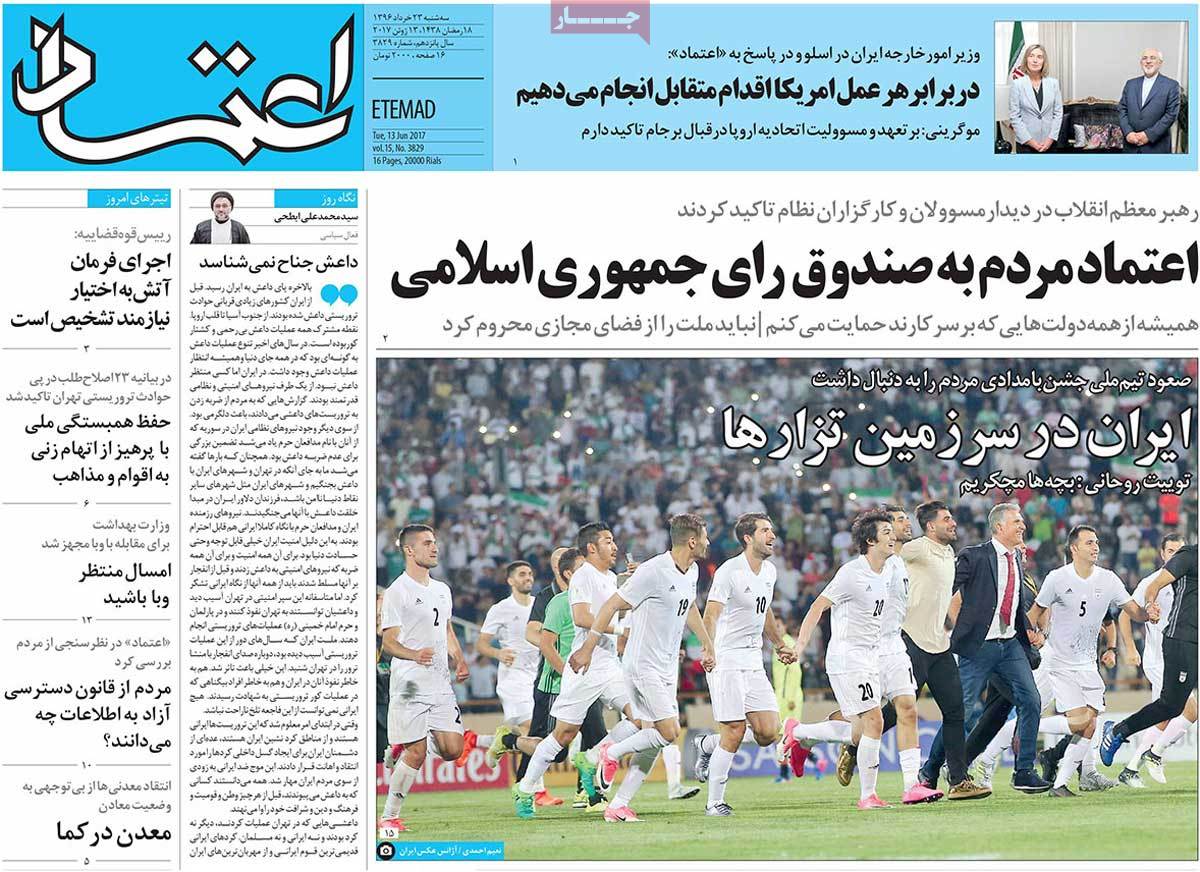 2- Qatari Ex-PM: We Regret Cooperating with Saudis against Iran 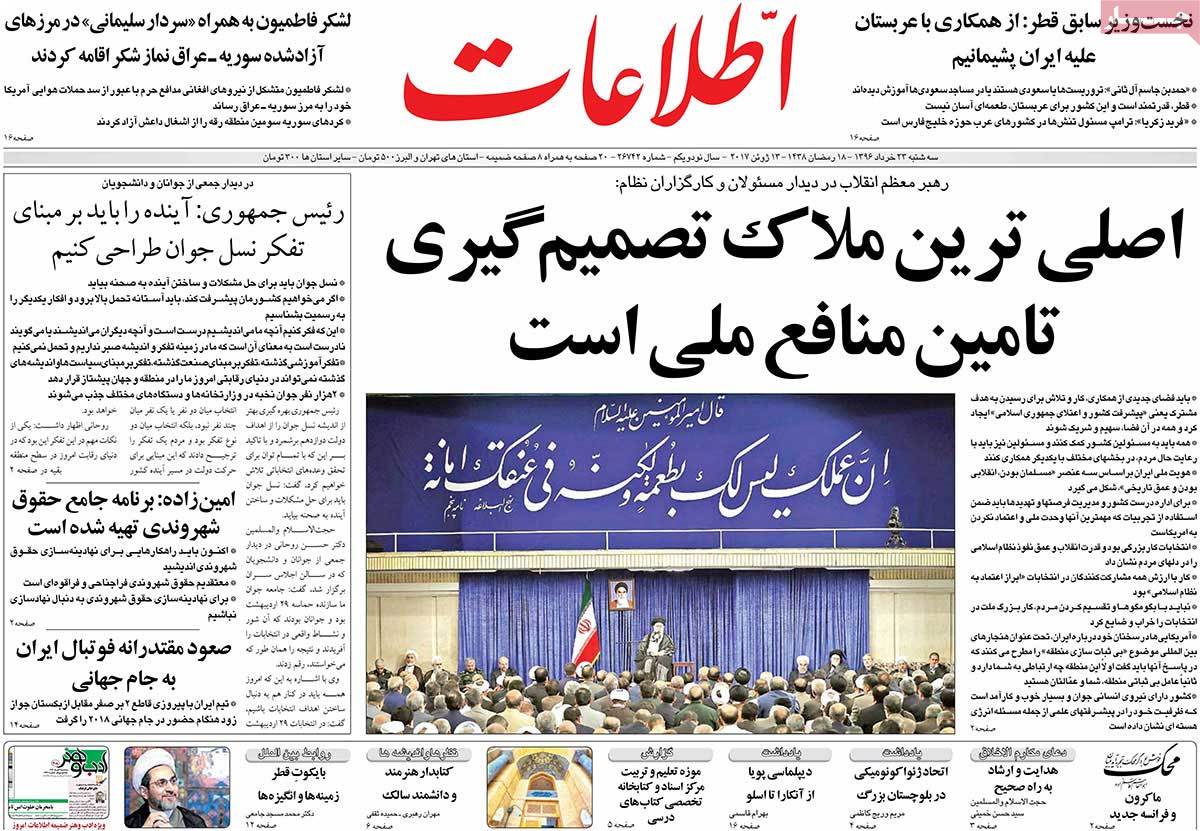 2- Spaghetti, Yoghurt or Engineer: Which Iranian Products Are Offered in Qatar Market? 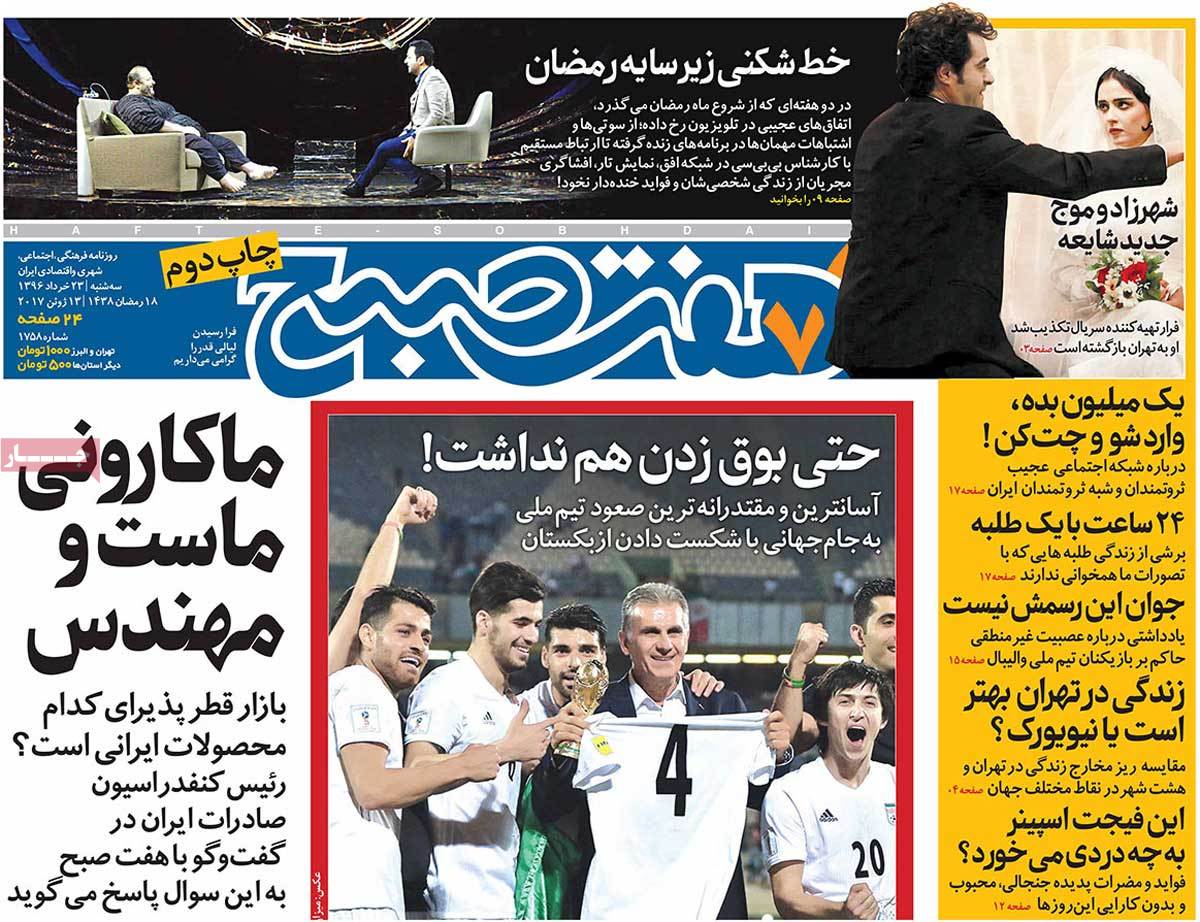 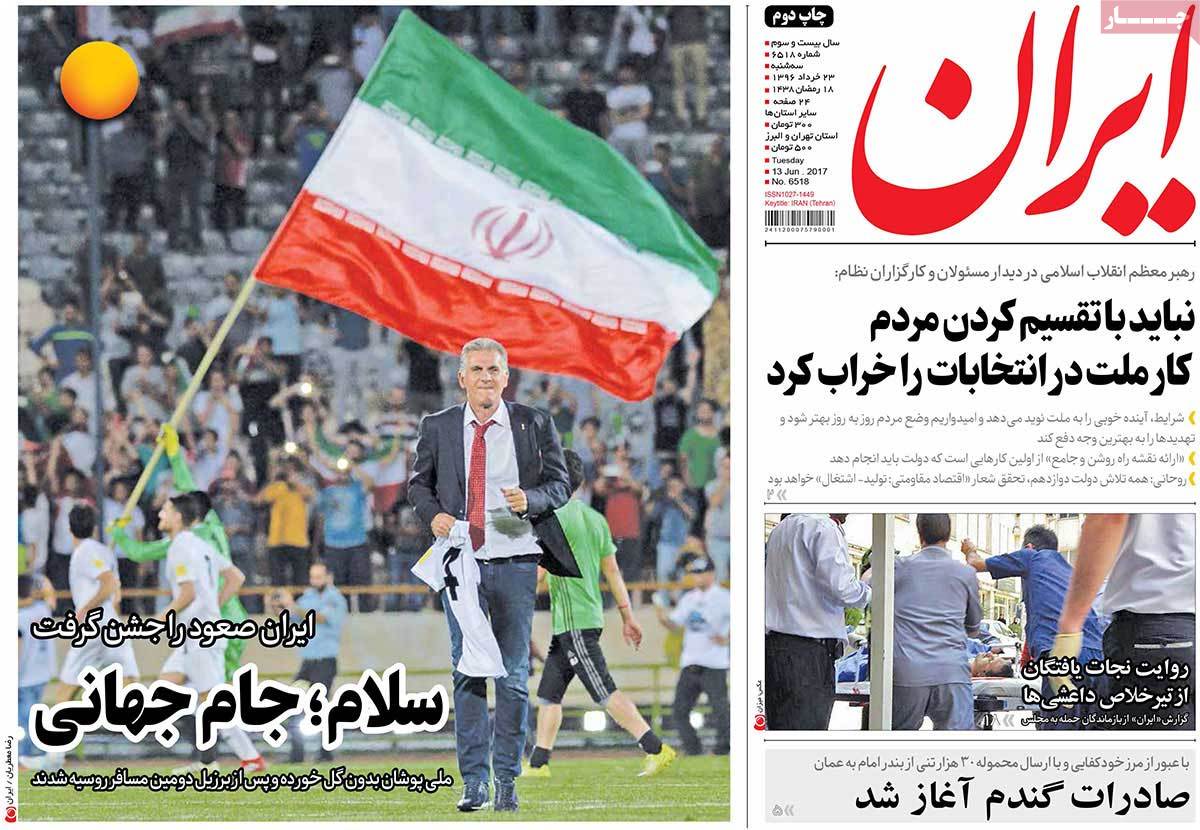 2- Value of Annual Food Waste Equal to Loans Given to 380,000 Newlyweds 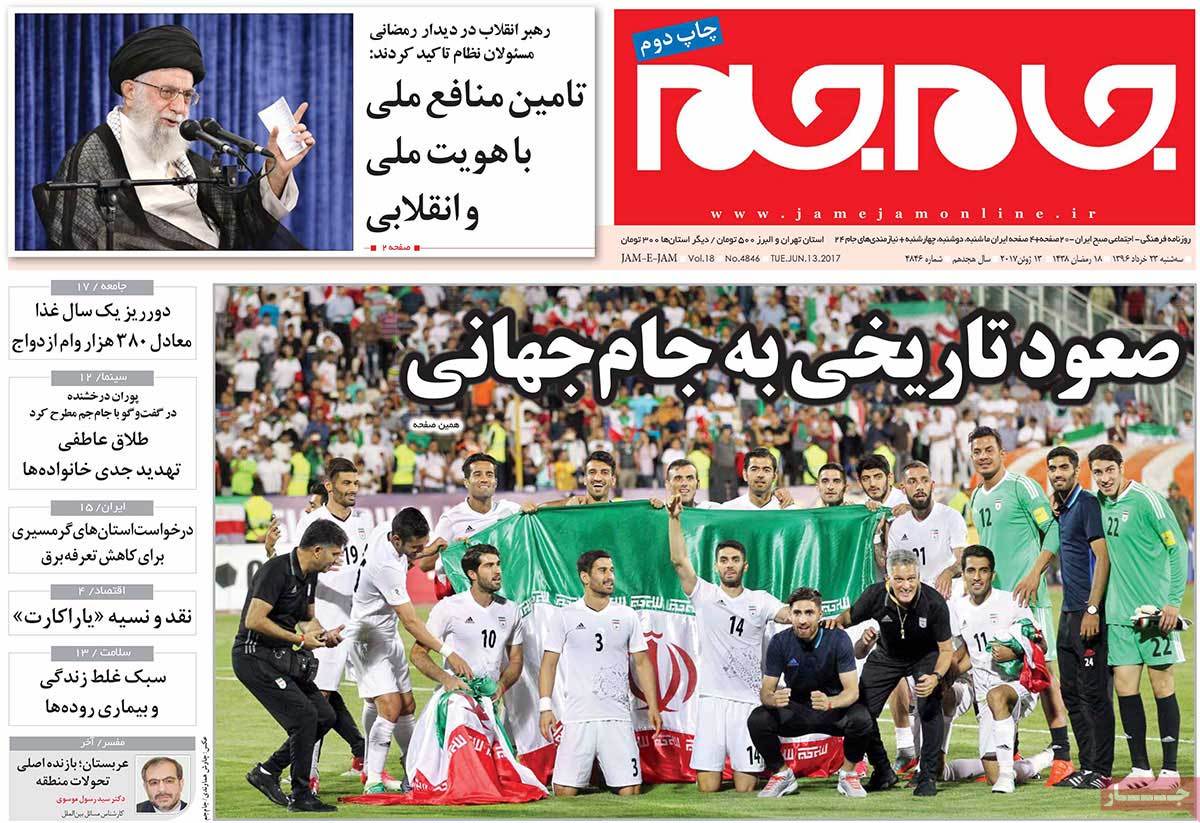 1- Leader: Iran’s Society Shouldn’t Be Divided like What We Saw in 1980 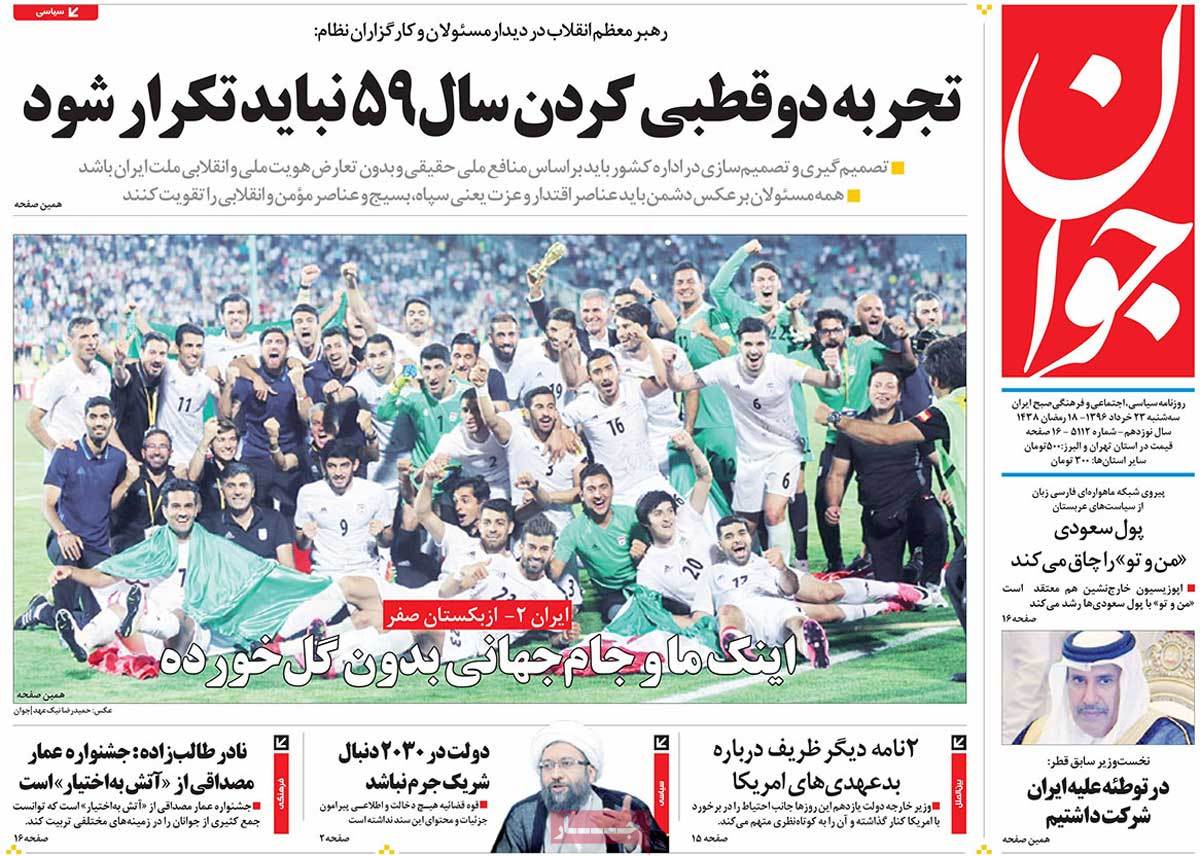 1- Caliphate in Iraq Has Collapsed: British Envoy to Baghdad

2- Official: $15 Billions of New Oil Contracts to Be Signed This Year 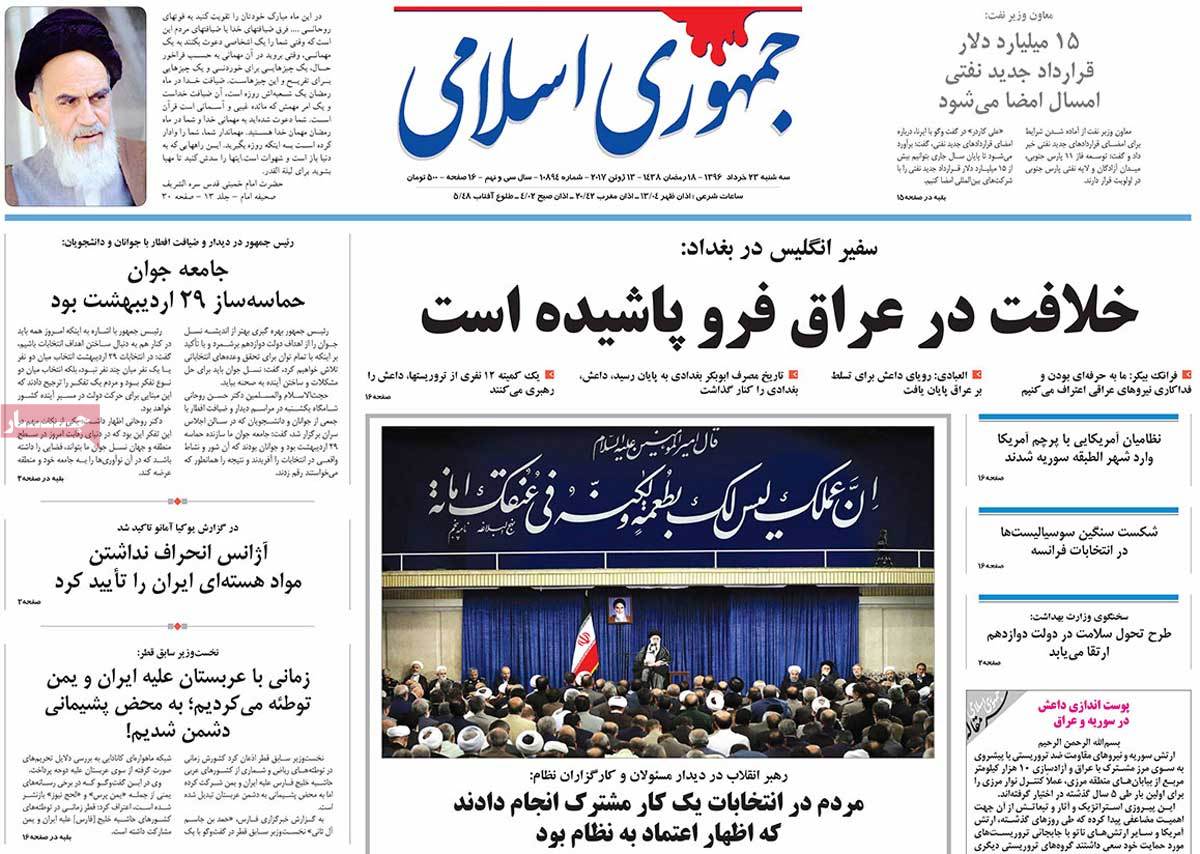 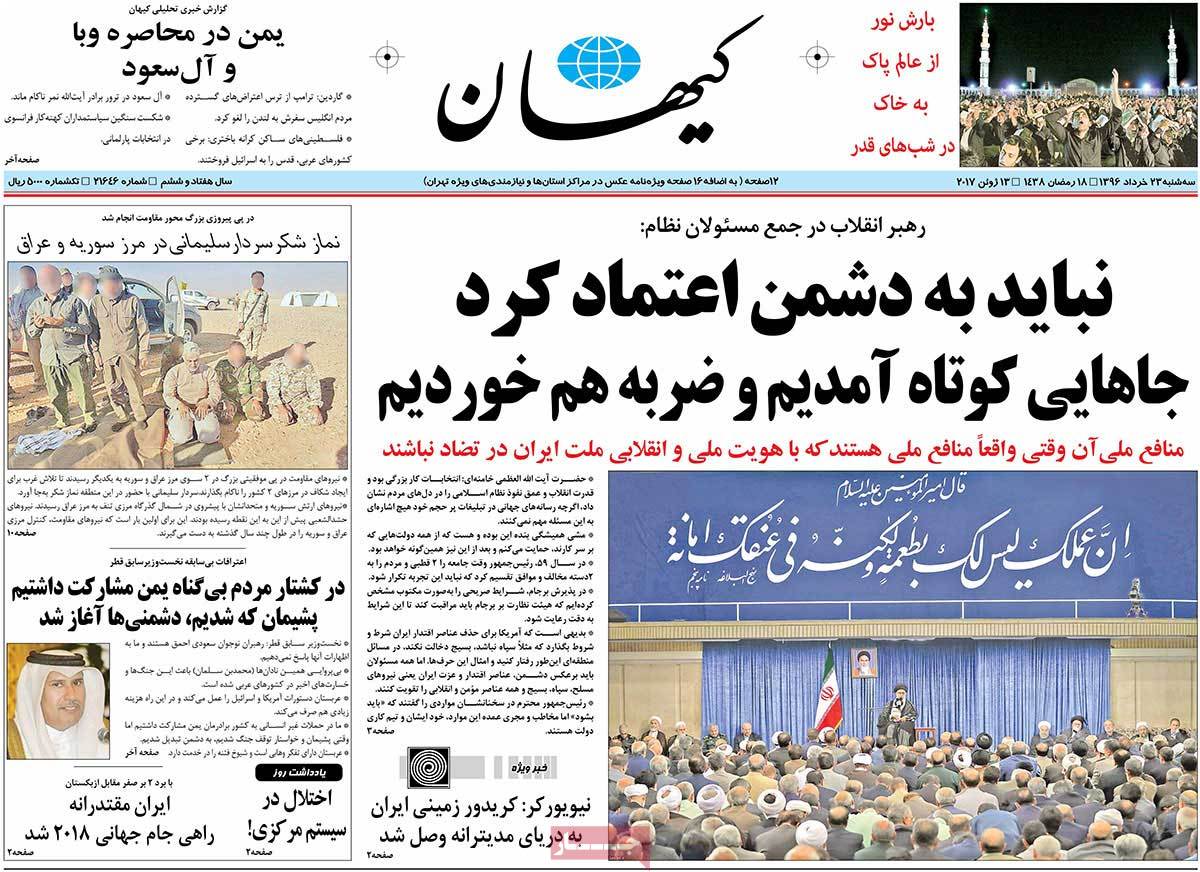