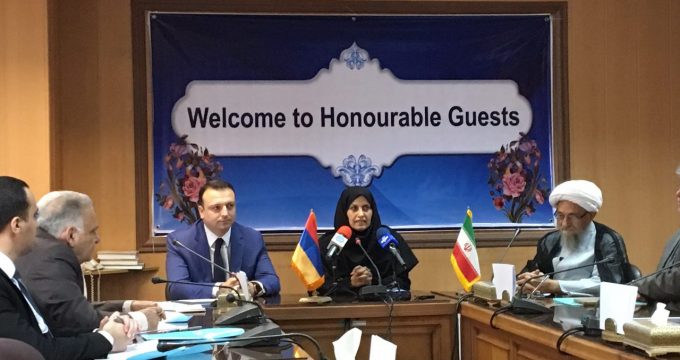 Speaking at the signing ceremony of a Memorandum of Understanding in the field of Halal industry between Iran’s National Standards Organization and Armenia’s Ministry of Economic Development and Investment on Wednesday, Nayereh Pirouzbakht said Iran is one of the pioneering countries in Halal industry.

Some slaughter units in the country have already received Halal standard, Pirouzbakht noted, adding it is hoped that we can develop it to other sections, like tourism, textiles, etc.

Iran’s National Standards Organization and Armenia’s Ministry of Economic Development and Investment signed an agreement in the field of halal industry to promote bilateral cooperation and increase trade turnover.

The MoU was also inked to improve and boost relations, expand ties based on long-term and stable cooperation, remove technical barriers to bilateral trade, and enhance mutually beneficial cooperation in Halal industry based on OIC/SMIIC standard.

Reportedly, the agreement will be valid for two years and extended automatically for a period of two years unless either of the parties plans to remove it.

Earlier in 2017, Iran opened first Halal certification office in Armenia to expand the trade volume between Armenian enterprises and their Iranian counterparts.