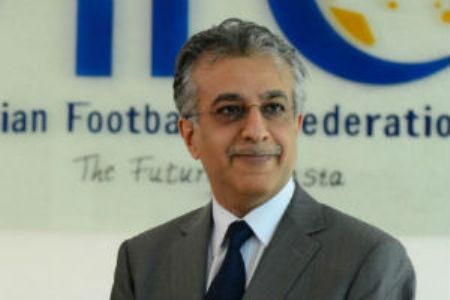 Iran defeated Uzbekistan 2-0 on Monday at the Azadi Stadium in Tehran and became the second team to qualify for the 2018 World Cup after Brazil.

“On behalf of the Asian football family, I would like to congratulate the Islamic Republic of Iran for their convincing and consistent campaign throughout the qualifiers to become the first Asian team to qualify for Russia 2018,” he said.

“This achievement reflects the hard work and commitment of the Football Federation Islamic Republic of Iran to succeed at the highest international level. As envisaged in the AFC’s Vision and Mission, I hope their World Cup qualification will inspire the team to do Asia proud on the world’s biggest stage.”

“As we approach the closing stages of qualification, I wish all our teams the very best of luck,” AFC chief said.

Iran will now compete at a fifth – and second consecutive – FIFA World Cup finals, putting them on par with Japan as Asia’s second most consistent qualifiers for the global event, and behind Korea Republic who have appeared nine times. Both East Asian teams are currently in pole position to qualify for next year’s extravaganza in Russia.