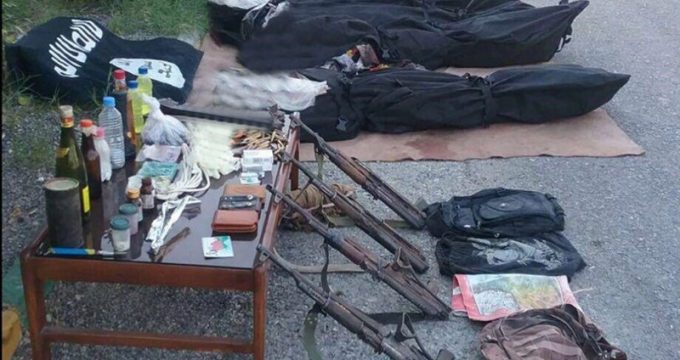 In an armed clash that occurred in a mountainous area near the city of Rudan in Hormozgan Province on Sunday afternoon, four militants were killed by the police forces of the province, Brigadier General Azizollah Maleki said on Monday.

Following the clash, the police managed to seize four combat weapons and 112 bullets along with some explosives, the commander noted.

He further emphasized that one of the killed militants possessed a foreign identification card, adding that the identity of the three others is under investigation.

Brigadier General Maleki went on to say that the police forces also found a Daesh flag from the militants. 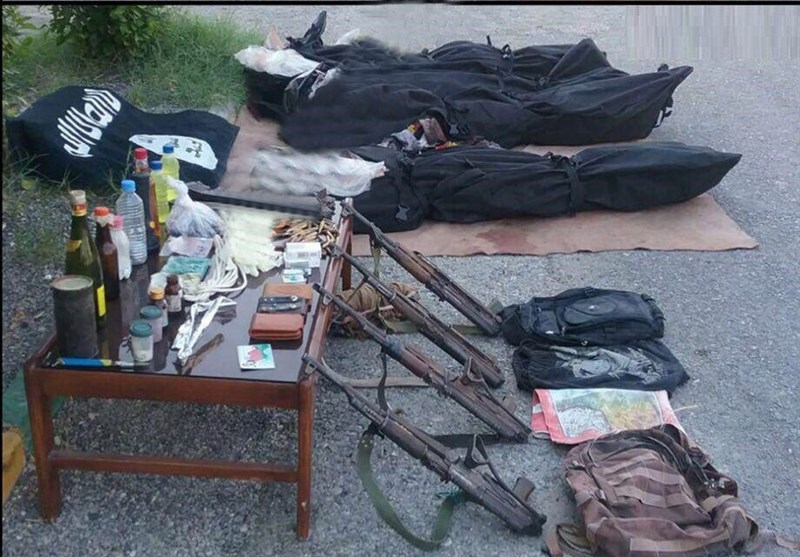 The clash came as part of massive anti-terrorist operations across Iran following deadly terrorist attacks in the capital, Tehran, on Wednesday.

Terrorists launched simultaneous attacks on Iran’s parliament building in downtown Tehran and on the mausoleum of the late founder of the Islamic Republic Imam Khomeini, south of the city, on Wednesday morning.

The Daesh (ISIL) terrorist group claimed responsibility for the attacks, which killed 17 people and wounded more than 40. All five gunmen involved in the attacks were killed by the security forces.

On Thursday, the Intelligence Ministry released the pictures and first names of the perpetrators, identifying them as Qayyoum, Abu Jihad, Ramin, Serias, and Fereydoun, without announcing their surnames.

According to the statement, the five attackers were terrorists with criminal backgrounds who were linked to “Wahhabi and Takfiri groups.”

The Intelligence Ministry has arrested dozens of people affiliated with Daesh across Iran over the past days.

On Friday, Intelligence Minister Mahmoud Alawi said his forces have identified the hideout of the perpetrators of Tehran attacks. The place, where the terrorists had convened to plan their terrorist acts and the picture of which appeared on social media, was identified and a number of terrorists who were still there were arrested, Alawi said.