A Look at Iranian Newspaper Front Pages on June 11

Iran Front Page- IFP has taken a look at the front pages of Iranian newspapers on Sunday and picked headlines from 13 of them. IFP has simply translated the headlines and does not vouch for their accuracy.

Many newspapers today continued covering the reactions to the Wednesday’s twin attacks in Tehran, which killed at least 17 and wounded over 46.

They also highlighted the arrest of numerous ISIS elements in separate operations all around the country following the deadly attacks in Tehran.

Another top story was the remarks made by First Vice-President Es’haq Jahangiri about the need for moving forward after the presidential election.

3- Iranian Navy Achievements to Be Unveiled by Year-End: Commander 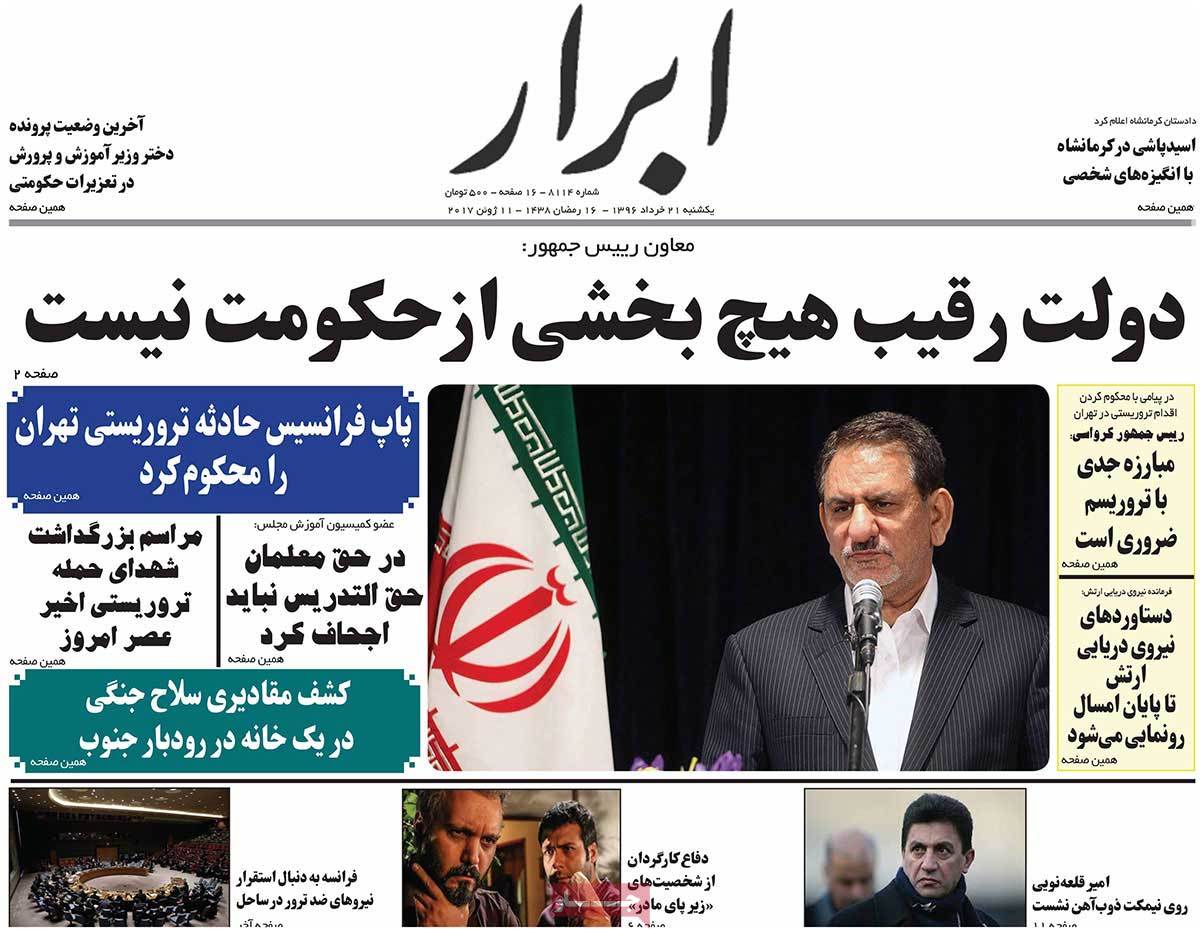 1- Qalibaf: Government Does Nothing for Tehran Subway

2- Suspension of 2030 Document Not Enough; It Should Be Annulled: Cleric 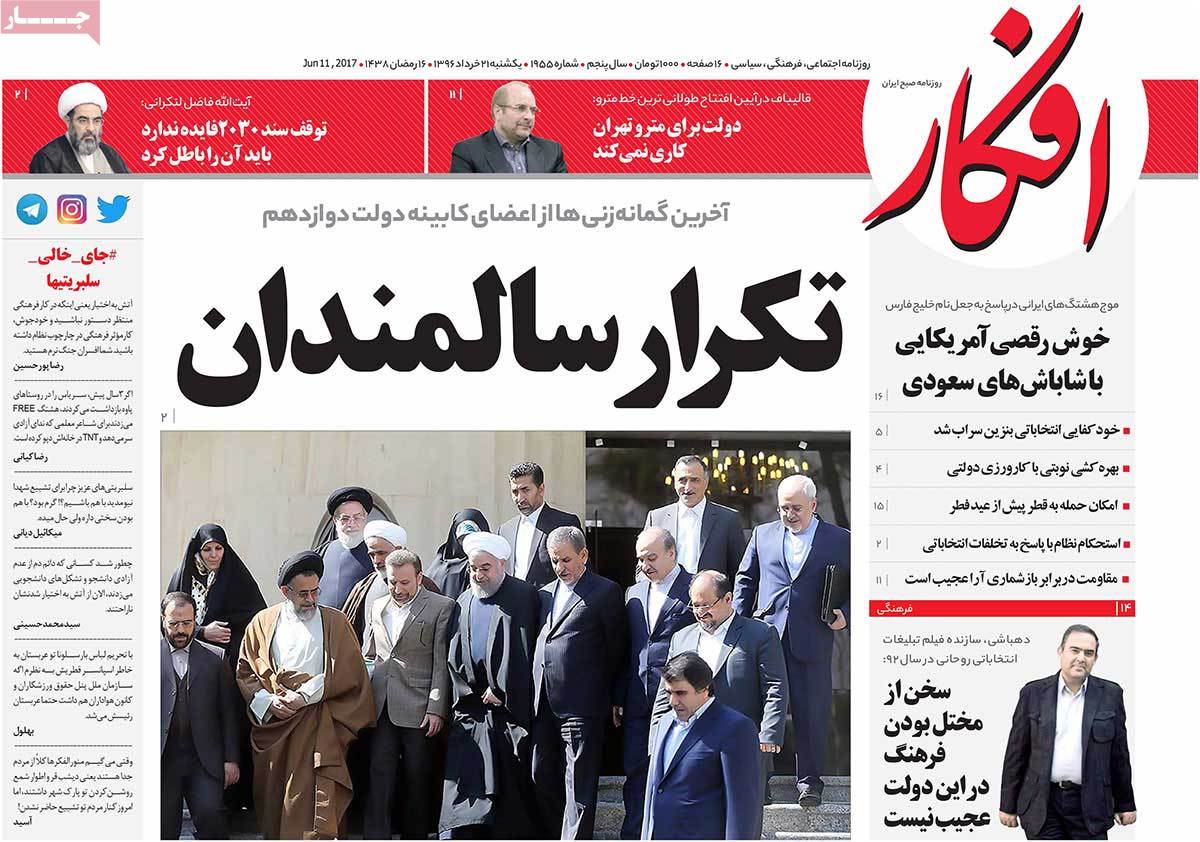 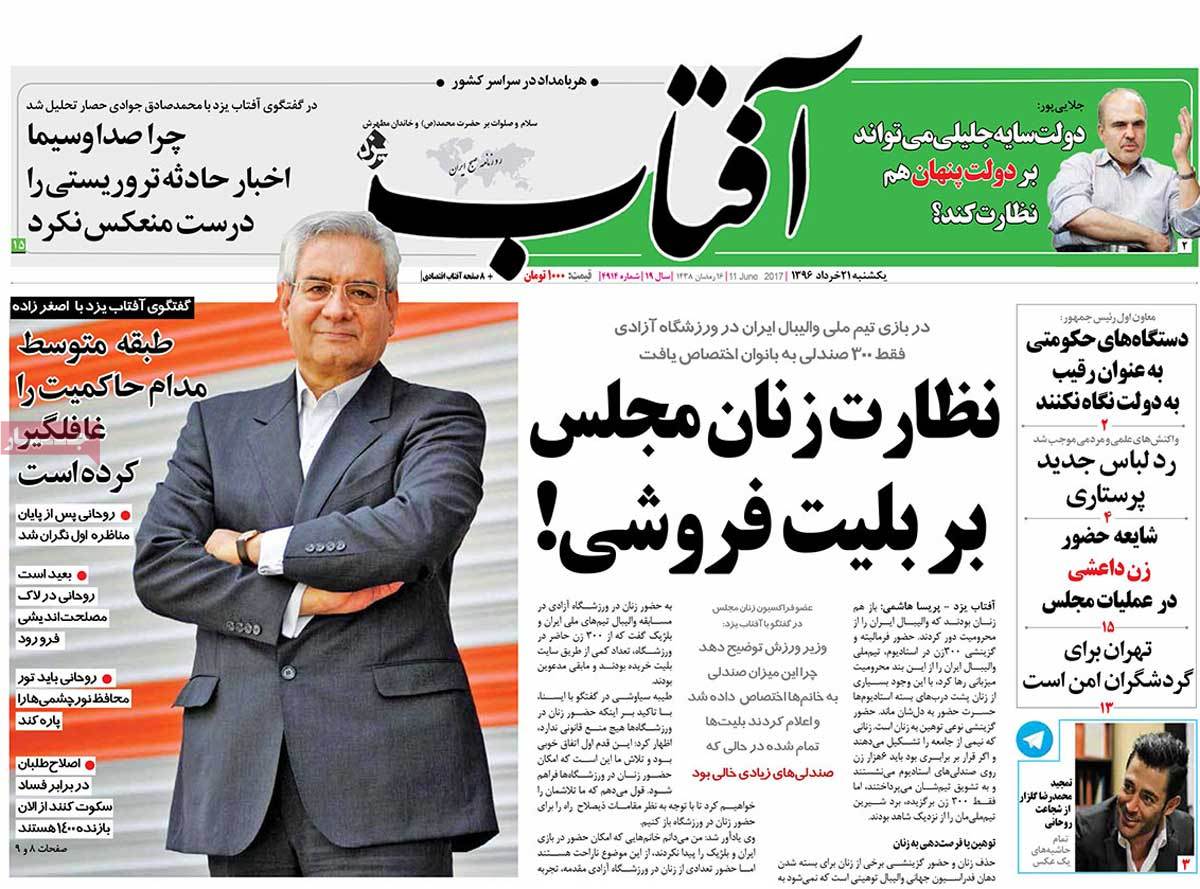 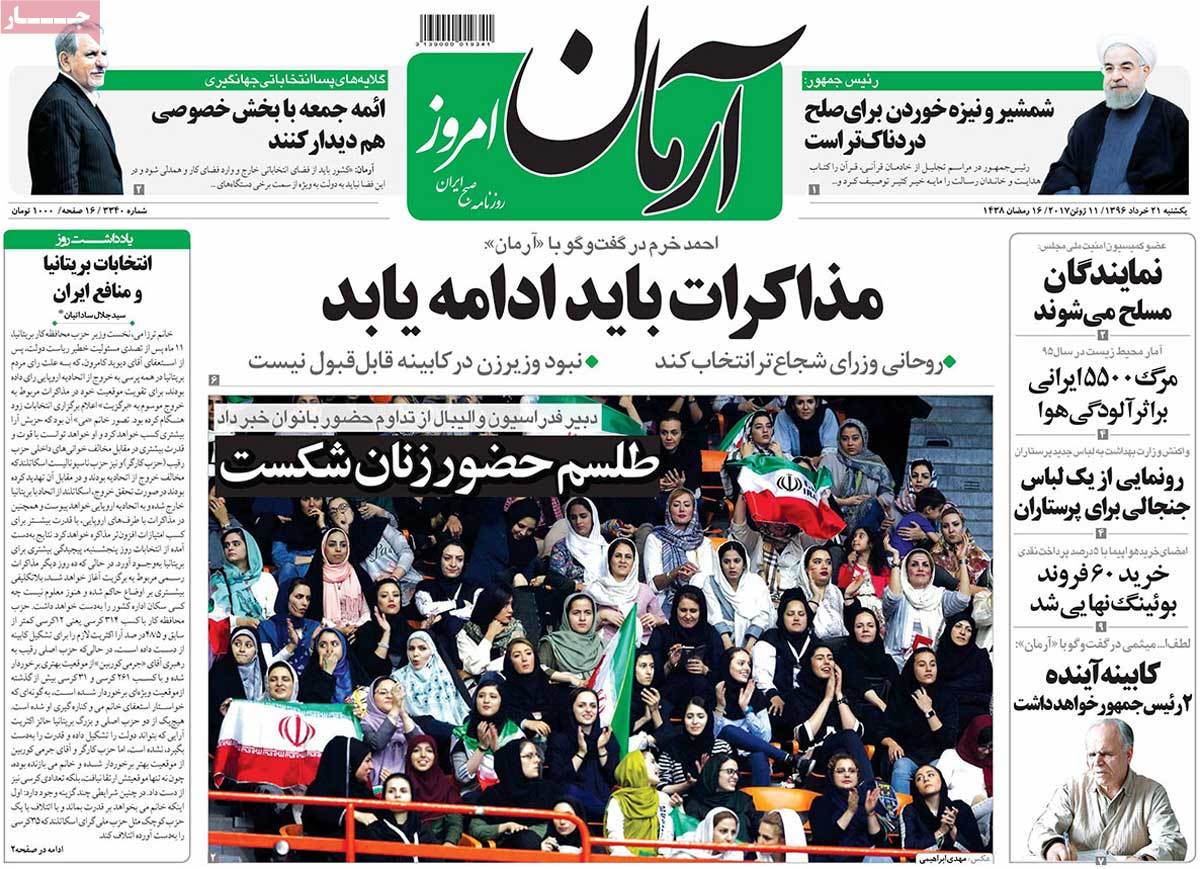 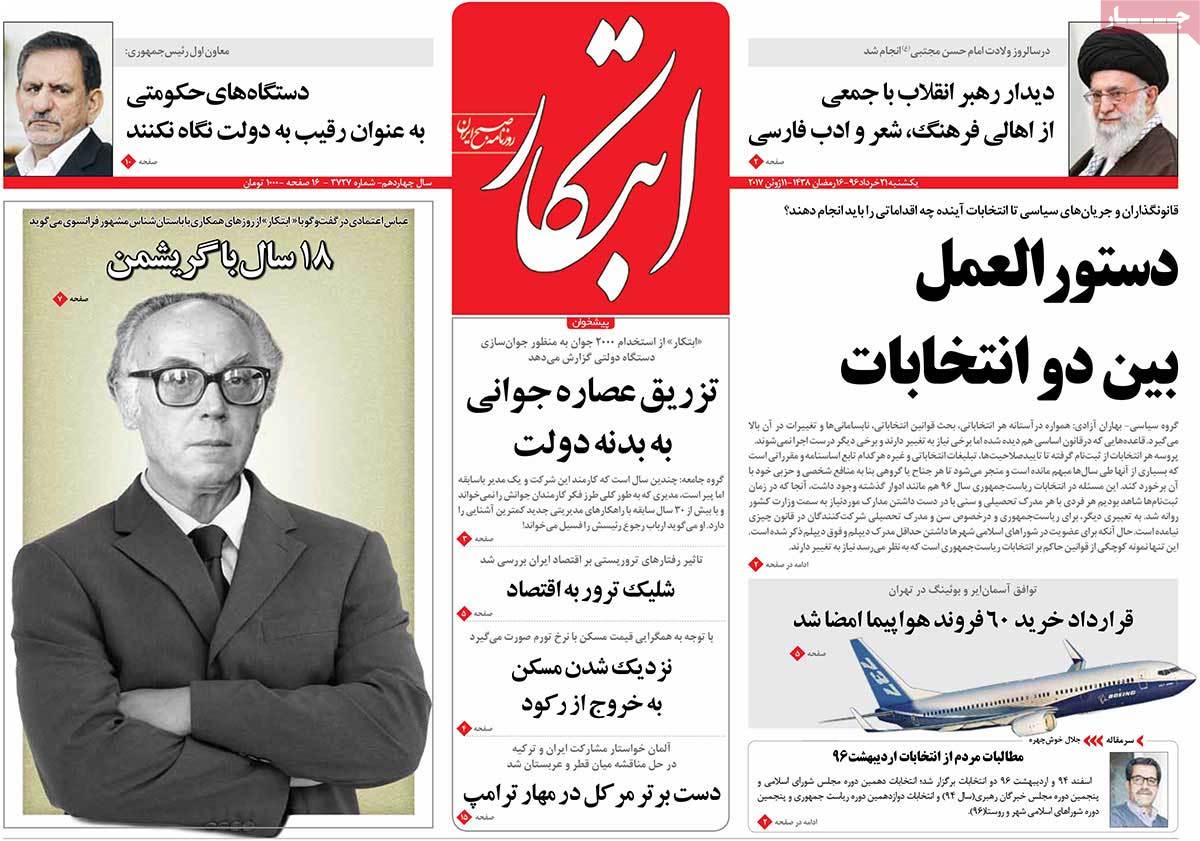 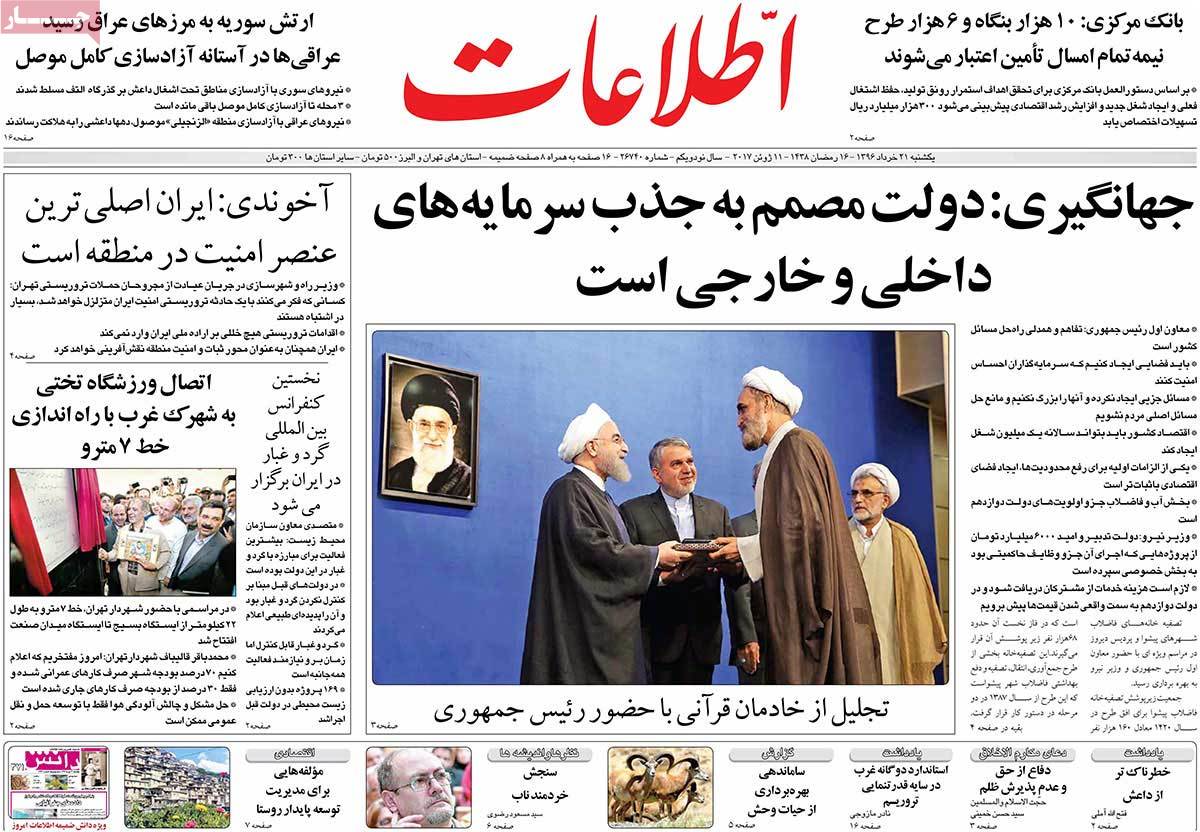 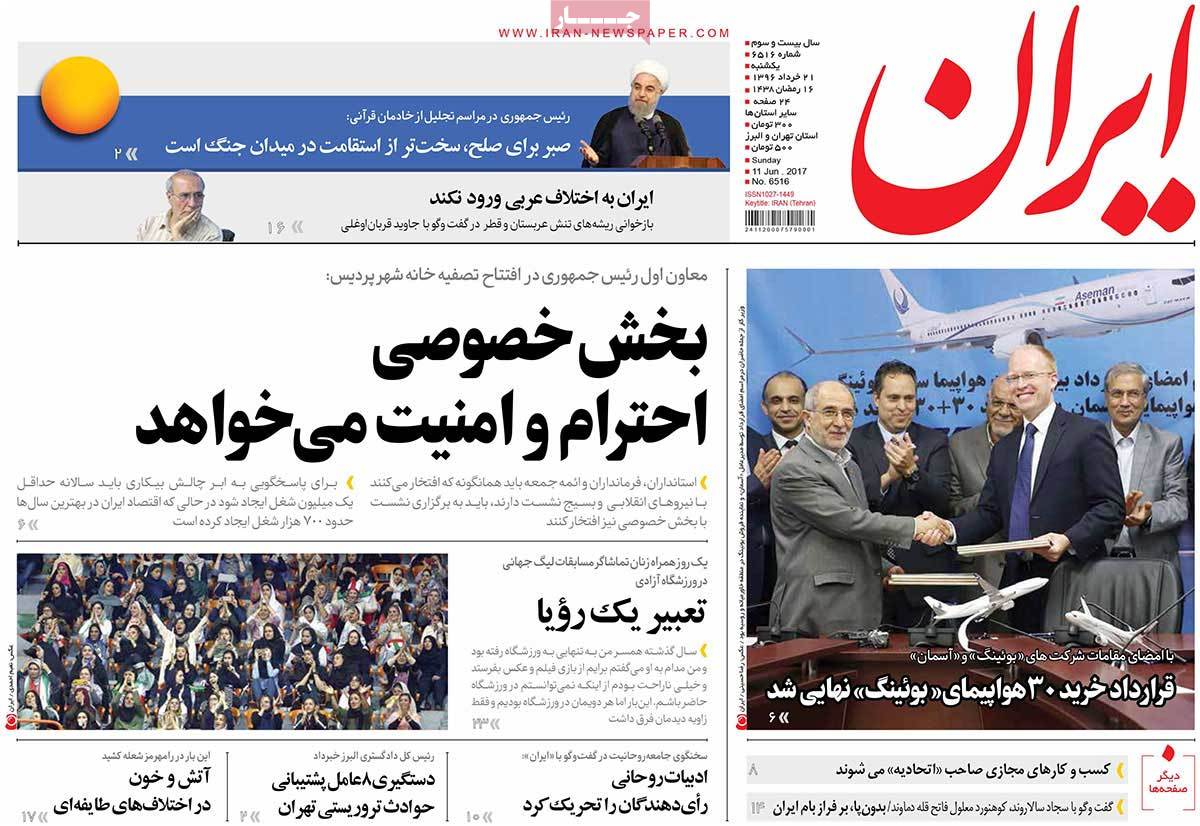 1- US Congressman: We Should Support Terrorist Acts in Iran 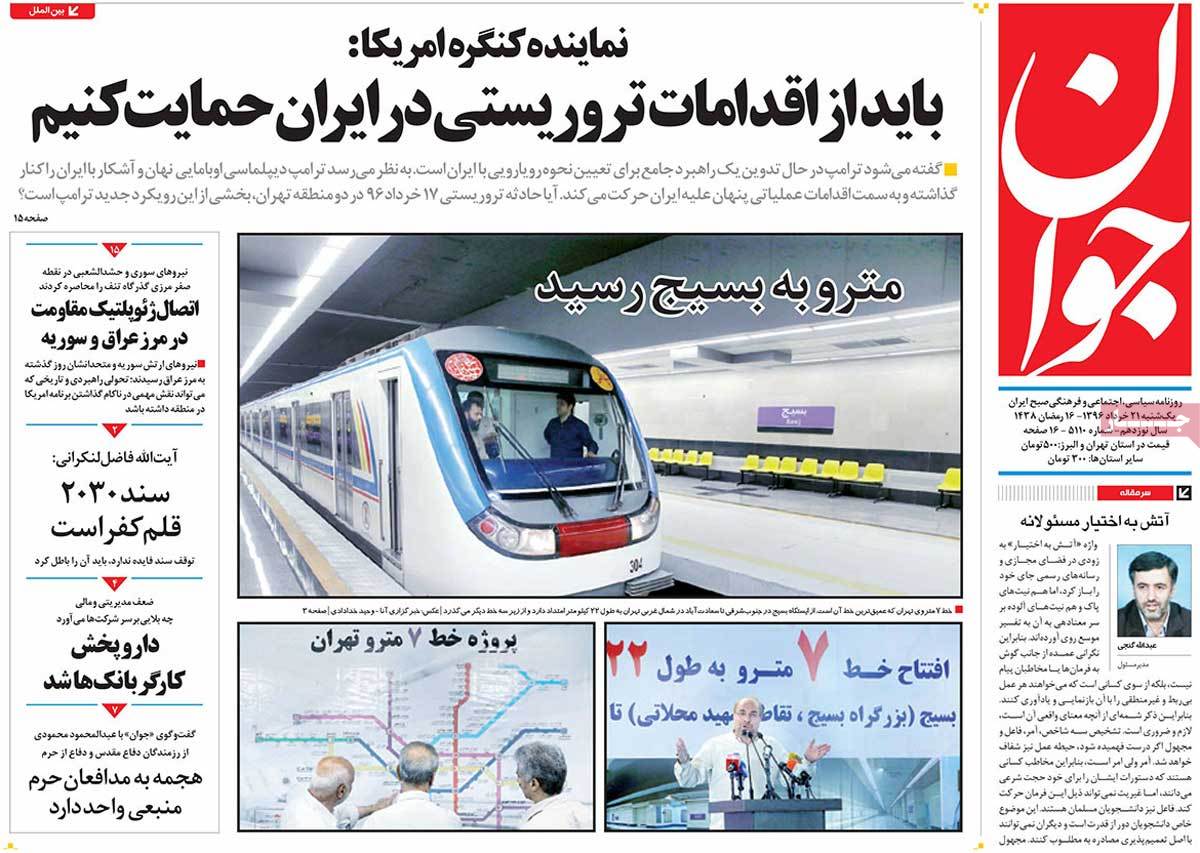 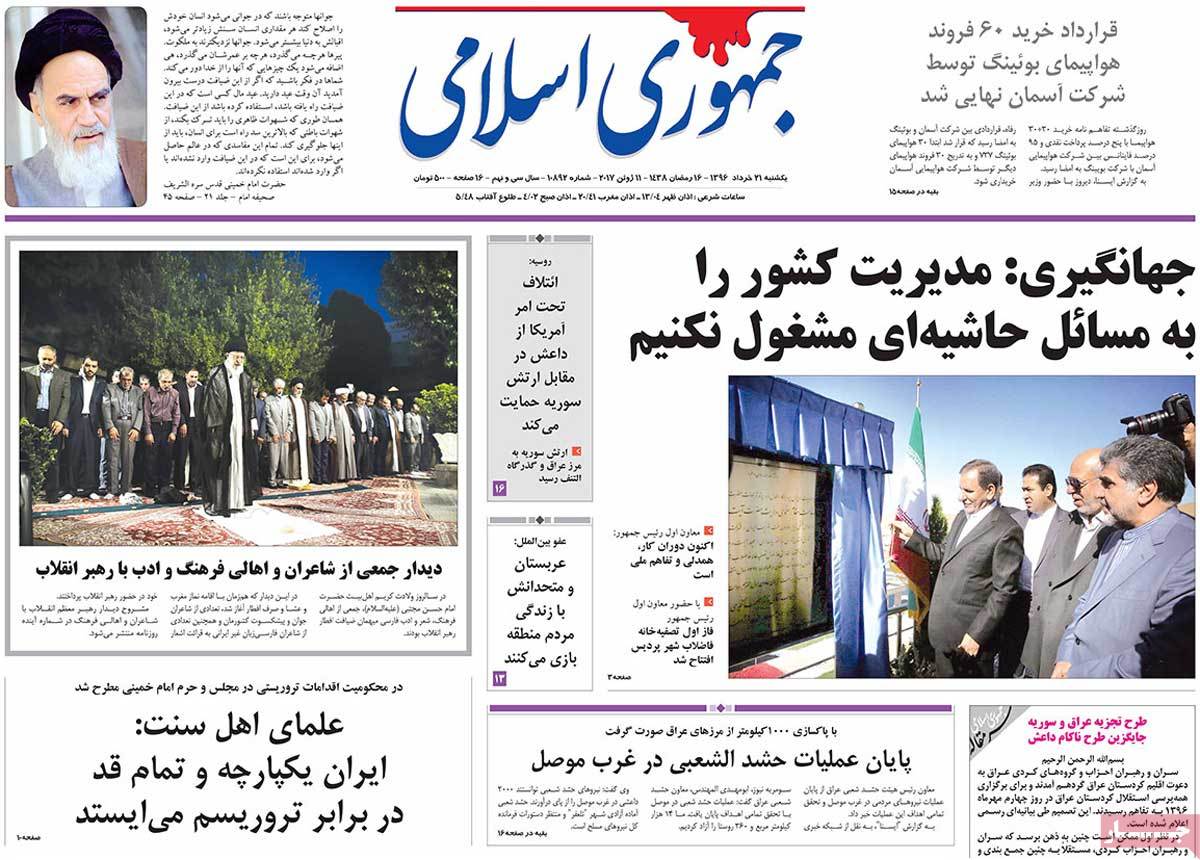 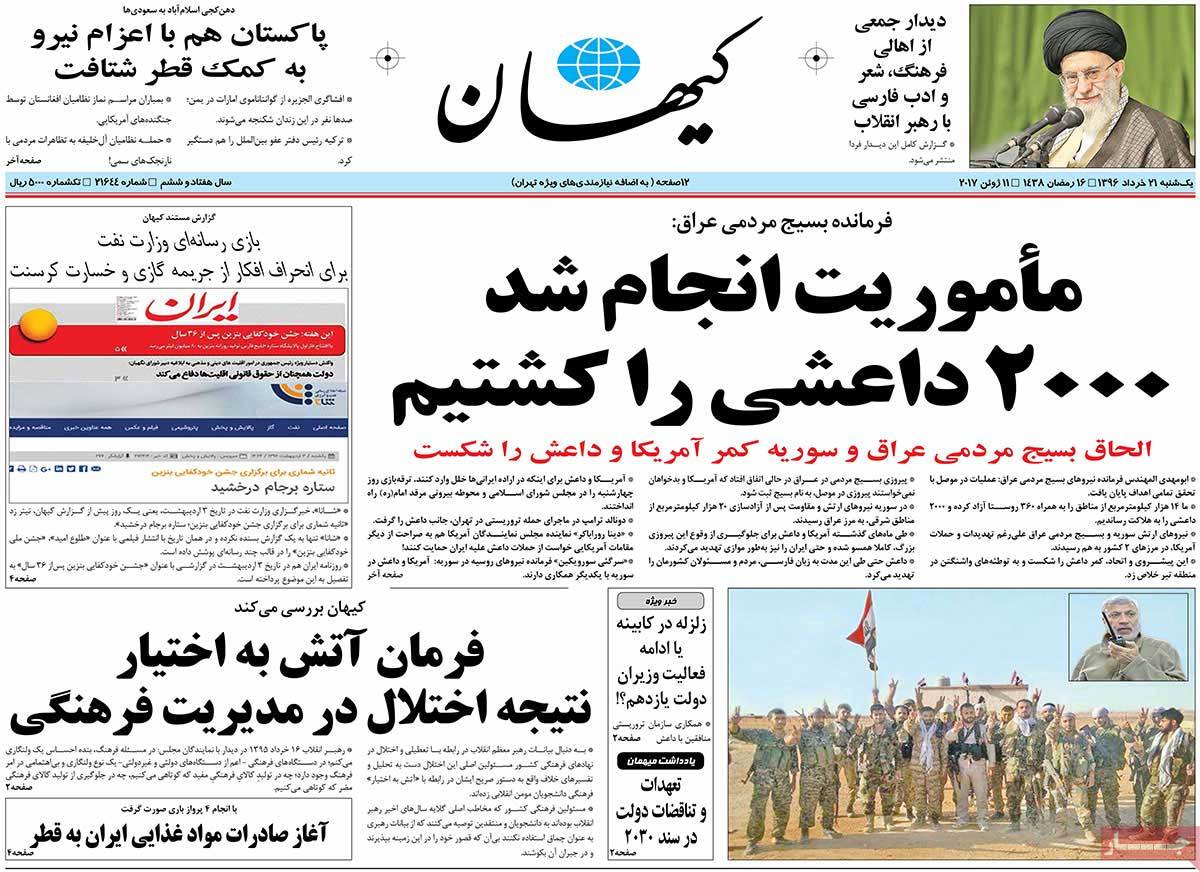 1- Mayor of Tehran: We’ve Been under Sanctions for 12 Years

3- Senior Cleric: You Can’t Talk of Islam and Deny Hijab 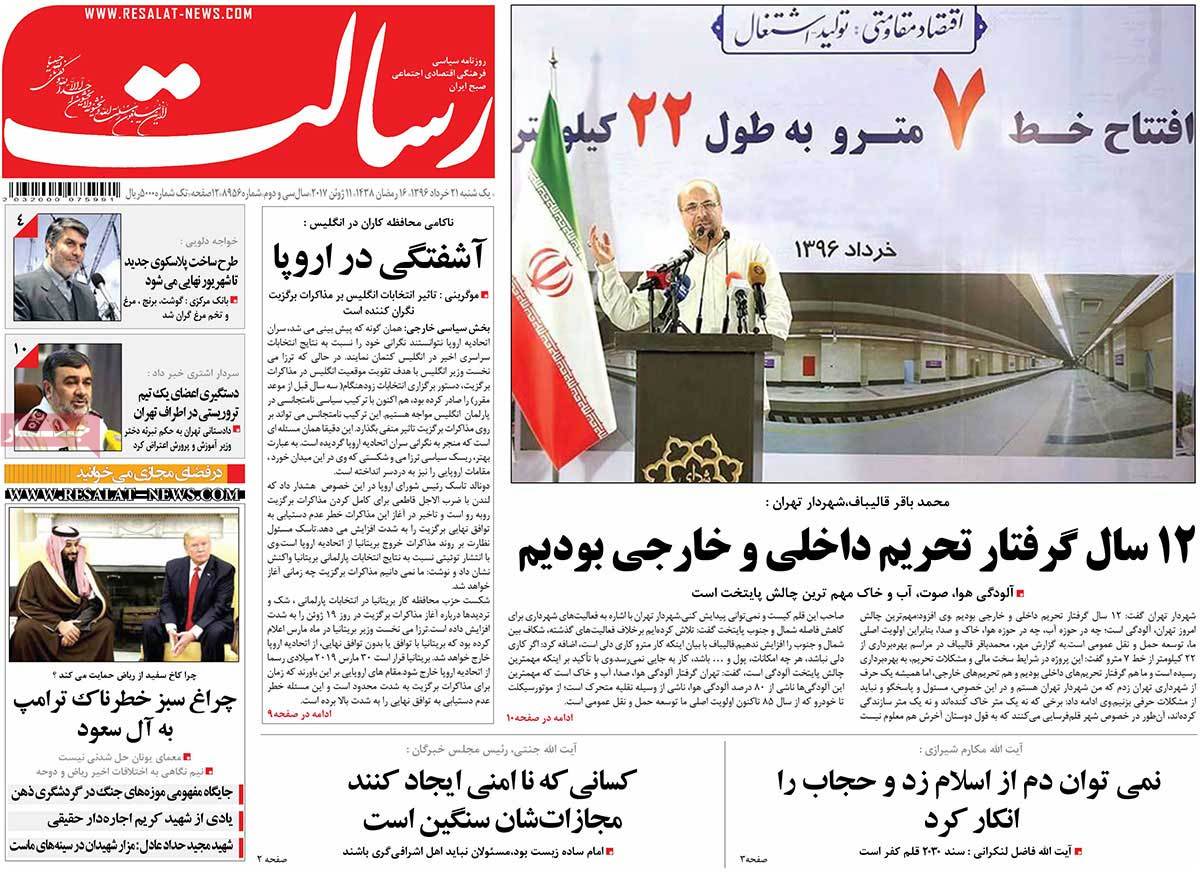 1- Qatar FM: We Have Positive Ties with Iran

2- AEOI: No Need for Foreign Funds in Redesigning Arak Reactor

3- Tillerson Calls for Decrease in Pressures on Qatar 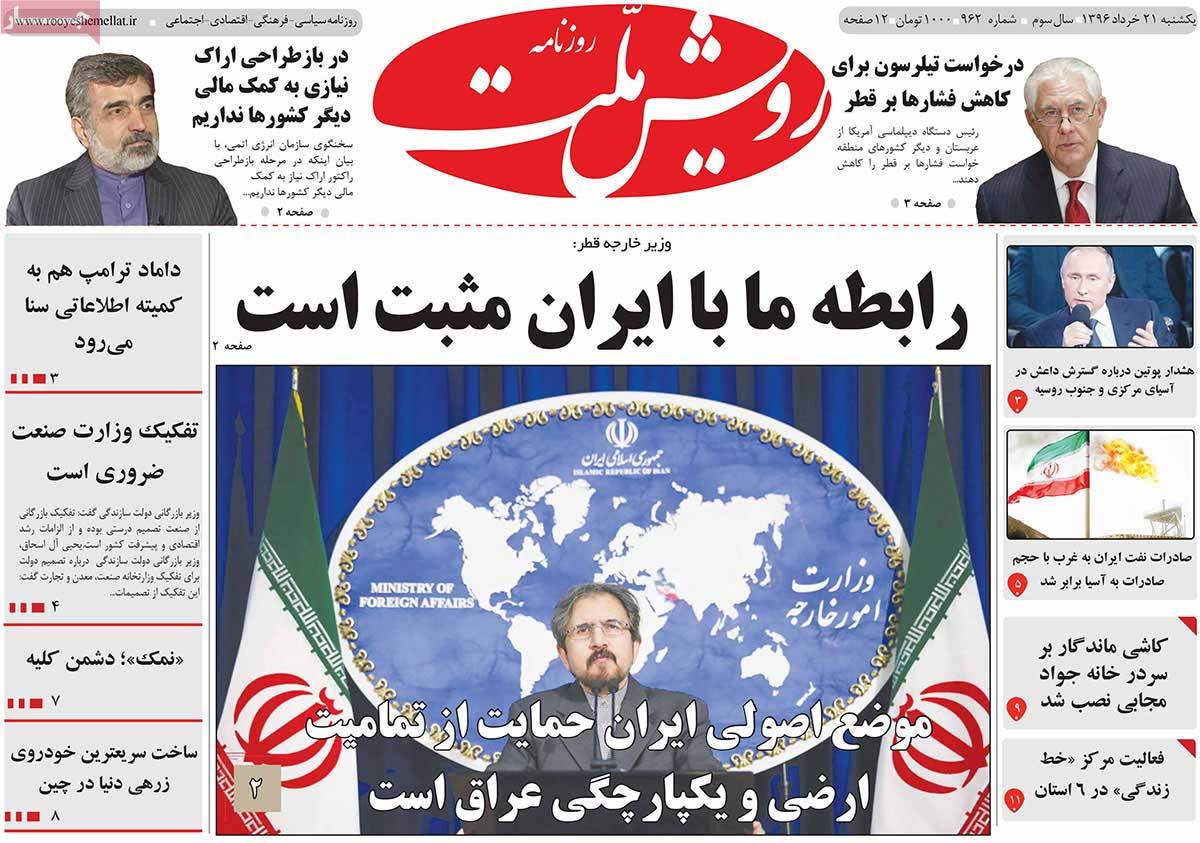 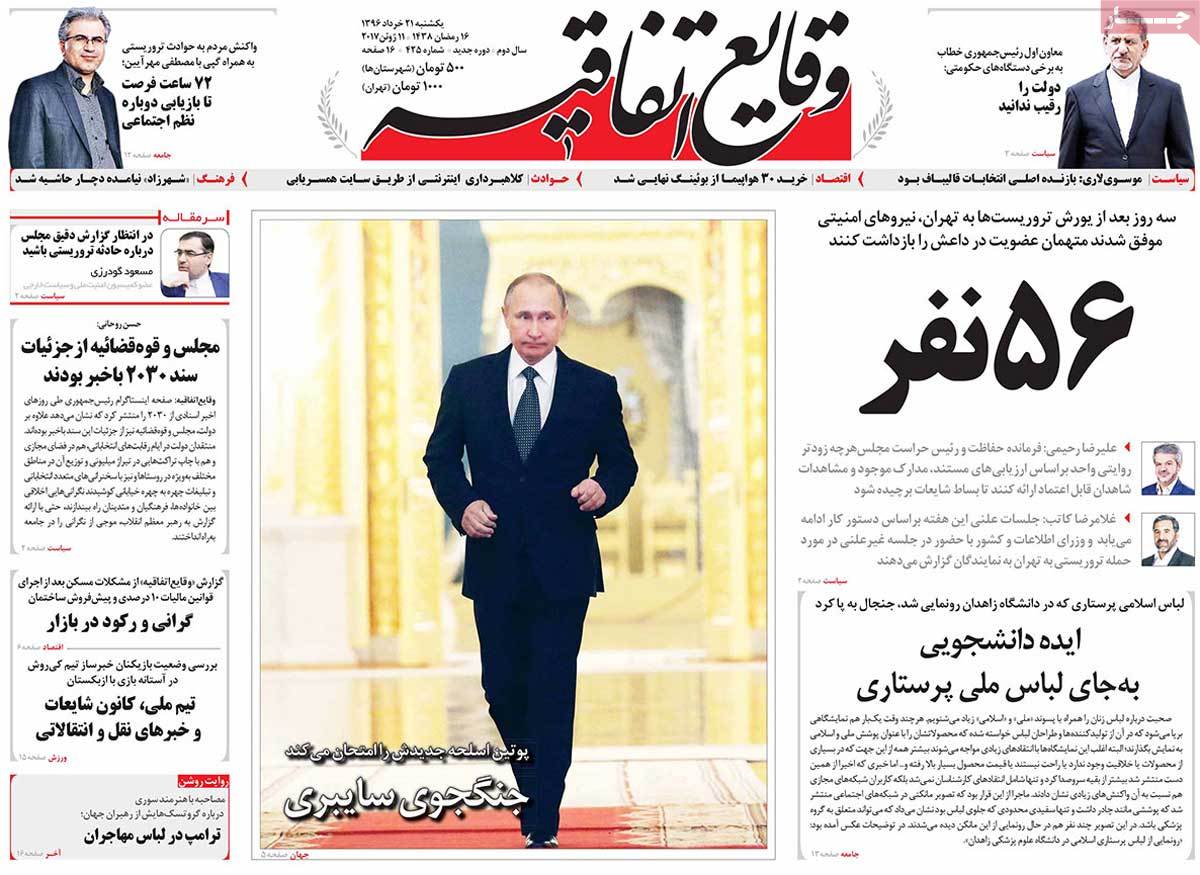