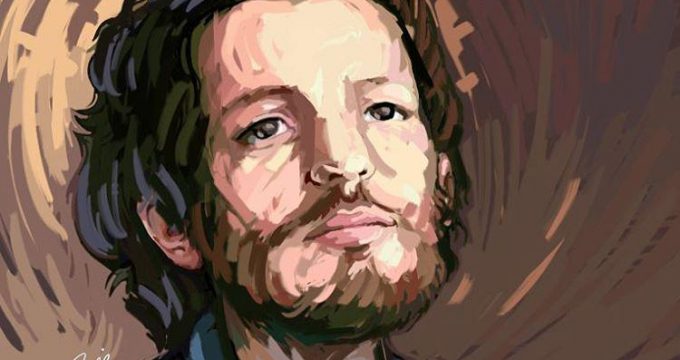 June 9th is the birthday of Edoardo Agnelli, who would have been the sole heir to his father’s fortune: Ferrari, Fiat, Lamborghini, Italian fashion companies, banks, etc. Edoardo was even the owner of the Juventus football club.

His father, Fiat Motors president Gianni Agnelli, was regarded by many as the “true King of Italy.”

Edoardo Agnelli III was Gianni’s only son and was preparing him to inherit the family’s large fortune and influence.

But with Edoardo’s degree in Eastern Religions from Princeton, he went on a spiritual journey to Shi’a Islam and met Ayatollah Khamenei in the Islamic Republic of Iran.

His family thought that it was dangerous for a Muslim to inherit all this wealth.

What would Edoardo have done with deep wealth and influence that is beyond our wildest dreams? Maybe he would have spent it to help the oppressed, uplift the impoverished, oppose imperialism/Zionism, and maybe make Italian banks interest/usury free, as Islam forbids usury. Edoardo would most certainly have refused Bilderberg Group membership. He would have taken a cue from the Prophet Muhammad’s wife Khadija, who used her wealth to support the spread of Islam and helping the poor.

To Edoardo, this physical plane of existence is as the Qur’an puts it: “Know that the life of this world is mere diversion and play, glamour and mutual vainglory among you.” [57:20] He saw through the reality of expensive cars, wealth, political influence, and more as nothing but a distraction and a product of man’s greed, selfishness, egoism, evil, and overcompensation for insecurities. He preferred the spiritual life, and was known by many as a mystic.

His family told him that if he doesn’t give up his beliefs, he will not inherit the wealth. But they were bluffing, as they needed someone to carry on the family legacy. They then made subtle remarks suggesting that his life was also at stake if his beliefs remain.

Edoardo made sure to let his close companions know to not believe a word of anything if he dies and people say it is due to suicide, drugs, or other circumstances that are abnormal to his disciplined, spiritual life.

On November 15th, 2000, Edoardo Agnelli died. The official story was that he jumped off “the bridge of suicides” near Turin, a bridge that belonged to his father’s construction company.

Many believe Edoardo was “suicided” by his own family to prevent a spiritual man with anti-establishment politics from coming into such obscene levels of wealth. He died turning down wealth in exchange for righteousness.

Gianni Agnelli died in 2003. If Edoardo had not been killed, he would have inherited the wealth in a post-9/11 world. One can only imagine what would happen if he used the money to counter the influence of the global power structure, create official consortiums for challenging the 9/11 official story, and oppose the wars and corporatocracy around the globe.

His story goes to show that most people have the capacity to change and break the cycle of their parents’ traditions if they are involved in corruption and oppression. This capacity is even true among the wealthy elite. Hopefully more children of the financial and political elites wake up and use their influence to affect change, no matter if the cost is their own life, because in doing so, they will save the lives of both present and future generations of humanity and the Earth as a whole. Sadly, Edoardo’s death may have served as a means of striking fear into the hearts of the children of the wealthy, preventing them from coming forward even though their hearts may command them to.