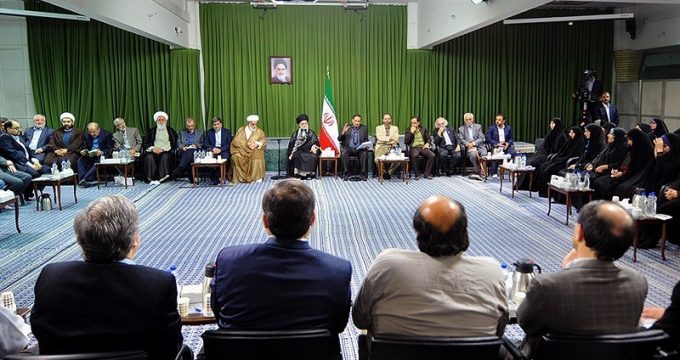 Tasnim – Leader of the Islamic Revolution Ayatollah Seyed Ali Khamenei called on poets to focus on poems satirizing the contemporary world’s strange and bitter facts, such as the US partnership with Saudi Arabia or the kingdom’s election to the UN women’s rights commission.

A group of cultural figures, professors of the Persian literature and poetry, young and veteran Iranian poets, as well as poets from India, Afghanistan, and Turkey had a meeting with Imam Khamenei in Tehran on Saturday night.

During the meeting, held on the occasion of Shiite Muslims’ second imam, Hassan al-Mujtaba’s (AS) birth anniversary, Ayatollah Khamenei said a number of major political issues in the modern world have not been given due attention by the poets. 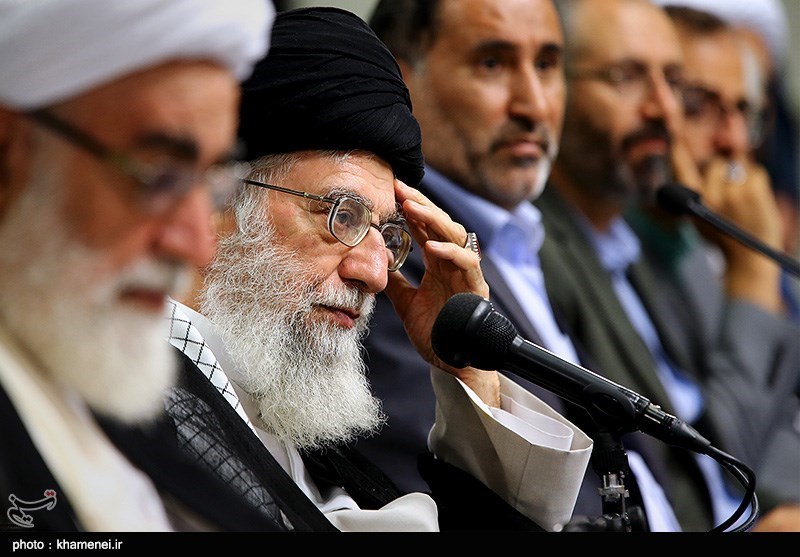 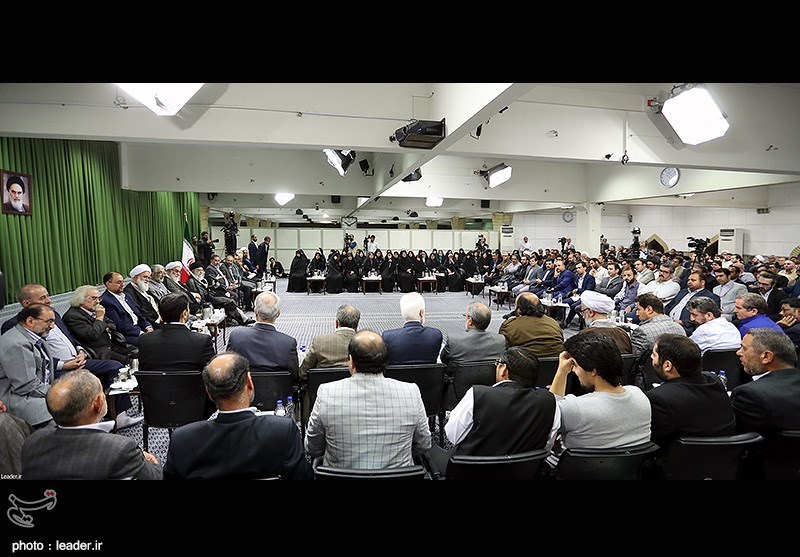 What is going on in Syria or the developments in Iraq merit thousands of poems, the Leader stressed, adding, “Many people are uninformed about what purposes the Americans were pursuing in Iraq and how they (Americans) came up against a stone wall.”

Ayatollah Khamenei then emphasized the necessity for “satirizing poems” about the odd things in today’s world, pointing to cases such as the representatives of “the modern ignorance and the tribal ignorance” performing sword dance together, or election of a government like Saudi Arabia to the United Nations Commission on Human Rights.

On May 20, Donald Trump bounced along to a ceremonial sword dance in the Kingdom of Saudi Arabia during his maiden foreign trip as the US president. 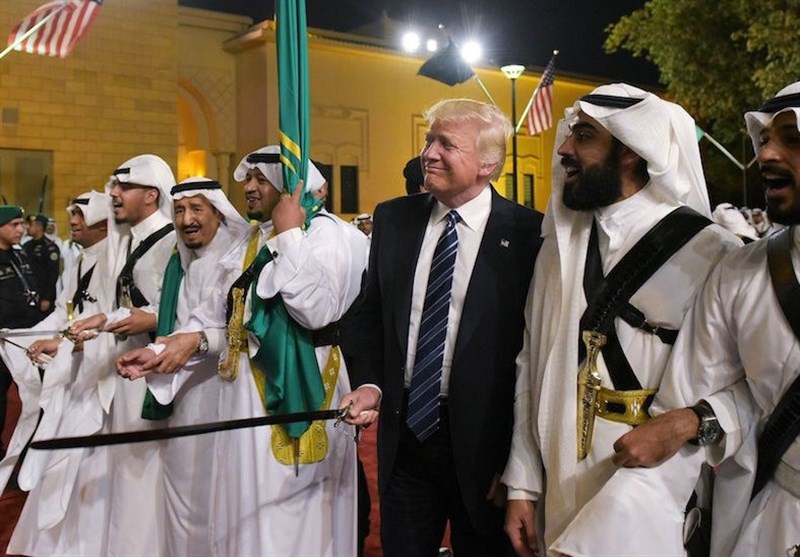 The Saudi regime has become one of 45 countries sitting on a panel “promoting women’s rights” while women in the kingdom are not allowed to vote or even drive. 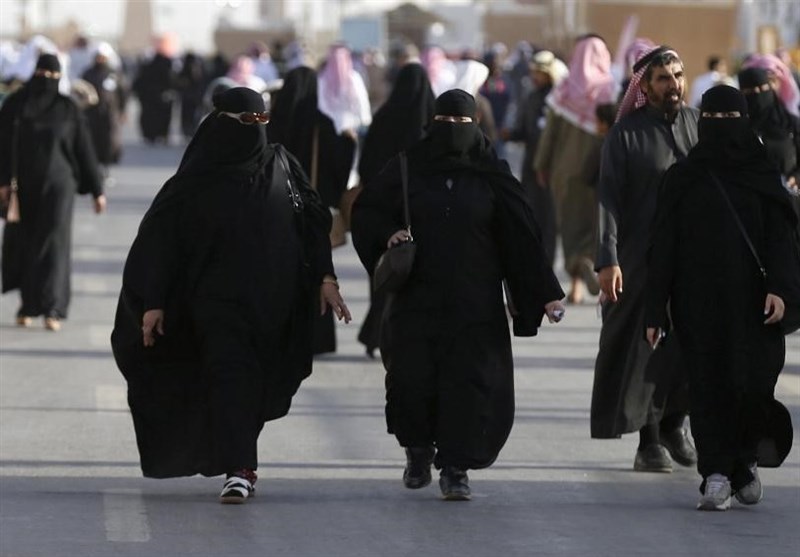