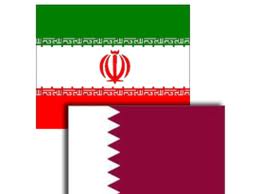 The Hill | ALBERT B. WOLF: One could be forgiven for confusing Saudi King Salman with Frank Underwood this week. The way the Saudi monarch cajoled Egypt, Yemen, Bahrain, and the United Arab Emirates into isolating Qatar by withdrawing recognition of Doha, as well as restricting land, sea, and air travel, were eerily reminiscent of the effectiveness of House of Cards’ protagonist’s ability to whip votes in the House. President Trump not only backed the move, but has taken credit for it — followed by a quick “thank you” to the Qataris for giving the U.S. basing rights. However, Iran is the real winner.

Qatar’s search for status has put it at odds with other Arab states for years. Measures from Al Jazeera’s open criticism of other regimes and promotion of Qatari interests, to Doha’s support for the Egyptian Muslim Brotherhood to unilaterally backing its own horses in Syria have put it at odds with its neighbors. And then there’s Iran — the nation most Arab states — starting with Saudi Arabia, view as their biggest existential threat.

Iran has been pursuing a wedge policy vis-à-vis Qatar and its fellow members of the Persian Gulf Cooperation Council (GCC). While the nascent “Arab NATO” is nominally designed to combat the threat posed by the Islamic State and groups like it, many in Iran view it as an attempt to contain and isolate Tehran. “Wedging” is when a state breaks up or divides an alliance, preventing its isolation and reducing the number of enemies it is facing.

During World War II, Winston Churchill pursued such a strategy when he attempted to draw Mussolini’s Italy out of the Axis powers. The U.S. did this during the Cold War with Sadat’s Egypt. Exploiting divisions between Doha and the rest of the GCC, if not pulling Qatar out of any alliance entirely, helps to keep the region off-balance.

Part of the Iranian attraction for Qatar is economic. Iran has failed to develop its natural gas reserves in South Pars. Qatar is the leading exporter of liquified natural gas. Fearful that after the nuclear deal Iran would flood the world market with cheap gas, Qatar signed an agreement in 2014 to help Tehran develop its South Pars field. In addition, Qatari Emir Sheikh Tamim bin Hamad al-Thani is accused of having criticized tensions with Tehran and called for understanding of Hezbollah as well as Hamas.

The Trump administration’s backing of Qatar’s isolation is unlikely to help. President Trump is maintaining consistency with both his campaign message and the signals sent on his recent trip to the region. However, the U.S. is in a uniquely advantageous position to help bridge the gap between Qatar and the rest of the GCC. Right now, Washington is closer to both Qatar and the Saudi-led alliance than they are to one another. This gives the Trump administration leverage to force both sides to cut a deal that will help distance Qatar from Tehran.

Some would suggest that the gap that needs to be bridged is not (only) between Qatar and the other states in the GCC, but between Iran and the rest of the Arab states that have joined the anti-ISIS coalition. Many were hopeful that a grand bargain between Iran and Saudi Arabia would result from the nuclear deal.

Iran opposed the Taliban before 9/11, and has opposed the expansion of the Islamic State in Iraq and Syria. On Thursday, ISIS claimed responsibility for twin attacks against the Majles and Ayatollah Khomeini’s mausoleum in Tehran, killing 12 people. These could be seen as a coup for ISIS over competitors such as Al Qaeda because they are the first successful terrorist attacks against Iran since the early years of the revolution.

However, the presence of a common foe are unlikely to bridge the gap between Iran and its Sunni neighbors. Many of the regional powers states that have joined the anti-ISIS coalition are widely believed to see Iran as the greatest danger to their security. They blame Tehran for opportunistically exploiting domestic tensions among the Shia communities within their own societies and continue to fear Iran’s growing influence in Iraq, Syria, and Yemen. They see the Islamic Republic as a net exporter of terrorism.

A failure to bridge the gap between Doha, the Gulf Cooperation Council, and states such as Egypt is unlikely to further the creation of an Arab NATO. Instead, it is preventing the formation of a counter-balancing alliance against Tehran.

Albert B. Wolf, Ph.D., is an assistant professor of political science at theAmerican University of Afghanistan. He previously served as a Republican legislative assistant in the U.S. House of Representatives.