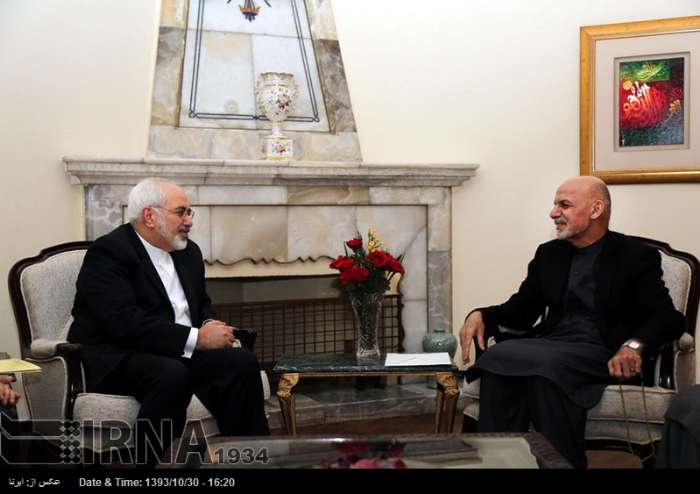 Zarif is currently in Kazakhstan to attend The two-day Shanghai Cooperation Organization summit meeting as well as the opening ceremony of Expo 2017 international exhibition.

It is predicted that Iran’s SCO membership will be raised and discussed during the meeting of the Shanghai Cooperation Organization.

During the meeting, Ghani condemned terrorist attacks in Tehran and expressed solidarity with Iran’s leadership and the Iranian people and government. He also congratulated President Hassan Rouhani on his reelection in May 19 election.
The Afghan President further noted that the targeting of two major points in the Iranian capital by the terrorists indicates the perpetrators’ enmity toward the nation.

Ghani also called on all the governments to join in the fight against the terrorists.

Both sides also exchanged views on the ongoing crisis among the Persian Gulf littoral states, urging them to solve their problems through dialogue because the region cannot tolerate other crises.