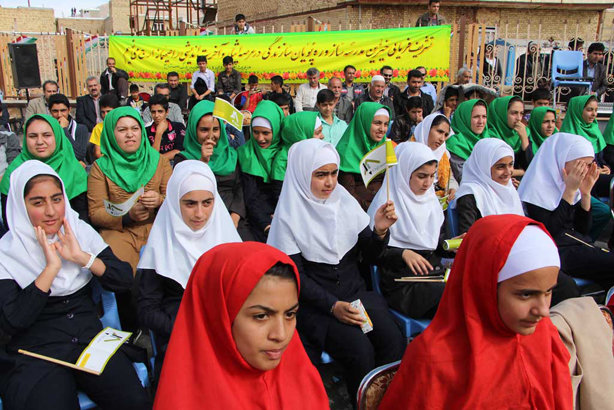 Al-Monitor | Zahra Alipour: A UN-devised global education agenda known as Education 2030 proved to be one of the biggest challenges for incumbent Hassan Rouhani in Iran’s May 19 presidential election. Just 12 days before the polls, on May 7, Supreme Leader Ayatollah Ali Khamenei criticized Rouhani’s Cabinet for quietly adopting the measure and said, “It is the Islamic Republic here! Here Islam is the benchmark! The Quran is the benchmark! It is not a place where the deficient, destructive and corrupt Western lifestyle can infiltrate! … The UNESCO 2030 education agenda and the like are not agendas that the Islamic Republic of Iran should have to surrender and submit to.”

Ayatollah Khamenei’s comments paved the way for Rouhani’s conservative rivals, cleric Ebrahim Raisi and Tehran Mayor Mohammad Bagher Ghalibaf, to attack the government, accusing it of making education “un-Islamic.” The parts of the document they criticized were gender equality — which the Principlists believe should be “gender fairness” and “gender separation” — as well as the idea of educating schoolchildren about sex and homosexuality.

In September 2015, the UN General Assembly adopted a resolution titled “Transforming Our World: the 2030 Agenda for Sustainable Development.” The Education 2030 agenda is one of 17 goals envisioned in this plan. Based on the document, all 192 UN member states must “ensure inclusive and quality education for all and promote lifelong learning” for everyone, regardless of gender, ethnicity or age, by the year 2030. Based on this document, the Rouhani administration designed its own educational plan called “The Islamic Republic of Iran 2030 National Education Act: Moving Toward Quality Education and Lifelong Learning,” which has so far neither been approved by the Supreme Council of Cultural Revolution nor become law.
Read more here