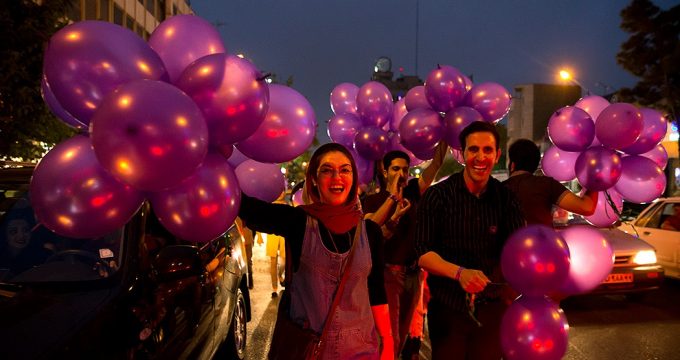 Financial Times | Gary Kleiman: The Tehran Stock Exchange index rallied to eliminate its 5 per cent loss since the beginning of the year after Hassan Rouhani, the self-styled moderate president, convincingly won a second term in mid-May, overcoming a unified conservative challenge from a close ally of Ayatollah Khamenei, the supreme leader.

His opponent was Ebrahim Raisi, head of the biggest tax-exempt religious foundation, with $15bn in assets, which as an institutional investor has major stakes in exchange listings without exercising traditional corporate governance. Mr Raisi led an attack on the government’s economic record and cited rising poverty and unemployment, despite the economy’s rebound from recession, with 6 per cent oil export-driven growth this fiscal year following sanctions relief from the six-nation nuclear deal. His platform called for higher social spending and more trade and investment protection in line with the supreme leader’s “resistance” vision.

However, the Rouhani team countered with its own defence of pro-poor policies and of stability achieved by cutting inflation to single digits and improving job prospects by raising Iran 10 places in the annual World Bank Doing Business ranking. The president’s campaign also listed new legislation in parliament to clean up the state-dominated banking system, with its double-digit bad loan rates in “urgent” need of reform, according to the IMF’s February Article IV report.

Mr Rouhani’s agenda urged capital market promotion as well after the recent pilot issuance of sukuk Treasury bills. With the momentum of victory and technocrats in charge at the central bank and key ministries, long-awaited financial sector overhauls could finally draw in foreign direct and portfolio investors, who have visited in droves with minimal allocation to date estimated at less than 5 per cent of equity turnover. US commercial and financial sanctions remain in place against companies and individuals associated with the Iranian Revolutionary Guard, and may be stiffened under new proposals in Congress to punish support for Syria’s Assad regime. Nevertheless, Tehran has already accessed $30bn in frozen assets and claims the sum still blocked is “insignificant”.

It is working with the Paris-based Financial Action Task Force to remove remaining money laundering and terror financing curbs, which keep big multinational banks away even though the domestic system is now fully hooked up again to the Swift payments network. Over 200 Asian, European and Middle Eastern lenders have forged correspondent relationships, and China’s ICBC, South Korea’s Woori and Oman’s Bank Muscat are establishing local branches. In turn, Iranian banks are expanding and reviving their cross-border presence in London and local European markets such as Turkey, and credit and debit card integration has been set up in Azerbaijan, Iraq and Russia. In theory, foreign banks can acquire minority ownership in local counterparts, and the biggest state-run, partially privatised and purely private banks are listed on the Tehran exchange.

The top three — Mellat, Saderat and Tejarat — control about 60 per cent of assets, and government shares could be further divested under a plan to complete hundreds of state enterprise transactions this fiscal year just released by the economy ministry’s privatisation organisation. In early 2015, before the nuclear accord, Mr Rouhani convened a national conference to debate industry modernisation and rehabilitation.

Banks were ordered to divest non-credit real estate and securities activities over three years as they focus on core balance sheet repair, but the non-performing loan rate remains over 10 per cent, according to September 2016 central bank figures, and capital adequacy has fallen to 5 per cent under stricter measures requiring $5bn in emergency injections under the latest budget. Financials have been the worst-performing shares for several years, with the benchmark borrowing rate still punishingly steep at more than 15 per cent, an attempt to quash demand as banks struggle to repay long-term deposits yielding 20-30 per cent from the period of 40 per cent inflation early in Rouhani’s term.

Financials also have sizeable exposure in property, which has been in a five-year recession, and the government has accumulated massive contract arrears from the sanctions era, which it has just started to whittle down by issuing new bonds as part of a broader capital markets development strategy. The Tehran bourse is a leading member of the Istanbul-based Federation of Euro-Asian Stock Exchanges and has committed to aligning trading, regulation and corporate governance with prevailing emerging market standards. Following experimental placements by the Treasury, fixed income activity has grown to $8bn and Turquoise Partners, a top market-maker for foreign investors, launched a dedicated sovereign bond fund several months ago.

In the two years since Iran came on the radar to enter global frontier portfolios, mainstream ex-US investor hopes have been mostly dashed. But in the next two, the potential realisation of Mr Rouhani’s ambitions could prompt an entry clamour that New York and Washington may also consider. Gary Kleiman is senior partner at Kleiman International Consultants, a global emerging economy and financial market advisory firm.