A Look at Iranian Newspaper Front Pages on June 6

Iran Front Page- IFP has taken a look at the front pages of Iranian newspapers on Tuesday and picked headlines from 19 them. IFP has simply translated the headlines and does not vouch for their accuracy.

Almost all newspapers today covered the remarks made by the Leader of Iran’s Islamic Revolution Ayatollah Seyyed Ali Khamenei in a ceremony to mark the 28th anniversary of the demise of Imam Khomeini, the founder of the Islamic Republic.

The top story, however, was the diplomatic row between Qatar and a number of Arab countries, including Saudi Arabia, Bahrain, the UAE, and Egypt.

Iran’s reaction to the rift between regional countries, and the aftershocks of the important development were also widely covered.

1- Electoral Offences Had No Effect on Election Results: Leader

2- Rouhani: No One in Iran Is Above the Law 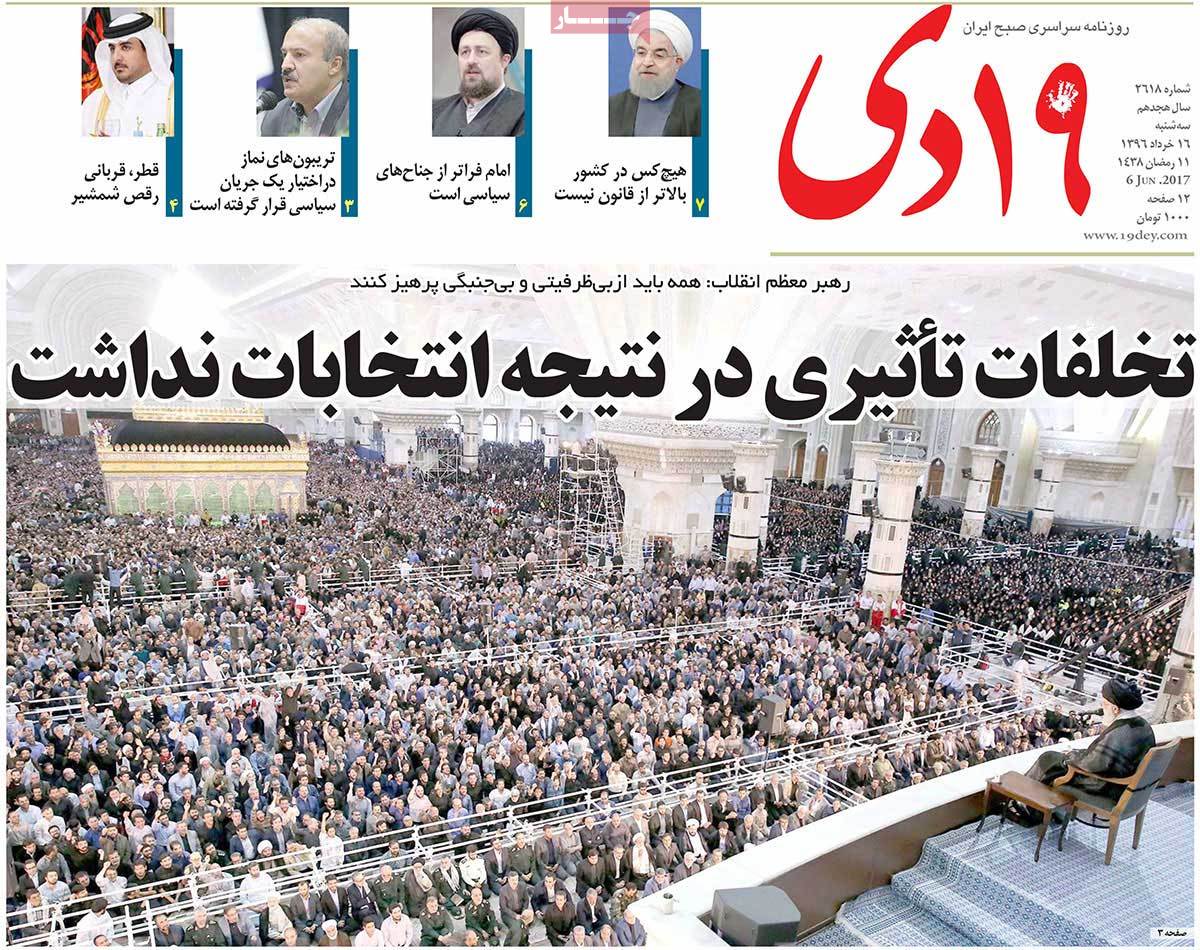 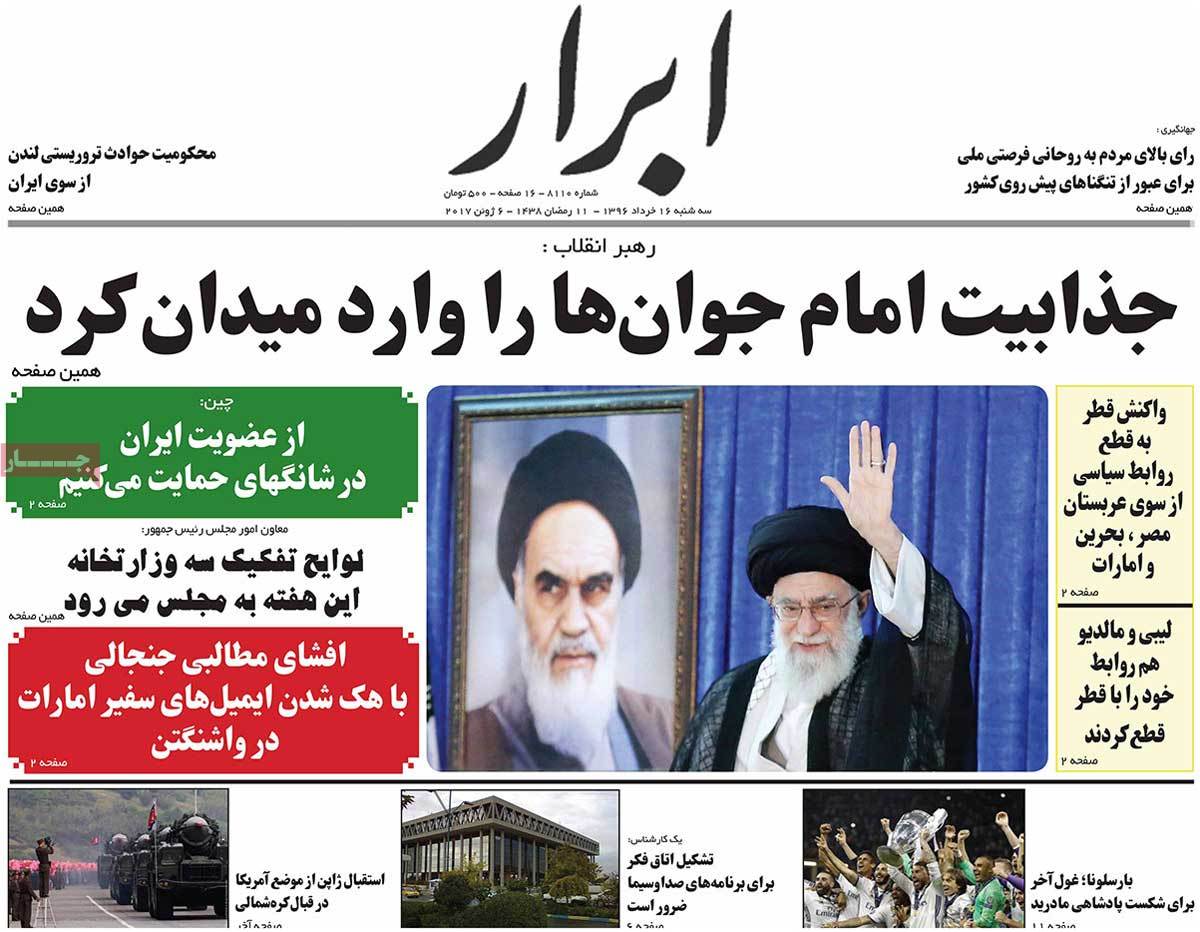 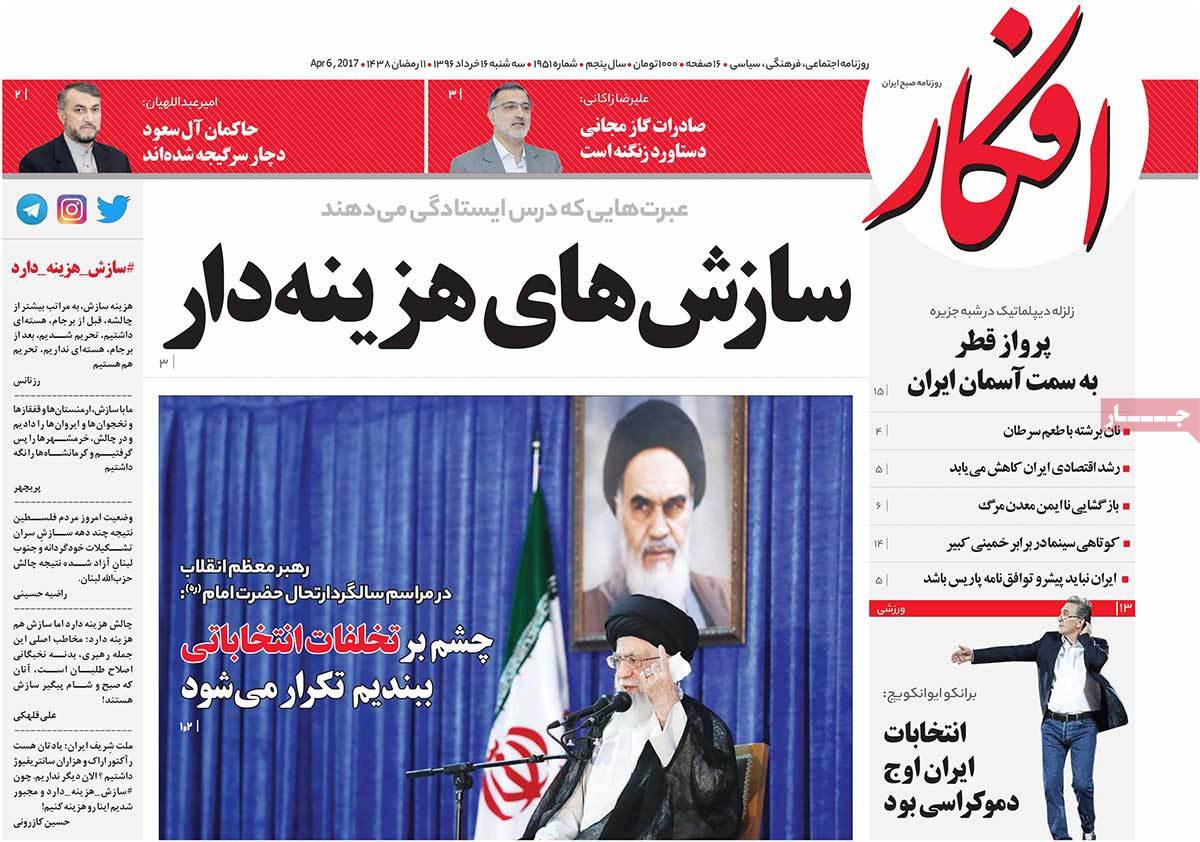 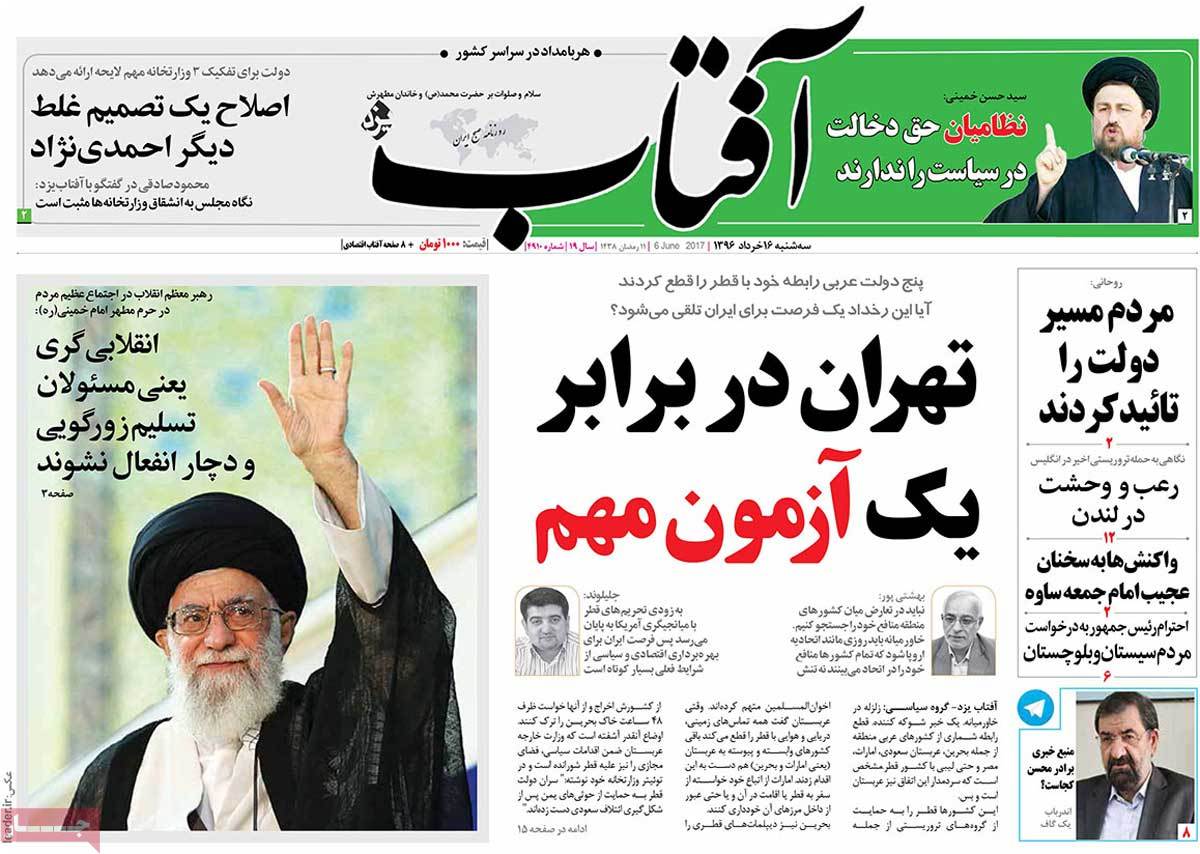 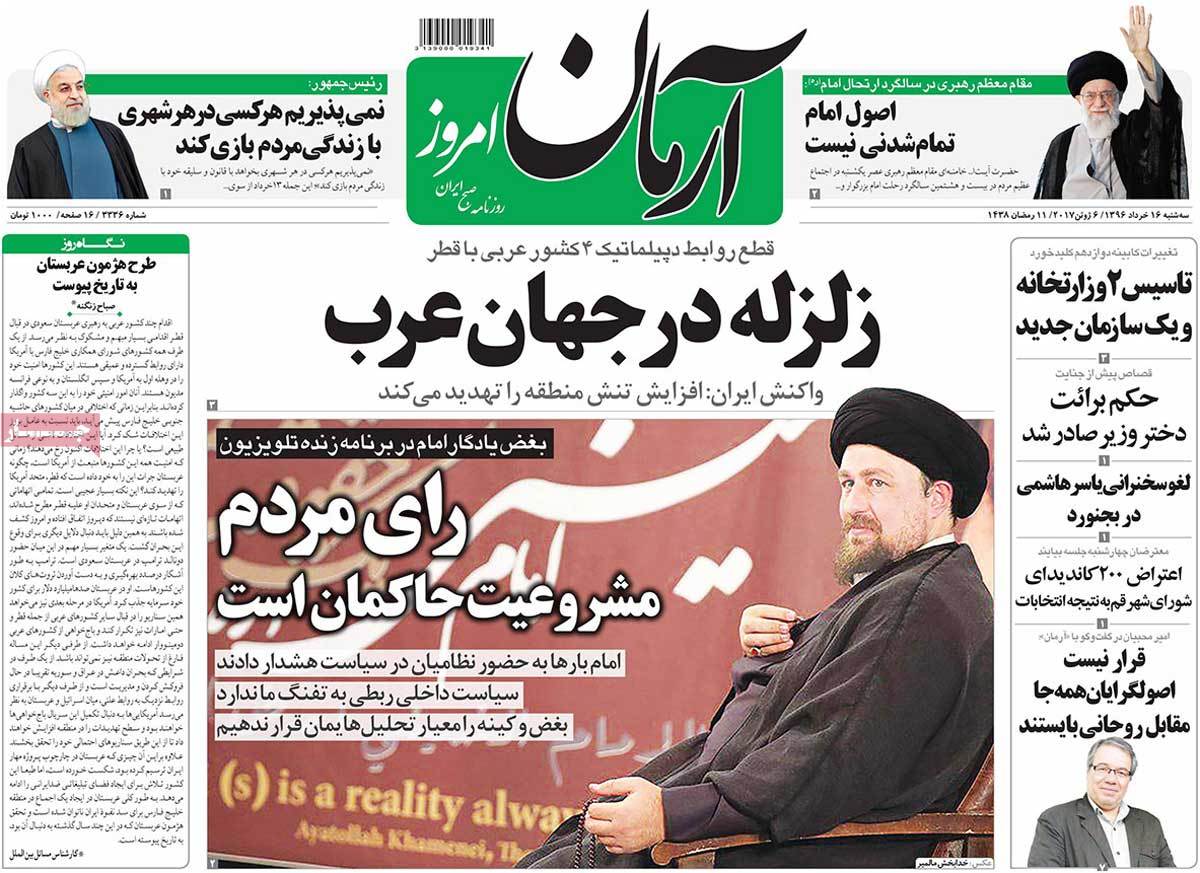 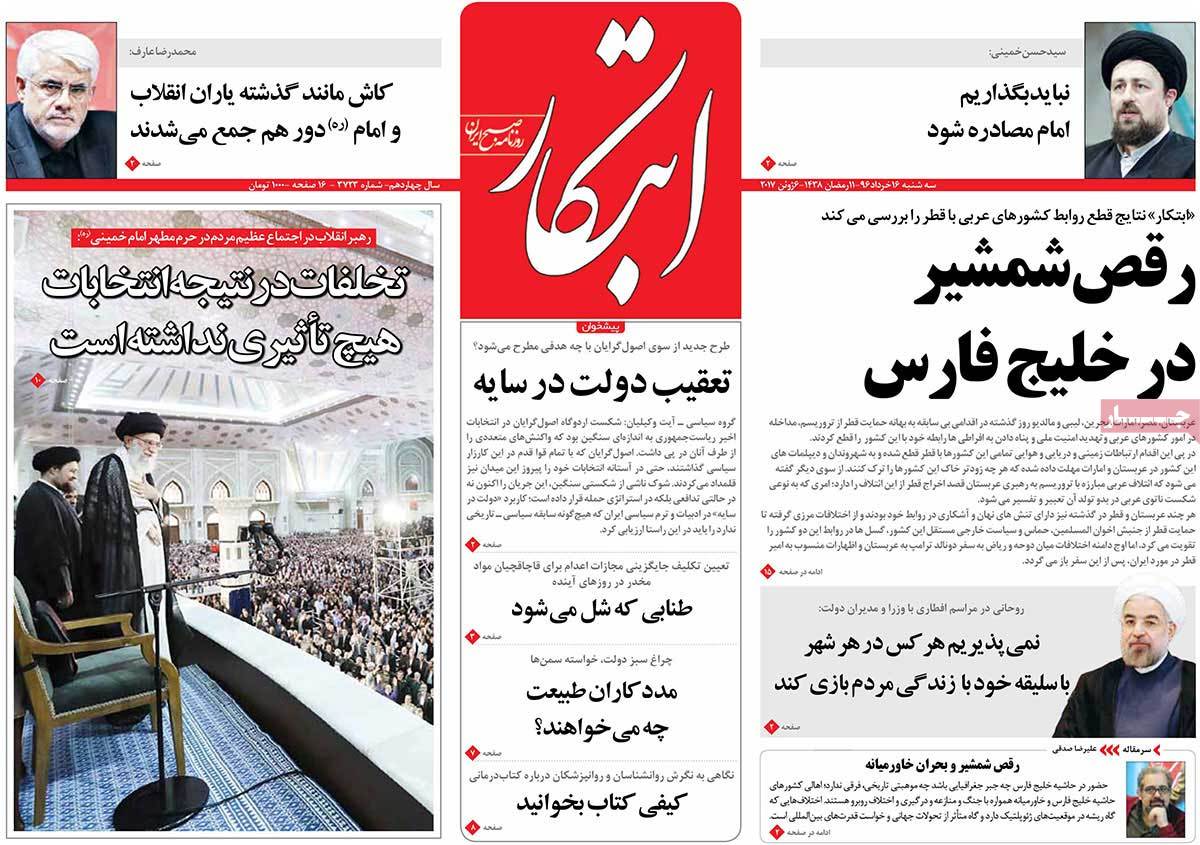 1- Earthquake in Arab Coalition: Saudi Arabia to Be Isolated in Anti-Iran Coalition

4- Will Iran Fill the Gap Created by Qatar’s Neighbours? 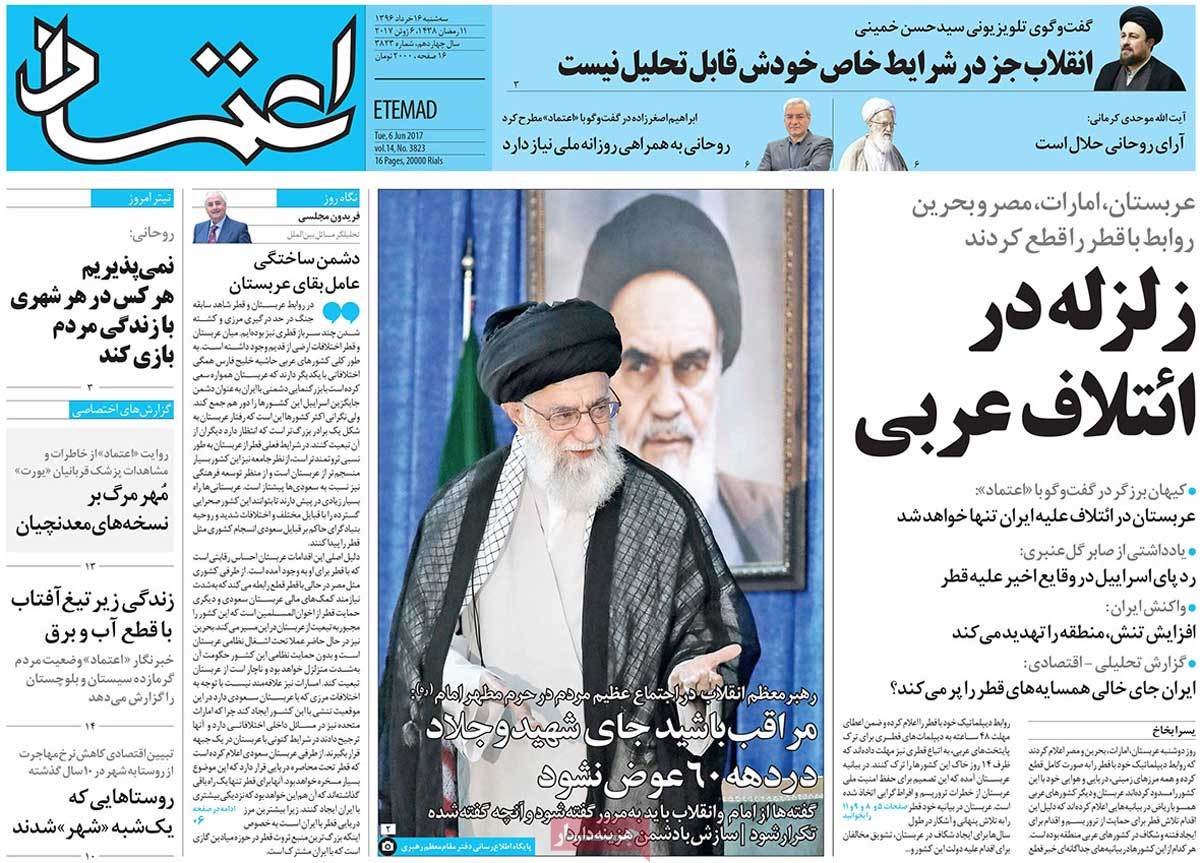 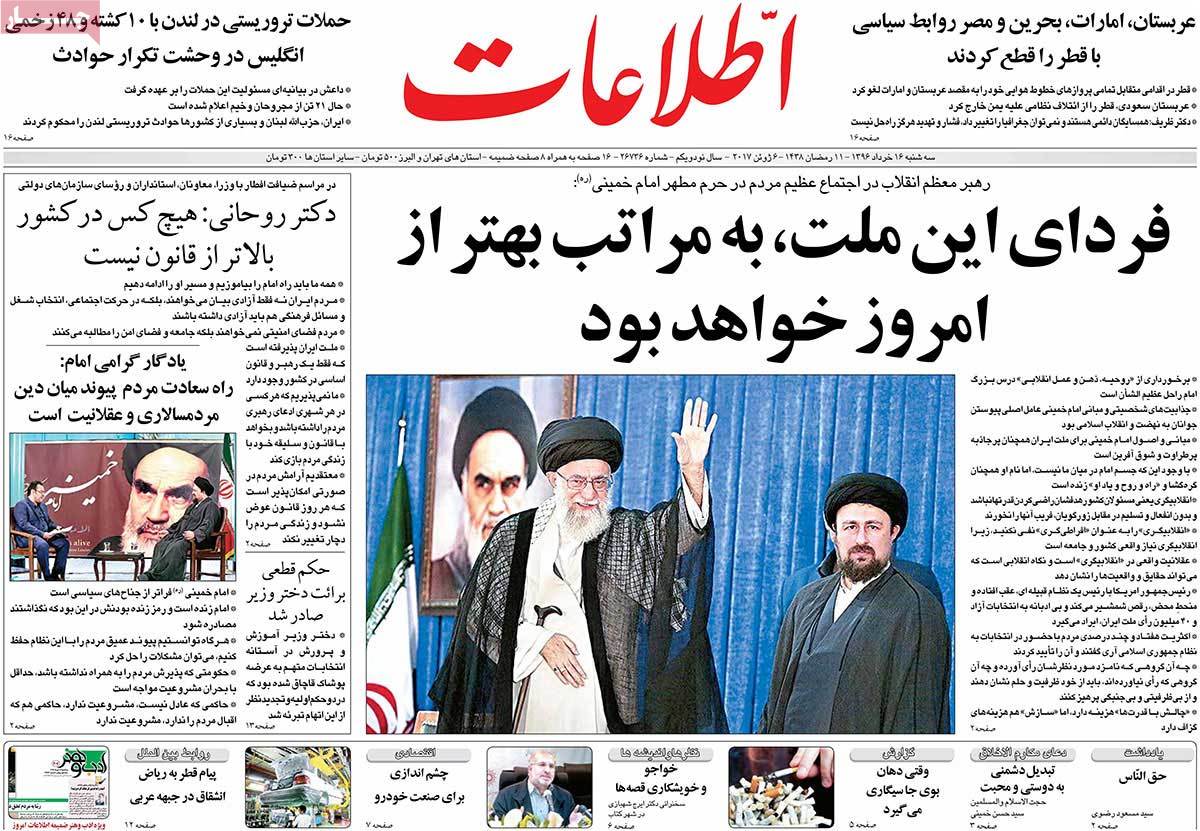 1- Situation Is Dangerous in Mideast!

3- Corbyn, British Officials Call on May to Resign over Security Failure 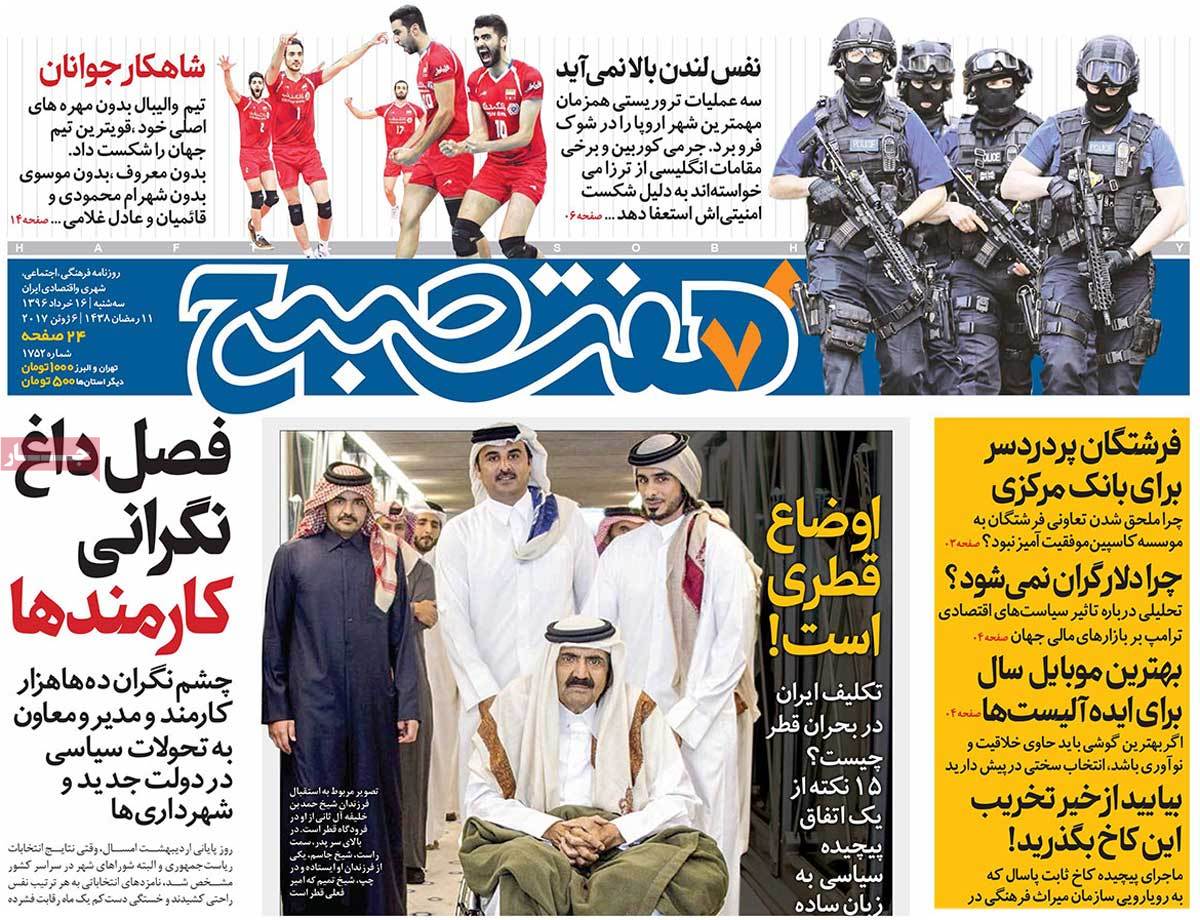 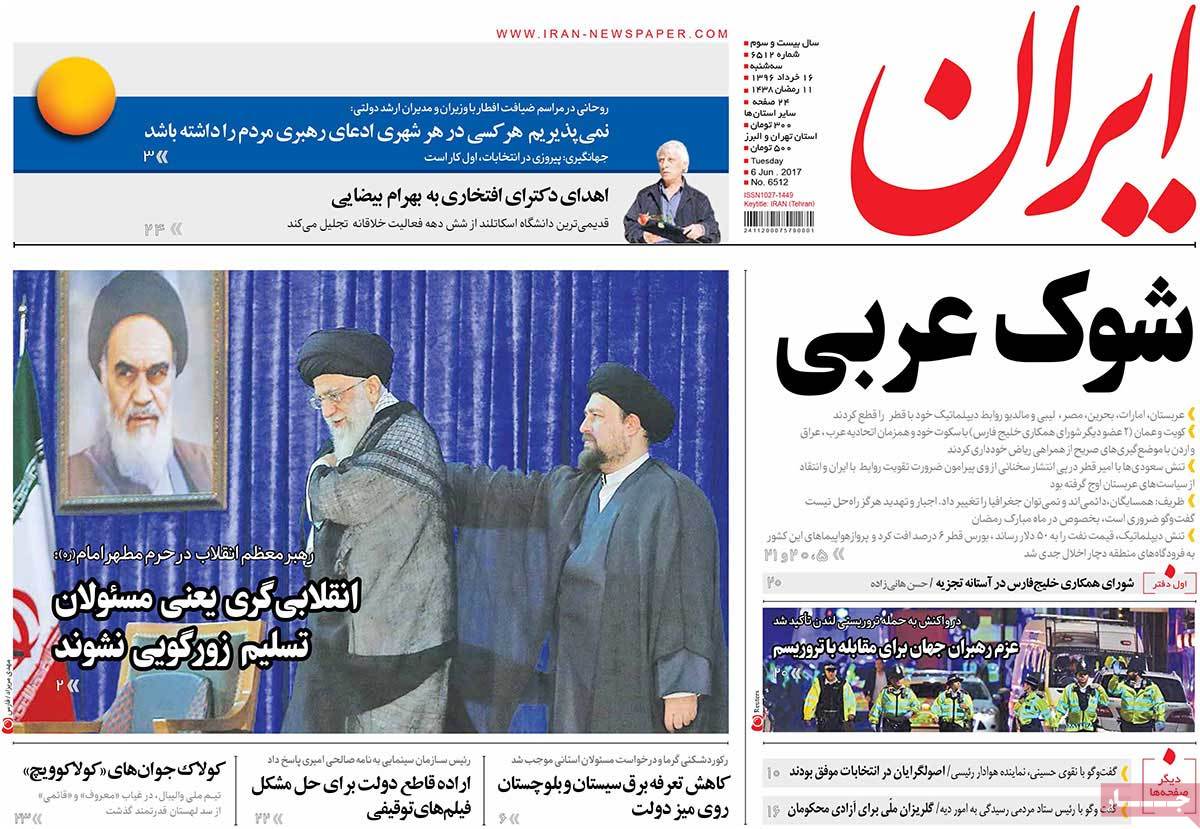 2- Aftershocks of Qatar’s ‘No’ to Tribal Chief 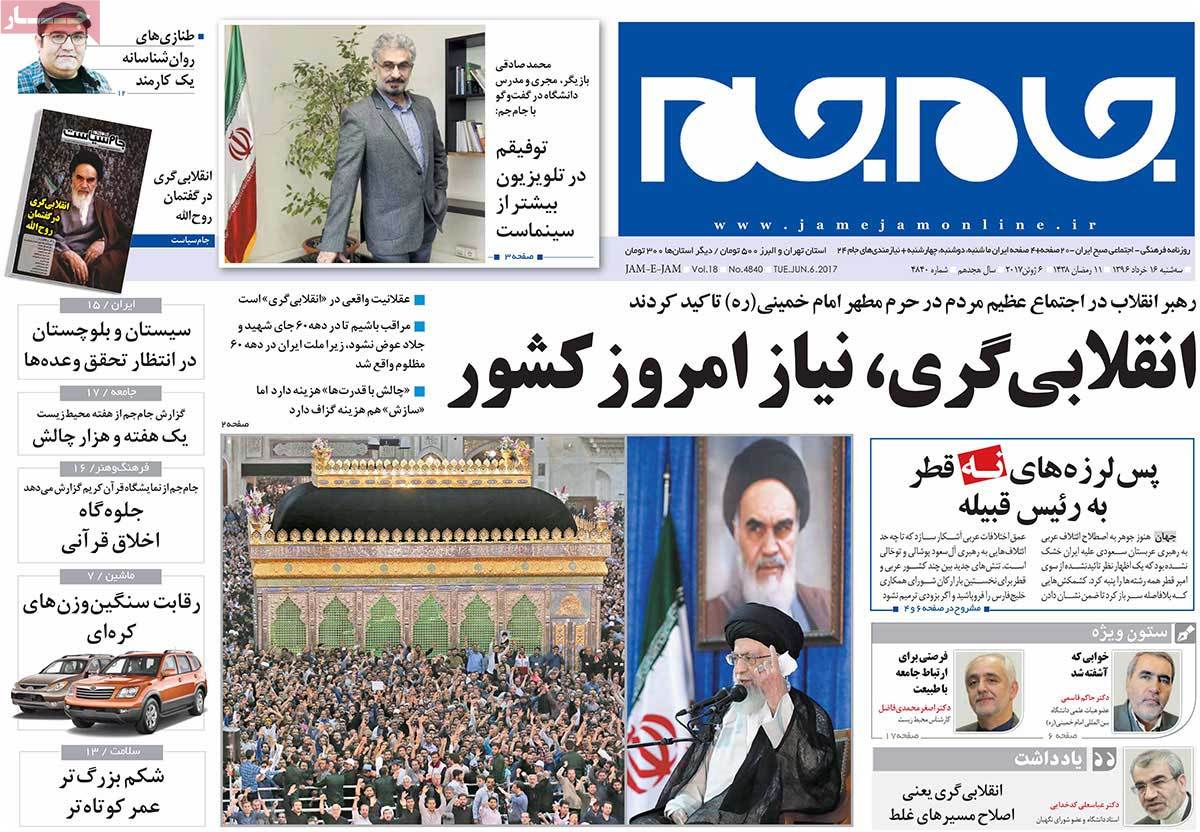 2- Terrorism Escalates from London to Kabul and Melbourne

3- Battle of ‘Al’s after Coalition 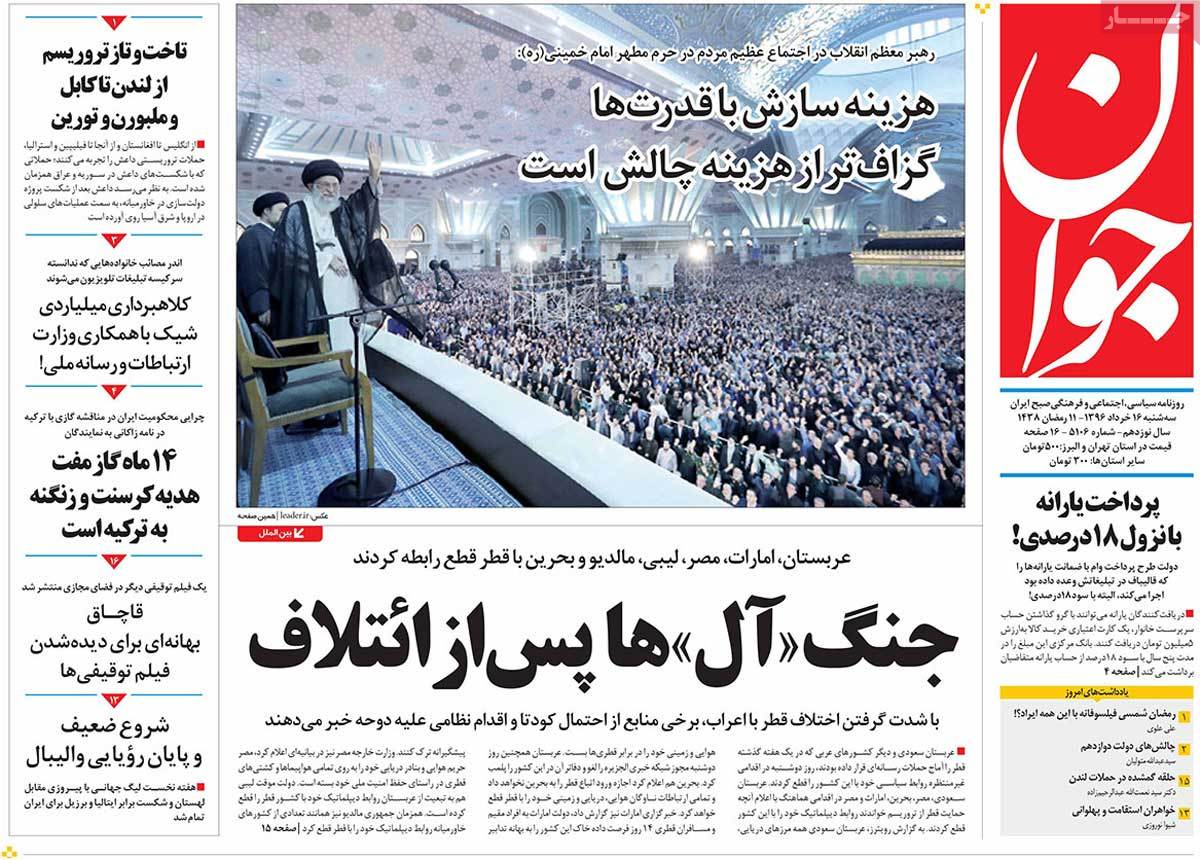 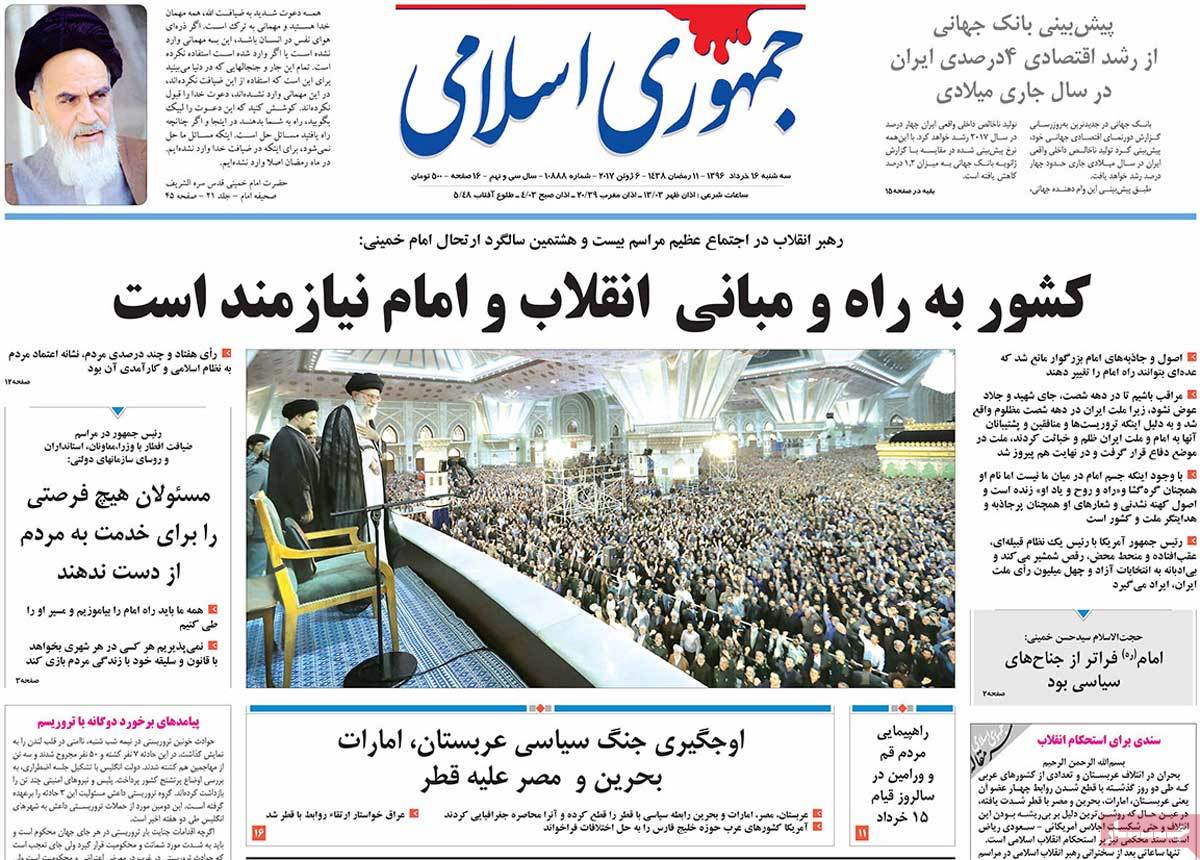 2- Iran: Dialogue Only Way to Heal Rift between Regional States 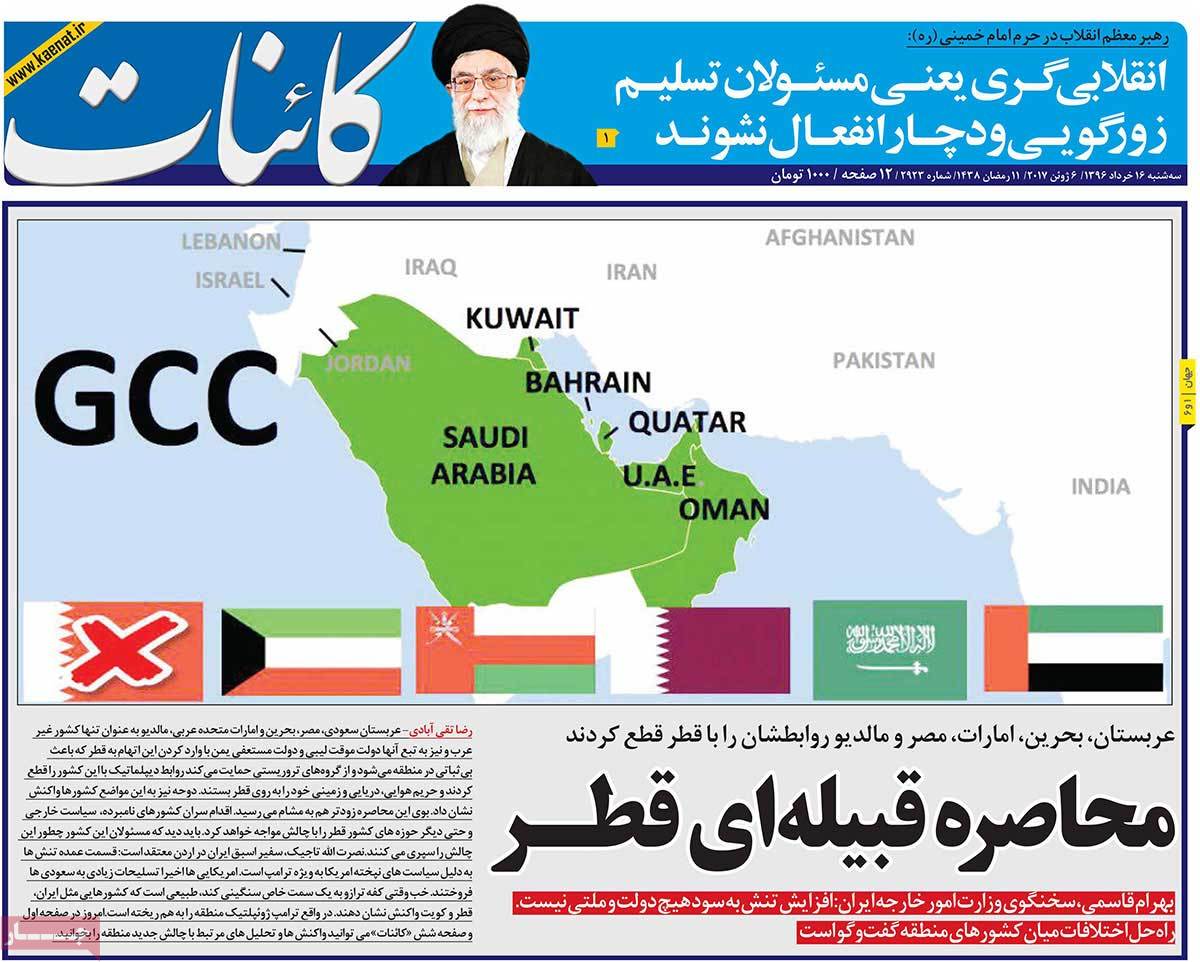 3- Arab NATO Collapses before Being Formed 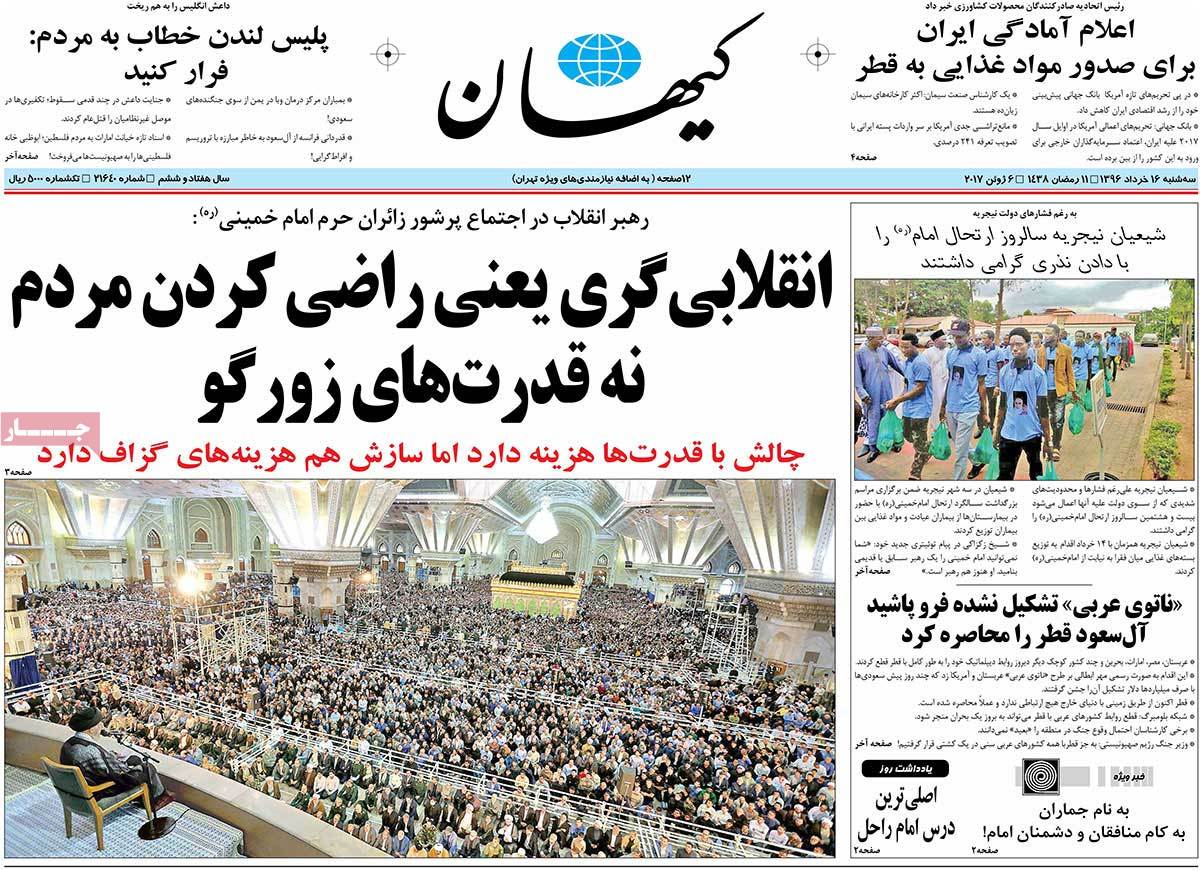 2- Aftershocks of Severing Ties with Qatar 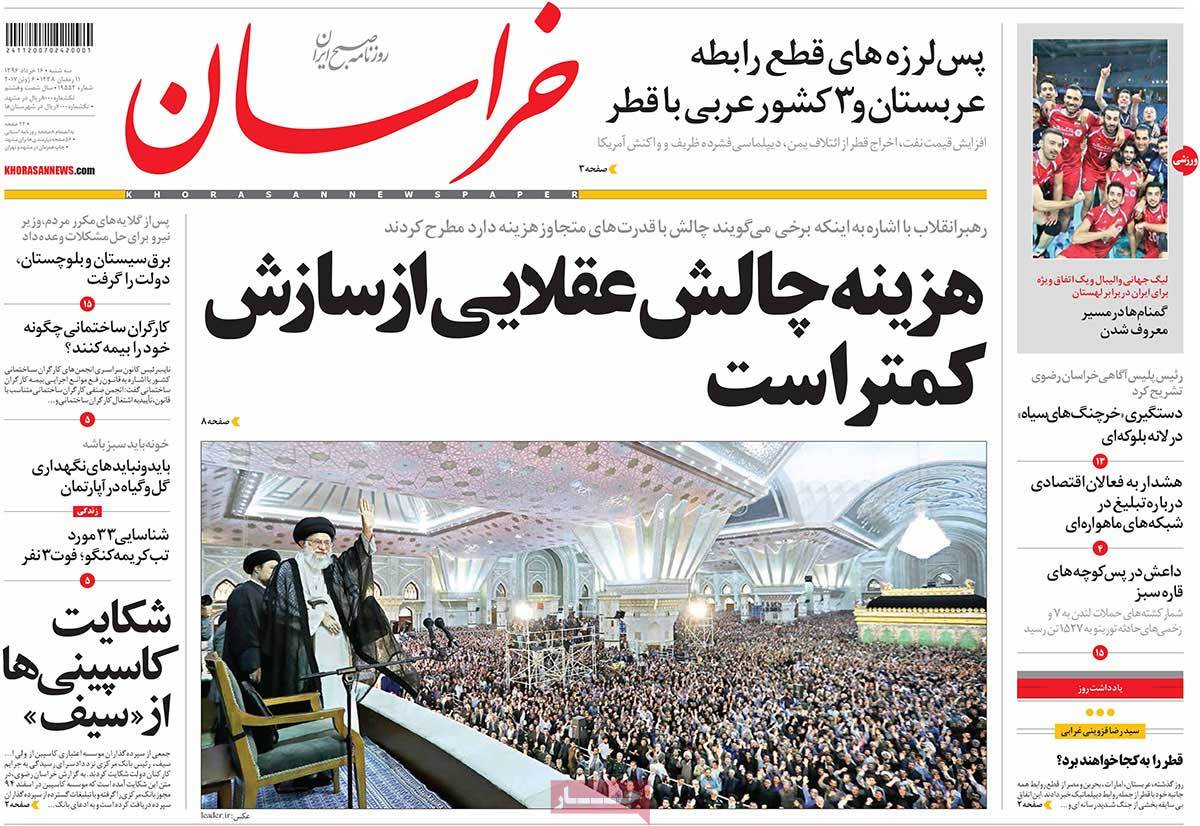 1- Qatar in Corner of the Ring: Big Gap Formed in GCC 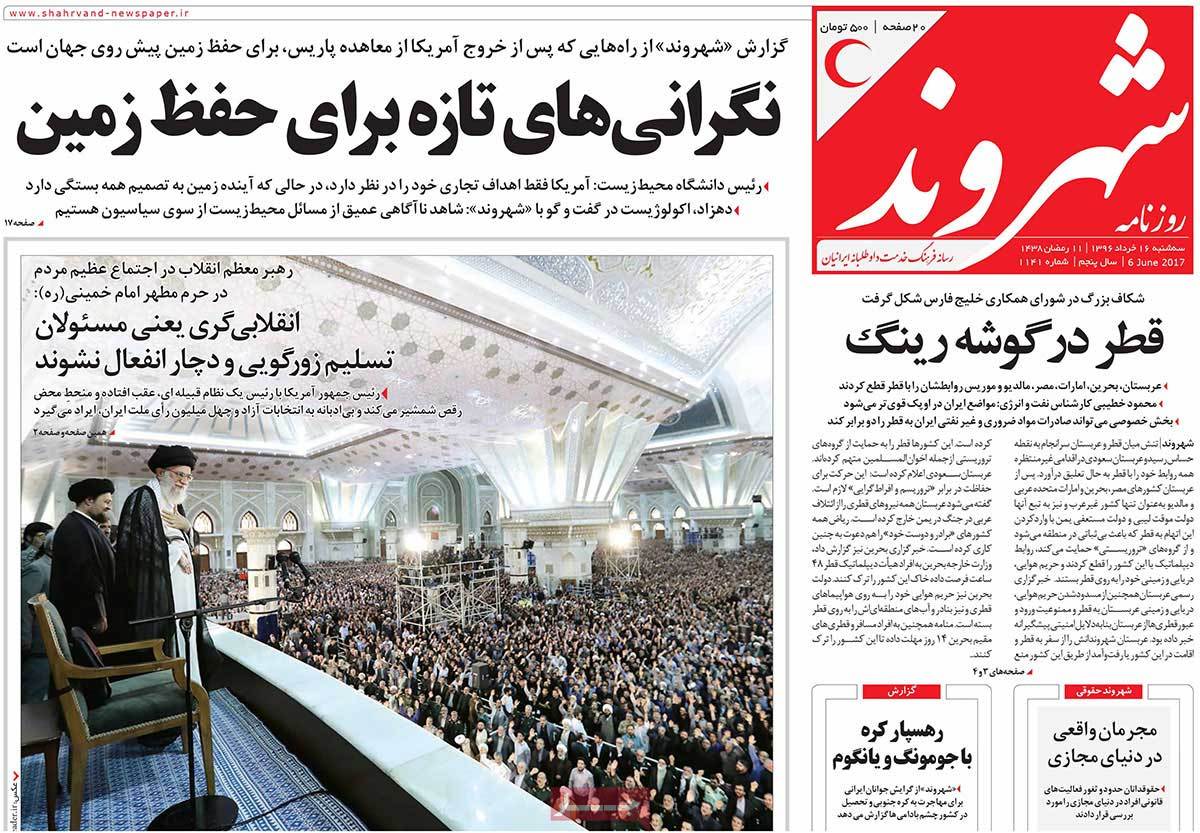 1- Battle of Sheikhs: Consequences of Qatar Blockade by Arab States 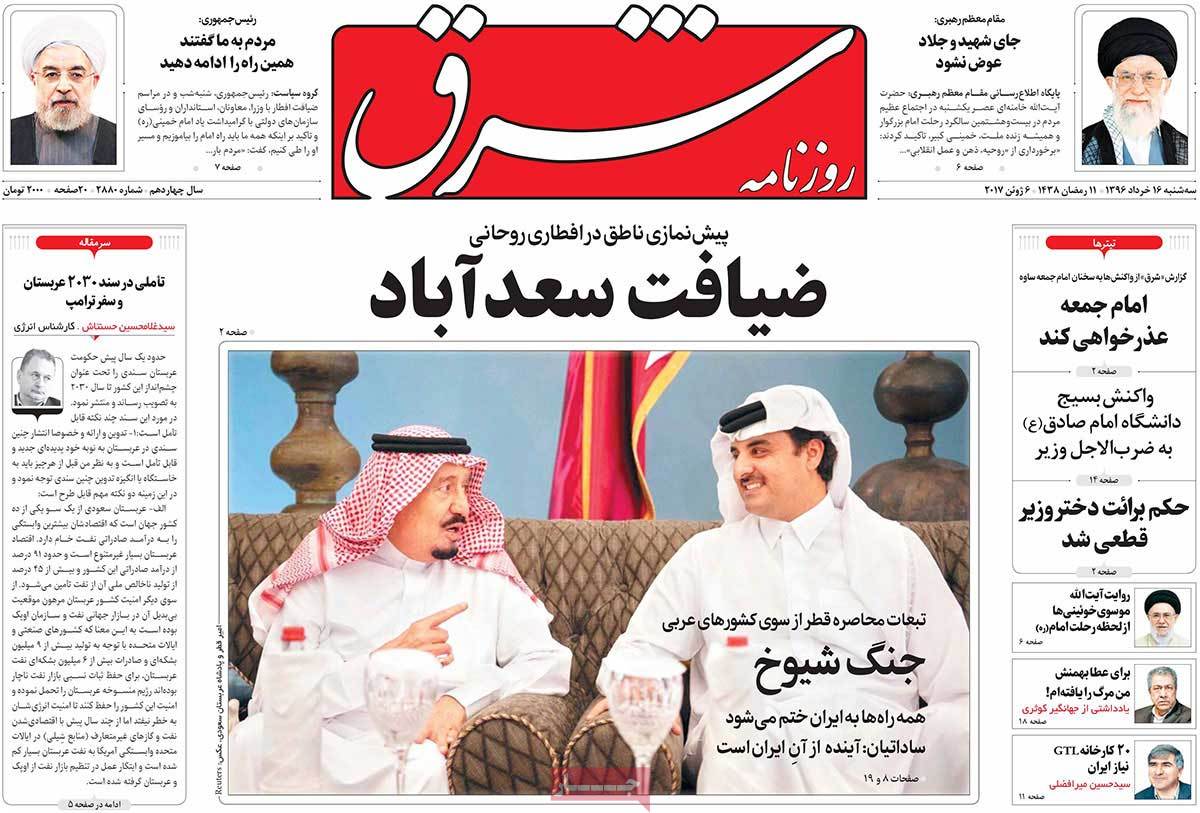 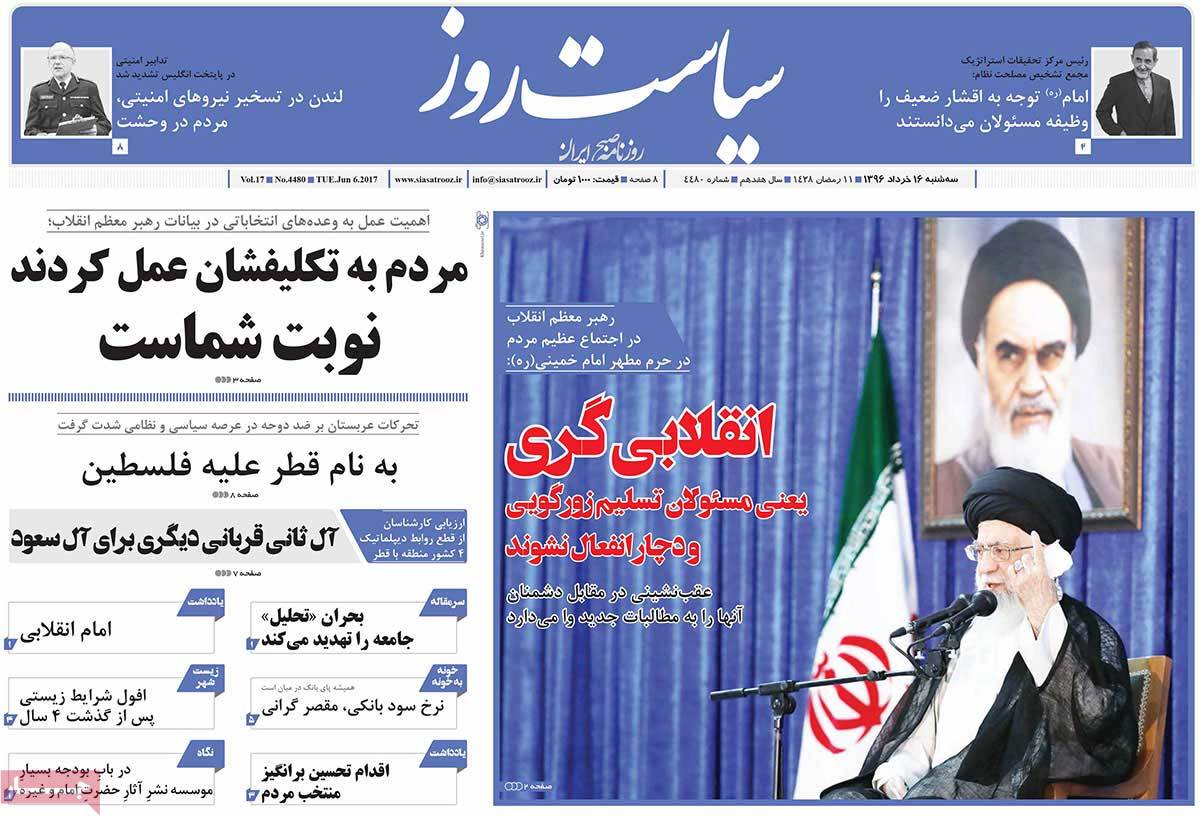