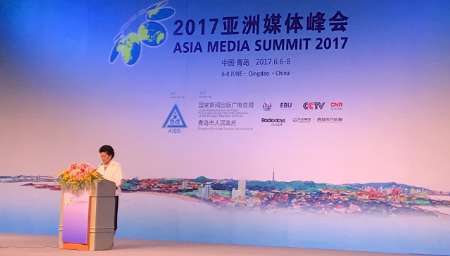 During the meeting, participants are to present their programs on developing radio and TV channels and discuss media affairs.

The event has been organized by Asia-Pacific Institute for Broadcasting Development (AIBD).

Participants are to discuss various topics like the environment, climate change, natural resources, economic issues, international and regional challenges and the media role in removing these challenges.

Media and TV technology, media role in developing world, media responsibility and world issues, being active or passive media, media role in removing poverty, helping poor people, media role in maintaining peace in the world and the region, media partnership and opportunities and granting 2017 TV awards are among issues on the meeting agenda.

Addressing the summit, Ali-Asgari referred to media role in informing people about malicious phenomenon of terrorism.

He went on to say that media is responsible for promoting peace, friendship, morality and fighting religophobia.