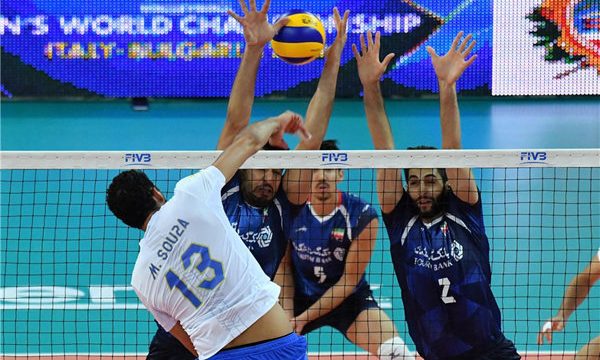 Unlike their first match, Iranian volleyball players had a perfect start in the Group 1 game which was competed in Pesaro of Italy. Eye-catching blocks by Amir Ghafour closed the first set 25-21 in favor of Iran.

Brazil came back to the race in the following set and secured a 25-19 win with the help of Evandro Guerra’s spikes. The same trend continued as the South Americans finished the third set 25-22.

The final set was a neck-on-neck competition as the two sides exchanged points until a 20-20 tie. Also Iran spared no effort in the face of the Olympic champions, it was brazil who won the set by 25-22 and the match by 3-1.

Iran will play its third debut against Poland today while Brazil will take up Italy. Poland has previously outpowered Italy and Brazil.