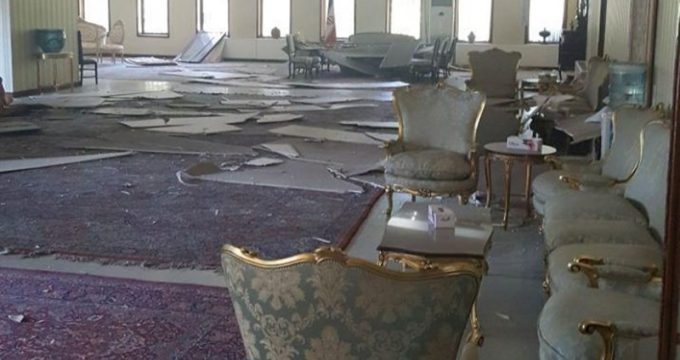 Kabul blast, justification for US intervention in region: MP

June 3, The Iran Project – An Iranian lawmaker has condemned Kabul blast, saying it is a justification for militarism and intervention of the US and its allies in the region.

Following a massive bomb blast in Kabul on Wednesday, Mohammad Reza Tabesh said such incidents are not accidental and can be a clever plan by the US to disturb the rules of the game in East Asian region.

Tabesh referred to the US president Donald Trump’s withdrawal from Paris climate deal by which he endangers environment and the life of human being, and stressed Trump certainly does not hesitate to commit such terrorists acts to rescue the US bankrupt economy, sell more weapons and rule over the resource-rich countries in the region.

The Iranian parliamentarian also pointed to the Kabul bomb blast as an inhumane and brutal action, saying Iranian nation which has been a victim of terrorism expresses sympathy with the families of the victims and strongly condemns this criminal incident, as well.

It is hoped that Muslim countries in the region can get rid of such terrorist plots by the unity and brotherhood, he added.

A truck bomb devastated a central area of Kabul near the presidential palace and foreign embassies on Wednesday morning, one of the deadliest strikes in the long Afghan war, claiming the lives of at least 100 people and injured hundreds of others.

According to reports several embassies were damaged in the large explosion.

The Embassy of the Islamic Republic of Iran was also damaged in the explosion which also partially destroyed the Iranian ambassador’s residence.

The Iranian Foreign Ministry condemned the blast as “criminal suicide attack” in Kabul and said the failure to confront terrorism has resulted in an increase in terrorist activities.