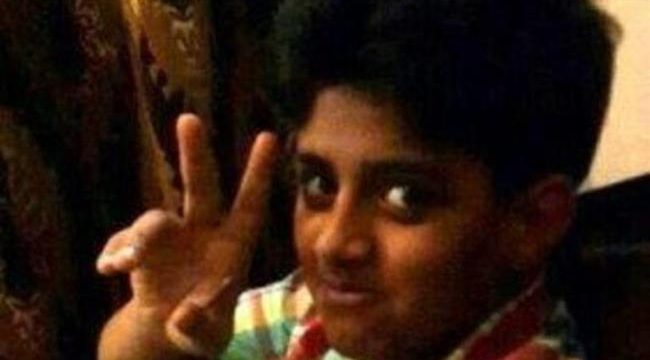 Press TV – Saudi Arabia has moved the country’s youngest political prisoner to a notorious jail in the eastern city of Dammam despite objections by human rights groups and the United Nations.

The European Saudi Organization for Human Rights (ESOHR) said in a Tuesday report that 16-year-old Murtaja al-Qurayris had been moved to the Dammam Mabahith prison, where prisoners are tortured and ill-treated.

This came during the Muslim holy month of Ramadan when the authorities across Muslim countries typically pardon and release prisoners.

Murtaja al-Qurayris has already spent nearly three years in a Dammam jail without a formal charge or trial since his arbitrary arrest on 20 September 2014.

On that day, the 13-year-old was crossing the King Fahd Bridge connecting Saudi Arabia to the Persian Gulf state of Bahrain with his parents when he was stopped and arbitrarily detained without a warrant.

The Saudi regime has accused al-Qurayris of participating in peaceful demonstrations and in the funeral of protesters killed by the authorities in Eastern Province.

On January 20, 2017, the United Nations Working Group on Arbitrary Detention found al-Qurayris’ detention “in contravention of articles 10, 11, 19 and 20 of the Universal Declaration of Human Rights.”

The UN group further called on the kingdom “to release the minor immediately and to accord to him an enforceable right to compensation in accordance with article 8 of the Universal Declaration of Human Rights.”

The group further noted that the Riyadh regime had ignored its communications on al-Qurayris and had not responded to them since September 2016.

According to the UN, al-Qurayris was interrogated a number of times without his legal representative or lawyer. The minor was also held in solitary confinement for a month and was tortured and ill-treated during that period.

ESOHR has documented more than 80 cases of juveniles whom the Saudi authorities have arbitrarily detained and tortured since the 2011 protests in Eastern Province.

It has also called for the immediate and unconditional release of al-Qurayris and all other juvenile political prisoners, seven of whom face execution.

Meanwhile, Saudi forces continue to terrorize thousands of civilians for 22 consecutive days in the traditional Mosawarah neighborhood of Awamiyah, a Shia majority town in Eastern Province.

United Nations experts have already denounced the regime in Riyadh for razing the town, saying the move has erased cultural heritage and violated human rights.

Security forces equipped with heavy weapons have been deployed in Awamiyah since May 10.

Eastern Province has been the scene of anti-regime protests since early 2011. Riyadh has stepped up security measures in the Shia-majority region. Protesters want freedom of speech, the release of political prisoners, and an end to economic and religious discrimination exercised by authorities.

Demonstrations intensified in the province after the January 2016 execution of prominent Shia cleric Sheikh Nimr al-Nimr. The protests have been met with a heavy-handed crackdown by the regime.