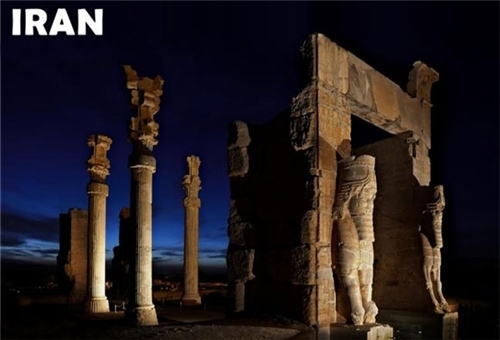 There is no peace in the Middle East without Iran

Huffington Post | Georges Ugeux: Donald Trump might have missed the most positive news from the Middle East last week. It was not his antagonistic declarations in Riyadh, Israel, Brussels and Italy.

It came from Iran: President Hassan Rouhani had managed the tour de force to be reelected against a conservative candidate and a few others, reaching 57% of the votes at the first round. Three-quarters of the Iranians voted, twenty percent more than in the US. It was a victory for those who believe that the time had come to open up Iran further to the rest of the world.

Accusing Iran of factually incorrect actions is an aberration. Blaming Iran for the Saudi attack on Yemen is absurd. There is no more sectarianism in Iran than in the rest of the Muslim world. His accusations were referring to statements by President Ahmadinejad, twice removed from power.

Iran is essential to the peace process in the Middle East: it is a powerful influence in several parts of the Islamic world and cannot be ignored. It is also 80 million people, more than Saudi Arabia, Kuwait, the United Arab Emirates and Qatar taken together. One third of the Iraqi population are Sunnis.

Is it ignorance or ideology? Probably both inspired the speech of Donald Trump to the Shiite representatives of the Muslim world. By squarely taking sides with Saudi Arabia, he disqualified himself once and forever as a peace maker in the region. Yelling is not helpful to create peace.

Iran stands on its two feet

Iran is at the origin of our civilization. In 550 BC, Cyrus the Great started the Persian civilization. When Ayatollah Khomeini took power, millions of Iranians fled to Europe and the United States. Five million Iranians live in the West. They brought a wealth of culture and scientific knowledge.

No, Iran would not have collapsed within six months as a nation-state. Strangling Iran economically for a decennia did neither manage to destroy the country nor to really slow down the production of nuclear energy. Europe is now establishing new relationships with Iran, while in India, the important Parsi community has been at the origin of the development of Indian multinationals and the Indian leadership is reaching out to Iran. The Chinese are on their way to do the same. The times of embargo are over and Trump cannot change it. The implementation of the nuclear agreement is happening, without the United States. For a deal maker, it should be an opportunity. He just lost it.

Trying to gain popularity with the Sunnis by blaming Iran is dangerous, and engenders conflicts. Iran deserves to be respected for what it is and what its electors have voted for. Trump appeal to unity was divisive.

Religion plays a role in the Middle East conflicts

Trump stated that it was not a religious war, while advising the Saudis to fight to eliminate Shi’ism. This contradiction adds fuel to the fire and exacerbates religious differences. I have in my previous posts here advocated that the United States had no business to favor one or the other secular division of Islam. Trump might have been well inspired to look at the consequences of the war in Iraq. This is none of our business.

Donald Trump said it was a fight between good and evil.

Saudi Arabia is a country dominated by a small section of Islam, the Wahhabism. This monarchy is authoritarian and no democracy is in place: there are no elections. Women have no rights, not even to drive a car. They are lapidated for adultery, and recently, the Saudis executed a Shi’ite leader to provoke Iran. A blog can condemn you to flogging. It is a barbaric regime that the US should be walking away from.

They have a responsibility in for 9/11 according to then-candidate Donald Trump. Saudi Arabia’s religious police implements a strict version of the sharia. They are destroying Yemen, one of the jewels of the Arab world that they invaded without any justification. Is this regime just good? In the words of The Guardian, “give a green light to authoritarian regimes in the Middle East to carry on and oppressing minorities”. Iraqi leaders produced by George W. Bush’ useless war are afraid that they might be destabilized by a US opposition to Iran. After all they lost a war despite the support of the United States to Saddam Hussain. Does Trump even know that the jihadi ISIS is Sunni? That they are the former Ba’ath party army of Saddam Hussein, thrown out by the George W. Bush?

Compared to Saudi Arabia, Iran should be praised for having developed an electoral process for decades. Iran is not an example of human rights. Like the Saudis they incarcerate and execute opponents. Women wear a veil, but they are electors and electable. They study at universities, teach and work. One only needs to visit Iran to be impressed by the resilience of 80 million people who survived US embargo. The recent opening should be met in kind.

After the declarations of Donald Trump, the Iranian government announced that they will continue their nuclear process and treated Trump’s statements as theatrical. Why stick to one’s promises when the US renegades its signature. I was in Tehran the day when the International Atomic Energy Agency (IAEA) confirmed the compatibility of Iran nuclear progress with the requirements of the nuclear treaty. It was a day of recognition. Donald trump has single-handedly broken any hope that Iran will be restrictive.

Why should Iran not be allowed to have a nuclear bomb while the US finances Pakistan whose regime is responsible for attacks on India? Pakistan is probably more religiously conservative and in any case not more predictable. Because of Israel? Because of the corruption of the Saudis?

In any event there is no moral or principle ground to refuse it to Iran. Now that the US has decided to allow Saudi Arabia to purchase 110 billion dollars in destructive weapons, it is hard to object to a nuclear defense in Iran. As the Financial Times puts it, the “UN hopeful nuclear deal will not unravel despite Trump attack”.

Peace is not in Trump’s DNA: he is the ultimate divider.

The Trump family wants to make deals: weapons, real estate… Jared made the Saudi deal over and above the state department and congress. Peace is not what the President wants: he has declared war to Iran, Germany, Europe, NATO, the environment, the Muslims, the gays, the poor, the women, the elderly, the veterans, the constitution, the media, the judiciary, the parenthood, the minorities and the migrants.

This is not about choosing between Iran and Saudi Arabia, Shias and Sunnis. It is about respecting the religious differences without excommunicating any of them. At the end, they will; have to agree on their respective oil policies. One thing is sure. The US will not be the broker of that indispensable deal. Russia has already managed to lead the Astana peace talks for Syria… with Iran and Turkey.