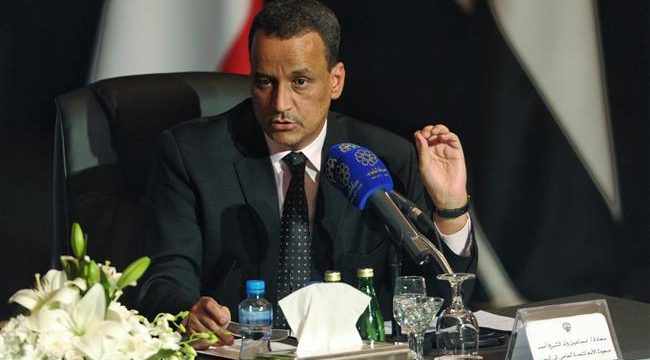 Press TV – The United Nations’ Yemen envoy says more than seven million people are facing the risk of famine in the impoverished country, which has been under incessant Saudi attacks for more than two years.

Speaking at an open session of the UN Security Council on Tuesday, Ismail Ould Cheikh Ahmed warned against the prolongation of the conflict in Yemen and said, “At the begging of the holy [fasting] month of Ramadan, we have to remember that seven million Yemenis are at risk of famine unless this conflict ends.”

“The humanitarian crisis and the threat of famine [are] entirely man-made. If the conflict stops, Yemenis and their partners in the international community have the capacity and the will to rebuild the country,” he said

He said only “less than 45 percent” of medical facilities in the country are functioning as a cholera epidemic takes its toll on the war-weary nation.

The disease has led to more than 500 deaths, while there are over 60,000 suspected cases in 19 provinces, said Ahmed, adding, “The rapid spread of the disease has been worsened by the inadequate healthcare system.”

“Medicines for diabetes, hypertension, cancer and other chronic diseases are in short supply,” the envoy said.​

In March 2015, the Saudi regime and its allies, backed by the US, began a military campaign against Yemen to reinstall its former government. The war has killed over 12,000 civilians since then.

Ahmed further pointed to the Saudi airstrikes against civilian targets in Yemen and said, “On 29 March, an airstrike in Sa’ada governorate reportedly killed 12 civilians, including several children.”

He said the potential outbreak of violence in al-Hudaydah will critically hamper the already-ponderous flow of foodstuff and medicine into the country.

“I have proposed an agreement to avoid military clashes in Hudaydah,” Ahmed said. “My proposal, which includes security, economic and humanitarian elements, would allow for the continued flow of commercial and humanitarian supplies.”

Hudaydah is controlled by Yemen’s Houthi Ansarullah movement, which is defending the country against Saudi-led raids with the help of the army and popular forces.

In March, reports said Washington and the Saudi-led coalition are considering an attack on Hudaydah to seize the port city from Houthi fighters.

Ahmed highlighted the overall lack of progress in settling the conflict, blaming ongoing fighting on the “reluctance of the key parties to embrace the concessions needed for peace.”

Moreover, Ahmed called on the parties to urgently start a dialogue to prevent further aggravation of the situation.

The persistent military action is leading to an increased militarization of the Yemeni population, extensive proliferation of weapons, and widespread use of deadly landmines, the official cautioned.

Ahmed, meanwhile, said the rampant instability had turned much of the country into breeding grounds for extremist groups such as al-Qaeda.