A Look at Iranian Newspaper Front Pages on May 31

Iran Front Page- IFP has taken a look at the front pages of Iranian newspapers on Wednesday and picked headlines from 21 of them. IFP has simply translated the headlines and does not vouch for their accuracy.

The top story today was the Guardian Council’s statement, in which it confirmed the result of Iran’s presidential election, and stated that it has reported the electoral offences to the Judiciary.

The return of 6 Iranian sailors to the country after being lost in the Indian Ocean for three months also received great coverage.

Another top story was the latest developments in European countries, including German Chancellor Angela Merkel’s remarks about the US-Europe ties, and the upcoming elections in Britain.

1- President: No One in Iran Should Feel Homeless 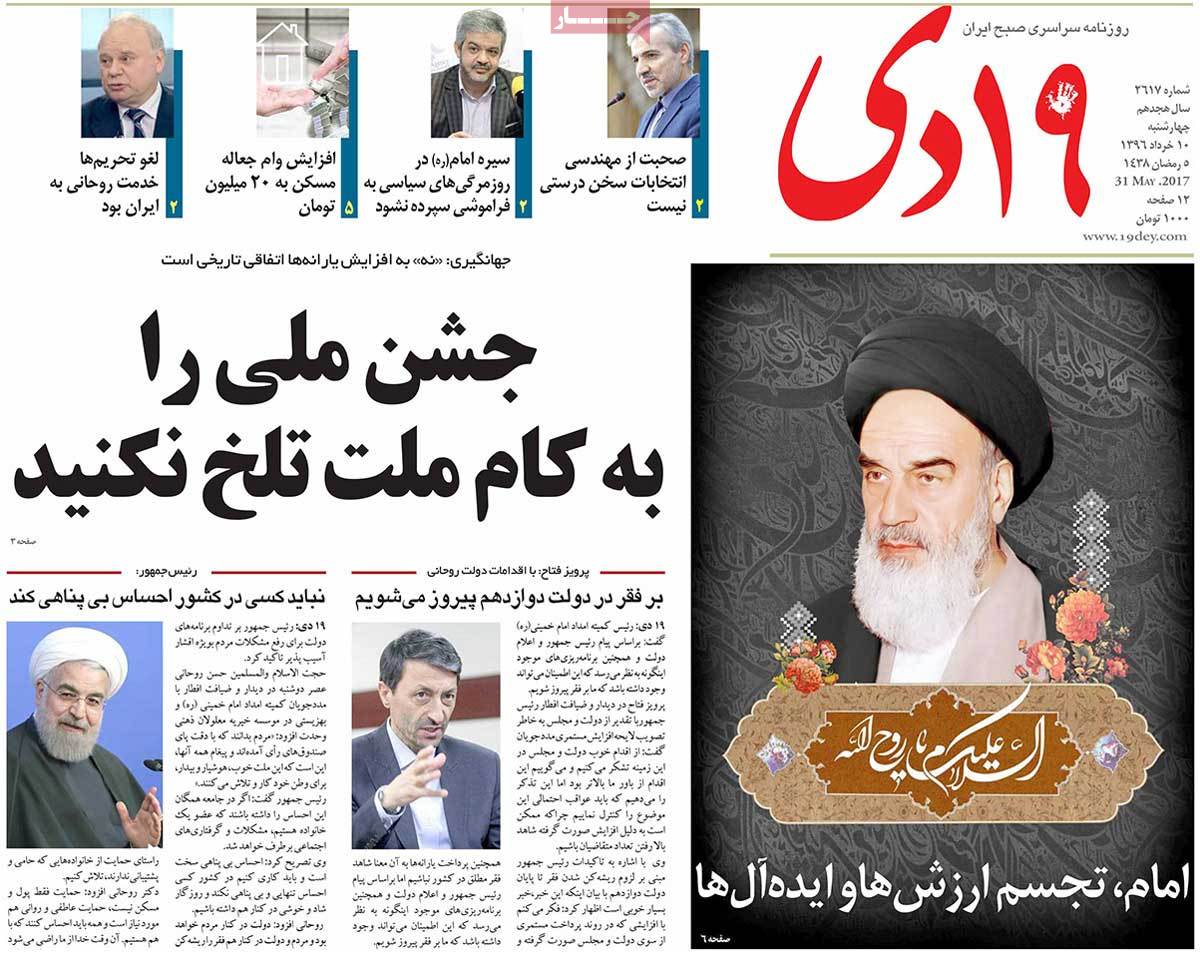 2- Rouhani to Swear in on August 3 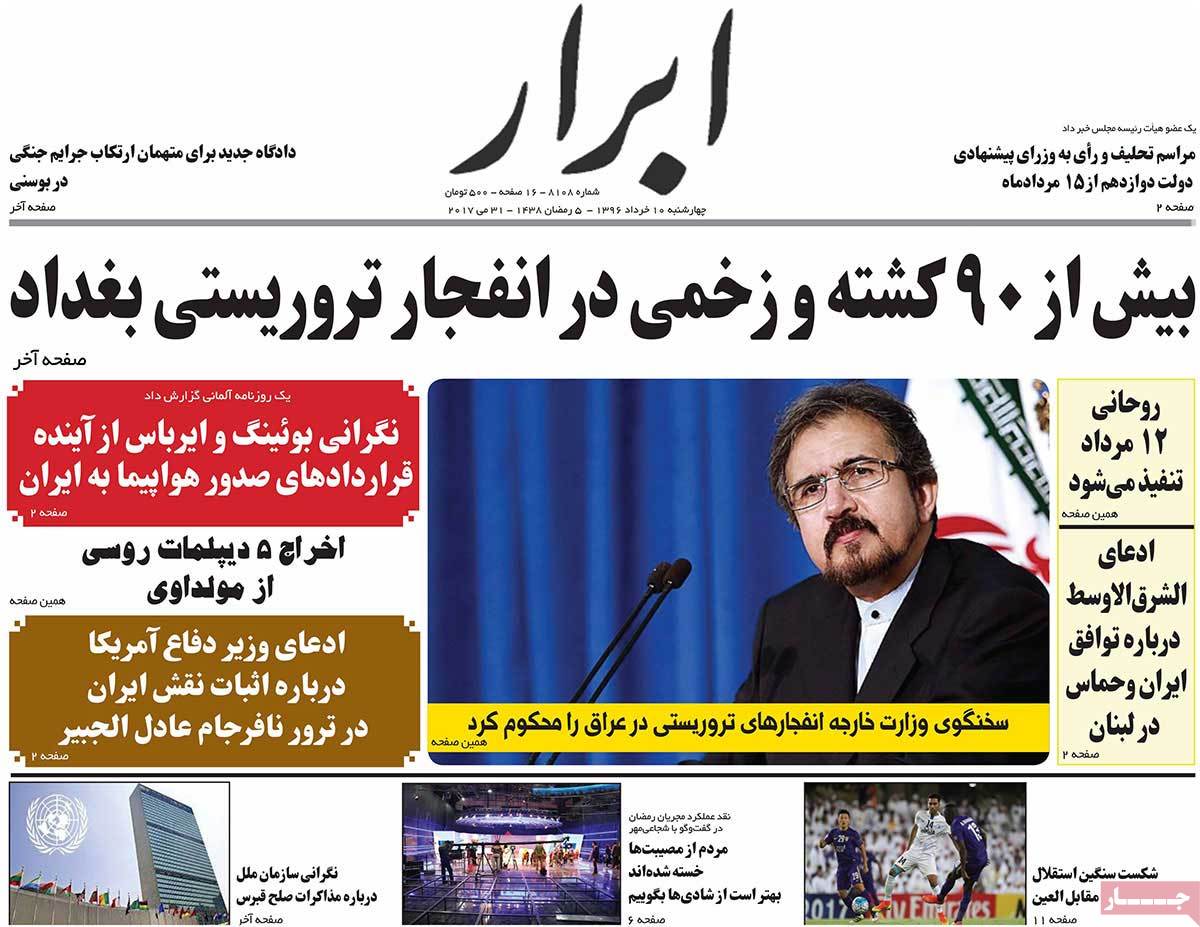 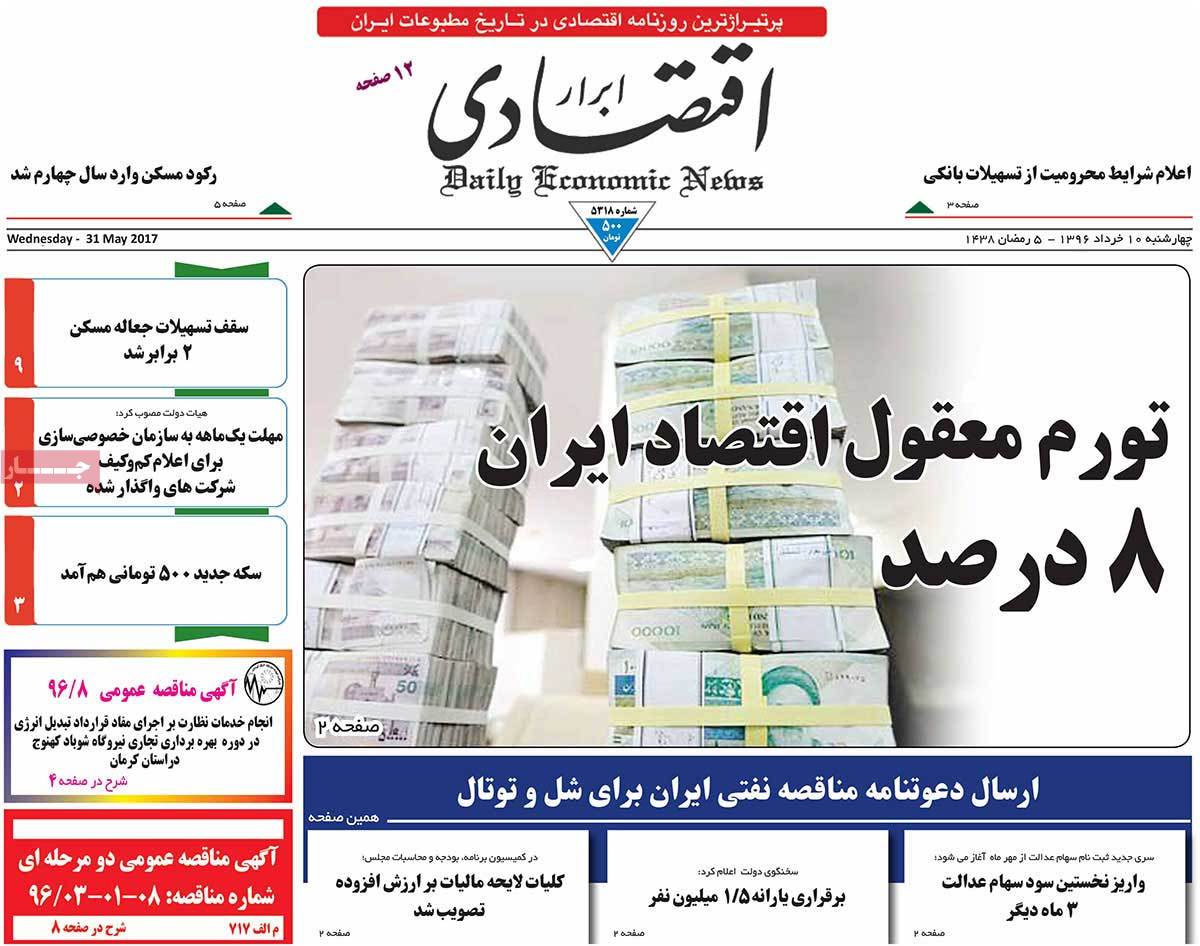 1- Rouhani’s Aide: Conservatives to Come Back to Power in 40 Years 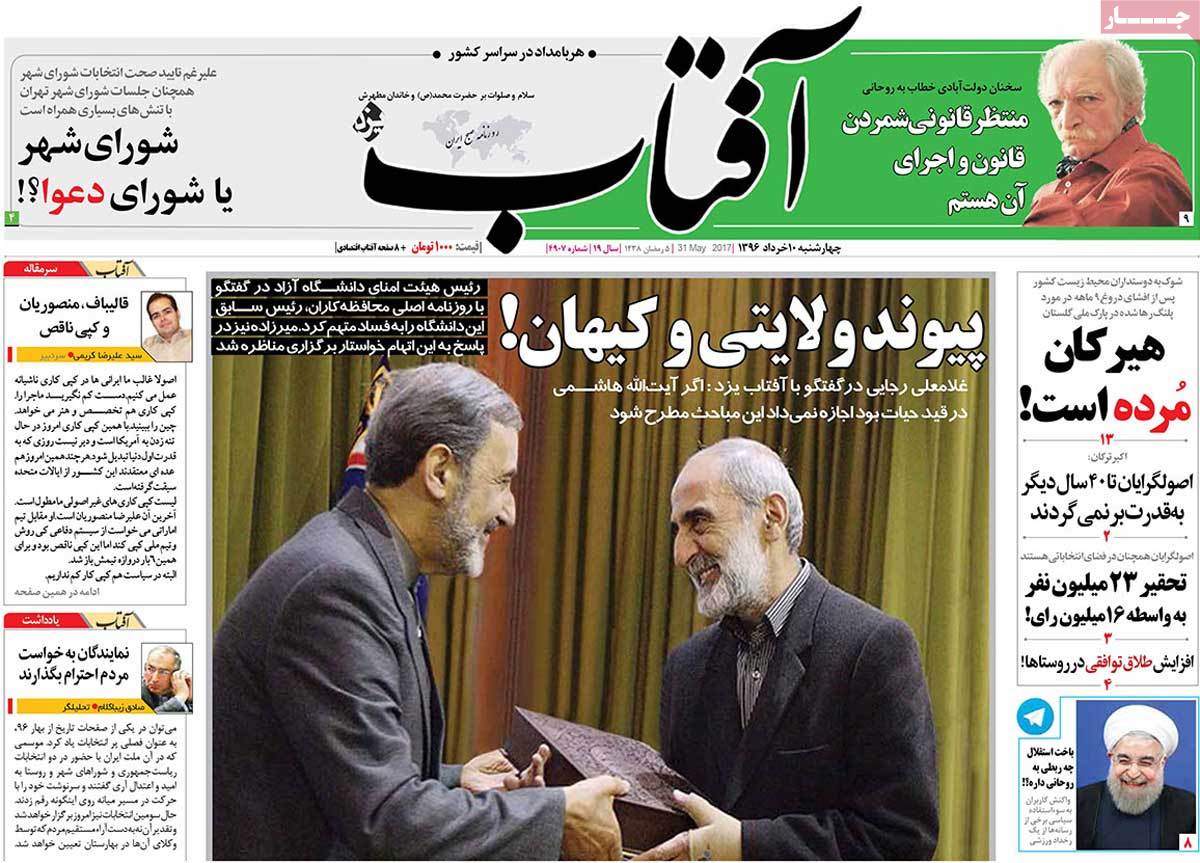 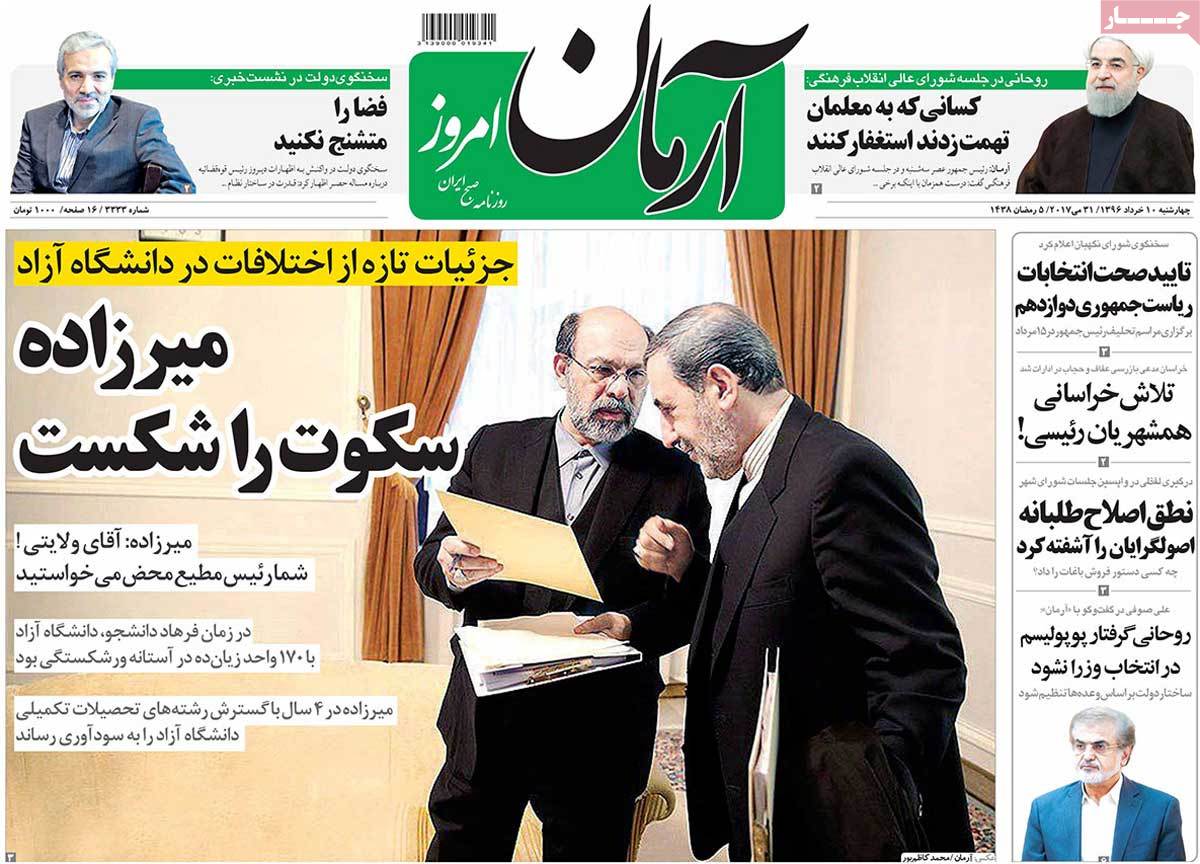 1- Government: No One Was Defeated in Elections; Nation Wins 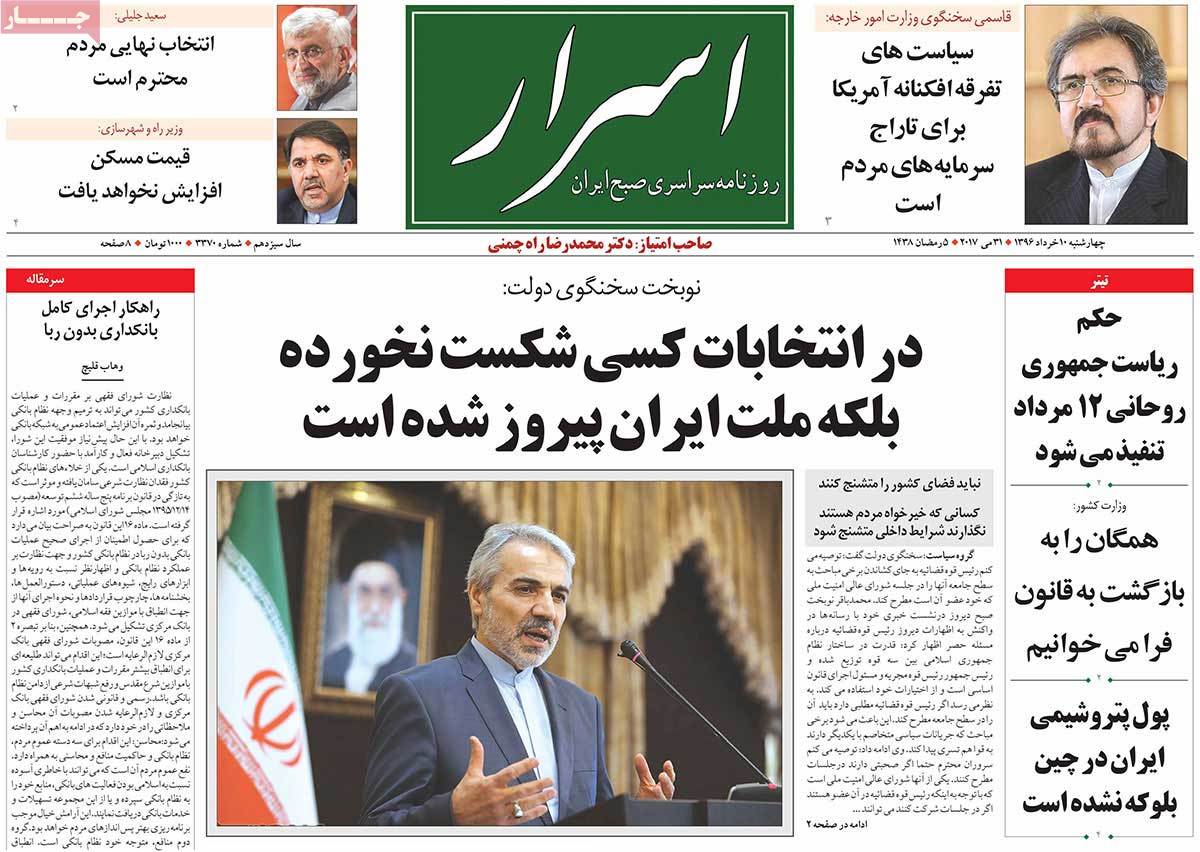 1- Will Washington Be Isolated? Germans Looking for West minus US 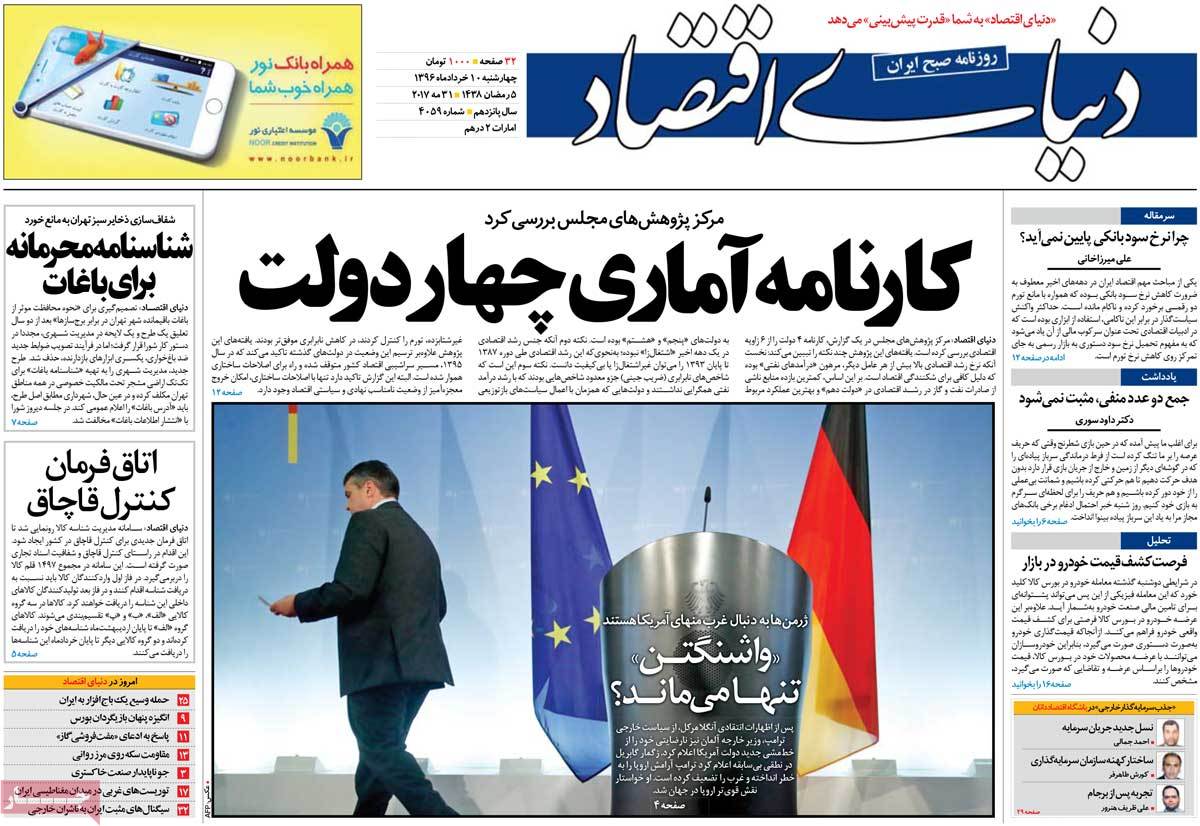 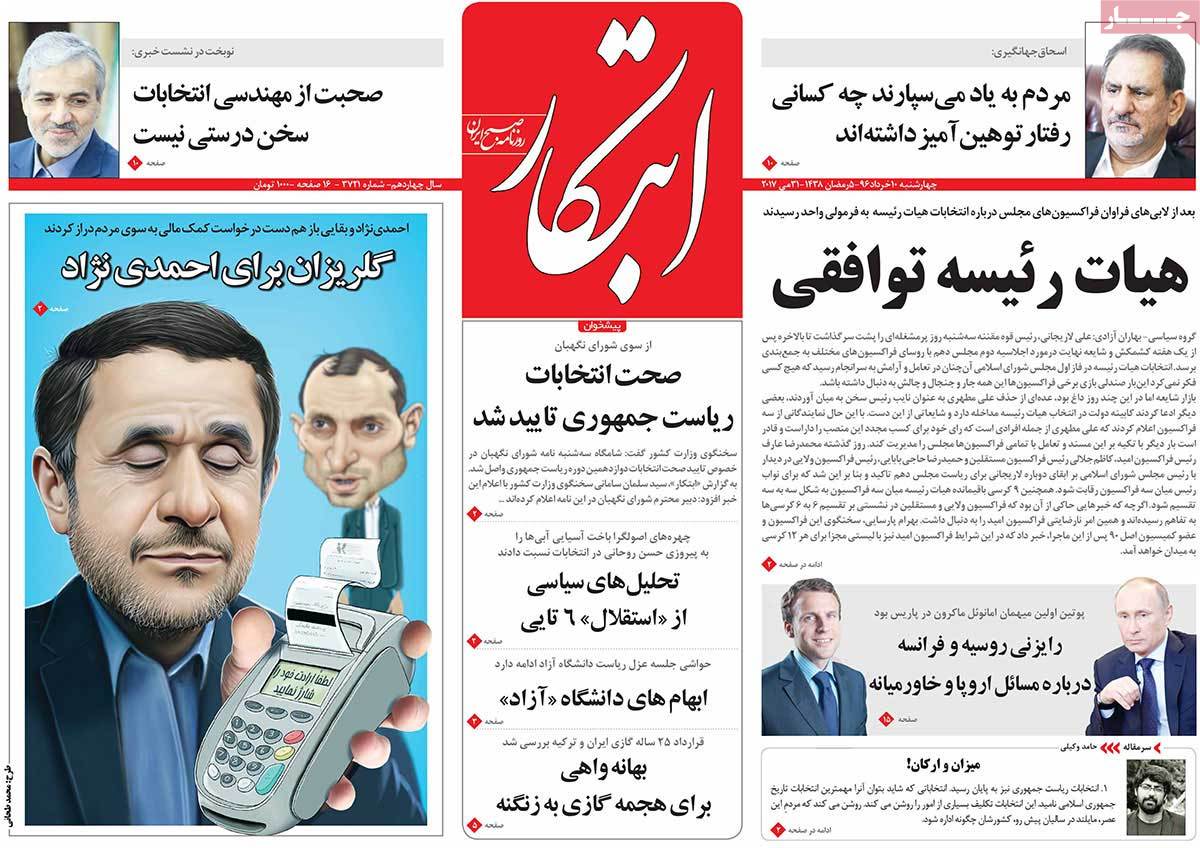 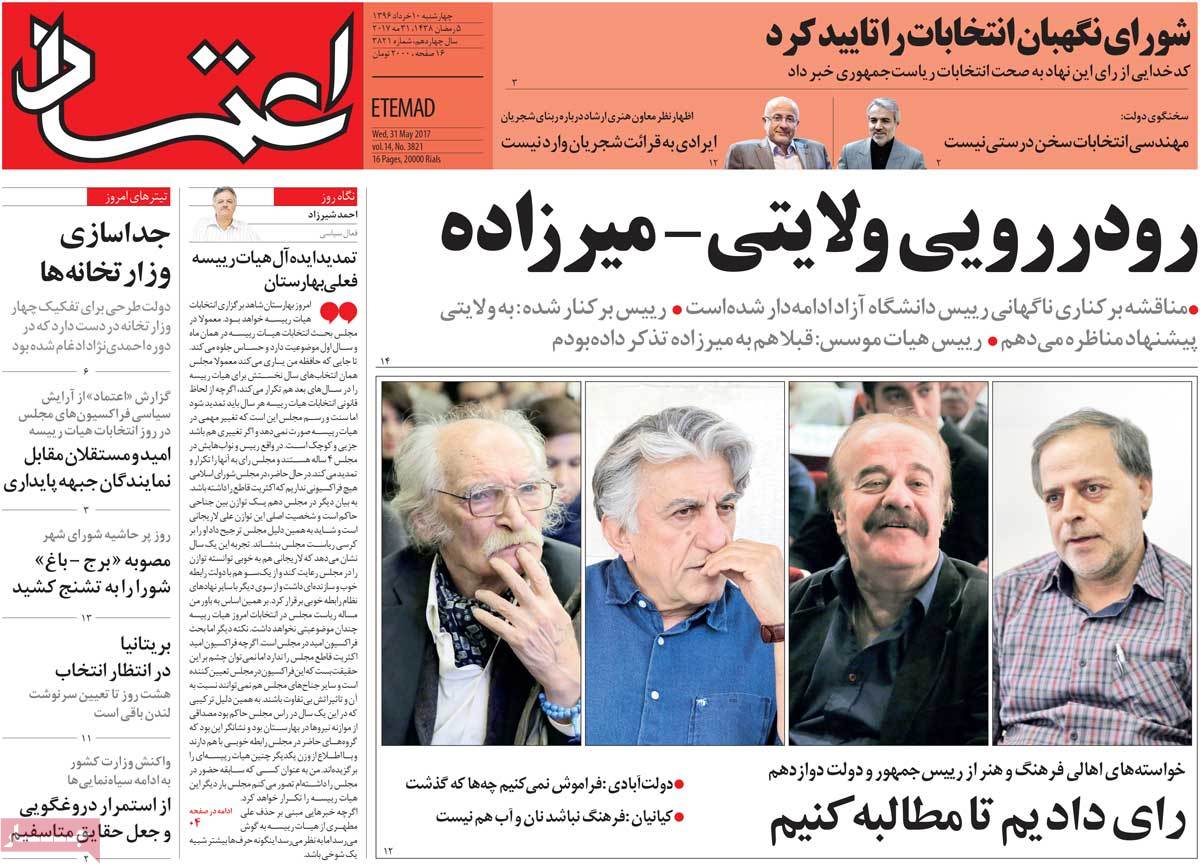 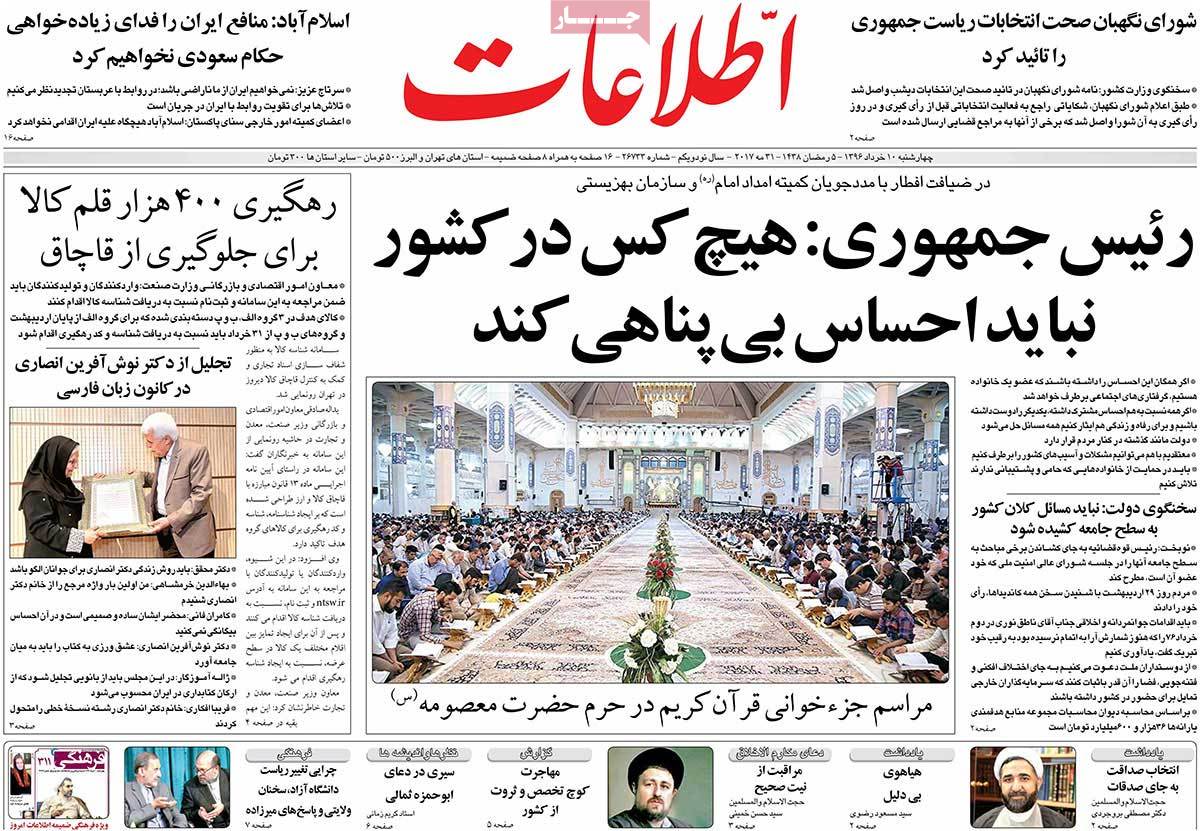 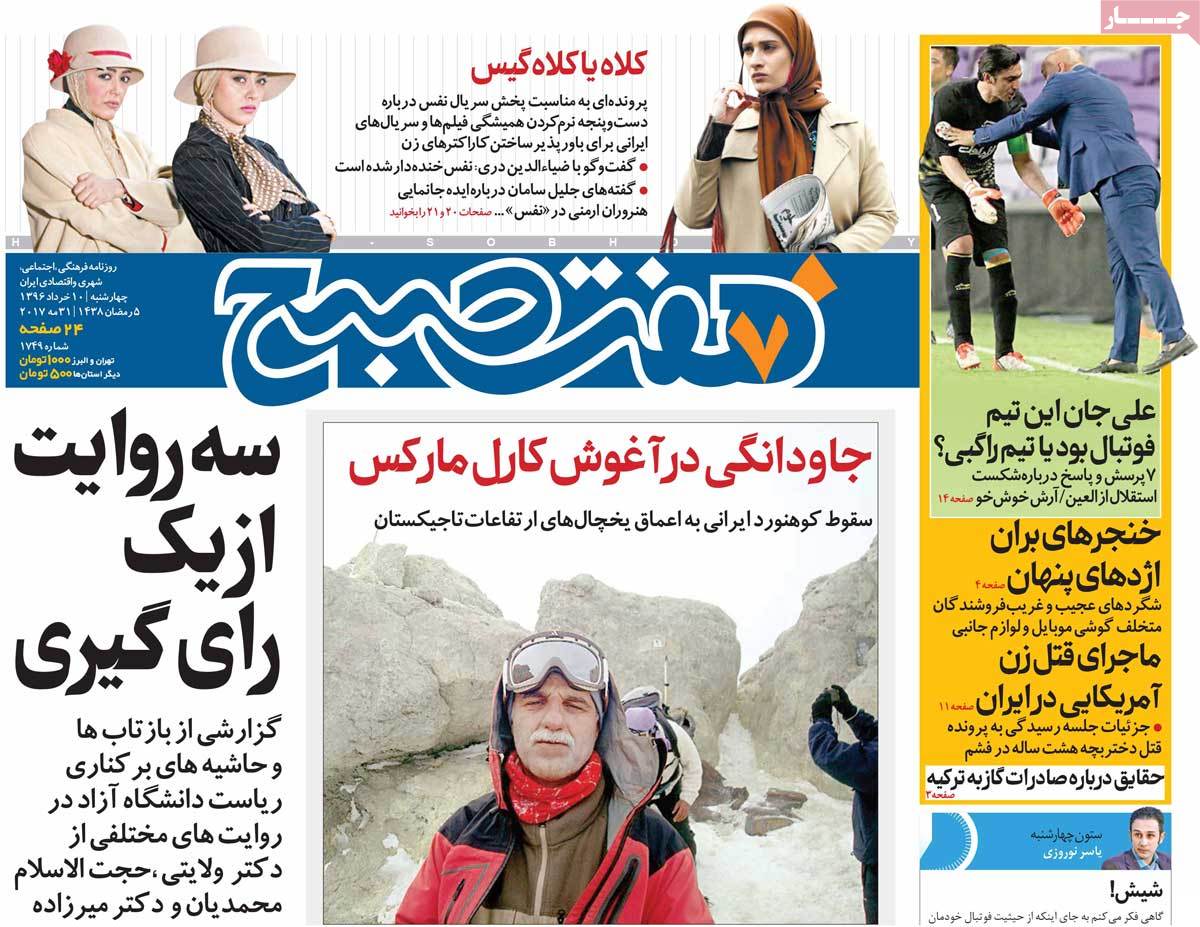 1- President: Iran Leader’s Reservations about 2030 Document Will Be Carefully Considered

2- 3 Months of Struggling with Death in Indian Ocean: 6 Iranian Sailors Back in Iran 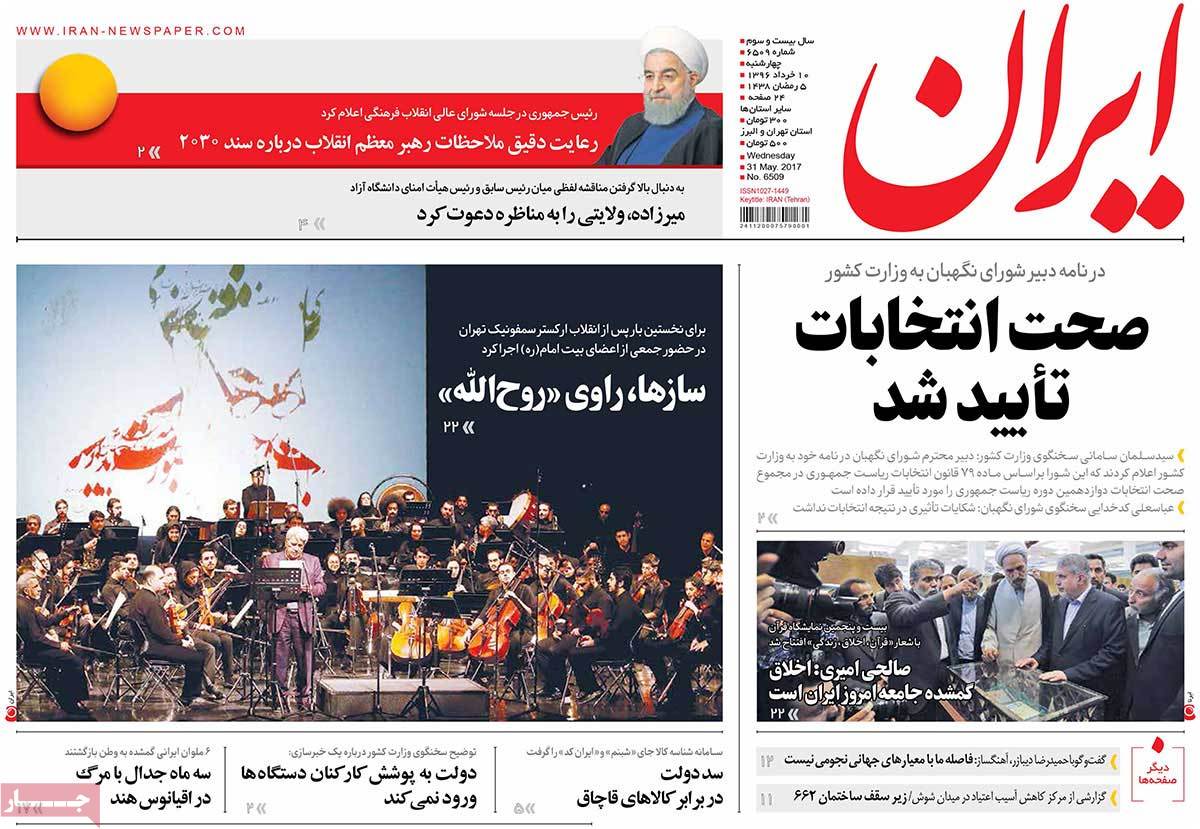 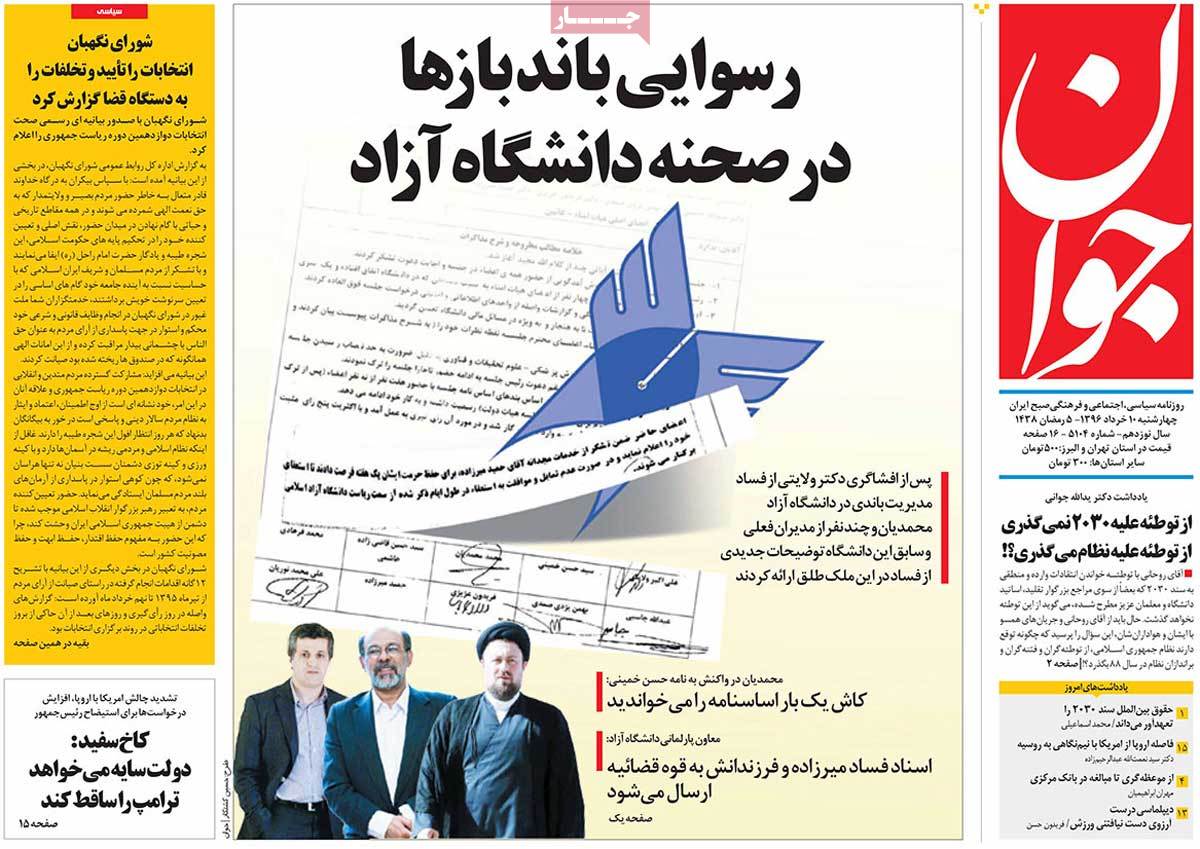 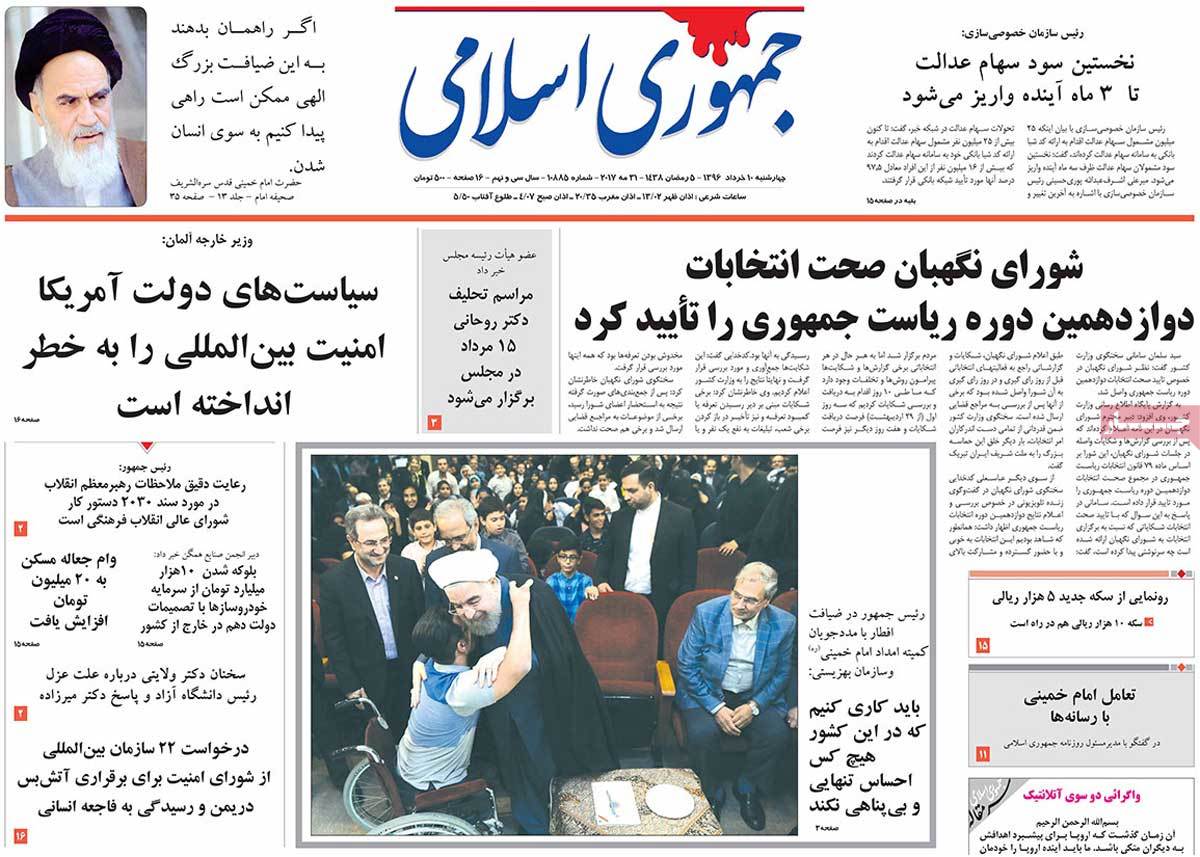 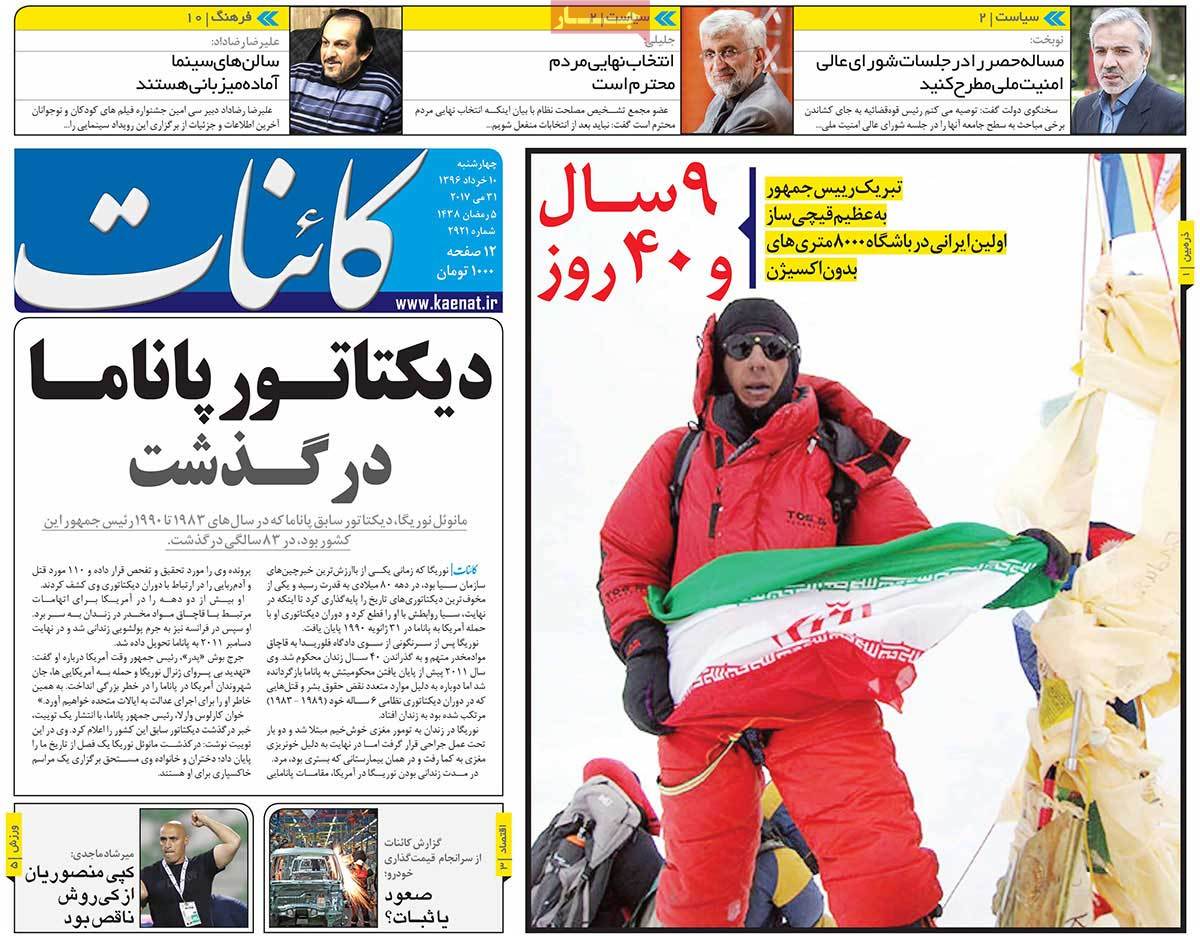 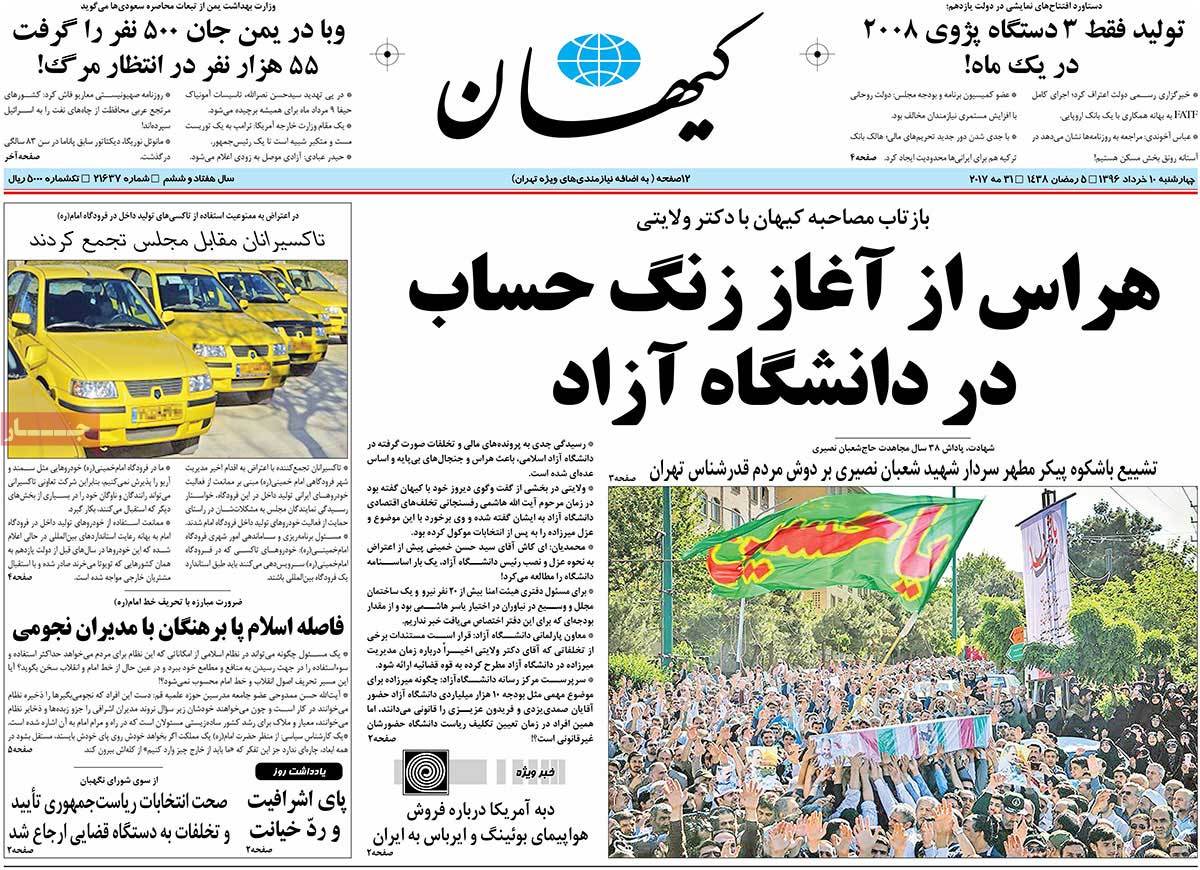 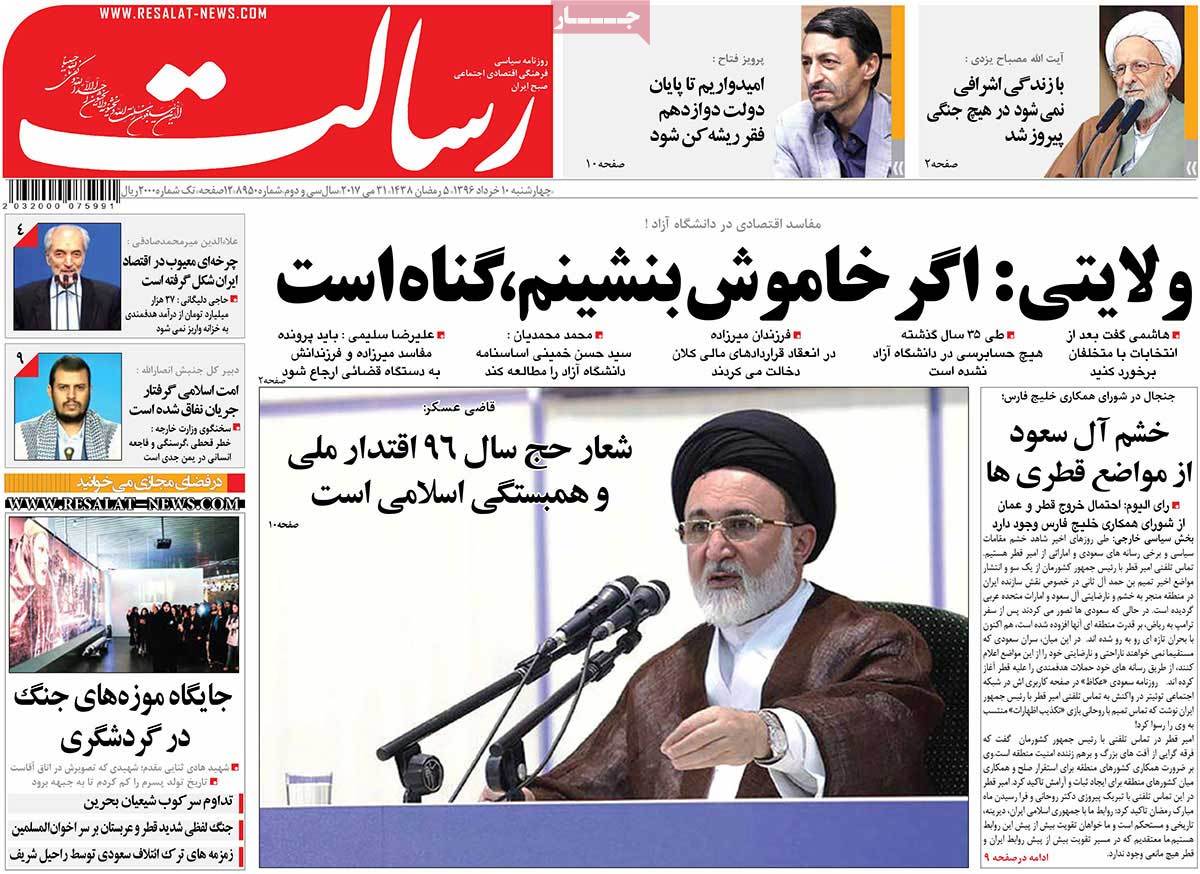 1- Third Wave of AIDS in Iran: Warning against Young Women’s Vulnerability to HIV 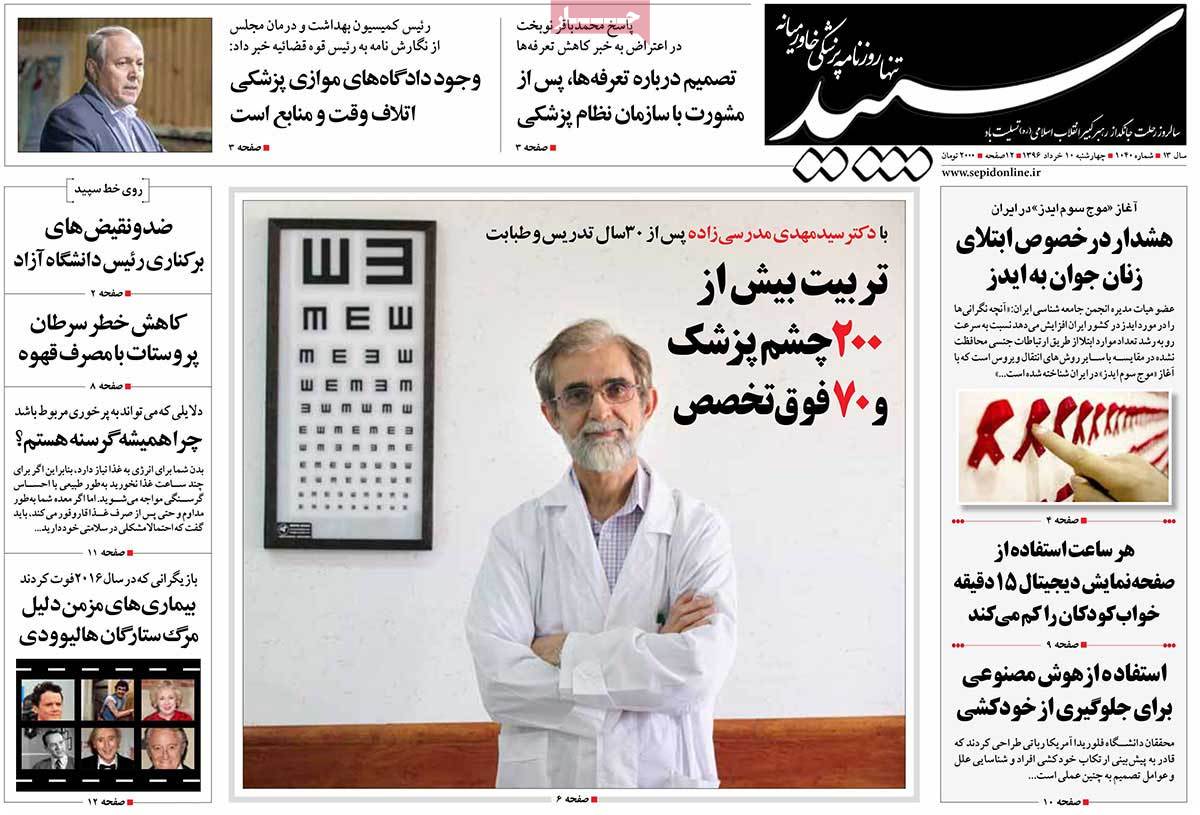 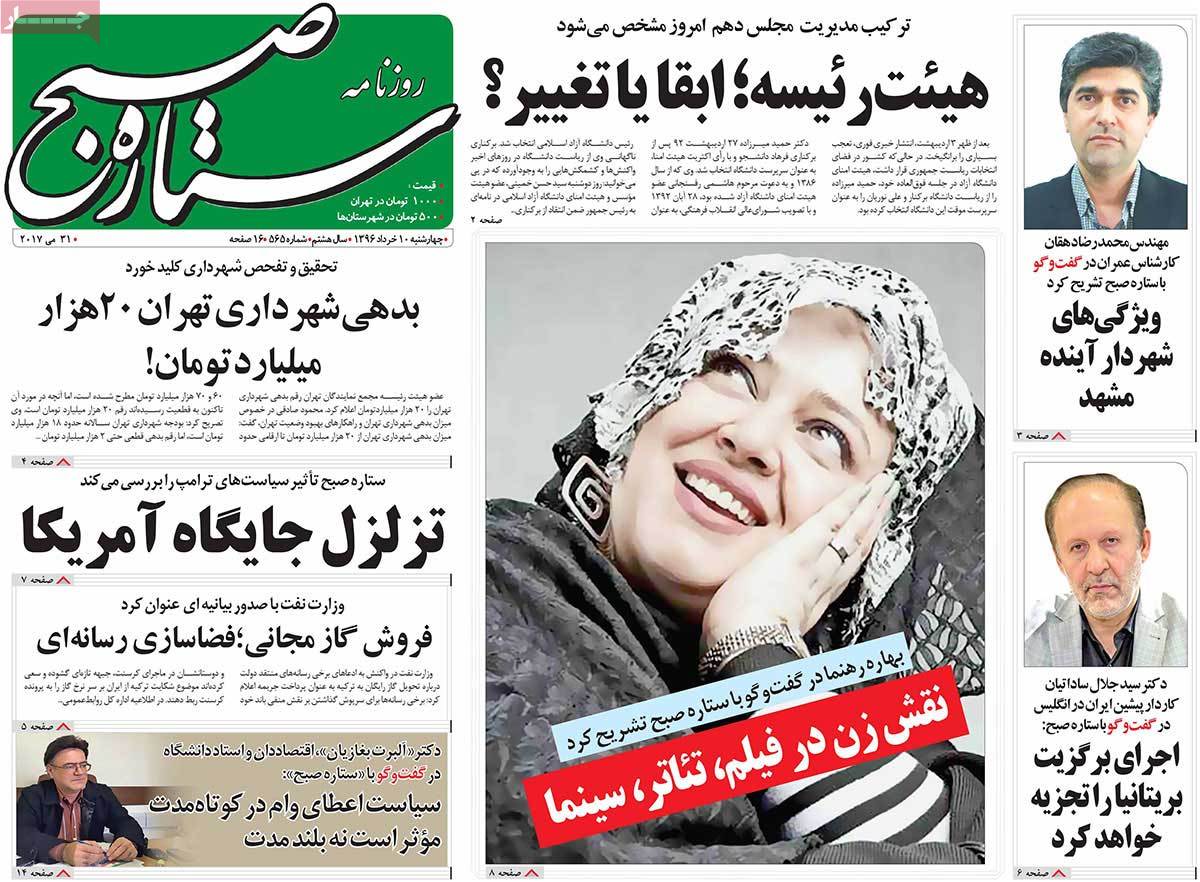 1- The Burning Sistan and Baluchestan 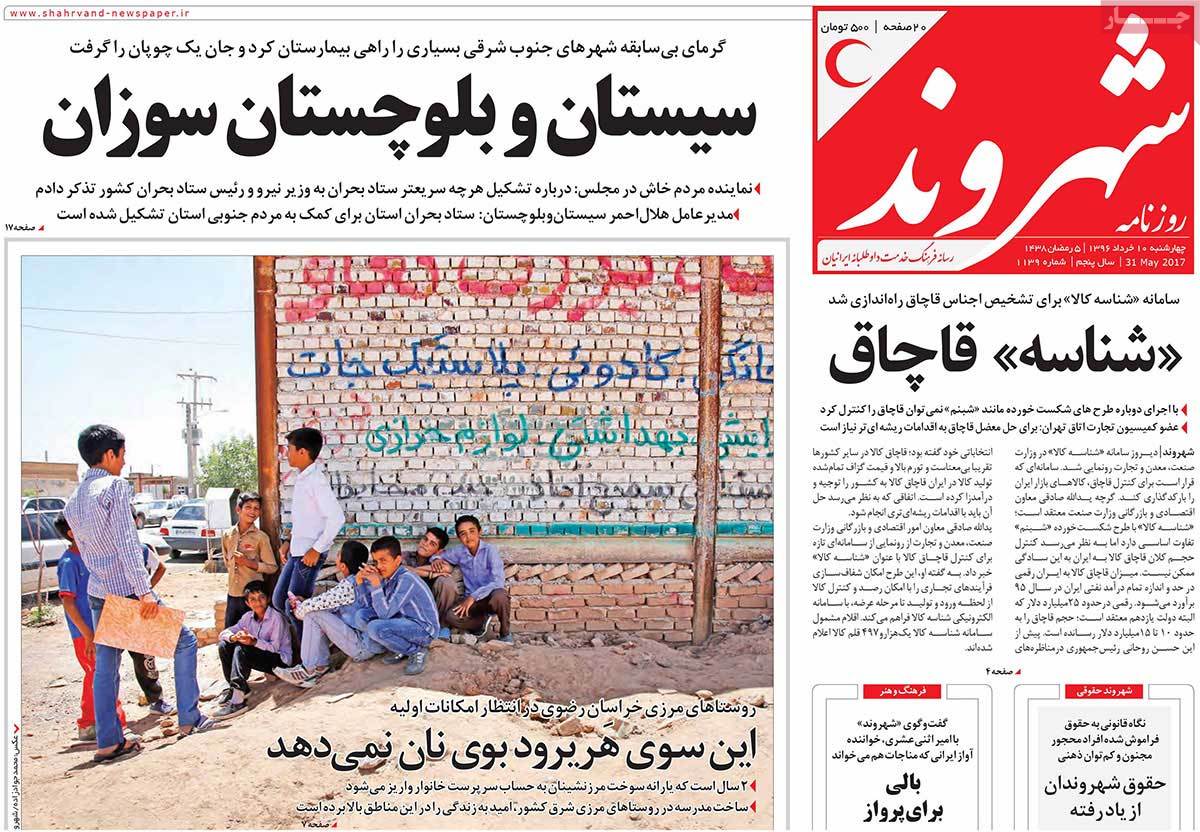 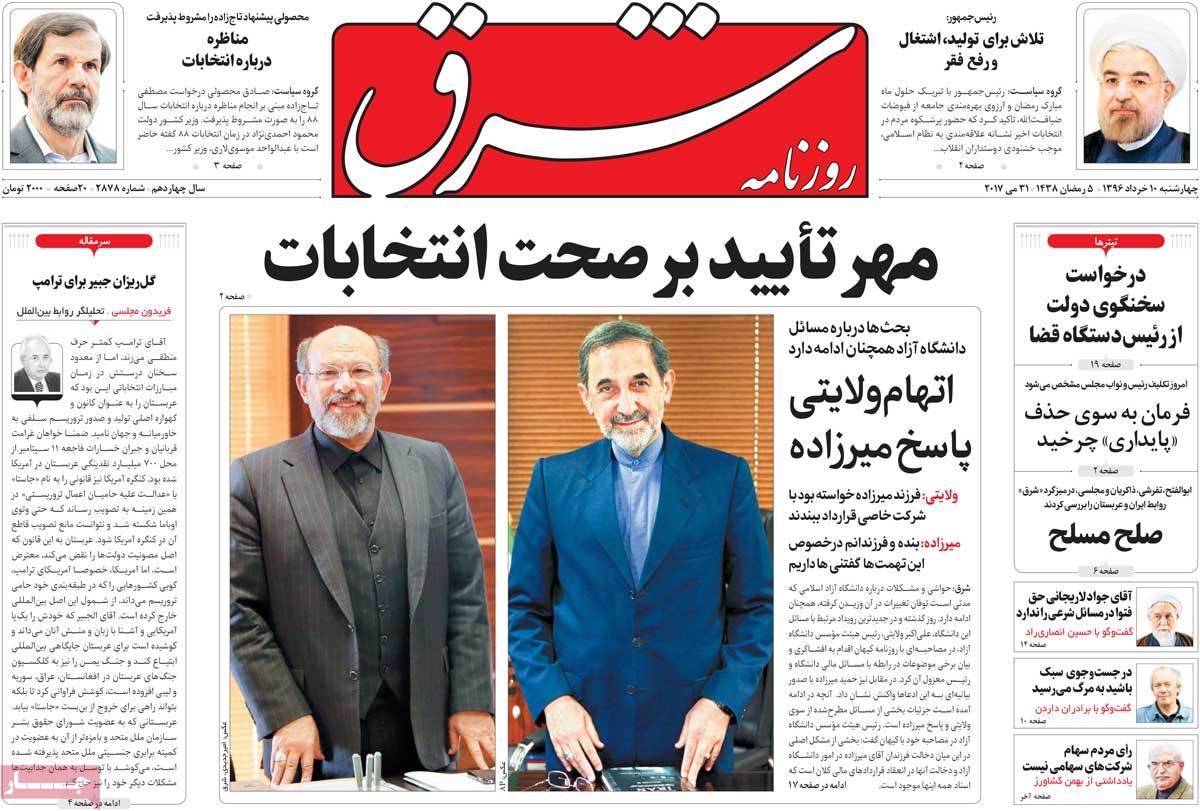