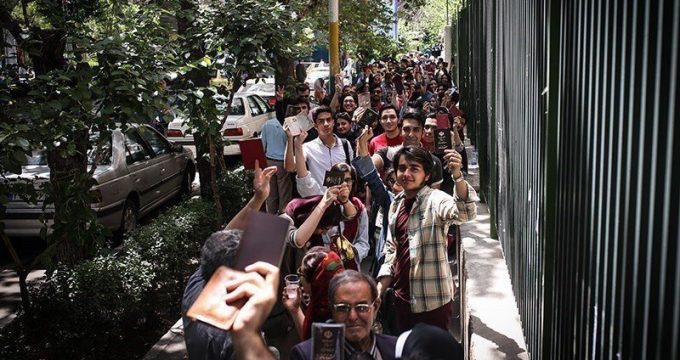 Will Iran’s reformists become the victim of their own success?

Iranian Diplomacy- May 19th elections couldn’t have ended better for the Reformists and their moderate allies. Not only Hassan Rouhani, centrist president whom they endorse, won the presidential election by a 57% majority, but their candidates swept nearly all the seats in city councils in major cities duirng elections held simultaneously with the presidential poll.

As one Iranian Twitter user quipped: “this was not an election, but selection by [Mohammad] Khatami”, former Reformist president who, despite official ban by the judiciary on his media coverage, still plays a pivotal role in Iranian politics via the social media.

The results of city council elections were far better than expected: in capital Tehran, the Reformist slate, “Hope List”, wrested all the 21 seats from its Principlist rivals, securing absolute control over an office they had lost, embarrassingly, 15 years ago.

The same story happened in other major cities across the country: in Isfahan, the wealthy industrial and tourist hub of central Iran (in the recent decade a bastion of the Principlists); in Shiraz, southern Iran, and even in Mashhad, the current headquarters of Ebrahim Raisi, Rouhani’s rival in the presidential election, from where he, as custodian of the holy shrine of the eighth Shia imam, Imam Reza, supervises the multibillion dollar assets of Astan Quds Razavi.

The Reformists have never been this powerful since the early years of Eslahat, ‘Reform’, in the late 1990s. Mohammad Khatami’s surprise victory in 1997 presidential election ushered in an age of political and social freedom not experienced since the early months of the 1979 Islamic Revolution. On the wave of Khatami’s immense popularity, Reformists dominated the first city council (all seats in Tehran) and next, the Sixth Parliament.

However, despite high hopes the first city council turned out to be nothing but a cause of shame for the Reformists. The council was initially filled in with big names: the likes of Abdullah Nouri, former interior minister and deputy speaker of the parliament, and Saeed Hajjarian, the ‘brain’ of the Reformist camp. A few months into the council, the former was tried and sentenced to five years in prison by the judiciary, and the later miraculously survived an assassination attempt, but suffering from complications, played a marginal role in the council. Afterwards, the council gradually delved into bitter infighting, particularly between the maverick Ebrahim Asgharzadeh and Tehran mayor Hassan Malek-Madani, reaching to the point that Khatami’s government, to much chagrin, finally opted for its dissolution.

In hindsight, it appears that the bitter experience of the first city council in Tehran heralded the decline of the Reformists for the next decade. The second city council election, despite being hailed as the most democratic since the revolution, witnessed a staggeringly low 12 percent turnout in the capital. Abadgaran, the rebranded Principlist slate, won all the seats. The new council’s choice of Tehran mayor was a figure unbeknown to all but few of political observers: Mahmoud Ahmadinejad, university lecturer and senior member of the Islamic Association of Engineers. Reformists lost all elections that were held in the next ten years: the third city council election (2006), two presidential elections (2005, 2009), and three parliamentary elections (2004, 2008, 2012).

Hoping against hope, Reformists clawed their way into power. In 2013, the alliance of Reformists and ‘moderates’, masterminded by Akbar Hashemi Rafsanjani and Mohammad Khatami, made Hassan Rouhani president with a hairbreadth victory: 50.7 percent of voters chose former director of Iran’s National Security Council who was running on a platform of solving the standoff with the West over Iran’s nuclear program and putting an end to the US-led sanctions regime.

In Tehran city council elections, held simultaneously with the presidential election, Reformists won sixteen out of 31 seats but failed to elect their favorite mayor for the capital when Elaheh Rastgou, female member of the marginal Reformist group Islamic Labor Party, switched alliance and moved to the Principlist camp. The volte-face was a soother for Baqer Qalibaf, Tehran mayor who had lost the presidential competition to Hassan Rouhani but now could keep his seat for another four years.

Reformists continued their upward march with relative success in February 2016 elections of the parliament, where they registered an impressive victory in Tehran constituency winning all the seats, and formed a pro-government majority in alliance with moderate factions of the Principlist front. They augmented their position in power last week following Hassan Rouhani’s victory in the presidential election, and an impressive victory in city council elections, winning absolute majority in the six largest cities of the country: Isfahan (all 13 seats), Shiraz (12/13), Tabriz (8/13), and Karaj (12/13). The piece de resistance of Reformists was in Mashhad nonetheless, winning all the seats in the stronghold of hardliners and the residence of Ebrahim Raisi who ran against Hassan Rouhani in this presidential election.

But as a Persian saying goes, “a fountain falls at its peak”. In Iran’s complicated system of governance, dominance in elective offices equals higher accountability, but does not necessary translate into a corresponding level of authority. With a likely stronger presence in the second Rouhani administration and also in Majles, the parliament, and in the city council, Reformists will face pressure from two groups: citizens who voted for them, and Principlist rivals, who have the power to hinder their plans through powerful channels outside the executive branch.

One might expect the Reformists to have learnt their lesson from their 1990s experience. Despite initial sympathy, voters may not buy constant complains by the Reformists about the hurdles they are facing in the way of structural reforms, and demand palpable achievements to keep supporting and voting for the group. Unlike the early Reform years, economy, and not politics, is the main concern of the majority of Iranians now (after all, Hassan Rouhani came to power in 2013 with a promise to put an end to extensive web of sanctions which were pressing the country, contracting its economy during the last two years of Ahmadinejad’s presidency.) And eradication of endemic corruption has become a grave concern for the Iranian society, at least as much as social and political freedom, if not more. This is the main battleground for the Reformists, where they must prove their efficiency and their mettle.