A Look at Iranian Newspaper Front Pages on May 27

Iran Front Page- IFP has taken a look at the front pages of Iranian newspapers on Saturday and picked headlines from 18 of them. IFP has simply translated the headlines and does not vouch for their accuracy.

The top story today was the fresh anti-Iran sanctions approved by the US Senate. Many conservative papers noted that the US is starting a new round of sanctions after Rouhani’s re-election.

An article by Fareed Zakaria in Washington Post about Saudi Arabia’s support for terrorism and Iran’s role in the fight against terrorists also received great coverage.

The agreement between OPEC members to extend an oil cut deal was also a top story today. Some newspapers also pointed to the decrease in oil price in spite of the OPEC deal.

1- Zarif: Iranian People Don’t Want Their Progress, Development from Others 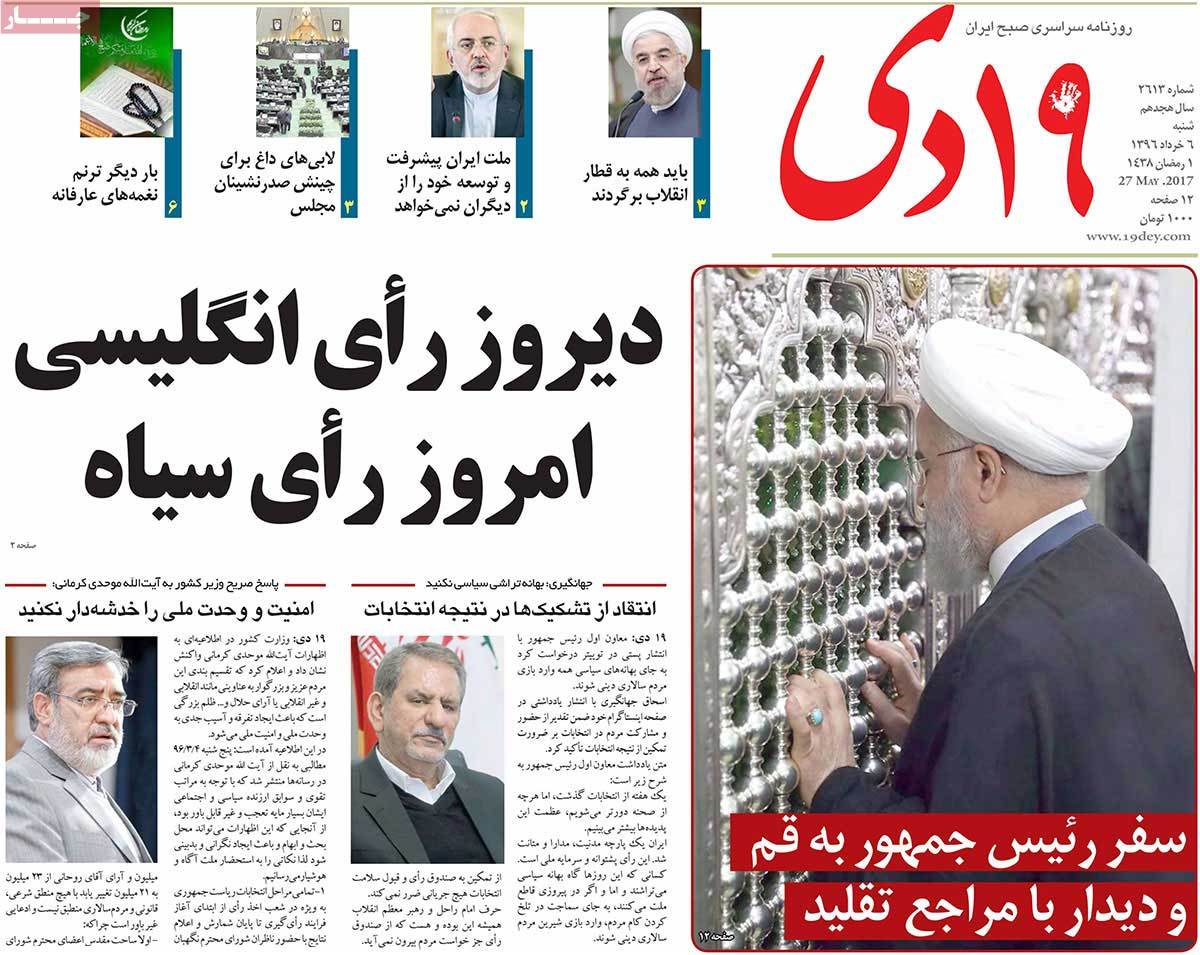 2- US: China Has Increased Restrictions on North Korea

3- Trump’s Travel Ban Once Again Rejected by US Court

4- Cavusoglu: It’s Time for EU to Decide about Turkey [accession to EU] 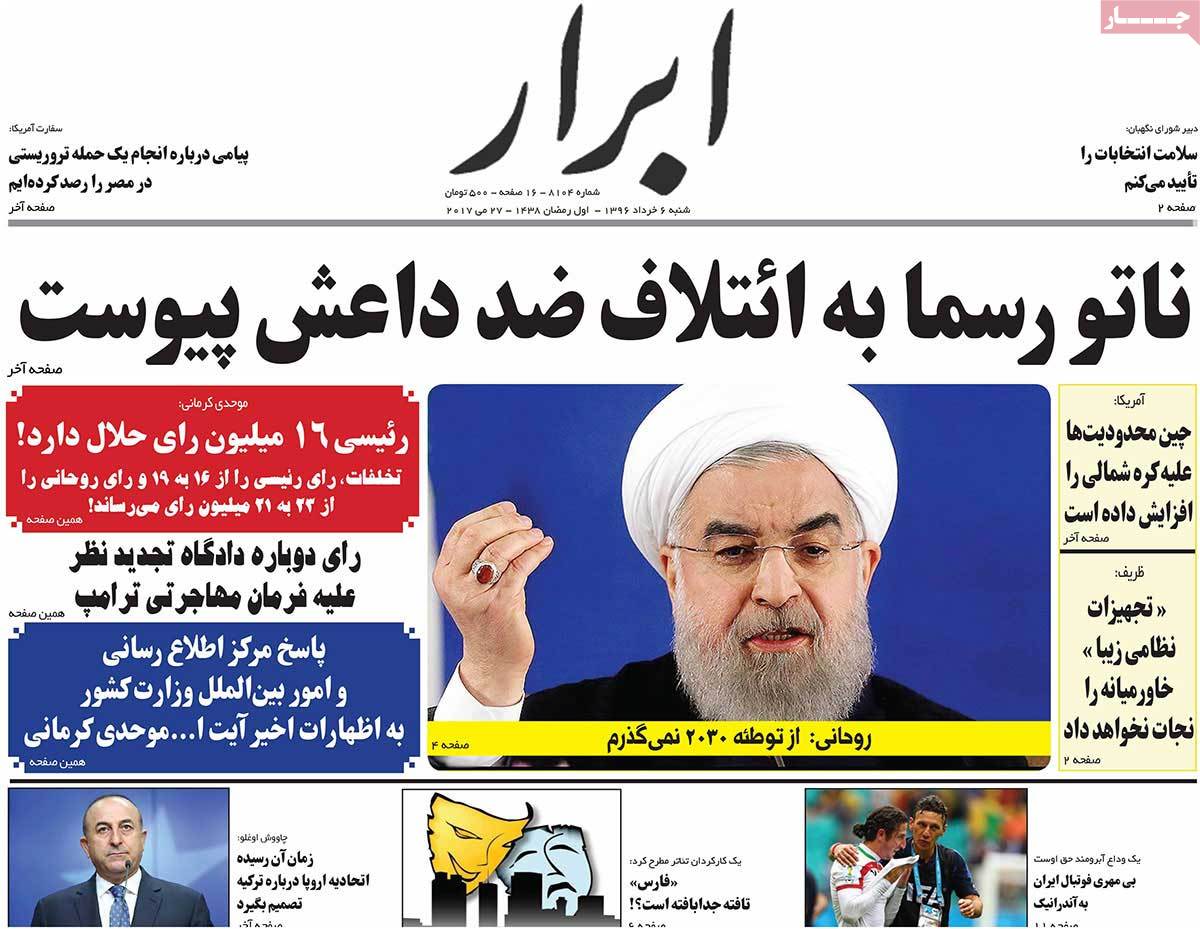 2- US Treasury to Review Permission for Selling Plane to Iran 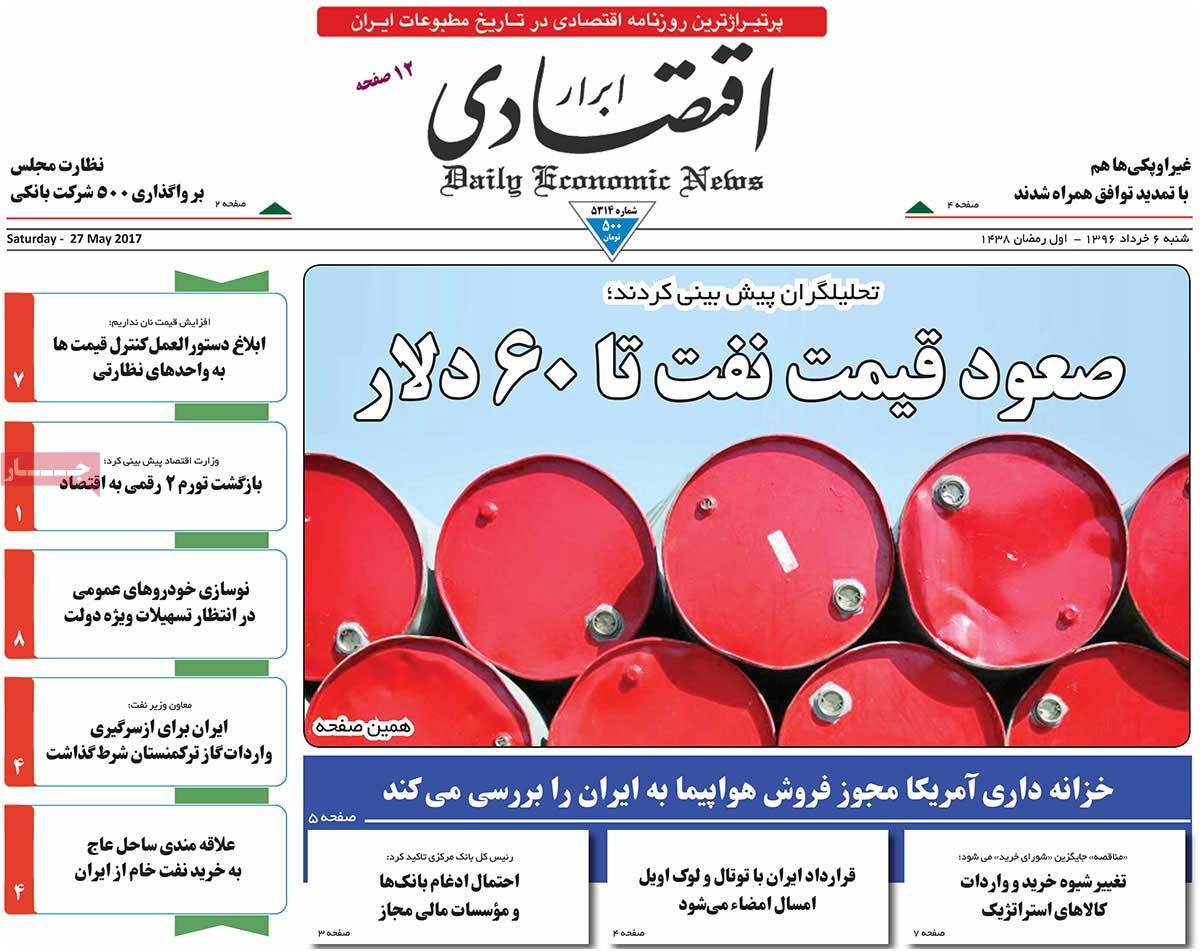 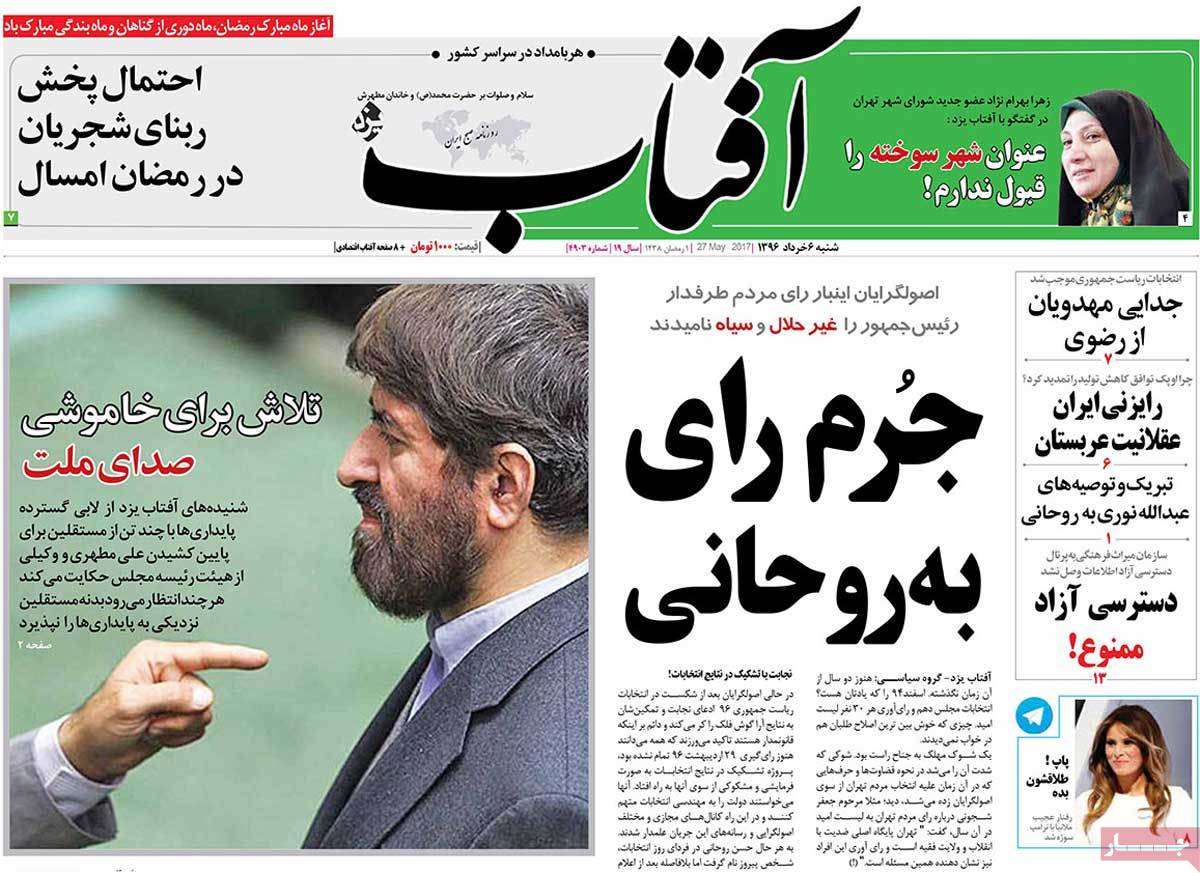 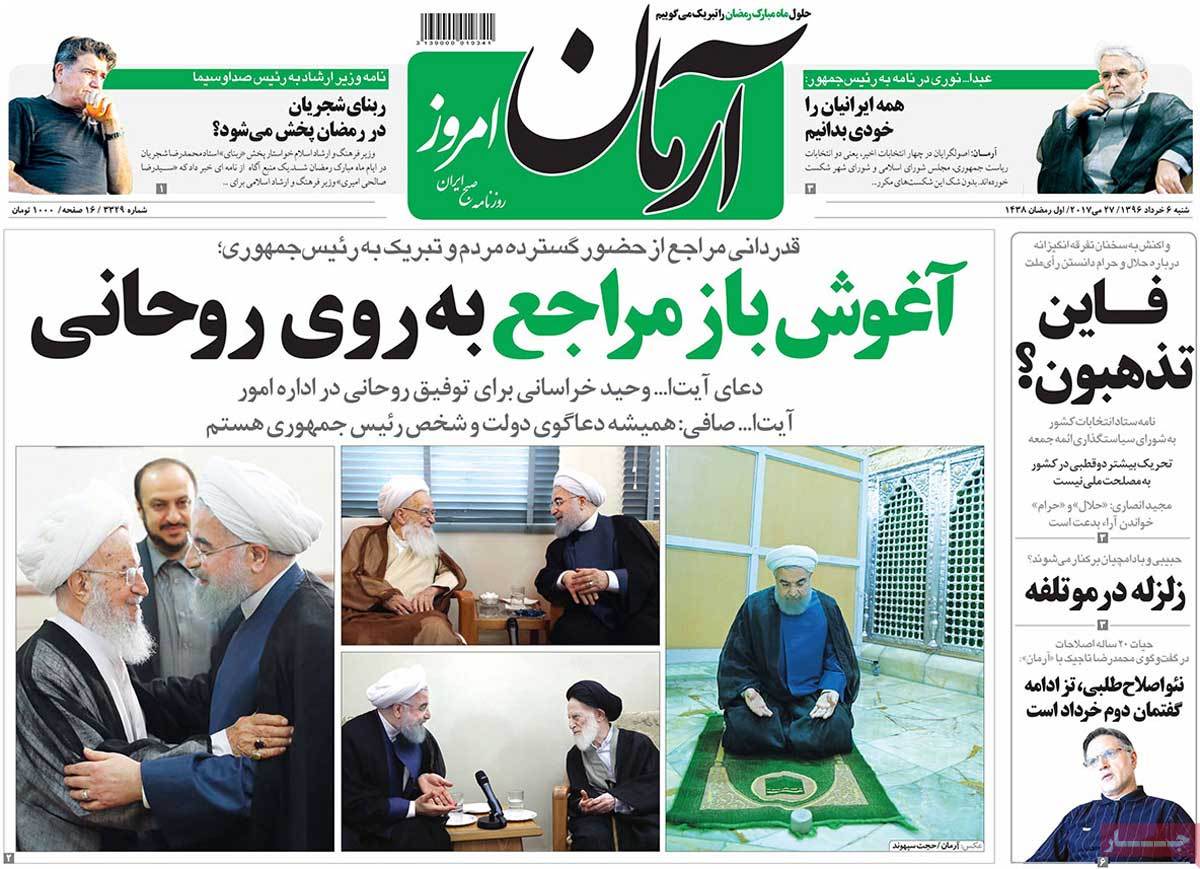 1- Oil Minister: Iran to Collect All the Money for Its Oil Exports

2- Culture Minister: Poverty to Be Eradicated in New Government

3- MP: Wall between Reformists, Conservatives Should Be Removed 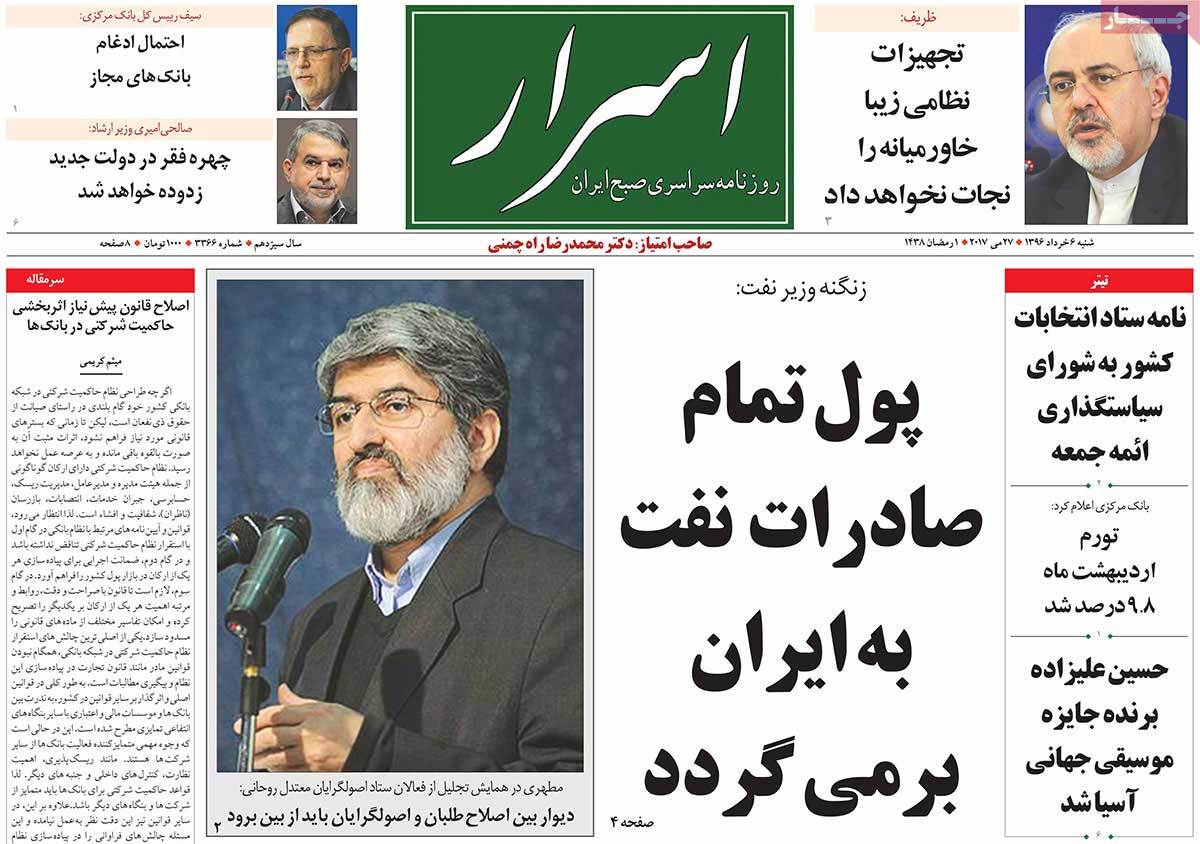 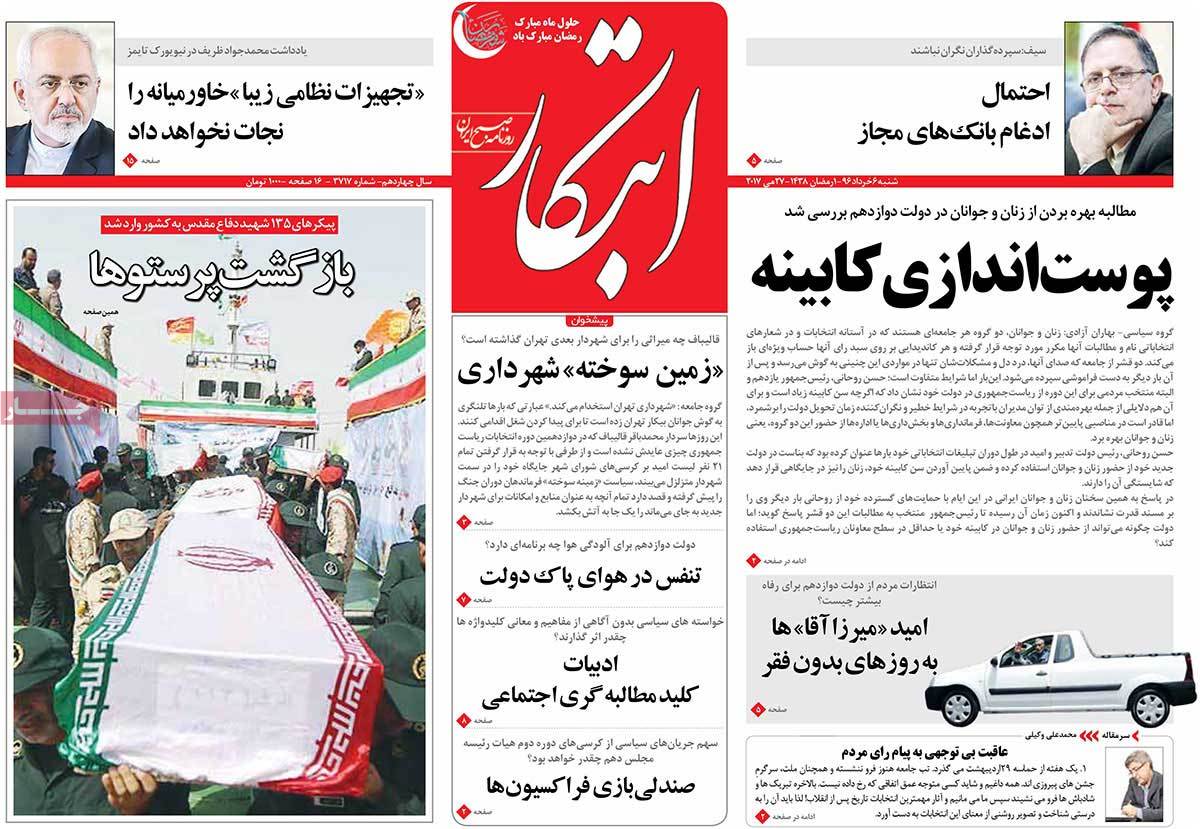 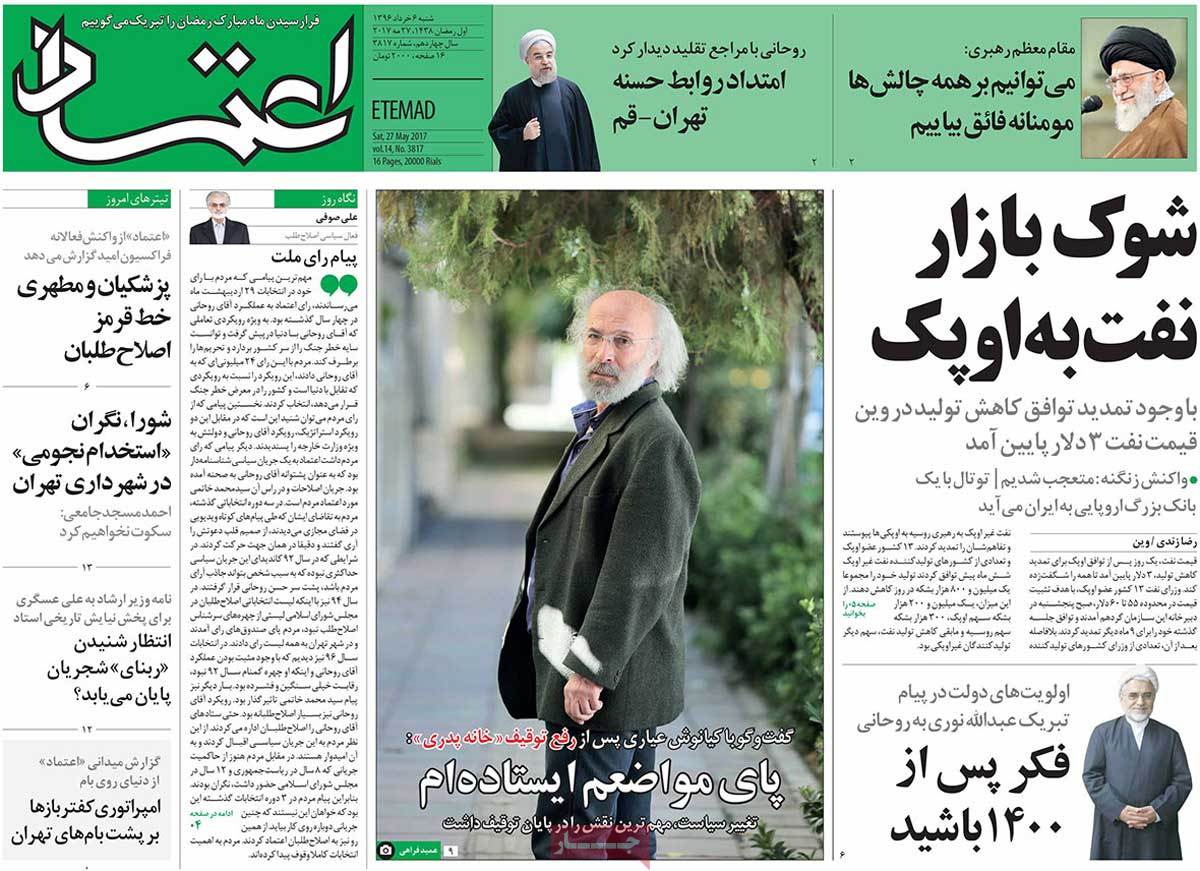 2- Zakaria: Riyadh is Mother of Terrorism, Tehran Mother of Fight against Terrorists 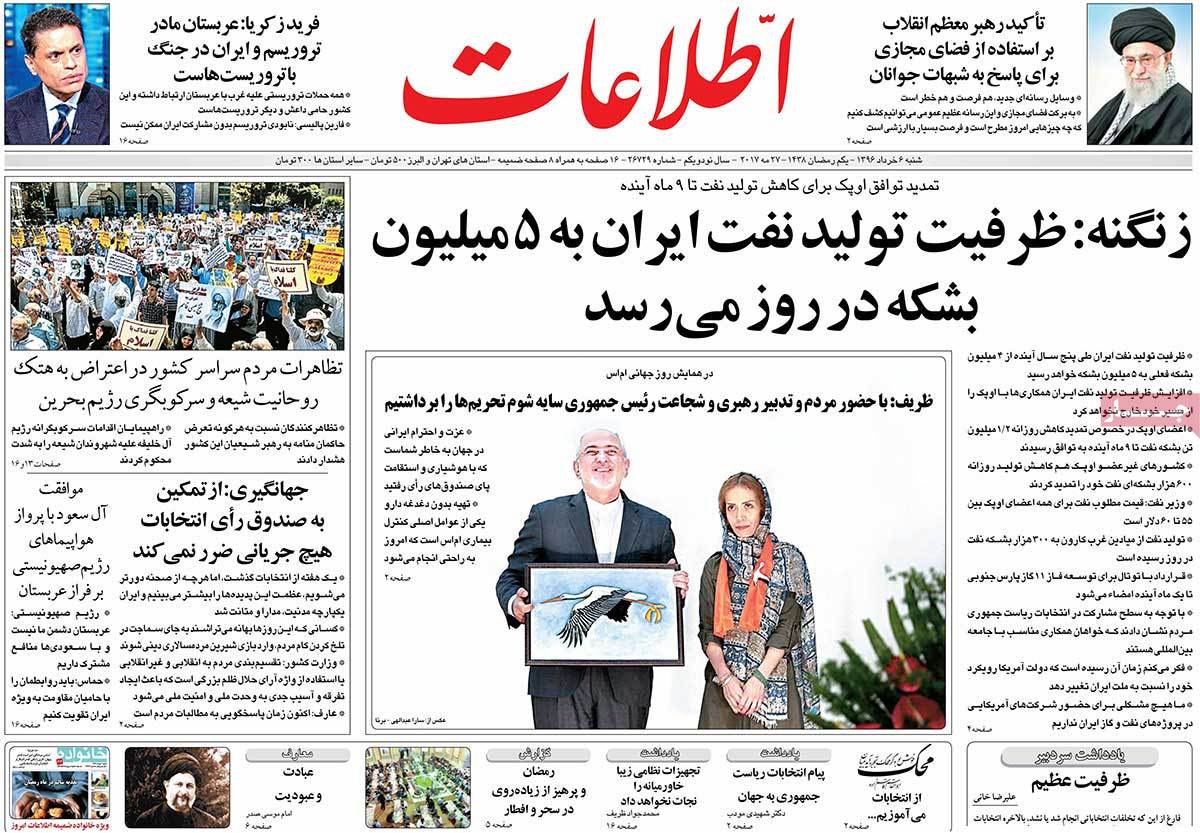 3- Iran DM: We Produce All Missiles We Need 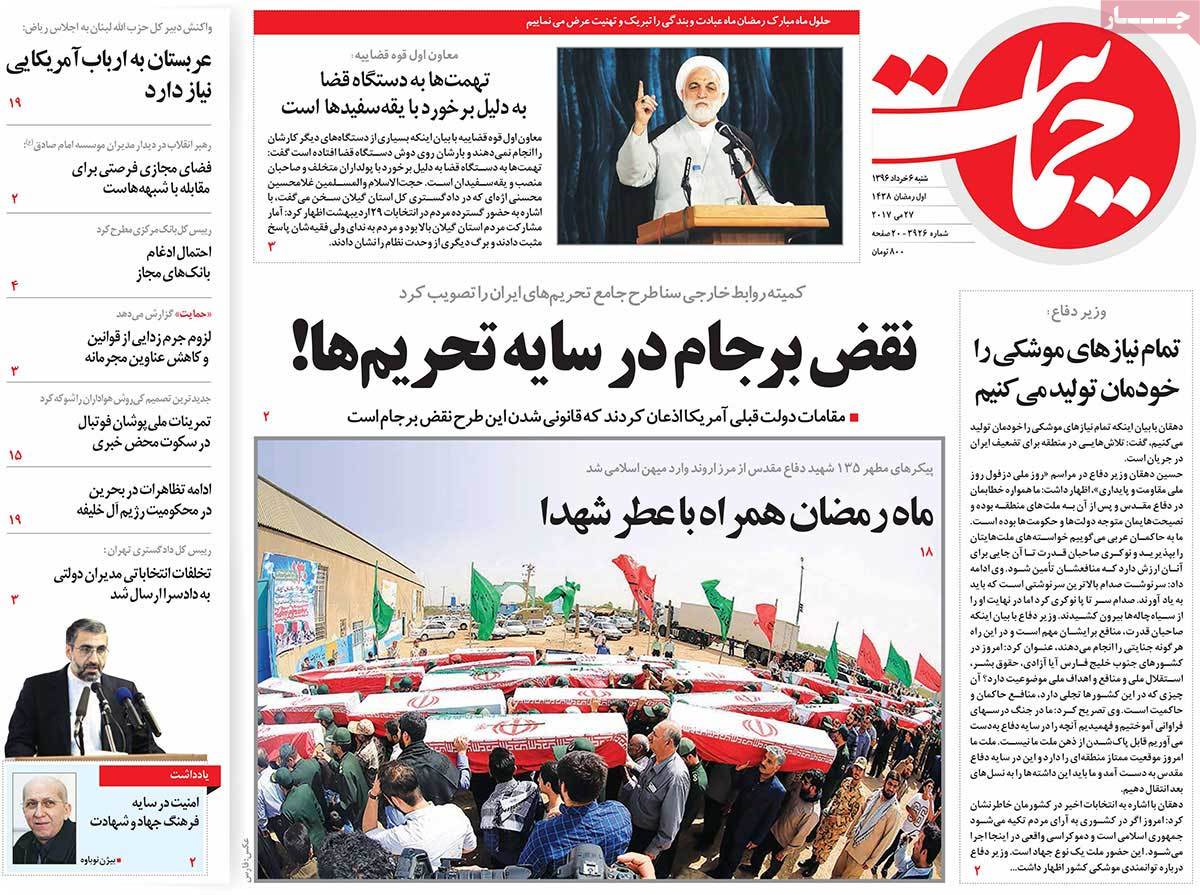 2- US Senator: Rouhani’s Re-Election is Encouraging, but Sanctions Are Needed 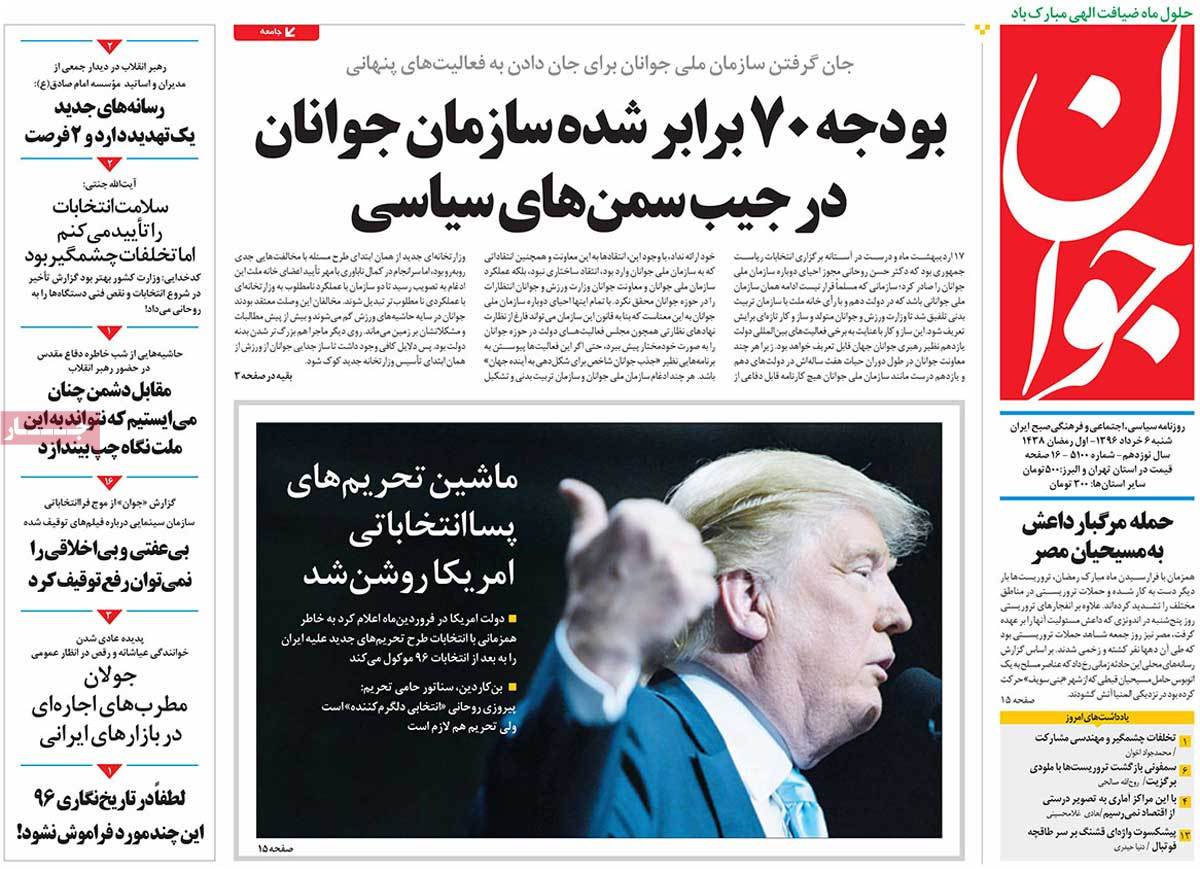 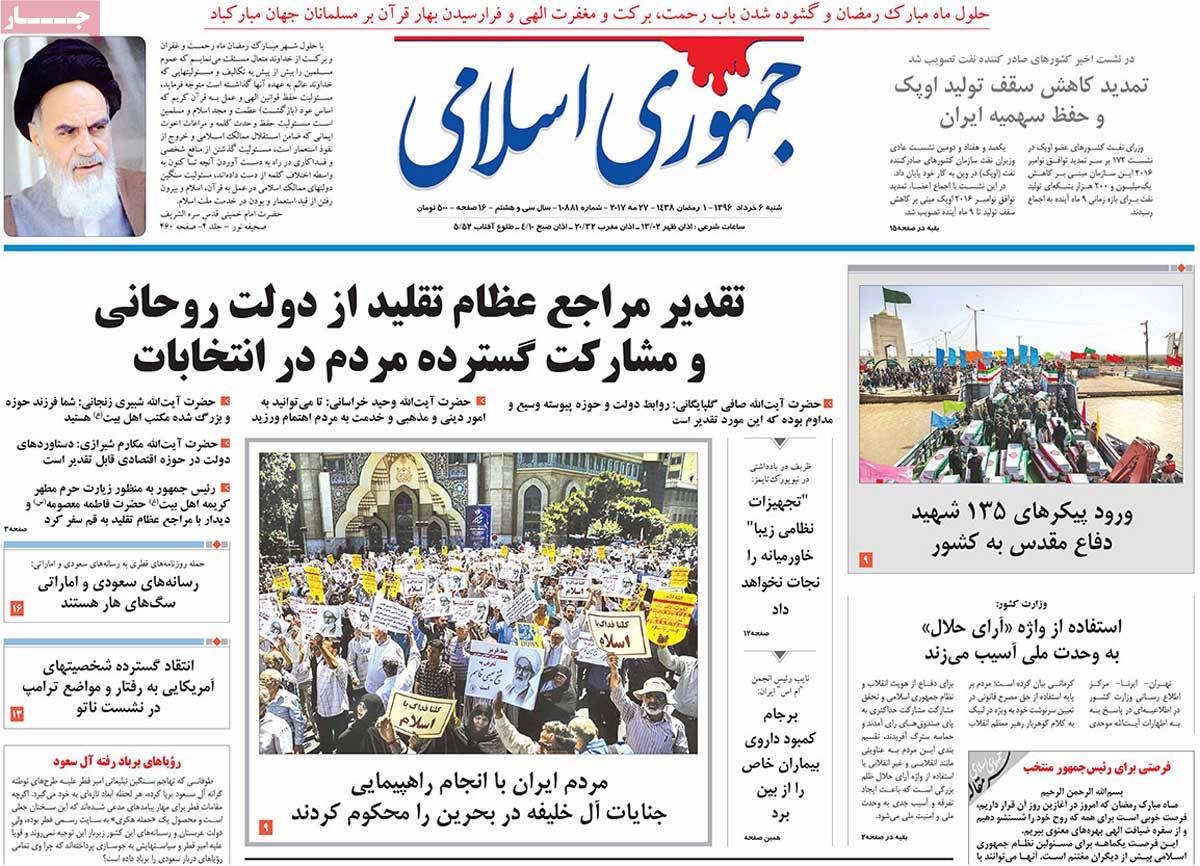 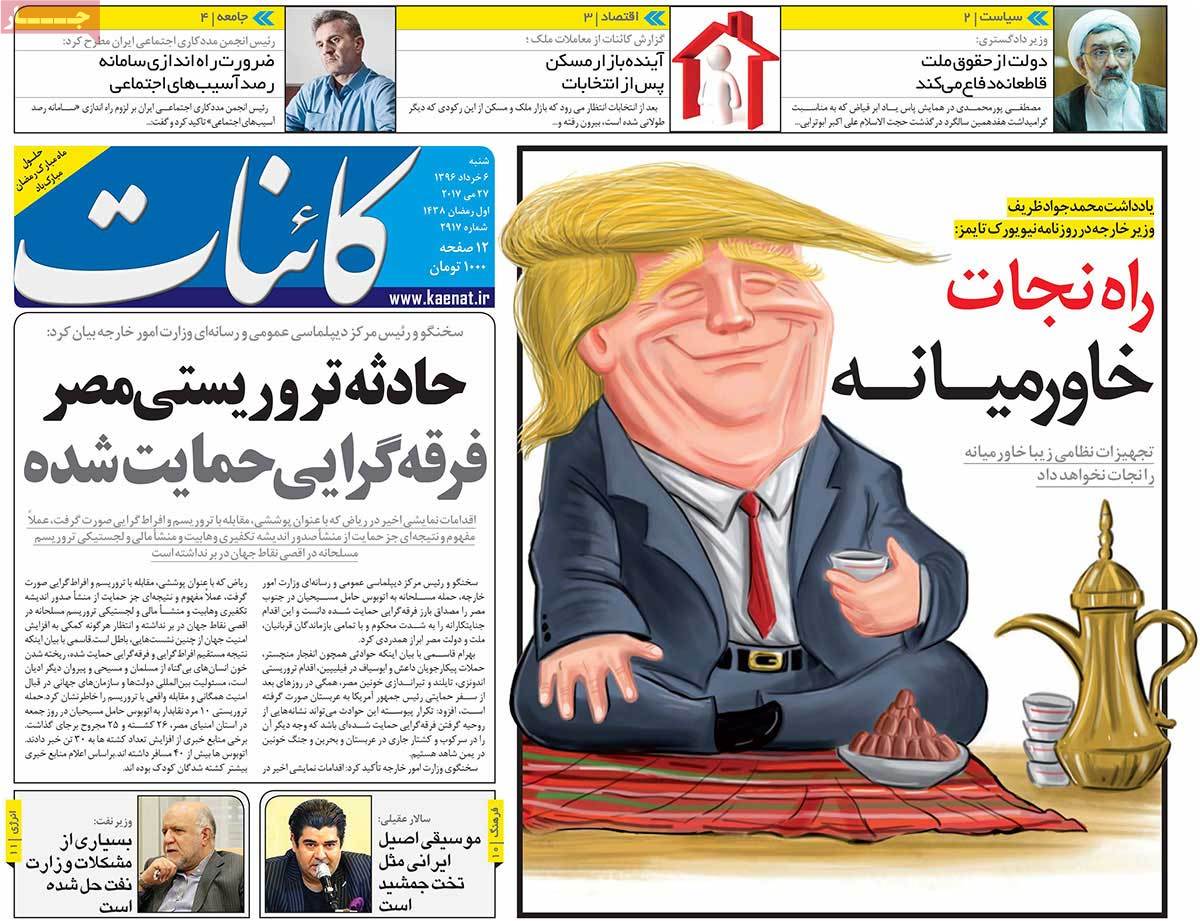 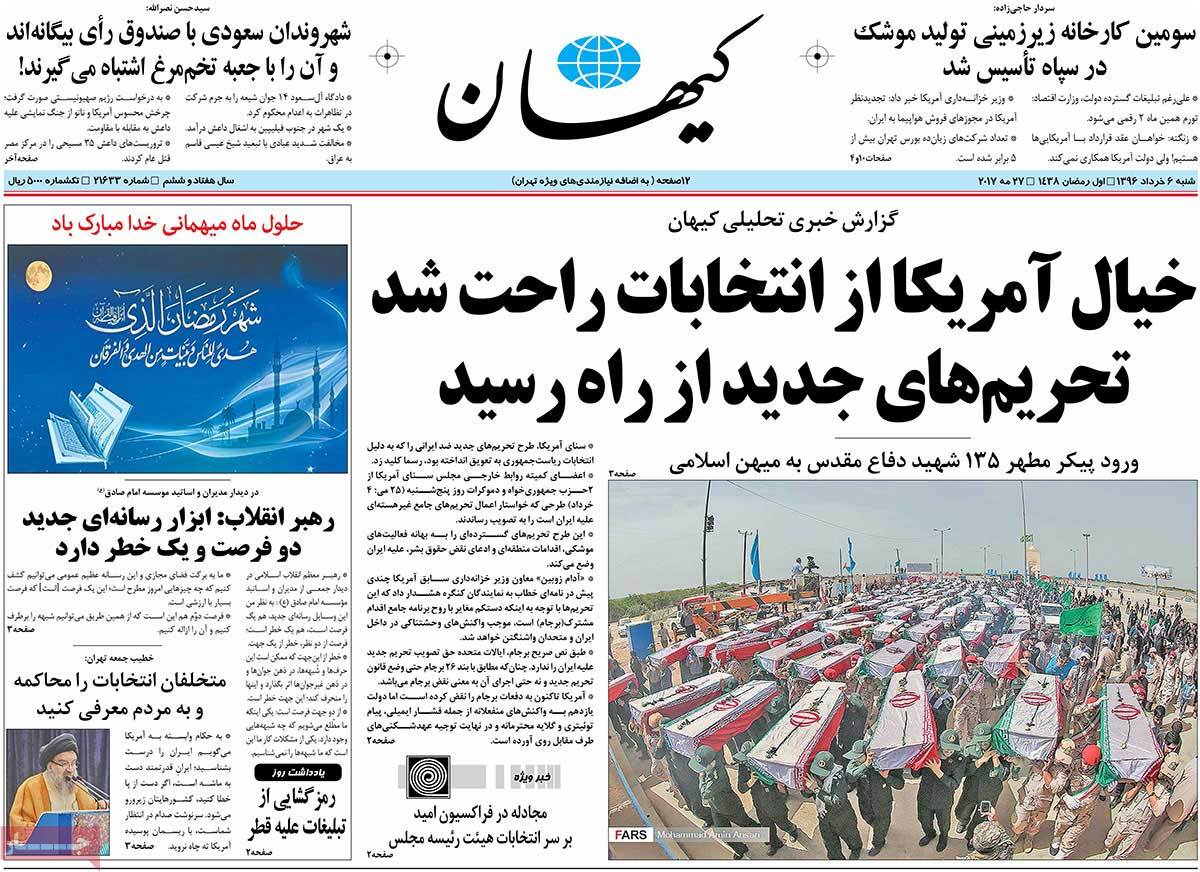 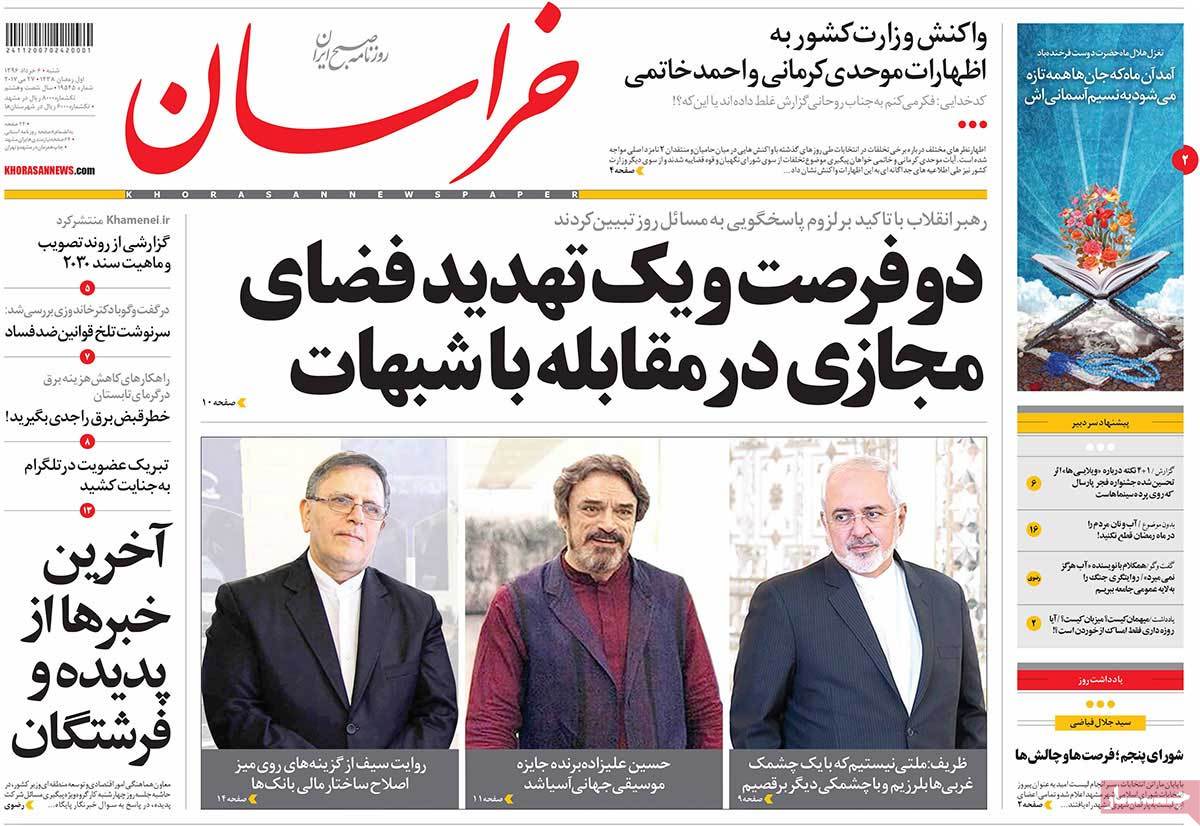 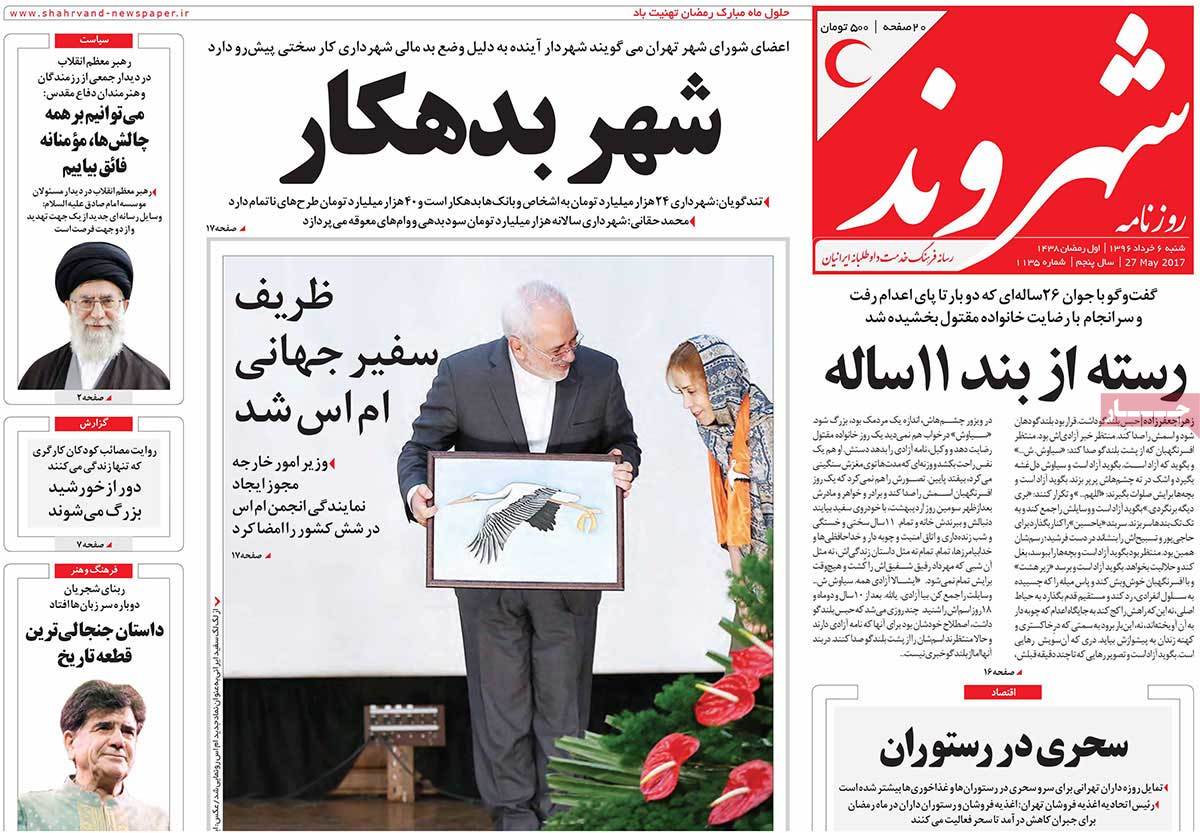 2- Senior Sunni Cleric to Rouhani: Job Applicants Shouldn’t Be Asked about Their Religion 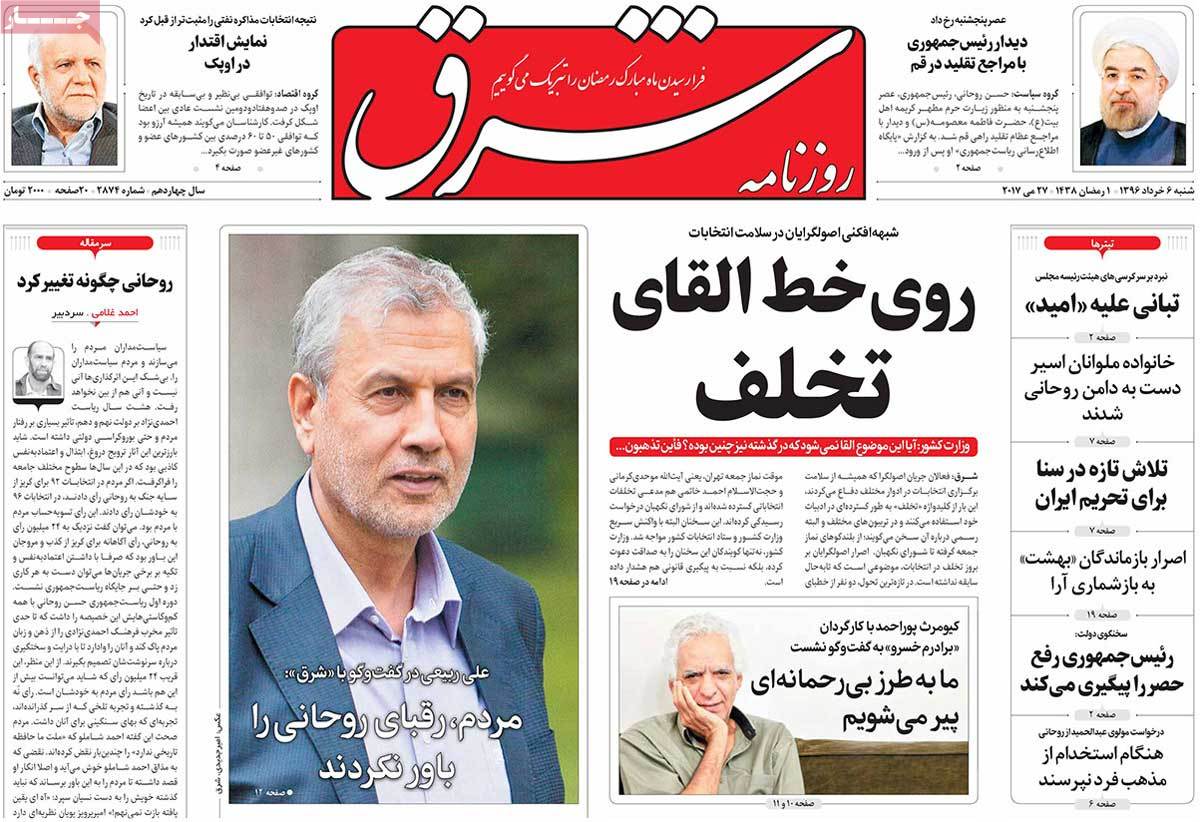 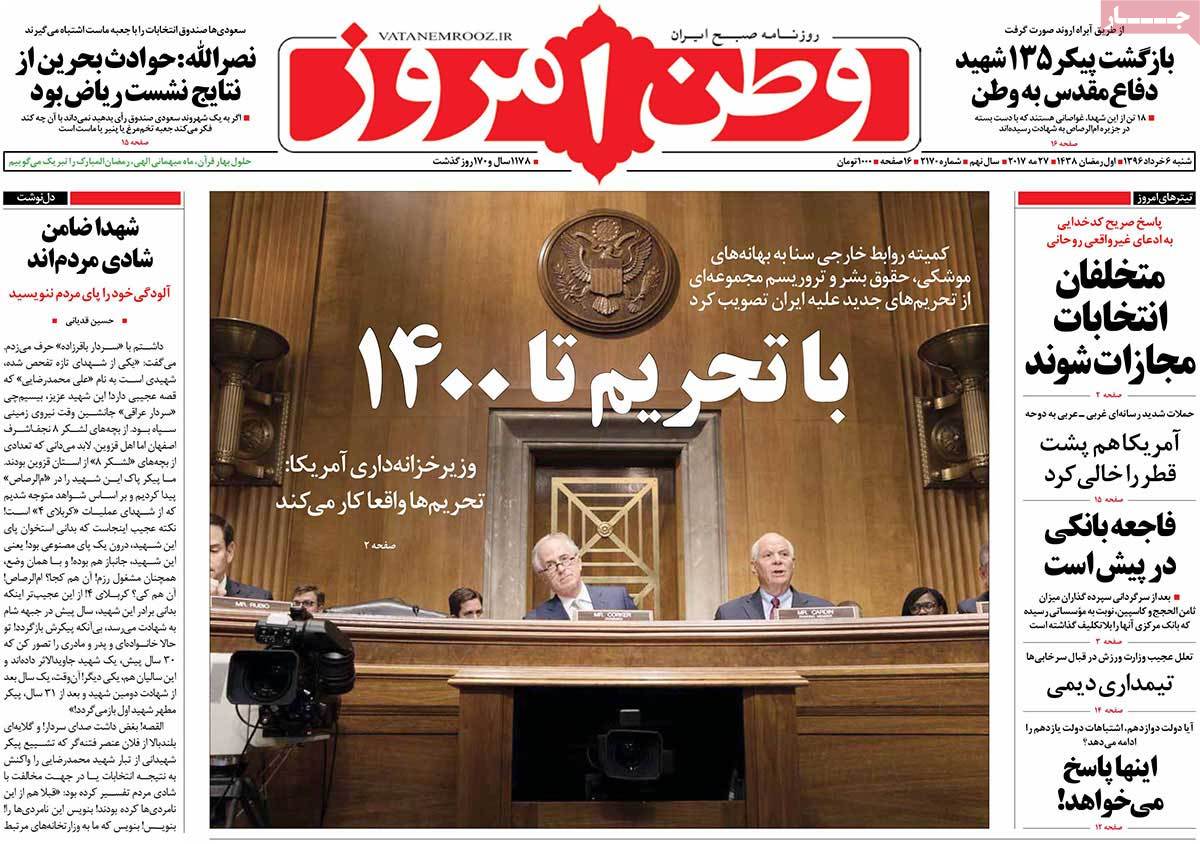