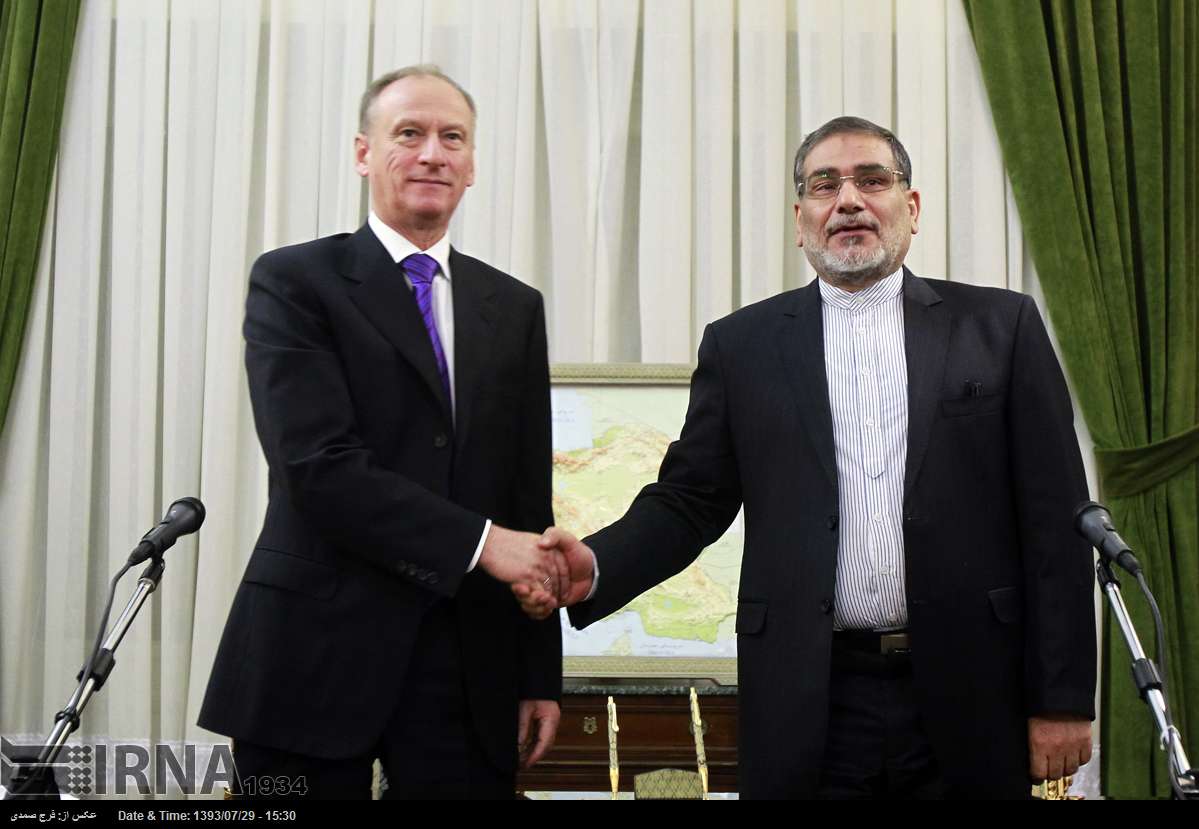 MNA – Heads of national security councils of Iran and Russia, at a meeting in Moscow on Tuesday, called for execution of comprehensive security agreements between the two sides.

At the session which was held prior to International Meeting of High Representatives for Security Issues, the two parties investigated status of ongoing cooperation between the two countries in the field of fight against terrorism and extremism and emphasized the need to continue joint negotiations and exchange security, political and military information in order to boost effectiveness of anti-terrorism initiatives in Syria, Iraq and other areas afflicted with security crises.

Shamkhani explained new military and security requirements for the Syrian crisis and devastating impact of illegal military interference by some countries which leads to more complex conditions and strengthens the previously-defeated Takfiri terrorists. “Ongoing military and political successes of anti-terror coalition, which brought about lasting cease-fire and reduction of violence and bloodshed in Syria, was the main reason for the rise in organized efforts of Takfiri terrorist supporters to maintain their capabilities.”

The fact no one welcomed the proposal by Iran and Syria for independent and impartial investigation into alleged chemical attack in Khan Sheykhun indicated that the US was seeking excuses for illegal military intervention in Syria, said head of Iran’s SNSC adding “it is mandatory that countries in the forefront of fight against terrorism limit the destructive role of terrorist sponsors in Syria through continued support of the army and people of Syria as well as taking advantage of political initiatives in order to speed up the process of Syrian-Syrian negotiations.”

Patrushev of Russia, for his part, congratulated reelection of Dr. Hassan Rouhani as the President of Iran and appreciated acceptance of the invitation to attend the eighth International Meeting of High Representatives for Security Issues; “similar meetings are undoubtedly safe ways to replace militarism and violence with negotiation.

He voiced satisfaction towards development of bilateral relations between the two countries in various aspects and described the close and effective collaboration of Iran and Russia in the fight against terrorism as very successful for it guarantees reduction of tension and restoration of stability to Syria.

Later at the meeting, the Russian side presented a report on progress of talks by military experts of Iran, Russia and Turkey on implementation of the Astana summit agreement to create of four de-escalation zones as agreed at Astana summit and asked about viewpoints of Iran’s SNSC Head Ali Shamkhani.