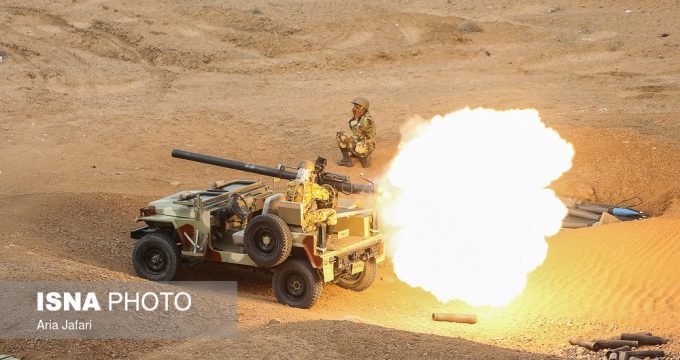 ISNA | Aria Jafari; Iran’s Army Ground Force launched a military exercise in central parts of the country on Wednesday to put into operation the latest homegrown weapons. The war game, codenamed Beit ul-Muqaddas-29, is being held in Nasrabad region in the central province of Isfahan, with the participation of various units including the infantry, the armor units, the artillery, rapid reaction forces, elite commandos of the 65th Brigade, drone units as well as choppers from the Ground Force Airborne Unit.