A Look at Iranian Newspaper Front Pages on May 24

Newspapers today covered the Bahraini regime’s raid on the house of top Shiite cleric Sheikh Isa Qassim, and the conflicting reports about his arrest.

2- Larijani: Iran Showed Strong Presence in Region with Its election

3- Larijani Surprised by US, Saudi Claim to Be Frontrunners of Fight against Terror 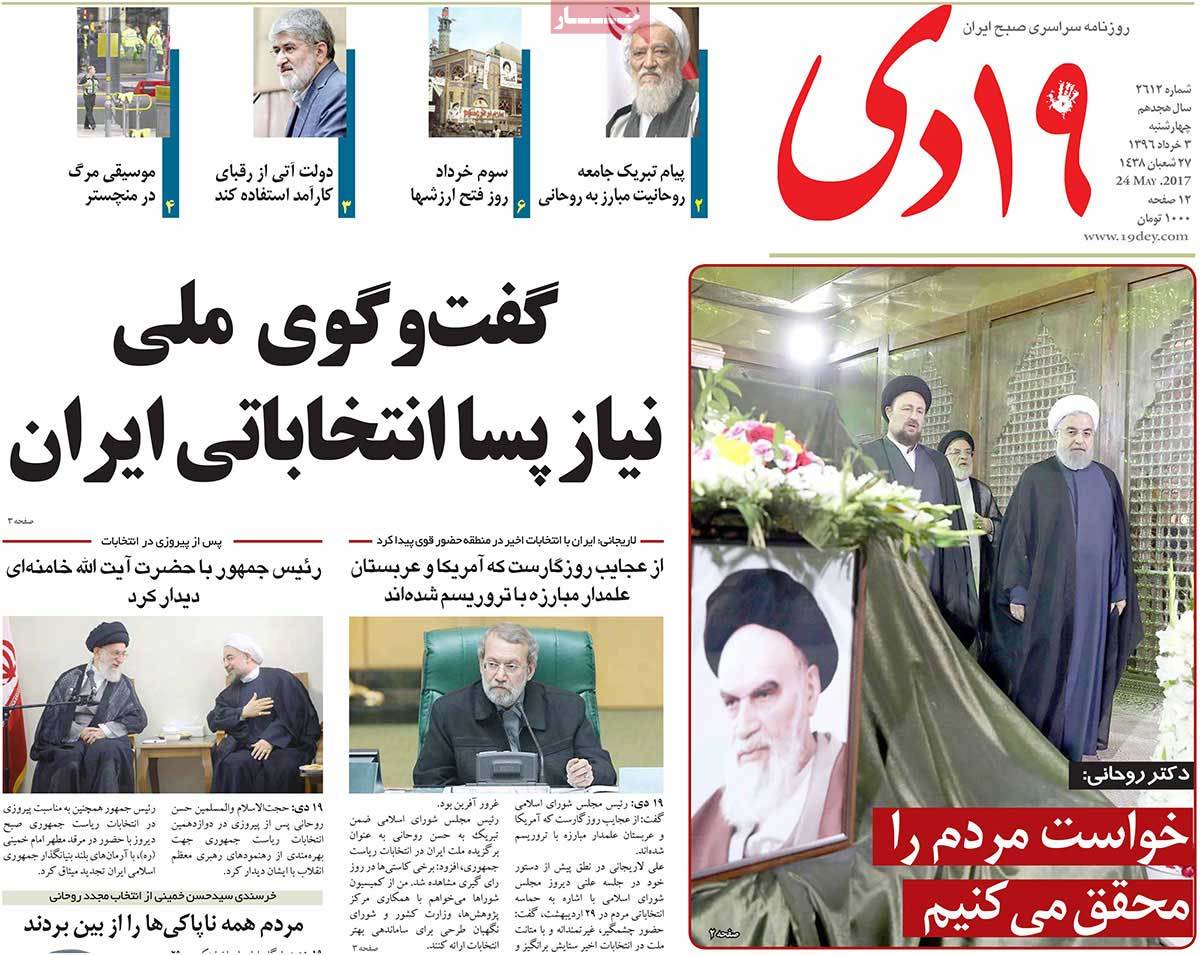 1- Rouhani: We’ll Do Our Best to Fulfil Promises We Gave 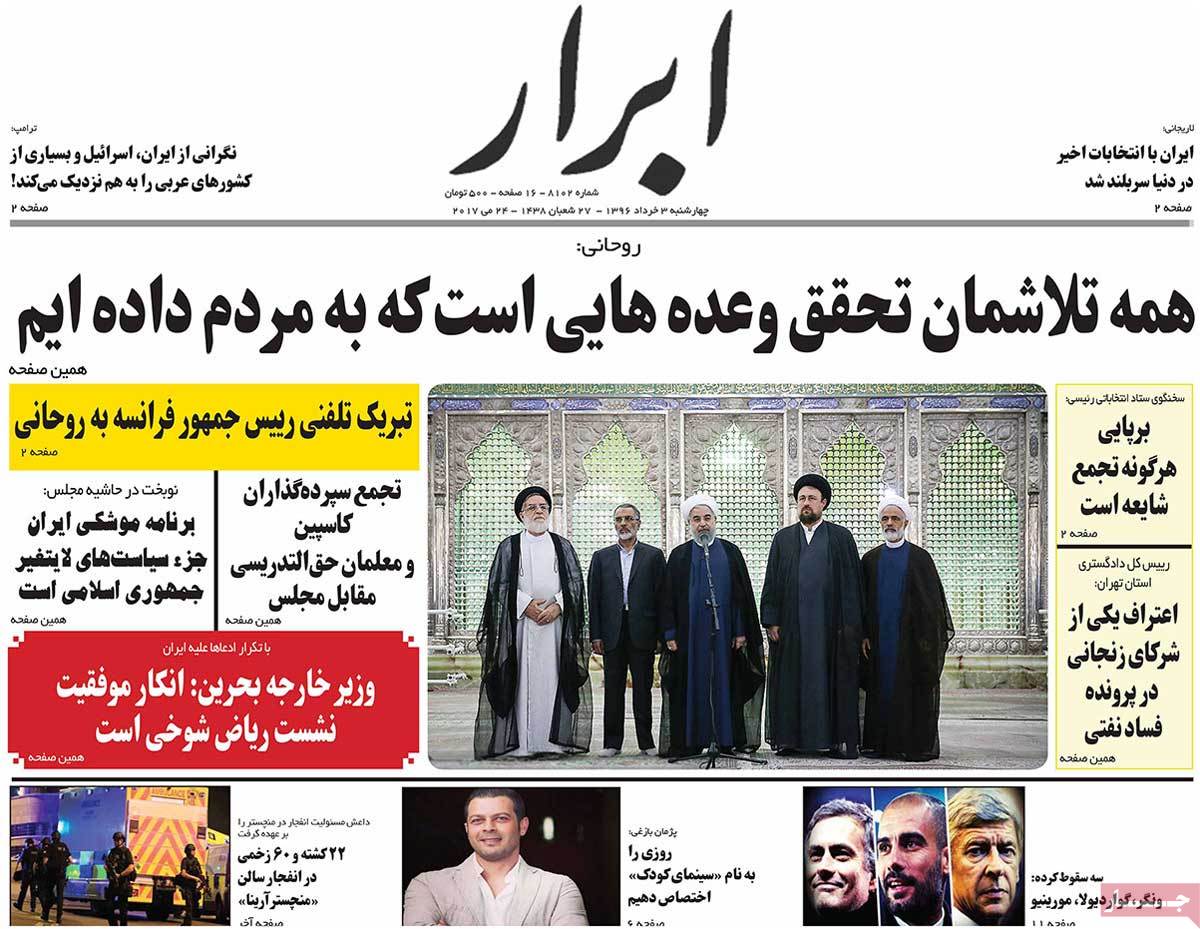 1- Trump’s Shock to Oil Market: US to Sell Half of Its Strategic Oil Reserves 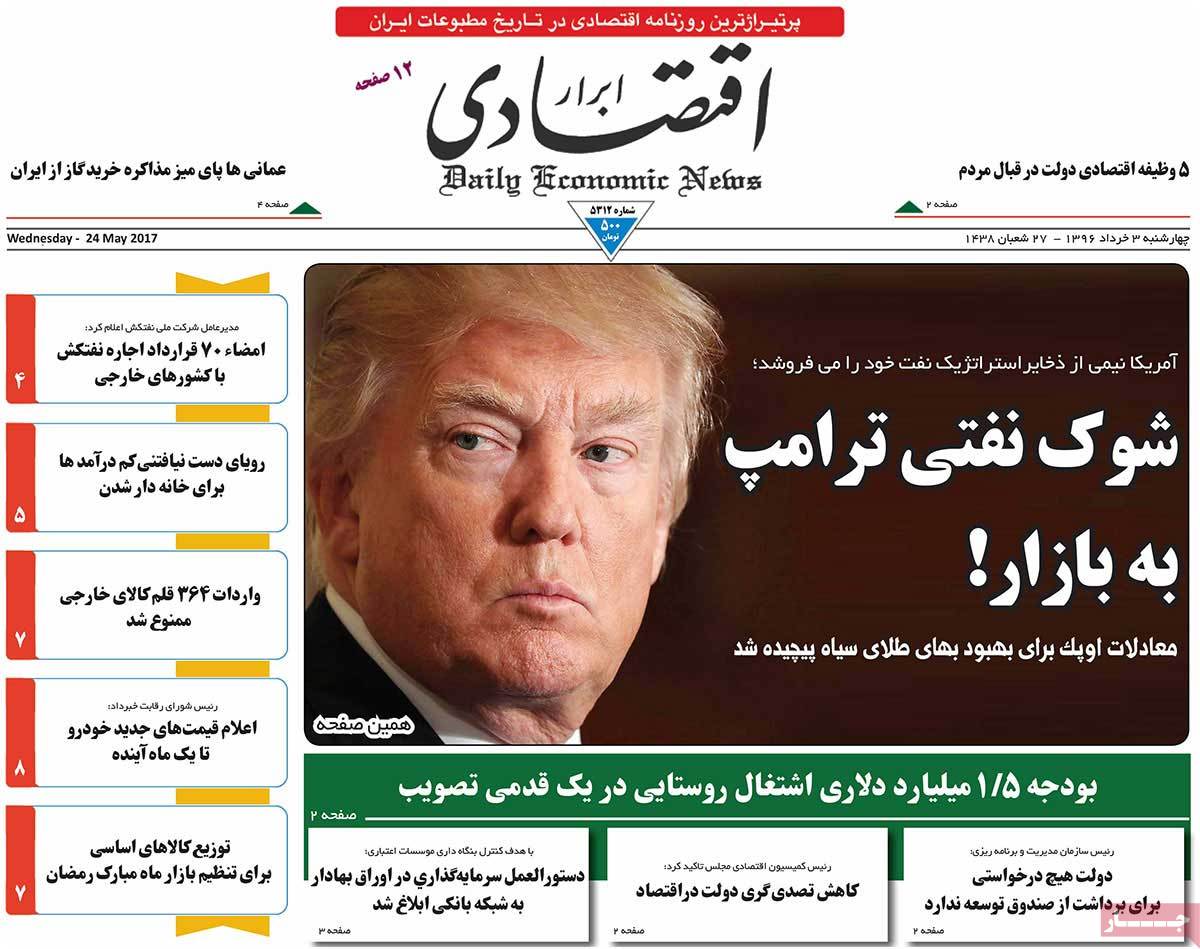 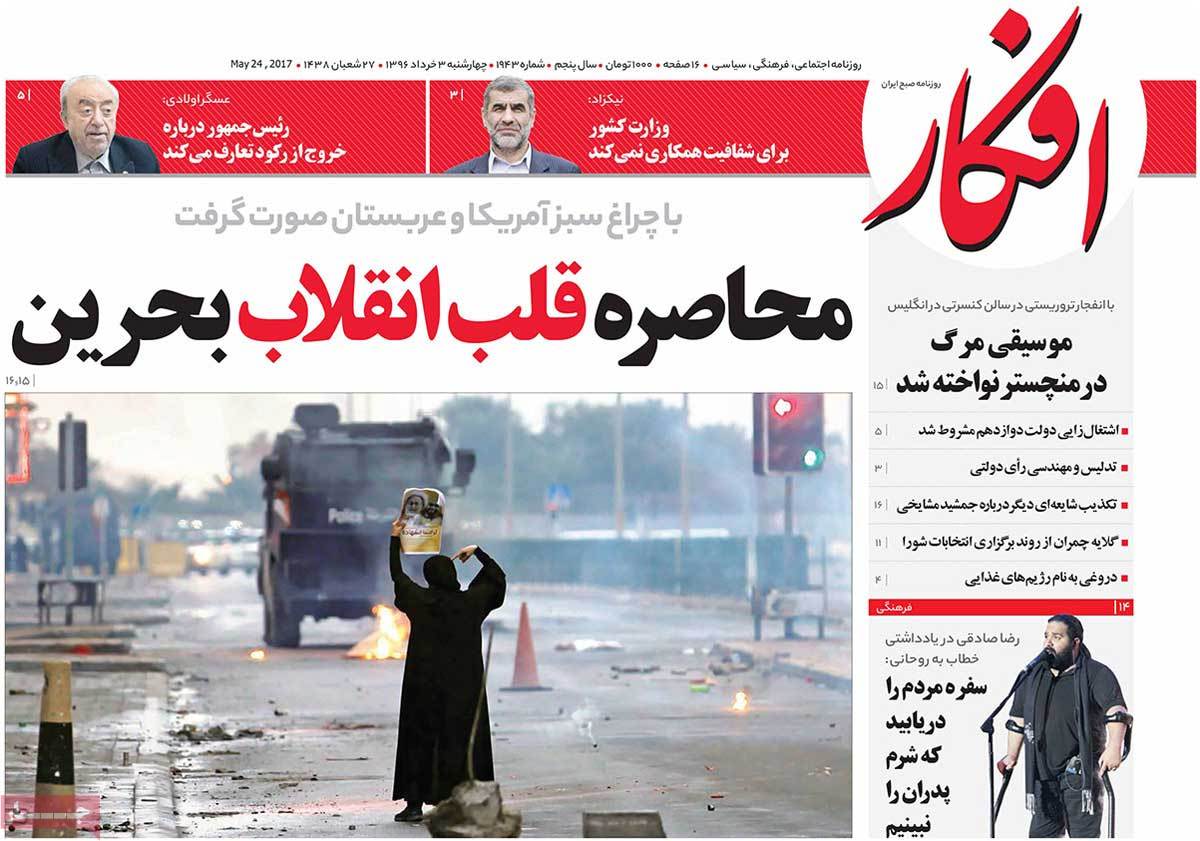 1- Why Didn’t You Congratulate Rouhani? 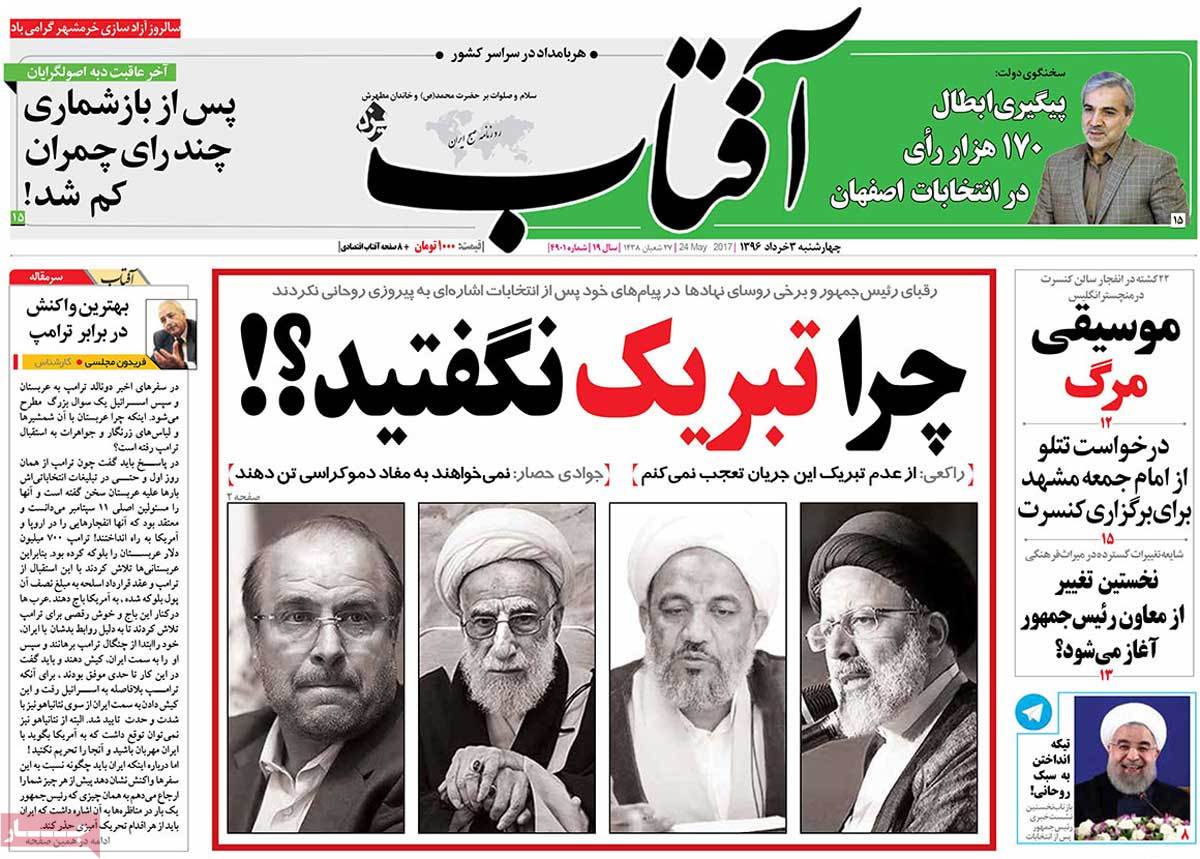 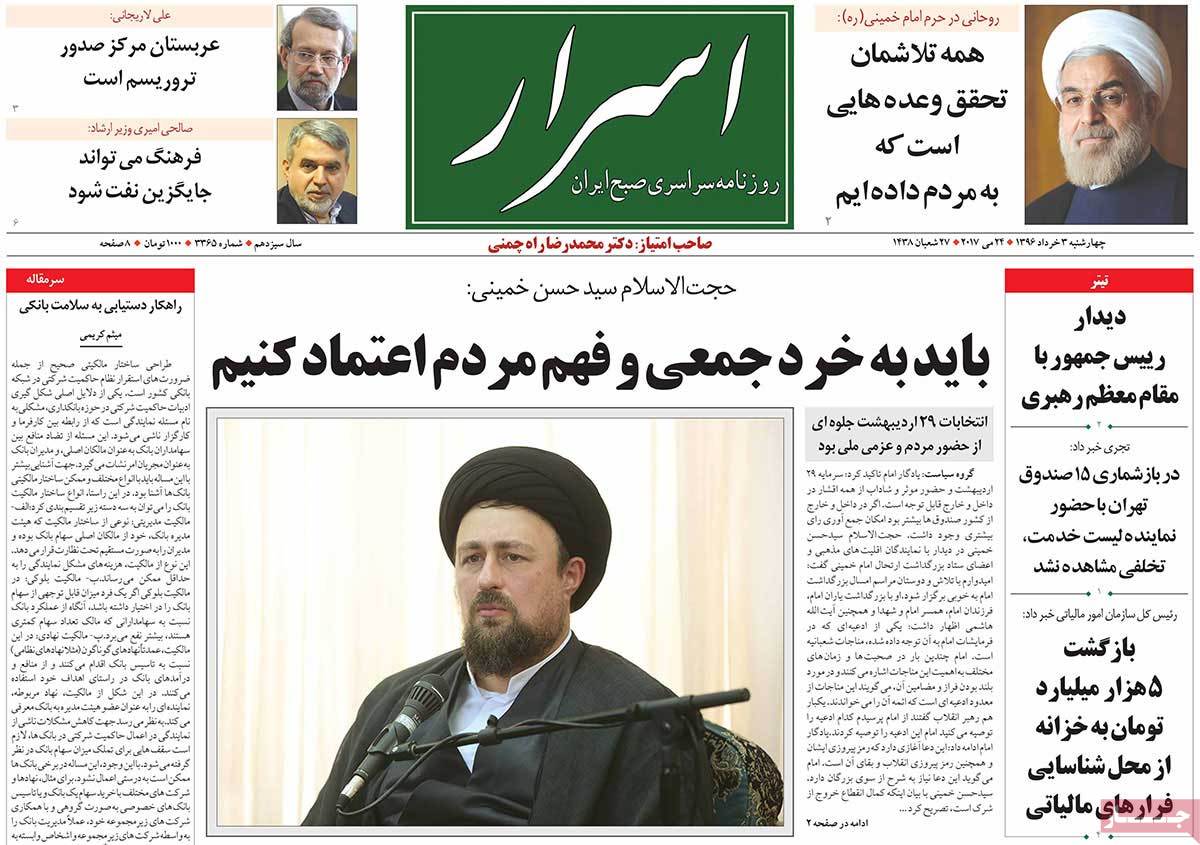 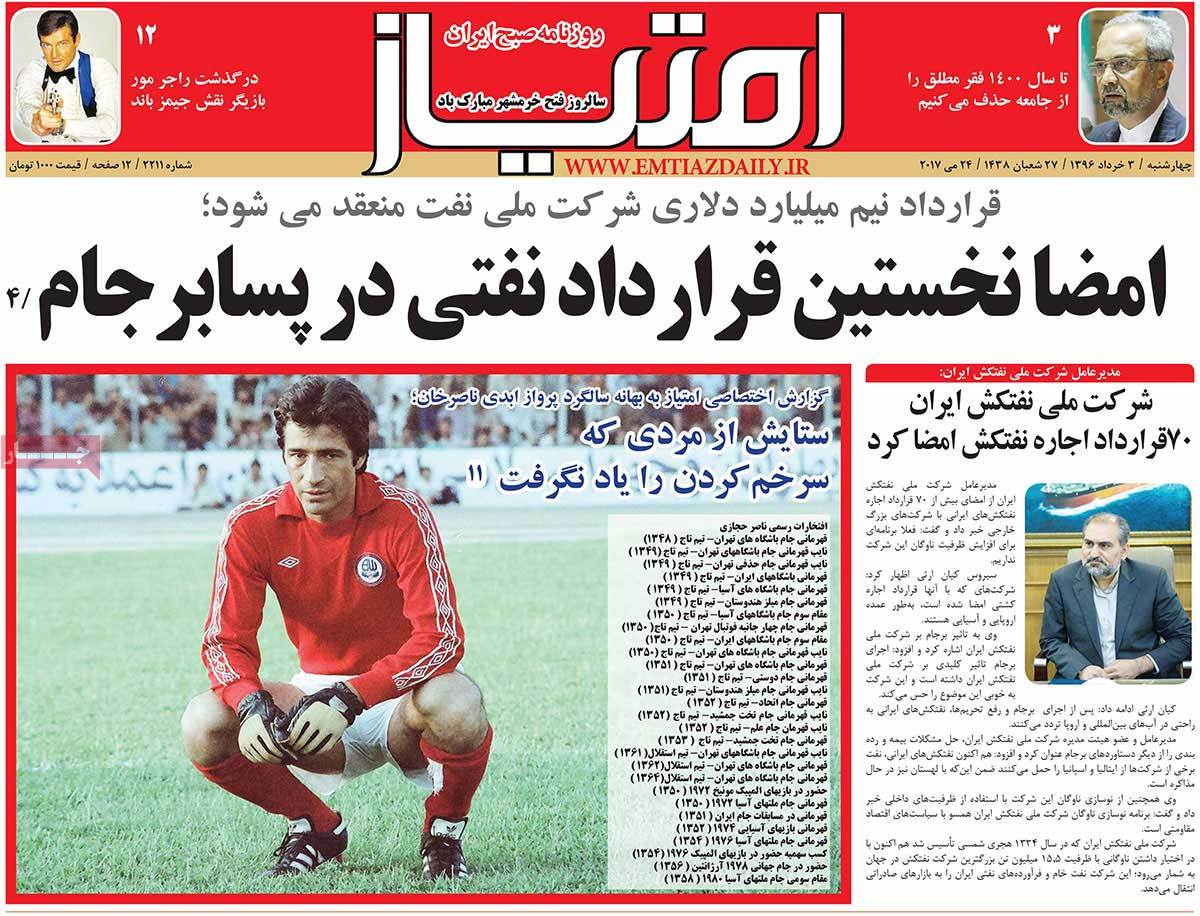 1- Rouhani: People Decided that Everyone Gets Back to Train of Revolution 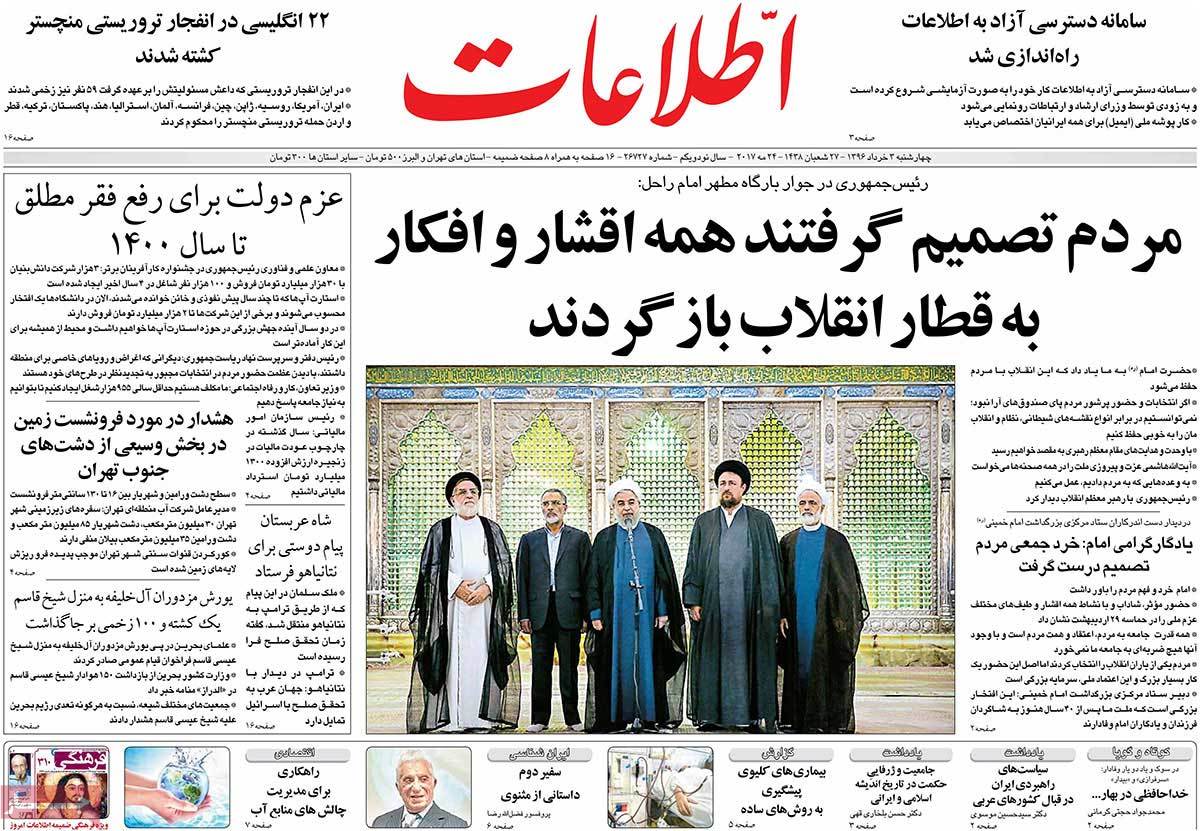 2- Dance in Riyadh, Concert of Death in Manchester 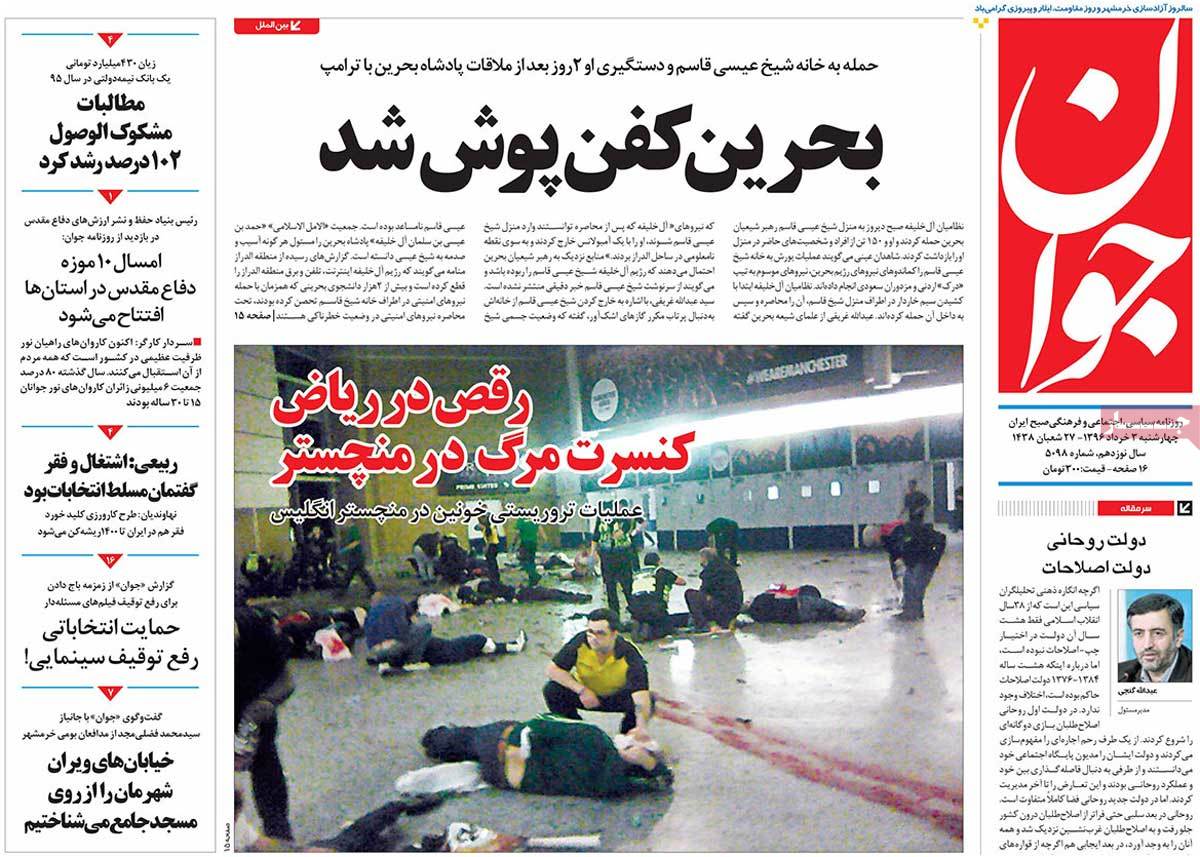 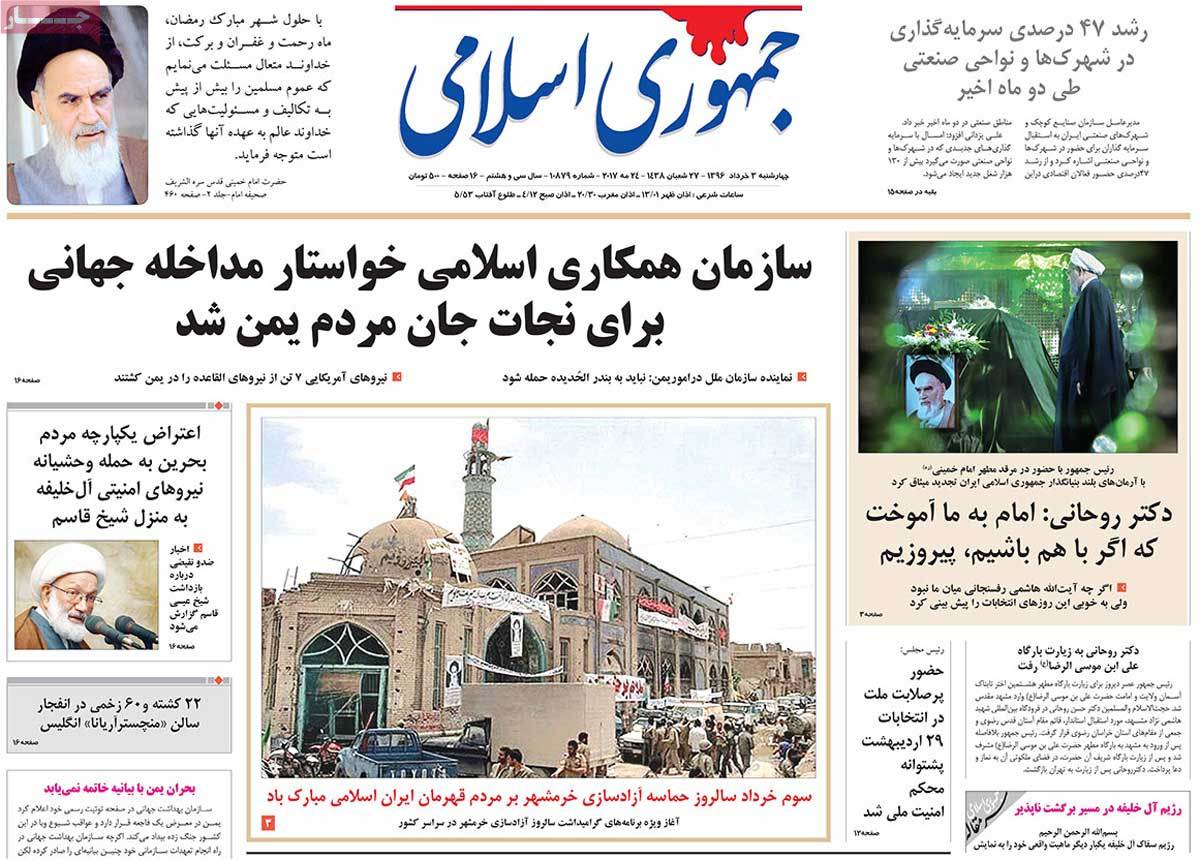 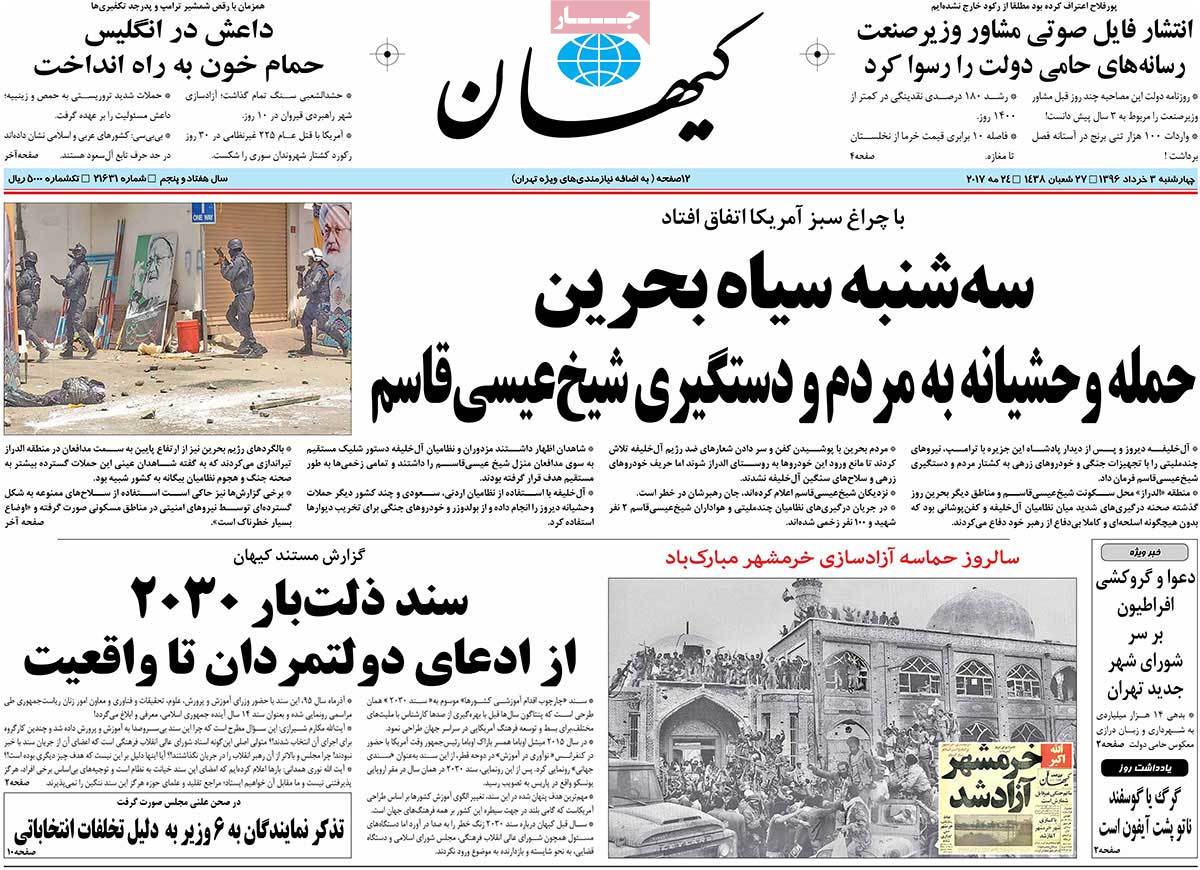 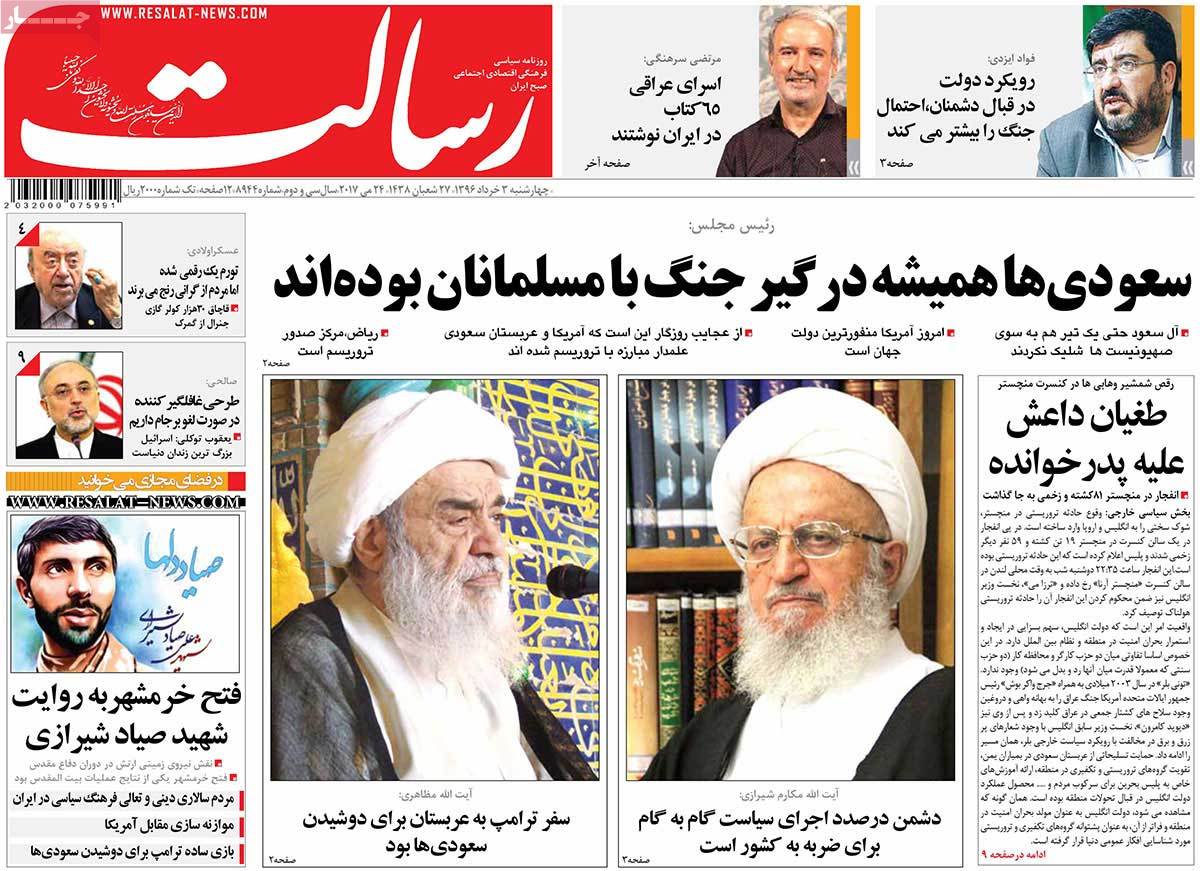 2- Larijani: Iran Respected by the World Thanks to Elections 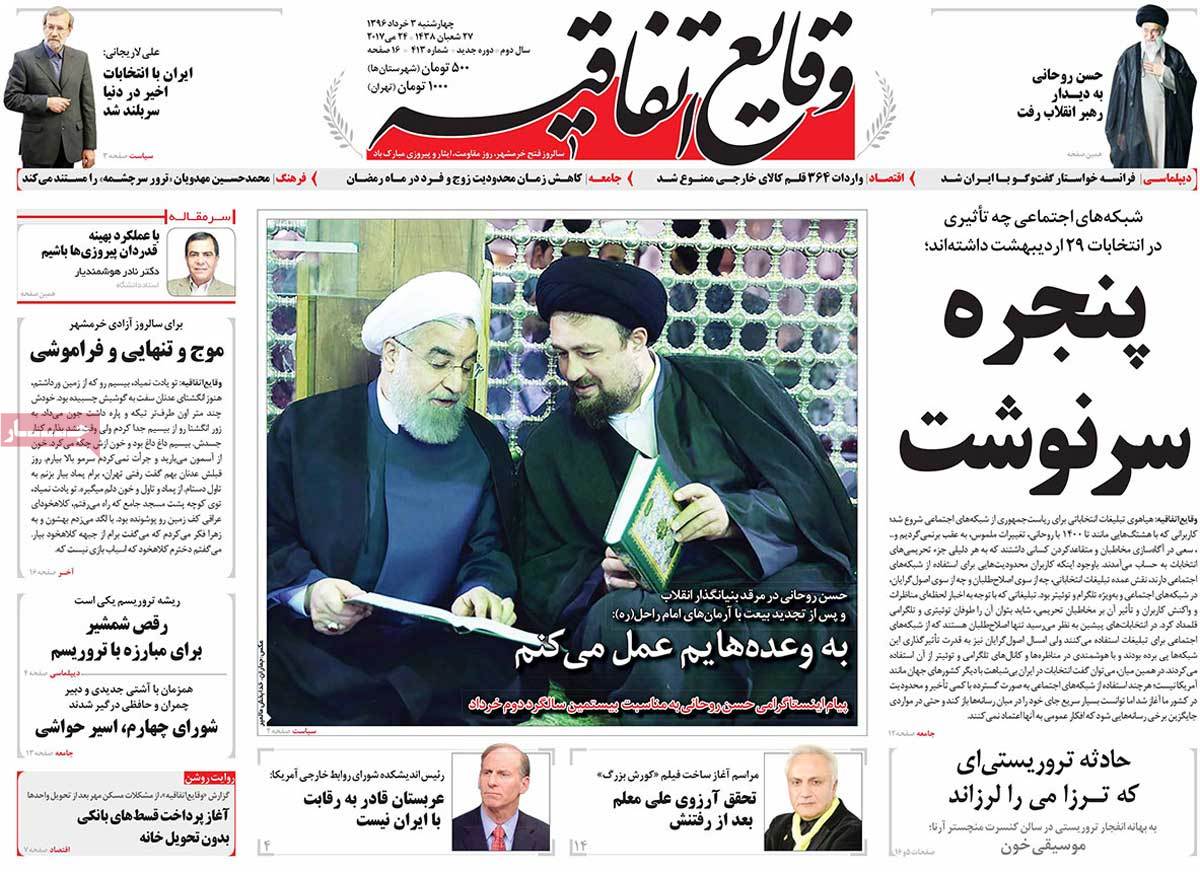