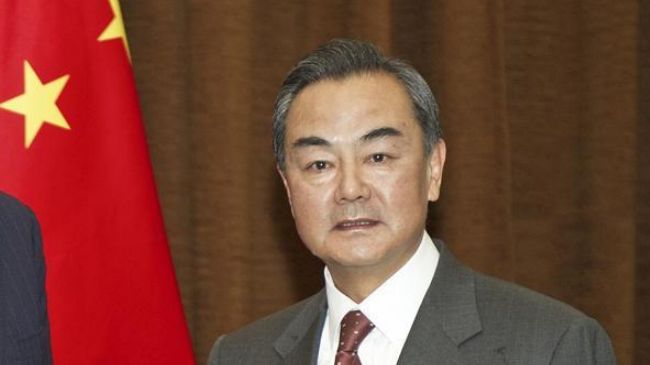 During the meeting in Beijing on Wednesday, Wang described Iran as a highly important country in the Middle-East region, and said Tehran plays an influential role in the establishment of stability in this region.

He also called for continued strategic cooperation with Iran.

Rahimpour, for his part, termed China Iran’s biggest partner, and underscored that this policy and trend will continue.

Referring to the two countries’ good security and regional cooperation, he said persistence on this cooperation can yield fruitful and valuable results for peace and stability in the region.

The meeting was held some days after the Central Bank of Iran (CBI) and China Export and Credit Insurance Corporation (commonly known as Sinosure) signed a Memorandum of Understanding (MoU).

The MoU was signed in a meeting in Tehran attended by CBI Deputy Governor for Foreign Exchange Affairs Gholamali Kamya and Sinosure Vice-President Weimin Zha.

Under the terms of the agreement, the major Chinese state owned enterprise will supply necessary export insurance for offering financing facilities to construction and manufacturing projects to be implemented in Iran and in accordance with future contracts.

As such, institutions as well as public and private companies wishing to finance their projects through Chinese fund, are able to enjoy credit coverage of Sinosure.

Addressing the meeting, Weimin expressed the hope that signing of the MoU could open a new chapter in economic relations between Iran and China and its implementation would benefit the two countries.

In July 2016, General Administration of Customs of People’s Republic of China announced that in the post-sanctions era, Iran’s oil trade with China increased following the removal of the anti-Iran sanctions after landmark nuclear agreement between Iran and the world six major powers (the US, Britain, Russia, France, China and Germany) in July 2015.

Iran is currently the sixth major oil supplier to China.