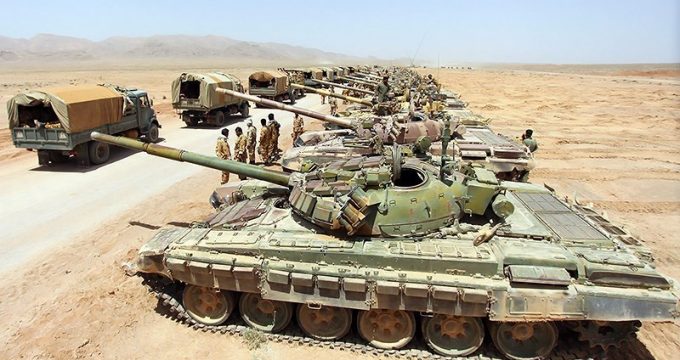 Tasnim – Iran’s Army Ground Force launched a military exercise in central parts of the country on Wednesday to put into operation the latest homegrown weapons.

The war game, codenamed Beit ul-Muqaddas-29, is being held in Nasrabad region in the central province of Isfahan, with the participation of various units including the infantry, the armor units, the artillery, rapid reaction forces, elite commandos of the 65th Brigade, drone units as well as choppers from the Ground Force Airborne Unit.

The purpose of the exercise is to bring into operation the latest military equipment and weapons manufactured by the local experts.

The drill is held on the anniversary of liberation of Khorramshahr, a city in southwestern Iran which had been occupied by Iraq’s Baathist army in the early 1980s.

The energy-rich city was recaptured by the Iranian armed forces on May 24, 1982.

Iran's Army Ground Forces, Iranian military drills May 24, 2017
How re-election of Iranian president Rouhani could affect global economy
“Iran should have been invited to Riyadh Summit”