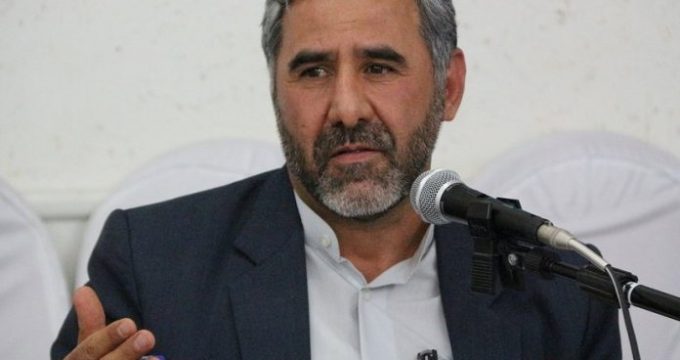 Signing huge deals with US biggest mistake of Arabs

IFP- An Iranian parliamentarian says conclusion of large contracts with the US would bethe Arab states’ biggest historical mistake.

Senior member of Iran’s parliament Gholamreza Kateb has, in an interview with ICANA, weighed in on the ramifications of US President Donald Trump’s trip to Saudi Arabia.

He said the signing of huge deals with Washington would be the biggest mistake that Arabs can make, adding the US President is marketing American products to plunder the wealth of Muslims.

“Donald Trump is more of a businessman and marketer than a politician. His trip to the region is aimed at promoting Iranophobia and looting the riches of Muslims in Arab countries. Unfortunately, puppet governments in the region have injudiciously fallen into his trap,” said Kateb, who is also a member of the Parliament’s Presiding Board.

He said the Islamic Republic of Iran’s establishment is based on independence, freedom and internal power which comes from the people and Islamic teachings.

He noted Iran takes pride in the fact that it has not been under any foreign power’s yoke since the victory of the Islamic Revolution.

“Undoubtedly, Arab Muslim intellectuals and elites will not forget the humiliation and weakness of their rulers, and this issue will lead to an uprising by freedom-seeking people in the near future,” he said.

“As a Muslim, I was ashamed to see my naïve Arab Muslim brothers being so contemptible and cowardly, and I thanked God Almighty for the presence of a brave and prudent Leader in this country,” said the MP.

“This humiliating show will definitely cost them more than the dollars that would be plundered from Arab Muslim nations, and finally they will get bogged down in a quagmire of imprudence and illusion,” the parliamentarian said.

He said Iran has never had an eye on its neighbours and Muslims brothers, and that aggression and attack have no place in Iran’s foreign policy and security doctrine. He added that cooperation can expand within the domains of common cultural, religious and geographical bonds based on mutual respect and national interests.

“If every inch of regional countries’ soil turns into the West’s arsenals, I can say with certainty that they won’t dare fire even a small bullet at the Iranian territory,” he said.

The parliament representative said only the name of Iran has sent chills down their spines, and added if they make a single mistake, then their days will be numbered.

He recommended Arab intellectuals, elite and thinkers vigilantly and tactfully monitor the behaviour of their rulers and work out a solution before it is too late.