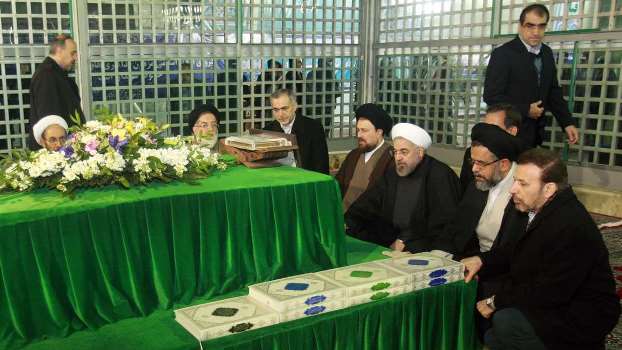 IRNA – In his first working program after winning Iran’s presidential election, President Hassan Rouhani and his cabinet attended the mausoleum of the late founder of the Islamic Revolution Imam Khomeini on Tuesday morning and paid tribute to the late Leader.

They renewed allegiance to the late Imam and laid a wreath at the Imam’s tomb.

President Rouhani and his cabinet were accompanied by Imam Khomeni’s grandson Seyyed Hassan Khomeini, who is the custodian of the mausoleum.

Rouhani was reelected the president of the Islamic Revolution of Iran by securing 57.13 percent of the ballots and garnering over 23 million votes in Friday’s election.