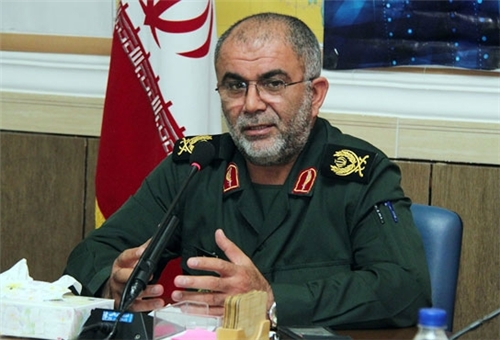 “The Islamic Republic of Iran has intelligence superiority and full operational preparedness in the establishment of security in the Persian Gulf,” General Razmjou said on Monday.

He also underscored Iran’s successful resistance and confrontation against the world arrogance powers, the Zionist regime and other hostile groups.

In relevant remarks in January, General Razmjou underlined that the IRGC Navy is prepared to give a crushing response to any possible enemy threat in the Persian Gulf using the state-of-the-art weapons and equipment.

“The IRGC Navy responds to all threats posed by enemies in the strategic Persian Gulf waterway,” General Razmjou said.

“Being deployed on the coasts and islands and enjoying modern and complicated military equipment proportionate to different types of threats in the Persian Gulf, fortunately, the IRGC Navy responds to any threat by enemies against the Islamic Iran,” he added.

General Razmjou stressed that the IRGC’s Second Naval Zone which is equipped with different advanced equipment monitors all maritime traffic in the Persian Gulf.