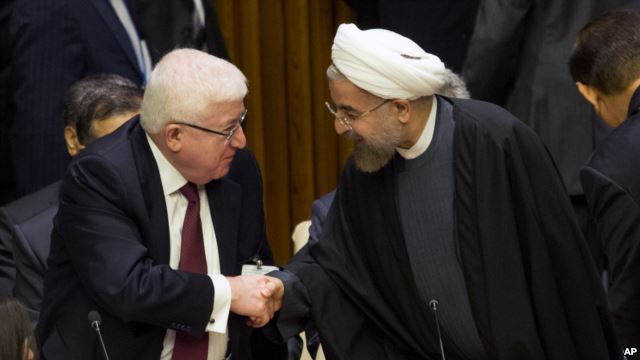 IRNA – Iraqi President Fuad Masum, in a message on Saturday, congratulated Hassan Rouhani on his re-election as the president of Iran.

According to the official statement of the Iraqi government office, the Iraqi president offered his warmest wishes and congratulated Hassan Rouhani on his re-election as the Iranian president.

In his message, Masum hoped success for Rouhani and wished more dignity and progress for the Iranian nation.

Hassan Rouhani, gaining 57 percent of totall votes, was re-elected as the new president of the Islamic Republic of Iran in the 12th presidential election held on Friday.