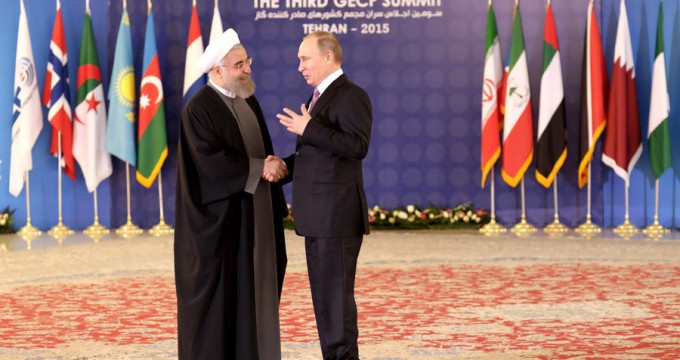 Russia-Iran ‘Relations Will Further Develop’ thanks to Rouhani’s reelection

Sputnik News– The expected victory of Iran’s incumbent President Hassan Rouhani in the national presidential election would foster the relations between Moscow and Tehran which had been actively developing during his first term in office, Leonid Ogul, a Russian lawmaker working in a Russia-Iran parliamentary friendship group, told Sputnik on Saturday.

“Hassan Rouhani advocated a dialogue with Russia during his presidential term. Under his presidency many agreements were reached between our countries. I am convinced that our relations will further develop in case of his victory,” Ogul said.

Russian-Iranian relations have been on the rise since Rouhani was elected in 2013. Moscow and Tehran managed to expand military cooperation and agreed on further development of the North–South Transport Corridor (NSTC). Russia and Iran also share views on the situation in Syria and coordinate their efforts in resolving the crisis.