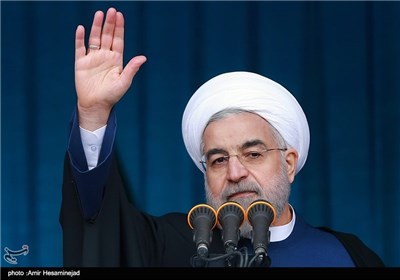 Member of the Expediency Council and the Islamic Coalition Party, Mirsalim, expressed gratitude to Iranian nation for their epic presence in the elections and wished success and good luck for the president-elect.

I hope he could increase public confidence on the Islamic Republic, improve national unity, adopt good management, compensate for the lost opportunities, promote Iranian true dignity and progress of the Iranian Islamic homeland and confront against the exclusion, corruption, tyranny and oppression, during his 4 years in tenure.

The other candiadte, Mostafa Hashemitaba, Iran’s former minister of industries and vice president, also congratulated Mr. Rouhani on his victory in the 12th Iranian presidential election, held on Friday.

“Once again the Iranian nation elected Mr. Hassan Rouhani as their president, demonstrating their maturity and power in diagnosing their interests,” the message reads.

He also praised Iranian nation’s massive turnout following the valuable guidance of the Leader of Islamic Revolution, as well as the efforts of Guardian Council, Ministry of Interior, IRIB and other stakeholders who helped alot hold wise and good elections.

He hoped Mr. Rouhani would continue his efforts to work for Iranian nation, trying more and more to keep the dignity of Iran as a habitat for Iranians, strength and endurance of the Islamic Republic of Iran, helping to eliminate the exclusion of disadvantaged and deserving people, upgrading agricultural materials, creating more employment through the production of exported crops and taking full advantage of tourist facilities, in his new tenure.

The incumbent President Hassan Rouhani, retained office by winning the 12th round of presidential elections with more than 22 million votes.