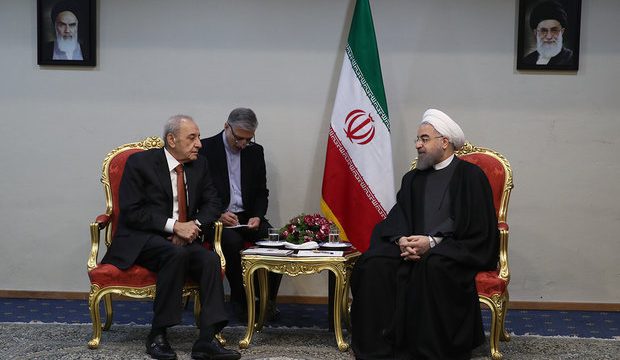 IRNA — Lebanese Parliament Speaker Nabih Berri on Saturday in a message congratulated Hassan Rouhani on his re-election as president of the Islamic Republic of Iran.

‘It is my pleasure to congratulate Your Excellency for success in achieving Iranians confidence and re-election as president of the Islamic Republic of Iran,’ Berri said.

Berri wrote that your country witnessed a democracy festivity and high participation of Iranians caused our pleasure.

President Hassan Rouhani by obtaining more than 23 million votes (57 percent of total turnout) was declared as winner of the 12th presidential election in Iran.

More than 70 percent of eligible persons voted in the 12th presidential election on Friday.