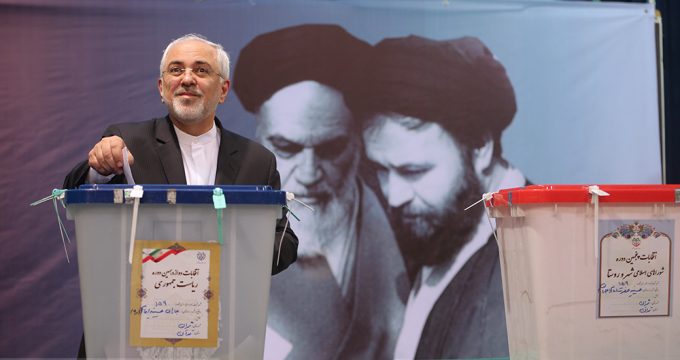 IRNA – Minister of Foreign Affairs Mohammad Javad Zarif cast his votes in the 12th presidential and the 5th city and village councils elections on Friday.

Voting stations opened in Iran at 8am local time (03:30 GMT) on Friday for the 12th presidential and the fifth city and village council elections in about 63,500 polling stations.

Polling stations are open from 8am until 6pm local time (3:30am to 1:30pm GMT) although authorities have announced that the country’s 63,500 polling stations could extend their voting time if necessary.