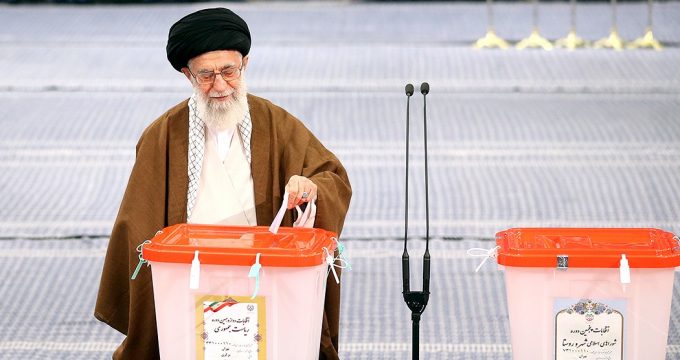 IRNA – Supreme Leader of the Islamic Revolution Ayatollah Seyyed Ali Khamenei arrived in polling station No. 110 Friday morning and cast his vote in the 12th presidential and fifth city and village council elections.

According to reports, over 56 million of Iranians are eligible to go to the polls.
Out of the total eligible voters over 1.3 million are those who vote for the first time.

First Vice-President Eshaq Jahangiri and Mayor of Tehran, Mohammad Baqer Qalibaf were other presidential candidates who quitted the presidential race to support their favorite candidates (Rouhani and Raeisi respectively).