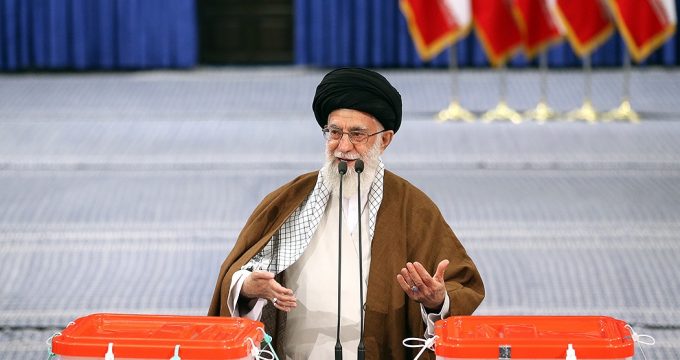 Leader: Iran’s destiny in hand of all people

IRNA – Supreme Leader of the Islamic Revolution Ayatollah Ali Khamenei said the presidential election is very important, stressing that the fate of the nation and electing the head of the executive power is in the hand of all individuals from all walks of life.

The Leader made the remarks after casting his vote in the 12th presidential and fifth city and village council elections here on Friday.

Ayatollah Khamenei described the elections as great blessing calling on the people for a big turnout.

“I advise people to have a broader participation and come to the polls as soon as possible.

‘I believe the presidential election is vital and I call on the Iranian people to pay heed to the importance of the event,’ the Leader added.

The Supreme Leader also acknowledged the job done by media people that help show the world the landmark political event in the Islamic Republic.

In addition to Iranian journalists, some 570 international journalists from 42 countries are covering the great event in Iran.

First Vice-President Eshaq Jahangiri and Mayor of Tehran, Mohammad Baqer Qalibaf were other presidential candidates who quitted the presidential race to support their favorite candidates (Rouhani and Raeisi respectively).